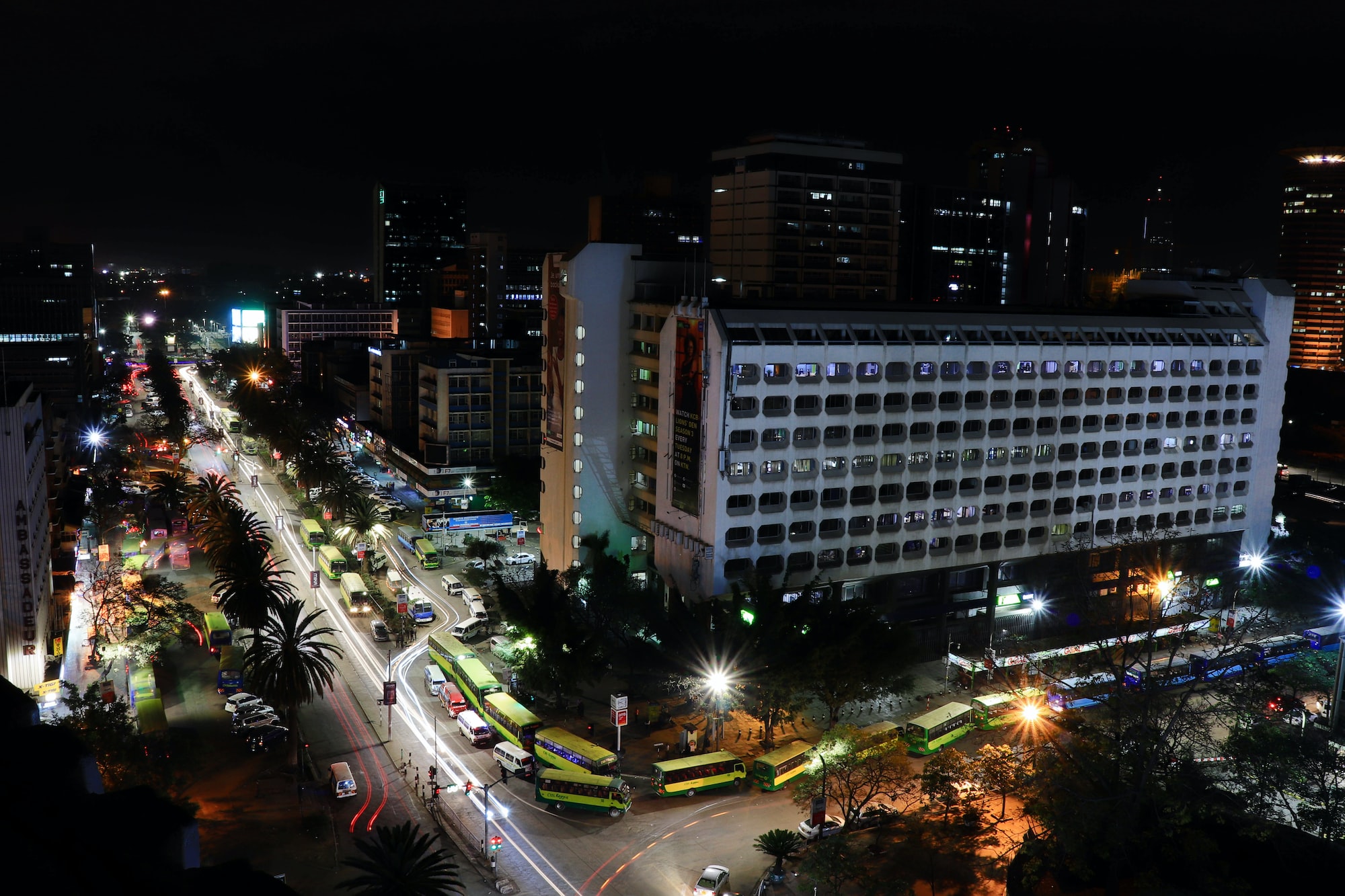 In the 1970s, a new medium of communication emerged in the slums of Nairobi, the bustling and cosmopolitan capital of Kenya. Originally created as a secret language for Kenyan youth growing up in multicultural, multilingual urban environments, Sheng has become widely recognized as a linguistic phenomenon that goes beyond traditional slang. Its increasingly common use in Kenyan society testifies to a yearning to move past traditional forms of identity and toward new group solidarities and identities beyond ethnicity. Sheng has developed as a way for the Kenyan youth to emerge as a unique group within Kenyan society with new modes of interaction and socialization that celebrate the fluidity of culture and identity.

Seventy-five percent of Kenya’s population is younger than 35 years old. Urbanization has been rising quickly since the end of the 20th century, especially for younger populations seeking economic opportunities in urban cities. The flow of Kenyans from ethnically fragmented rural areas to urban centers have meaningfully increased cities’ diversity, and, consequently, the occurrence of interethnic interactions and linguistic shifts among urban populations.

The capital’s less-affluent Eastlands, referred to as “the ghettos” in Sheng, are especially diverse. They act as a melting pot wherein the 42 Kenyan tribes interact frequently and live in close proximity. In these streets, it is not uncommon to hear calls in Kiswahili (the native name of Swahili), English, and all of the more than 40 ethnic languages spoken in the Kenyan territory. Each of these languages serves a specific purpose. English is used for international commerce, higher education, and national administrations, while Kiswahili is used for interethnic social interactions and grassroot or local administration. Both are the country’s official languages and used for instruction in schools: Kiswahili in lower primary and English through upper primary and high school. Ethnic languages serve a different purpose: they are the languages of tradition and heritage, symbolizing one’s tribal identity.

Most Kenyans grow up as multilingual and multicultural individuals. In Nairobi slums especially, children interact with peers from other ethnic groups and are exposed to a myriad of different languages that shape their own speech from a young age. It is typical to hear instances of language mixing and code-switching, which is the process of shifting from one code to another based on social context; in linguistic studies, a code depicts a language, dialect, or any shared system of communication that is linguistic in nature. Typically, code-switching is used by multicultural individuals to balance a sense of ethnic identity with a sense of belonging to the larger community. Kenyans will often speak their ethnic language with their parents and co-ethnics, and switch to Kiswahili or English for interethnic communication. These linguistic habits facilitated the emergence of Sheng in the 1970s.

While Sheng is based on the grammatical structure of Kiswahili, its lexicon is adapted from the mainstream English, Kiswahili, and ethnic dialects, and surprisingly integrate Hindi, Spanish, and American slang as well. Words from these languages are borrowed, truncated, or adapted to fit Sheng’s acoustics. Sometimes, new words derived from topical news events are used, such as Kosovo, which means “dangerous place”, or Rwanda, which means “to beat up or kill.” These are derived from the Bosnian War and the Rwandan genocide, respectively. Finally, the lexicon is supplemented with unique terms coined by Sheng speakers, such as chappa, which means money. Initially, Sheng was a fluid, shifting language which was stigmatized and rejected by older generations of Kenyans. Now, it has developed more systematic linguistic patterns, albeit with geographic variations, and has become the primary language for a growing community of young speakers who are imparting it on their children.

What has interested sociologists and linguistic researchers most about Sheng is understanding the reason for its emergence. The creation of new languages often occurs out of necessity, when intergroup communication is inhibited by linguistic barriers. The most common example of such languages is pidgin, which developed from the 16th to the 19th centuries between Europeans and non-Europeans throughout the world for trade or agricultural purposes.

However, due to the linguistic abilities shared by most Kenyans suggest that they rarely have trouble communicating among themselves, even across tribal and cultural differences. Sheng also differs from typical slangs and vernaculars—such as French Verlan, African American vernacular, or London slang—in that it is an actual language with a grammatical structure and unique lexicon that can be unintelligible to non-speakers. How do experts explain, then, Sheng’s emergence in the 1970s and subsequent popularity? Half a century ago, Sheng emerged from a desire for the construction of a new identity, specific to the urban youth of Kenyan slums. Since then, following generations have embraced it as a unique language that represents the cultural and linguistic diversity surrounding them as they grow up. Most significantly today, it symbolizes a desire to bridge the divides that pervade in Kenyan society.

The urban youth of Kenyan slums are faced with dilemmas that their ancestors in rural communities did not confront during their lives. Increasingly, Kenyan youth resent the various divides in society: tradition versus modernity, rural versus urban, and ethnic versus national identities. These divides are exemplified by Kenya’s established linguistic scene where English is the language of modernity, Kiswahili is the language of tradition, and mother-tongue languages are ethnic heritages. Through Sheng, Kenyan youth have seized the opportunity to reappropriate these languages for themselves, opening up avenues for renegotiating their own hybrid identities and cultures. As described by Michela Wrong, a British journalist who spent her career covering events across the African continent, in her book It’s Our Turn to Eat, “only Sheng, with its rich, shifting mix of associations, can express the kaleidoscopic entity that is the modern Kenyan.”

Sheng serves the typical functions of youth-originated slangs; like French Verlan and African American vernacular, it epitomizes the urban youth subculture in music, media, and fashion, and serves as the marker of a distinct identity from that of older, rural, and more traditional populations. Beyond these factors, however, Sheng embodies a unique and conscious attempt at bridging and abolishing the divides that polarize Kenyan society.

There are few countries that suffer from as severe ethnic fragmentation as Kenya. Its citizens experience acute ethnic self-awareness and tend to demonstrate strong preferences for their co-ethnics. Antagonistic relationships between different groups tend to have devastating effects on the economic, social, and political realms, causing widespread corruption, poor labor mobility, and political polarization to the point of a potential coup d’état. Importantly, as in many other colonized nations, “tribe was not so much inherited as it was invented,” claimed British scholar John Lonsdale. British colonialism in the 1900s increased ethnic fragmentation by distributing welfare and land on a strictly ethnic basis and by pitting different tribes against each other, Wrong describes.

Since that era, ethnic affiliation has continued to determine one’s access to political goods and economic opportunities. Wrong explains that public services continue to be unequally distributed across ethnic lines. A Kikuyu citizen, for example, can expect to live 23.4 years longer than his Luo counterpart on average, suggesting better healthcare and living conditions. Similarly, 12 percent of households in Central Province (where Kikuyu tribes live) have access to piped water, versus one percent of households in North Eastern Province. Notably, Kenya had a Kikuyu President, Mwai Kibaki, from 2002 to 2013, which might explain why the Kikuyu were long favored by public policies. Because of these practices, perceptions of ethnic inequality among Kenyans are high and continue to spur resentment between groups and ethnic fragmentation throughout the country.

So, where does Sheng fit into this complex ethnic division? Many scholars see it as a positive evolution, a sign that the new generation of urban Kenyans could be breaking free from the ethnic hostility and communitarianism that currently reign in the country. Sheng-speaking youth do not disavow their ethnic heritage; on the contrary, they include their native lexicons in the construction of the language. However, they also embrace their unity as an internethnic entity, as a group whose identity is more than just ethnic identification. Professor Mungai Mutonya, senior lecturer at Washington University, whose research has focused on understanding the social and linguistic changes that occur in densely multilingual African communities, commends Sheng as having a “detribalizing effect.” Of those who are united by the language, he says, “they are not Kikuyus, they’re not Luos … they are Nairobians, young Nairobians speaking Sheng.”

Today, Sheng has expanded outside the limits of Nairobi to other urban centers in Kenya. It has evolved from a stigmatized code from the ‘ghettos’ to a prominent language that symbolizes linguistic innovation, identitary rebellion, youth, and the rejection of tribal identities. It represents the construction of a linguistic third space between tradition and modernity, between Kenya and the globalized world. Today, most school-going children and teenagers in Kenya’s cities are active speakers of Sheng, and it has permeated Kenyan culture. A popular genre of music in Kenya today is Gengetone, whose primary language is Sheng. David Mathenge, a popular Kenyan artist known by his stage name, Nameless, explains that “it’s so interesting how Sheng uses words or products that we are familiar with to create emphasis.” Nick Chege, a Kenyan comedian known as Kartelo, adds that “the use of Sheng in the industry has given youth back in the hood a sense of belonging and hope. [It] has created a certain wave in the streets whereby the youths are now staying away from crime and engaging in art.”

Beyond the cultural realm, Sheng has even permeated the mediatic and political realms. Advertisements use Sheng to appeal to young consumers, and politicians do the same to reach young voters, who comprise a significant portion of the electorate. Kenyan politician Rachel Shebesh, for example, campaigned in 2012 with the slogan ‘Manzi wa Nairobi,’ which means ‘girl brought up in Nairobi.’ She used the Sheng word manzi for “girl” as a deliberate effort to identify with the urban youth. According to Kenyan magazine The Standard, “It was a trick to entice the huge group of youthful voters to vote for her. It worked.” Sheng has become a necessary marketing tool for both politicians and businesses in urban areas. Banks, retail brands, and even global companies like Coca-Cola often use slogans in Sheng to reach younger customers.

To some, Sheng may seem like just another youth-originated slang, intended to embody generational rebellion and shun the older generations. The reality however, is that Sheng represents much more. It imparts hope for a more united country, one that manages to bridge the gaps between tradition and modernity while breaking down ethnic barriers through pure linguistic innovation.