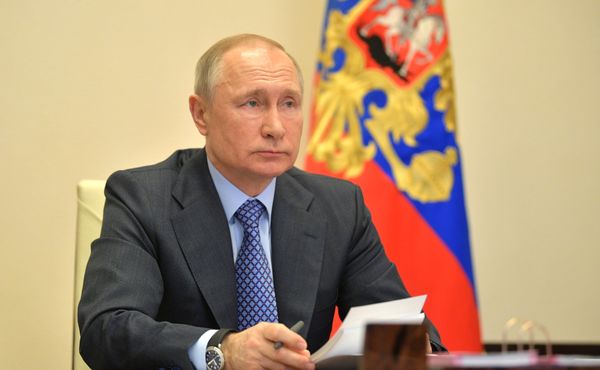 When President Vladimir Putin first came to power in 1999, the appointment of this former KGB officer surprised many. That was two decades ago. Now, he could become the longest-serving leader in the history of Russia. Through a voting process that spanned a week, Russians voted with a 78 percent majority in favor of introducing new constitutional amendments. Among these is an extension of Putin’s ability to serve in presidential office, resetting his term limits to zero and potentially keeping him in office until 2036. While these changes were promoted on the grounds of maintaining stability and continuity in Russia, the fact remains that these changes are among the biggest since the adoption of the constitution in 1993.

This plebiscite as well as the amendments themselves have drawn criticism from the opposition. The process was called undemocratic by critics and was considered unequal in support for campaigning efforts. This difference in campaigning efforts, which created an uneven playing field, likely favored these amendments and increased support from voters. Overall, the process by which the plebiscite was conducted has led many outside critics to question the validity of this process, as well as worry about the implications of these changes. Despite these concerns, for many Russians, Putin’s time in office has been marked by a stability that was not enjoyed during the 1990s. Votes in favor of the amendments emphasize the support that he continues to enjoy even in the midst of a pandemic that has further weakened the Russian economy.

With Putin’s continued consolidation of power comes an important question: what does Russia’s future look like? In a system where the man has become synonymous with the government, what impact will this extension of power have? In understanding what the future holds, it is crucial to consider the people behind the system, “Generation Putin,” which has grown up in this homogenized political environment. These people have not known a time without Putin as their leader. Characterized largely by political indifference, they are “born in this system, and the system is in [their] brains.” Yet, even with their identities so largely shaped by Putinism and his efforts to build nationalistic sentiment and loyalty among citizens, it is this younger generation that holds the most power in bringing change.  Given their increased use of channels less heavily monitored by the Kremlin, as well as the lack of the lived experiences that Putin so heavily appeals to through his nationalistic and traditionalistic rhetoric, these individuals are the ones who can shift the identity for the entire country. The question is, will they do it?

The Man and the System

Putinism as a political system is fascinating. How has Putin been able to consolidate and maintain power for so long? The model of informational autocracy has allowed us to better understand his system of power consolidation. Under this system, leaders use information as a means of gaining and maintaining power. This leads to the distortion and manipulation of information in order to gain support from voters, which allows these leaders to lead a seemingly democratic government.

The control and manipulation of information has come up in many different forms under Putin. Controlling the media and obtaining political power through the backing of the United Russia political party and the Kremlin officials has allowed him to shore up power and exercise control in a more subtle manner than a violent dictator would. Instead, by understanding the power of information, he has been able to shape the public attitude in his favor and consequently build nationalistic sentiment among Russian citizens. This has allowed Putin to create his famous “power vertical,” which centers power around him and allows him to exercise control in all parts of the government.

Overall, Putin’s Russia cannot be considered a full dictatorship, given the fact that democratic institutions are set up in the country. However, it cannot be considered a democracy either. By shoring up power over the past two decades, Putinism has created a political culture centered around one man. This puts Russia in a vulnerable position: as a single leader becomes more synonymous with the entire system, it becomes more and more difficult to transition power if and when necessary. In spite of this, many Russians continue to support Putin for the supposed stability and continuity he brings to their country. After the fall of the Soviet Union and the economic chaos that ensued, Putin’s law and order approach brought the stability that Russians had been craving so desperately. Due to this aversion to uncertainty and bad memories of transition gone wrong, the prospect of change frightens many Russians, allowing Putin to maintain support.

Putin’s approach to maintaining order has come at a cost. While Russia saw sustained economic growth during the first part of his rule, the annexation of Crimea and the economic sanctions that followed severely impaired the ability to sustain the economic growth that had given him such high levels of support previously. Now, the COVID-19 pandemic has further weakened the Russian economy as gas prices have tanked, leading Putin to instead focus on nationalistic appeals in the lead-up to the vote. It would seem that these problems would weaken Putin’s control. However, given the results of the vote for amendments, it appears that Putin’s informational strategy has been effective in repackaging hardship to the Russian people. Furthermore, the extension of his rule will only allow him to continue holding onto power in Russia, further shaping and molding the public’s view of him.

While the traumatic end of the Soviet Union and the economic collapse that followed have given Putin a political platform, the ability to maintain this position revolves around his ability to continue manipulating information and maintaining the loyalty of Russians. This is where Generation Putin comes in. There is no denying that this subset’s identity and attitudes are largely shaped by Putin’s rule, as Putin had the opportunity to shape their world for the entire duration of their life. Given Putin’s efforts to consolidate power and build support for himself, it is not surprising to see a sense of loyalty to Putin among this younger generation. Furthermore, the monotonous political environment created under Putin has also created many divannye kritiki (sofa critics) who criticize the system yet do not take action due to their apolitical nature, as well as their lack of belief that any real change is possible.

In spite of this, Generation Putin also has the greatest ability to see past Putin’s monotonous rule and make improvements to the current state of politics in Russia. Perhaps the most crucial factor in potential action for change is the fact that Generation Putin spends more time on media channels that are less tightly controlled, namely the internet. In the Russian media industry, television is the largest sector of the media industry and the main source of news for the large majority of Russians. As a result, most of Putin’s efforts directed at consolidation of the media have been directed at television. With most channels being either state-owned or controlled by companies connected to the Kremlin, this has allowed Putin to share a pro-Kremlin message with viewers across the board.

The internet, on the other hand, is not as tightly controlled as traditional media. While the Kremlin has nonetheless worked to restrict the internet, it still helps provide users with a wider range of information and perspectives. Hence, Generation Putin, which uses the internet much more frequently, also has access to additional perspectives and hence is able to form their own opinions and views on the Putin regime outside of what is presented through the lens of the Kremlin. While the generation’s lack of political interest does counteract this ability for greater political awareness, the ability to access information using the internet does help make it more likely that this group of people can become more passionate about improving their country’s political state. Additionally, with their political identities being influenced by more than the Kremlin’s information, these alternative perspectives allow them to be more critical of the system and advocate for improvements that they would not have otherwise.

What’s Next for Russia?

It would be rash to expect a full government turnover and an end to the Putin regime. The desire to maintain stability is one that is shared by many within Russia. Raised to be highly nationalistic, Generation Putin also continue to value stability and peace within their country and consequently the Russian political system. However, given their access to information, this generation is also more likely to advocate for improvements to aspects of the system to make it more democratic.

In spite of these changes to the constitution, Putin has yet to confirm whether or not he will run for office again. As more time passes, it will become clearer whether Russia’s constitutional amendments will further embed Putin in the Russian identity or not as he continues to shore up power. Until then, examining whether the Putin generation will protest for a more truly democratic Russia will provide us with some insight on how successful Putin will be.