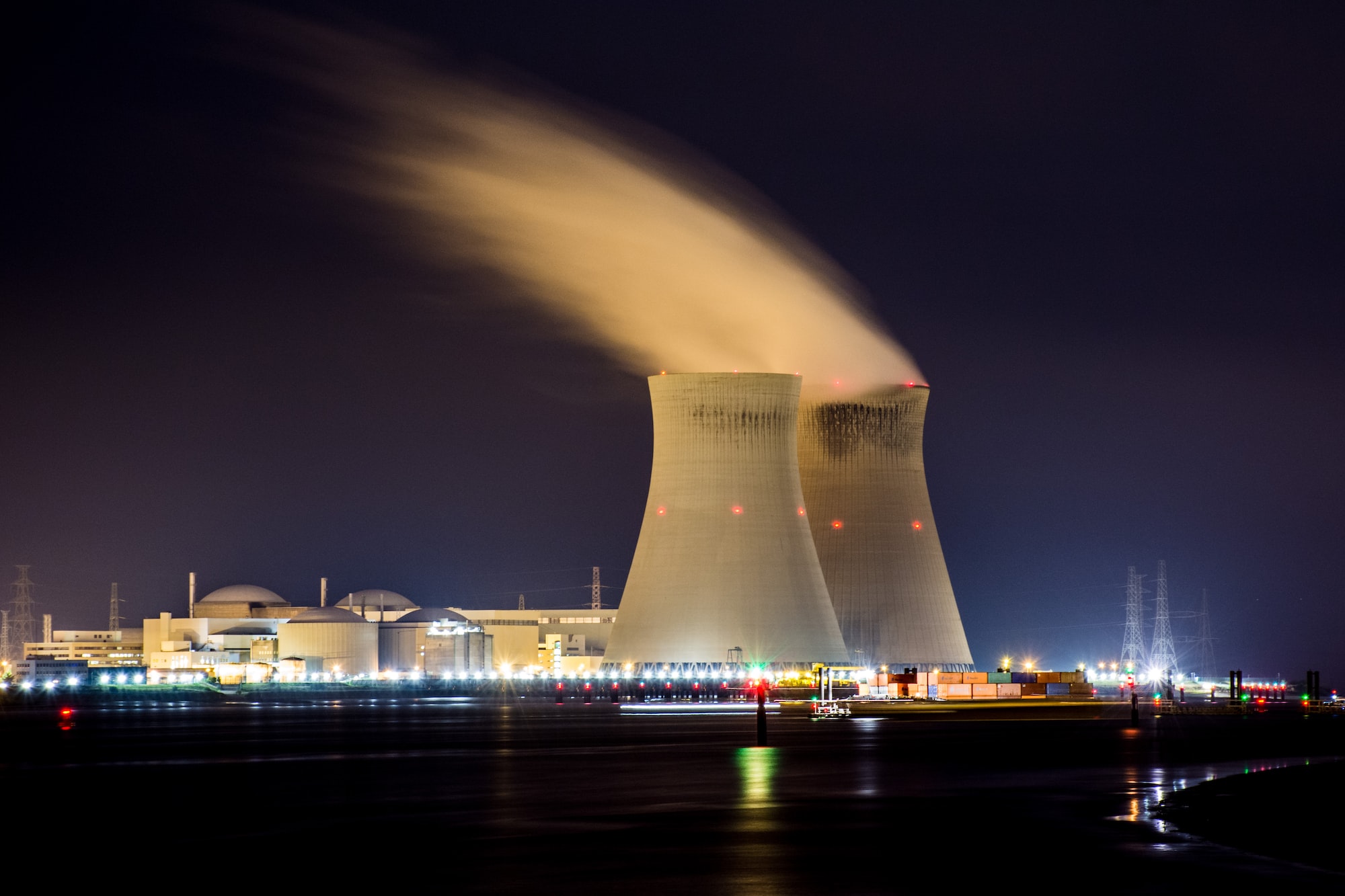 On March 11, 2011, the Fukushima Daiichi Nuclear Power Plant in Japan melted down as the result of a 9.0 magnitude earthquake. Following the earthquake, there were radiation leaks, contamination in the Pacific Ocean, and widespread power outages. The Fukushima accident was a critical turning point for nuclear power and inspired nuclear skepticism around the world. In response to the tragedy, nations adopted a range of stances, from Russia’s renewed investment in nuclear energy to Germany’s decision to phase out nuclear power altogether. Anti-nuclear countries have cited nuclear radiation and the potential for meltdowns as the main reasons behind their decisions to prohibit nuclear power. Many countries reliant on nuclear power cite its lack of emissions as a reason that it is environmentally-preferable to other energy sources. However, Russia and China face different circumstances that affect their attitudes towards nuclear power. The bulk of their recent nuclear activity has stemmed from exporting nuclear power to other nations as a tool of foreign policy influence. Rather than conceiving of nuclear power solely as a tool for powering a domestic grid, these countries have utilized nuclear power as a foreign policy operation. With such a complicated calculus, countries, such as Russia, China and the United States, must weigh how they engage with nuclear power both domestically and as a foreign policy tool.

Beyond utilizing nuclear power as a domestic energy source through the construction and operation of floating nuclear power plants, Russia has exported nuclear power to other countries as a tool of foreign policy influence through ROSATOM. The specific terms of nuclear exportation differ depending on negotiated terms; in many cases, the exporting nation exports nuclear technology to the importing nation, financially invests in the project, and assumes a level of financial risk with the potential for financial gain and foreign policy influence. Currently, 12 countries have active ROSATOM plants, with Belarus’ water-water energetic reactor unit, VVER-1200, being the newest addition. Russia’s foreign orders total US$133 billion and are continuing to increase. On September 22, 2020, ROSATOM signed an agreement with the African Commission on Nuclear Energy (AFCONE) to solidify Russia as the supplier of nuclear power plants in the region. One of Russia’s primary motives for these nuclear energy agreements is to exert regional influence through maintaining control of many energy sources on the continent.

While these developments have benefitted Russia, rival nations, such as the United States, have raised concerns about the power that Russia could wield. In 2019, 38 American foreign policy experts wrote the US Congress a letter, in which they outlined ROSATOM’s nuclear power exporting as a means for Russia to increase their influence on the power-importing countries. Russia’s nuclear power operation differs from the United States’ as ROSATOM is state-owned, whereas American nuclear power companies are privately-held. As such, it is easier for a nation like Russia to negotiate these agreements than it is for the United States. This also creates a shared interest of both profit and state influence for ROSATOM since the state and the corporate entity are one and the same. This differs from the United States where a private nuclear corporation, like Westinghouse, might have different interests than the State Department. Moreover, Russia’s nuclear deals have increased importing nations’ reliance on nuclear power even in the face of post-Fukushima nuclear skepticism. Russia’s willingness to finance and export technologies has given importing nations a reason to choose nuclear energy even if those nations fear the potential negative consequences of nuclear power. Russia’s intertwinement of state power and energy has added nuance to the global energy debate and has increased other nations’ reliance on both nuclear power and the Russian state.

The CNNC: China’s Answer to ROSATOM

China’s nuclear ambitions extend beyond the region of southeast Asia. Currently, China is building four nuclear power plants in other countries and has plans for 16 more. Although Russia pioneered the idea of exporting state-owned nuclear power as a means of control and influence, China is seeking to become the world leader in this area. Nuclear contracts are a zero-sum game since each importing nation presumably only needs one country to finance energy projects. As such, the state-owned nuclear power entities of ROSATOM and the CNNC must compete for energy contracts and make their case to potential partnering countries that they offer the best services. While Russia has more ongoing projects than China, China’s nuclear-exporting program is newer and is on a trajectory for significant growth.

The bold stances taken by Russia and China have put the United States in the complicated position of reconciling domestic anti-nuclear sentiments and the need to compete with Russia and China on the global stage. Currently, the United States maintains a significant percentage of the world’s nuclear power plants, but that number is expected to decrease. Out of the 440 nuclear reactors around the globe, the United States is home to 94 of them, with five nuclear power plants in Illinois and New York expected to close due to rising costs of operation. The US Energy Information Administration (EIA), the federal agency tasked with reporting trends in US energy consumption and production, projects that solar and wind will provide for the majority of new energy production in 2021. Conversely, the EIA expects nuclear and coal power production to be reduced to nearly half of its current levels by 2050.

In spite of these EIA projections, nuclear energy still has the potential to make a comeback in the United States. The 2020 year-end omnibus bill increased funding for nuclear power and authorized updates to reactors. Similarly, the potential for more employment within the nuclear sector has led to calls to revive the sector. The domestic anti-nuclear attitude does not represent a monolithic opinion of the American public, as demonstrated by these recent efforts to revive nuclear power.

Beyond the domestic benefits and detriments of nuclear power, the United States must consider the global stage in its future nuclear considerations. Concerns of being surpassed in climate leadership by China and Russia have also convinced the Energy Department to continue pursuing nuclear energy as a power source. The United States is at a disadvantage for exporting nuclear power when compared to Russia and China, since US nuclear production is largely privatized, whereas ROSATOM and the CNNC are state-owned. The United States currently has been hesitant to intertwine foreign policy objectives and private corporate business. Additionally, the United States requires any potential partner nation to adhere to the 123 Agreement, which pledges proper use of nuclear material, before any transaction can take place. This provides another barrier that Russia and China do not face. The lack of compliance with the 123 Agreement could provide an incentive for importing nations to choose to sign a contract with Russia or China instead of the United States. The necessity of 123 Agreement standards limits the United States’ flexibility in pursuing and negotiating nuclear export deals. The combination of this bureaucratic limitation along with the United States’ privately-owned nuclear sector create an uphill battle for the United States to enter the nuclear-exporting battle that it already has fallen behind in.

Nuclear energy export deals signed in October 2020 represent a clear shift in momentum for the United States. In August 2020, former US State Department spokesman Ambassador Joseph Ereli noted his concern that the United States had zero overseas nuclear power plant construction projects. Just two months later, the United States signed agreements with Poland and Romania to build eight new Westinghouse nuclear power plants (six in Poland, two in Romania). Building nuclear power plants in ex-Soviet nations is especially noteworthy given their geographic proximity to Russia and the historical sites of conflict in Eastern Europe. Moreover, China offered Bulgaria the opportunity to build CNNC plants there, but Bulgaria instead opted for the US Westinghouse nuclear plants. This deal was significant and showed the potential for how a US public-private partnership could operate since the US Government and Westinghouse, a private company, cooperated to reach a deal with Bulgaria. As the United States’ nascent nuclear energy export program continues to grow, its battles with ROSATOM and the CNNC for contracts around the globe will provide another avenue in which the world’s powers will compete. Russia and China have emerged as the global leaders in the nuclear-exporting sector, but there still is room for the United States to take back the lead that they had abdicated. The cases of Poland, Bulgaria, and Romania demonstrate that there are countries who are eager and willing to partner with the United States rather than Russia or China. It is up to the United States to make its nuclear power exportation deals appealing enough for more countries to partner with them.

Looking to the Future

Nuclear power has two primary implications for the future: environmental impacts and geopolitical impacts. Countries around the globe have all staked their claim in the energy debate by investing in different energy sources. Global emissions rates are a cooperative and global effort, which means that the actions of even just one country contain significant ramifications for the entire world. Energy planning tends to be measured by decades, but the actions taken now affect the future and the possibilities that may unfold. Russia’s, China’s, and the United States’ willingness to invest in other nations’ nuclear infrastructure might shift countries to use nuclear power when they otherwise might not have. While the discourse surrounding nuclear power contracts will likely center around geopolitical consequences, the environmental ramifications ought not be overlooked.

The intersection between energy as a necessity and energy sources as a tool for foreign policy goals cannot be overlooked. Russia and China have capitalized on this dynamic through exporting nuclear power via state-owned corporations. This has forced the United States into undertaking the difficult task of overtaking ROSATOM and the CNNC or else they risk abdicating their role on the global stage. As ROSATOM, the CNNC, and the United States compete for foreign nuclear power export contracts, the energy sector provides another avenue for competition between these great powers. The 21st century has certainly promised a different type of nuclear arms race than the 20th century.

Matthew Gross is a staff writer for the HIR. He is interested in the Arctic Circle and international diplomacy.