Mickey Mouse is one of the most iconic characters in the United States. He has become a global symbol of Walt Disney and the childlike wonder he inspired. With Mickey, Donald, and Goofy came Disney princesses, some of the company’s most famous characters. Transitioning from glass-slippered Cinderella to sea-faring Moana and dragon-riding Raya, Disney’s heroines have increasingly become trailblazers and warriors. Mulan, one of Disney’s most well-known female protagonists, has also been part of Disney’s legacy of family fun, inspirational storytelling, and childhood memories—and now, genocide and censorship.

Disney’s original animated Mulan (1998) was an outstanding success, inspired by the story of a young woman in imperial China who took her injured father’s place in the army. Hua Mulan’s story is often seen as a culturally immersive tale meant to engage and delight—but for the 2020 live-action reproduction, the charm ends at the credits.

The Chinese Communist Party (CCP) insists these camps are “educational training centers” meant to combat Muslim extremism. Yet leaders of the Jewish community have described CCP treatment of the Uyghurs as reminiscent of the Holocaust. The Turpan security bureau operates these "re-education" camps and is responsible for producing state-sponsored propaganda, said Xinjiang expert Adrian Zenz. In October 2019, the Trump administration placed the Turpan police bureau and other Xinjiang organizations on a blacklist for US exports.

Disney’s filming in Xinjiang sparked criticism from viewers all over the world, including in the US Congress. In a letter to Disney Chief Executive Bob Chapek, Senator Josh Hawley (R-MO) described the company’s willingness to “put profit over principle” by “whitewashing” the ongoing genocide as “an affront to American values.” 19 Republicans and Democrats jointly issued an additional letter to Chapek, demanding answers about Disney’s cooperation with Xinjiang government groups.

A massive document leak to The New York Times details the ongoing campaign to systematically disappear, interrogate, and indoctrinate over 1 million ethnic Uyghurs and other minorities who are viewed as a threat to CCP supremacy. The report was disclosed by an unnamed Chinese official seeking to hold President Xi Jinping and the CCP accountable. The 403-page leaked document contains almost 200 pages of internal speeches from Xi and other officials on managing the Uyghur population and over 150 pages on Uyghur surveillance in Xinjiang. Through systematic silencing and repression, relatives of disappeared Uyghur family members are told with a question-and-answer script that their family members have been afflicted with a “virus” of Islamic extremism—that “their thinking has been infected by unhealthy thoughts.”

The report reveals that Xi initiated concrete actions towards the current genocide following a 2014 visit to Xinjiang after a Uyghur-militant led stabbing that killed 31 people. Xi called for a “struggle against terrorism, infiltration and separatism” using the “organs of dictatorship,” and showing “absolutely no mercy.” Camps were constructed to hold ethnic Uyghurs and operations have only continued to expand, with over 1 million members of the Uyghur and other minority groups estimated to be in detention today. It’s no wonder Disney’s filming in this region, and thanking Xinjiang departments no less, sparked massive outrage.

While the Mulan remake brought many unwanted accusations of Disney being complicit in CCP genocidal efforts, it also brought to light a deeper, more pervasive Chinese government influence within the American film industry. Behind closed doors, Disney, and indeed all of Hollywood, have been self-censoring plots, characters, and dialogues for decades to appease the Chinese Communist Party.

With COVID-19 forcibly closing American movie theatres, China became the world’s largest film market in 2020. Disney and other companies have continuously targeted this lucrative box office: the US film industry pulled in US$2.6 billion in profits from China in pre-pandemic 2019.

However, as Disney and others have continued to compete for access to Chinese viewers, they have been running into increasingly assertive demands for one small concession: censorship. A recent comprehensive report written by the free speech charity PEN America describes how American filmmakers, Disney conspicuously among them, are actively editing, replacing, and erasing aspects of films “based on an effort to avoid antagonizing Chinese officials.” “Made in Hollywood, Censored by Beijing” paints a stark picture of Hollywood’s dilemma, and choice, between freedom of speech and political repression.

Behind closed doors, Disney, and indeed all of Hollywood, have been self-censoring plots, characters, and dialogues for decades to appease the Chinese Communist Party.

Keeping out references to Taiwan, backing Chinese claims to the South China Sea, and excluding mention of minorities has become a way for American studios to access the Chinese film market. Concerns of offending the CCP have become a mandatory consideration for producers: the report explains how studios often invite Chinese government regulators on set to advise on “how to avoid tripping the censors' wires." Report author James Tager notes concerns of “normalizing pre-emptive self-censorship in anticipation of what the Beijing censor is looking for." This willingness to censor films creates a new precedent for movie making in the United States and beyond, “setting a standard for the rest of the world."

Disney has a long history of censoring its films to remain in the CCP’s good graces. In 1996, the company was blocked from the Chinese film market after its production of Kundun, which displays Chinese oppression of the Tibetan people. In 1998, then Disney CEO Michael Eisner apologized for the movie, calling it “a form of insult to our friends.” The studio even went so far as to hire legendary Secretary of State Henry Kissinger to help manage the fallout. The movie continues to be stigmatized today and is not available on Disney+.

Seeking a heavy hand in the portrayal of Chinese culture and continuing to punish the studio for Kundun, the CCP forced Disney to jump through hoops to stream the original Mulan to public Chinese audiences. The release was only allowed after Disney bought the foreign distribution rights to two Chinese films, hired a Chinese performance group for Mulan’s European release, and offered the idea of opening a theme park in China (now Shanghai’s Disneyland).

Though not a Disney film, World War Z (2013) required what might now be considered ironic censorship requirements: Former US Attorney General William Barr revealed that Paramount told producers to remove a scene where characters discussed the possibility of the virus that triggers a global zombie apocalypse originating in China. Barr noted that World War Z was one of many instances demonstrating “a massive propaganda coup for the Chinese Communist Party” through Hollywood. The film grossed US$540 million globally but never released in China.

Various other films have also been carefully monitored. The Doctor Strange (2016) Marvel movie received widespread backlash after casting white British actress Tilda Swinton as a central character, written as Tibetan in the original comics. Screenwriter C. Robert Cargill described the recasting of a central Tibet character as out of fear of CCP antagonism. Vietnam, Malaysia, and others were outraged after the animated film Abominable (2019) featured a map with China’s nine-dash line, enforcing their disputed claims in the South China Sea. The trailer of Top Gun: Maverick (2021) elicited controversy over the disappearance of the Taiwanese and Japanese flags from Tom Cruise’s jacket, both included in the original movie.

Some have prioritized creative integrity over concerns of stepping on CCP toes. In his film Once Upon a Time…in Hollywood (2019), director Quentin Tarantino refused to reshoot after criticism of an unacceptable portrayal of Chinese martial artist Bruce Lee. Tarantino’s refusal to edit the film caused it to be cancelled from release in China a week before it was scheduled. As screenwriter Howard Rodman explains in the PEN America report, "[w]hen the story of a director refusing to participate is newsworthy, you know that this is a pervasive phenomenon."

Keeping out references to Taiwan, backing Chinese claims to the South China Sea, and excluding mention of minorities has become a way for American studios to access the Chinese film market.

Various entertainment figures, notably career actor Richard Gere, have long lamented Hollywood’s habit of self-censoring to appease Chinese interests. In a congressional hearing, Gere emphasized that productions critical of China, such as his film Red Corner (1997), would be impossible to make today. In the case of the CCP demanding removal of the Taiwanese and Japanese flags in the Top Gun sequel, Gere called it “illustrative of their weakness,” like brutal censorship of references to the Dalai Lama. He explained:

“The problem is that [C]ommunist parties everywhere lack legitimacy, and someone like the Dalai Lama, for instance, is legitimate. People love the Dalai Lama for deep and powerful reasons. You don’t love the Communist Party. You abide by it because it’s powerful and it controls you. But you don’t love it.”

China’s censorship of foreign films is part of a larger campaign to “protect” its citizens from harmful, i.e., counter-CCP doctrine, influences. Internet monitoring has become increasingly sophisticated with developing AI technology, blocking mentions of anything the government might consider inappropriate for the population. The CCP’s heavy hand in Hollywood demonstrates that the government is seeking to expand censorship efforts both within, and outside of, Chinese borders.

While Disney has come under criticism for its censorship to appease Chinese officials, the company has also received more positive press for their campaign to address racially and ethnically insensitive references from dated productions. A host of older films was recently removed from the children’s section of Disney+, left on the general platform but including a content advisory warning. The current version reads: “This programme includes negative depictions and/or mistreatment of people or cultures. These stereotypes were wrong then and are wrong now. Rather than remove this content, we want to acknowledge its harmful impact, learn from it and spark conversation to create a more inclusive future together.”

Several films on the platform now feature this message. Dumbo, produced in 1941, portrays a group of black birds helping the baby elephant learn to fly, the leader of which is named “Jim Crow” and features an exaggerated stereotypical African American voice, harkening back to American racial segregation. Similar criticisms have come down on Peter Pan’s (1953) interpretation of Native Americans as “redskins” and the Asian cats in Lady and the Tramp (1955) and The Aristocats (1970) featuring thick accents and playing the piano with chopsticks. Disney is continuing to use its live-action remakes to help renew and improve the legacy of such films, with a new Dumbo (2019) recently released and Peter Pan & Wendy on the way.

Efforts such as these reflect a commitment to admitting past wrongs and accepting harmful legacies while working toward a more inclusive future. It seems Disney is willing to avoid censorship and take responsibility in front of its domestic audience, but is just not willing to hold to the same standards for its Chinese equivalent.

It’s important to remember that conceding to censorship demands by any foreign nation compromises creative integrity at best and cripples freedom of speech at worst. While “slippery slope” thinking may most often be employed for invalid fear-mongering, in this case, we could be looking at an industry shift that overtly ignores, and by default condones, genocide. The day is coming where Disney and Hollywood at large are going to have to make hard choices between profit and production—or risk Mickey Mouse becoming nothing more than a big-eared mouthpiece. 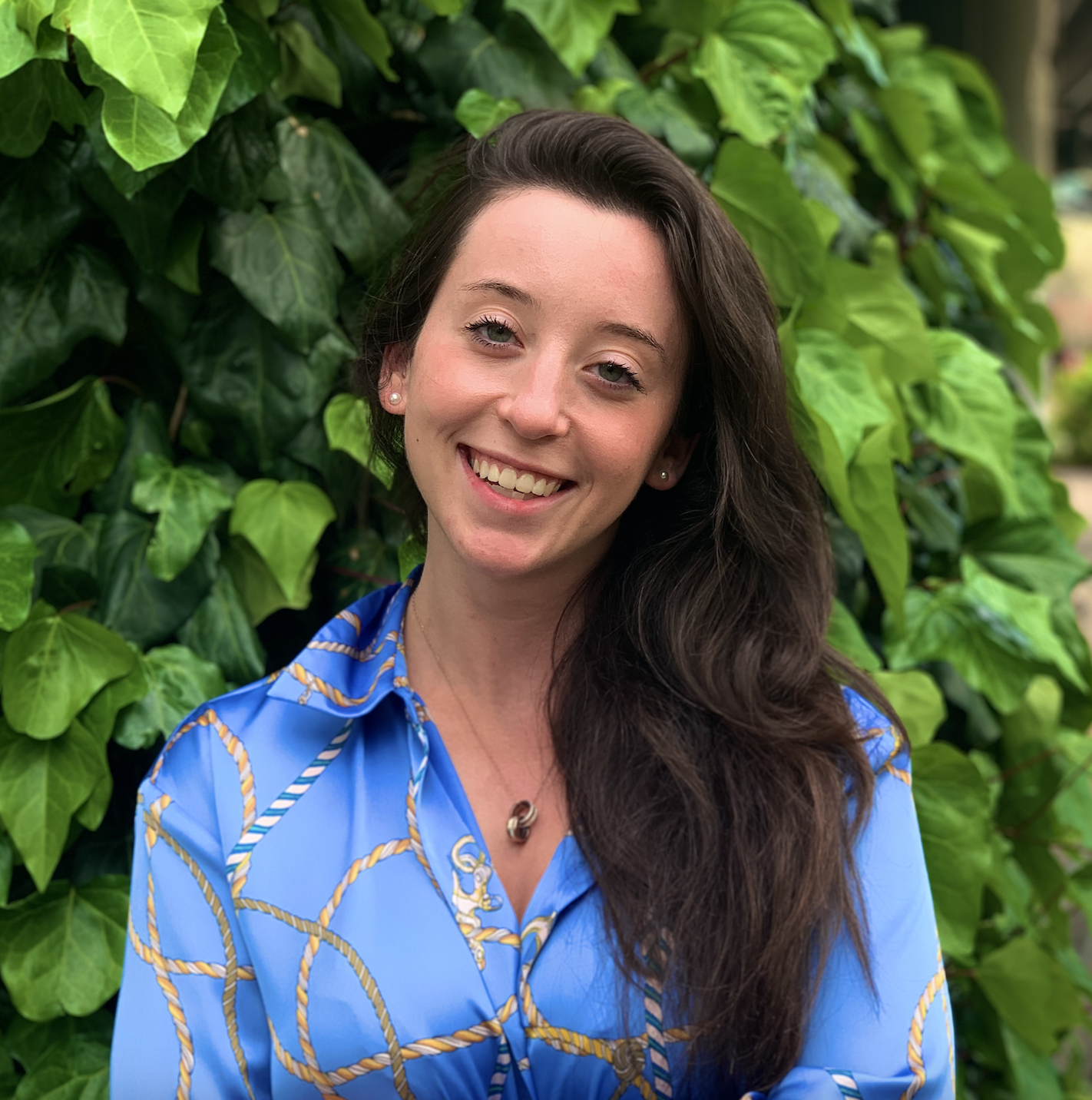 Lexa Brenner is the Editor-in-Chief of the Harvard International Review. She is interested in national security, foreign policy, and the role of China and Russia in great power politics.