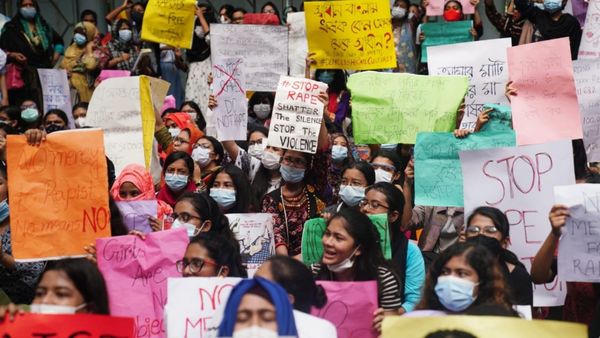 Rape in Bangladesh: An Epidemic Turn of Sexual Violence

On October 1, 2020, Ain O Salish Kendra, a Bangladesh-based human rights organization, revealed that from January to September of this year, men raped more than 1,000 women. Forty-three of those women died, and more than 200 others evaded their rape attempts.

This is a dismaying new trend in Bangladeshi society. To make matters worse, this year’s statistics show that 2020 has already marked a worse year for Bangladeshi women than the past four years combined. According to a Bangladeshi human rights organization, Odhikar, just 963 rape incidents where women were victims were reported between 2016 and 2019. Both sets of numbers surely underreport rape cases in Bangladesh, given many women remain fearful to report their rapes.

Due to the soaring rate of rape cases in Bangladesh, the United Nations has recently expressed serious concerns and has firmly recommended the country to reform its sluggish, lax criminal justice system. Besides, following several high-profile rape happenings, several weeks ago protesters rocked Bangladesh with their nation-wide street demonstrations for the reformation of its existing law with the death penalty and speedy trial for sexual offenders. Given all these, on October 13, 2020, the government of the country introduced capital punishment against rape in the place of the existing life-term imprisonment.

Unfortunately, this rape epidemic is not unprecedented. During the nine month long Bangladesh Liberation War in 1971, which made Bangladesh (formerly East Pakistan) free from the West Pakistan, the Pakistani army weaponized rape as a symbolic and humiliating attack on Bangladesh by detaining approximately 200,000 women into their brutally recreational rape camps.

With all of this in mind, it seems that the situation of women in independent Bangladesh is now more alarming as they are increasingly becoming the victims of sexual assaults by their fellow citizens. Consequently, Bangladesh has been engulfed by a rape epidemic amid the ongoing COVID-19 pandemic. The article intends to critically examine the actual factors making rape an increasing phenomenon against the women and to discuss possible solutions of the social scourge in Bangladesh. In particular, Bangladesh's ineffective judiciary, patriarchal society, and rampant drug abuse have significantly contributed to this rape epidemic. However, by addressing each of these contributing factors, the country could become safer for women.

Before proceeding to the central discussion, it is necessary to conceptualize rape. Rape is a contested and nebulous concept. From the perspective of feminist theory, rape is a sexually-driven act and the most powerful demonstration of patriarchal supremacy in every vital domain of society. In the context of sexual stratification, rape against woman by a man reduces her to an undervalued, subordinated position.

However, American neo-conservative scholar Norman Podhoretz contends that rape, having been narrowly understood in the past as the forced sex upon a resistant woman by a man, now embraces any sexual acts determined by force or violent means. This is a balanced definition reflecting the rape victimization of woman by man and vice versa, and of a person of the same sex by his/her partner.

The understanding of rape for Anand Soodas, senior editor of The Times of India, is much different. Soodas argues that rape emanates from societal transition. Here, he underpins on the transmutation from a hierarchical to an egalitarian system determined by socio-economic progress that has influenced the emancipation of women, which has resulted in a male identity crisis and a fracture of gender relations. This leads to sexual violence against women as the manifestation of power.

Despite divergent views on rape, it will be perceived in this article henceforth with its general understanding as the forced sex by an assaulter with non-consensual person, mostly reflecting a heterosexual understanding of rape since most rapes in Bangladesh are perpetrated by men against women.

Factors Contributing to the Rape Epidemic

There are numerous factors contributing to rape culture against women, and these may vary from country to country. In the context of Bangladesh, there are three main reasons.

First, the judicial system of Bangladesh is ineffective and feeble. As stated by the Amnesty International, the issue is not harsh punishment against rapists, but the failure of courts to make convictions in rape cases as well as survivors’ trepidation to come forward. In six administrative districts of Bangladesh from 2011 to 2018, the courts brought conviction in just five out of 4,372 rape cases, as reported by Naripokkho, a local women’s rights group. There are numerous reasons why prosecutors do not get convictions: illegitimate political intervention, the complex and slow trial system, a corrupt administration, and, in some cases, intentionally false lawsuits.

Of these factors, illicit political meddling in sexual lawsuits is arguably the most common in hamstringing the judicial system. Many political demagogues back up rapists on the grounds that they are politicians’ relatives, nurtured or hired hooligans, or political bedfellows. This practice breaks the fundamental principle of the politics-administration paradigm of Public Administration, which normatively prescribes a state to divide politics and administrative roles of government to nurture productivity and augment efficacy. Indeed, this principle seems completely absent in the context of Bangladesh, particularly in its judicial milieu.

Second, Bangladesh is a conservative country where patriarchy is acutely pervasive. Patriarchal societies anticipate that a man will manifest his manhood through aggressive and dominating behaviors while a woman will show her womanhood through submissive, caring, and emotional behaviors. Susan Brownmiller asserts that in patriarchal society, rape is used as a medium of male power projection for social control. By the nearly same token, rapists in interviews taken by the Crown Prosecution Service have stated that they rape to enjoy the sense of feeling dominant, not for sexual satisfaction.

On the opposite side of the same coin, victim-blaming is extremely common. A Vice News reporter in a video documentary on rape in Bangladesh interviewed several men figures including police officials, community leaders, and religious clerics who laid the blame on women for majority of the rape incidents because of the indecent dress and unrestrained physical movement and personal activities of females. Lately, a popular Bangladeshi actor Ananta Jalil blamed women for rape for wearing revealing clothes in a video posted to his Facebook page. The misogynistic, hegemonic discourse of victim blaming is the reflection of patriarchal Bangladesh. It is pertinent to state here that when rape survivors become the target of culpability by the society, they feel uncomfortable disclosing instances of sexual violence. This gives perpetrators needed justification and incentives to recurrently commit sexual crimes.

Finally and vitally, there is an unacknowledged nexus between drug addiction and rape in Bangladesh. According to Association for Prevention of Drug Abuse (MANAS), a local anti-drug campaign organization, there are now roughly 7.5 million drug addicts in the country, many of whom are hooked on Yaba, known as ‘crazy pill,’ which contains methamphetamine and caffeine and arouses sexual fantasy and stimulation. Scientifically speaking, with the medicinal impacts of many narcotics, male drug addicts generally feel manlier, wilder, and sexier, thus becoming rape-prone. An estimation of Bangladesh government’s Department of Narcotics Control shows that 80 percent of incidents of rape and rape murder are perpetrated by drug users in the country.

Rape is one of the fastest growing crimes and is not just a social but also public health issue in Bangladesh. To combat the rape culture, there are four possible viable solutions.

To begin with, justice with the proper and undelayed implementation of law has to be ensured. In lieu of focusing on this, Bangladesh has just introduced capital punishment for rape amid country-wide staggering protests. However, the death penalty would not be a deterrent against rapes because it could not stop crimes such as homicide. Further, this draconian law will likely encourage rapists to kill victims to hide evidence. With only the sound execution of law, rape will not remain a trivialized and light crime in Bangladesh; a firm message of zero-tolerance will go to assaulters.

Second, instead of just emphasizing training women to protect themselves from rape, men should be rigorously taught why they should not rape. In this regard, religious leaders could give moral lectures to traditional male mindsets to make them more friendly towards women. Academic curricula in schools and colleges also ought to include an important section that will educate male pupils why respect and consent rather than male hypersexuality should be an essential norm in society.

Third, the pervasive drug addiction problem in Bangladesh needs to be swiftly addressed since most of the rape incidents are carried out by drug users. The government should take immediate preventative measures including ensuring strong border monitoring, eradicating covert domestic channels of narcotic business, and countering drug dealers and addicts with legal decrees. Concurrently, the private anti-drug campaign organizations should increase their social awareness programs and campaigns to make people stand against narcotic addiction and business.

Last but not least, Timothy Benecke asserts that men are responsible for rape; they can eradicate the problem if they stop blaming women for rape. In Bangladesh, there is an urgent necessity for a socio-cultural alteration shifting the liability and culpability of rape on offenders in lieu of victims. In doing so, gender stereotypes must be precluded from society. At the same time, masculinity has to be redefined with feminist principles such as gender equality and shared family responsibility. Likewise, since the post-rape stage is highly important for a victim’s mental condition, people need to be sympathetic to the victim with psychosocial assistance.

Rape is the violation of physical autonomy as well as the psychological and emotional rights of a victim, and it is an increasing phenomenon against women in Bangladesh. The rape epidemic is the naked reflection of the ill state and social systems of Bangladesh. Also, the unceasing patriarchal dominance and views have portrayed women as sexual objects and driven them into the subhuman level. It is improbable that Bangladesh will become a rape free state overnight. However, the rule of law, a positive change of men’s patriarchal attitudes to women, and controlling drug addiction could finally reduce this horrible epidemic.

About the Author: Shuva Das holds a BSS (Hons) degree in International Relations from Bangabandhu Sheikh Mujibur Rahman Science and Technology University, Bangladesh. He is an editor of the Atlas Institute for International Affairs. He is also an Executive Editor of Voice of International Affairs. His articles have appeared in Synergy: The Journal of Contemporary Asian Studies, The Oxford University Politics Blog, Strife, Oxford Political Review, and Modern Diplomacy, among others.

Featured image: In Dhaka, the students of Viqarunnisa Noon School & College took positions in front of its campus on October 8 and staged demonstrations demanding toughest punishment of the rapists. “Protests against rape continue across Bangladesh” by United News of Bangladesh (UNB).