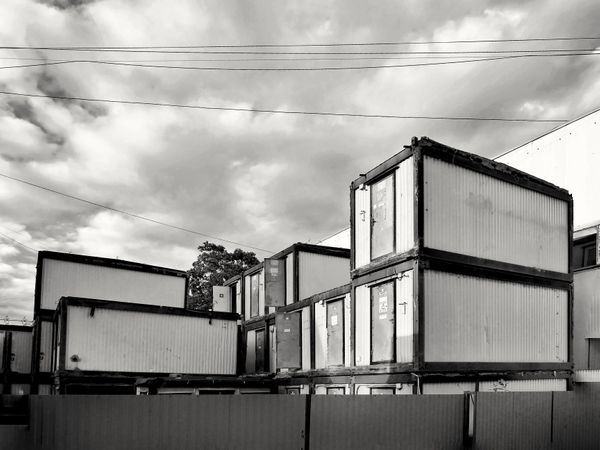 The cost of a human life in Russia is just 18,000 rubles (US$235). At least, that’s how much Anton Pogorelov was sold for in 2015 when he became a slave in a brick factory in Dagestan. Anton is one of  794,000 people living in conditions of modern slavery in the Russian Federation today. As a major site for domestic trafficking operations as well as international trade of trafficked persons, Russia is at the center of a global humanitarian crisis. Yet, President Vladimir Putin and others in the Russian government refuse to acknowledge the severity of trafficking within Russia’s borders. In 2019, the US State Department’s 2019 Trafficking in Persons Report (TIP Report) gave Russia a failing report card in its efforts to eliminate human trafficking, placing Russia alongside countries like Burma, North Korea, South Sudan, and Syria. While a Tier Three ranking in the TIP Report does speak to the severity of trafficking in these countries, it largely identifies a significant lack of effort to combat trafficking by the government. For reference, despite the fact that over three quarters of a million people are experiencing slavery in Russia, only six cases were investigated under Russian criminal code articles 127.1 and 127.2, which are the laws associated with human trafficking and slave labor in the criminal code. The number of cases of slavery in Russia investigated is actually a decrease from 2018, when just 14 cases were reported. These remarkably low numbers are not unintentional. Putin and others in the Russian government have not only denied the existence of trafficking in Russia, but they have actively worked to conceal the problem and weaken the rule of law in regards to trafficking in what can only be seen as an attempt to preserve the current Russian labor economy at any cost.

Most human trafficking in Russia today takes the form of forced labor, and its victims largely are migrant workers from Central Asia, Ukraine, Vietnam, China, Nigeria, and North Korea. An estimated four million workers migrate to Russia annually. Many of these workers can and do travel legally. However, this mass migration into Russia each year both provides cover for traffickers to recruit laborers and makes migrants more vulnerable to exploitation. Traffickers promise potential victims the paperwork that they need to cross the border and a high-paying job, and then trap them in forced labor by withholding travel documents, refusing to pay wages, or exacting physical or psychological abuse. This kind of human trafficking largely affects migrants from Central Asia, but more organized trafficking rings also exploit men and women from Nigeria in this way. Furthermore, traffickers either recruit or drug and kidnap vulnerable persons from within the Russian Federation.

This happened to Anton Pogorelov, who was travelling only from Nizhny Novgorod to Moscow in search of employment. He asked a nearby stranger on the train platform for a smoke. They started talking, and the stranger offered him  a “good job by the sea” instead of moving to Moscow. Pogorelov agreed and followed the stranger willingly to the brick factory in Dagestan. Upon arrival, the factory owner paid the recruiter 18,000 rubles, and told Pogorelov that he would need to work to pay off this debt that the owner had incurred on his behalf. Theoretically, Pogorelov’s salary of 10,000 rubles a month should’ve paid for this debt quickly, but when Pogorelov asked to be sent home three months later, he was denied. The factory owner told him that the cost of the cigarettes and alcohol he was given each day were taken from his salary so that he had not yet paid off his supposed debt. Even if he had, Pogorelov had no documents, no way to contact his family, and certainly no way to pay for transportation home. Incredibly, he was freed just a few months later by the anti-trafficking NGO Alternativa, but many spend decades working in forced labor.

How Russia Profits from Human Trafficking

While an estimated 90 percent of forced labor occurs in private industry, the Russian government is still the main beneficiary. The 2018 FIFA World Cup and the 2014 Sochi Winter Olympics, both hosted in Russia, were significant sources of forced labor in the last decade. Preparations for the Winter Olympics brought an estimated 70,000 foreign workers to the Russian Federation, and many were forced to work in deplorable conditions and denied wages. Many of those who did receive wages were still left vulnerable to trafficking after the completion of their projects, as they were stranded in a foreign country and left to find their own way home. Despite this, both the 2018 World Cup and the 2014 Winter Olympics were significant sources of pride for the Russian Federation. First, these events gave the Russian economy a major boost. In addition, they were a source of pride, allowing Putin to show the world that Russia was once again a major player on the international stage. Little did “the world” know about the hundreds of thousands of people working in slavery to uphold that image.

The ties between human trafficking and the Russian economy go beyond just the 2018 FIFA World Cup and the 2014 Sochi Winter Olympics. Twenty-five percent of Russia’s GDP on average comes from the shadow economy, but that number skyrockets to 60 percent in some regions and economic sectors. The very nature of shadow economy means that it’s impossible to know how much consists of human trafficking, but what we know about the number of persons trafficked in various industries can lead us to expect that forced labor is a major contributor.

Efforts (or Lack Thereof) to Combat Human Trafficking in Russia

So what has President Putin done to stop this human trafficking? Very little. As a result of the UN signing of the Palermo Protocol, in 2003 Putin passed laws that made human trafficking and forced labor illegal (the aforementioned criminal code articles 127.1 and 127.2). While these laws are clearly necessary, they are both wanting in substance and poorly applied in practice. Firstly, they are not aligned with UN definitions for human trafficking and trafficked persons. Current Russian Criminal Code does not include the irrelevance of consent in its definitions of human trafficking, potentially leaving workers like Anton Pogorelov without legal redress. It also allows government officials to charge traffickers with related crimes, which obscures statistics on human trafficking and lightens traffickers’ sentences.

That is only for the cases that are actually prosecuted. Many victims refuse to bring their cases to trial because there is a lack of protections for victims. Furthermore, the high rate of police corruption means that evidence of forced labor often goes completely ignored. For example, despite the fact that forced labor practices in Dagestan are well known, repeated police investigations have failed to “find any evidence of slavery” in the factories there. Similarly, in 2012 eleven people were freed from a forced labor scheme in the basement of a Moscow grocery store, and the story filled international headlines. It was then discovered that local authorities had refused to investigate allegations of forced labor within this exact same store on at least six different occasions prior to 2012. These same store owners had previously been investigated for trafficking crimes, but they were never convicted because articles 127.1 and 127.2 had not been passed yet.

Laws passed in 2007 made it easier to legally migrate either permanently or temporarily to work in the Russian Federation, thereby decreasing migrant vulnerability to human trafficking. However, many business owners prefer to employ illegal workers to bypass the taxes associated with hiring foreign workers. In addition, the influx of workers to Russia provided cover for traffickers to run their operations, as it became harder to track those crossing the border. In this way, migrant work continues to exist primarily in the shadow economy despite the 2007 reforms, leaving many workers just as vulnerable as they were before the reforms.

The Russian Federation has ratified a multitude of UN Conventions related to forced labor and human trafficking. Specifically Putin worked with international organizations like the IOM, ILO, UNDP, UNHCR, UNICEF, and UNODC, in adopting the Palermo Protocol in 2003. However, in 2015 the Russian Constitutional Court asserted the right to review and reject all rulings from the European Court of Human Rights. This was seconded in 2020 with the passing of the new constitution, which asserts primacy of the constitution over all international law and organizations, effectively revoking commitment to the aforementioned agreements.

Without legal protection, the only hope for many victims of human trafficking are NGOs. However, NGOs are severely limited in what they can do in the Russian Federation because of the "foreign agents” law. As of 2012, all NGOs that receive any international public or private funding have to register as a “foreign agent.” This policy places human rights advocacy groups in a bind. They can either reject funding from international sources or take on a label that is highly stigmatized in Russian civil society. Not to mention, this all comes at significant personal risk to the individuals involved. The Russian government has a history of imprisoning anyone critical of Putin, including human rights advocates. Oleg Melnikov, the head of the Russian anti-slavery NGO Alternativa that’s worked to free 700 people from slavery, was the victim of a targeted stabbing in 2018 as a result of his work. (Alternativa is the NGO that freed Anton Pogorelov and those enslaved in the aforementioned Moscow grocery store.) Semyon Simonov, head of the NGO Southern Human Rights Center, was indicted on criminal charges in 2020 for his work in raising awareness of forced labor specifically related to the 2014 Sochi Winter Olympics. After refusing to place his organization on the list of foreign agents, he was fined beyond his means and now faces two years of imprisonment for “malicious evasion.” Simonov is also on an FSB watch list.

As long as Putin refuses to acknowledge human trafficking in Russia, actively weakens the rule of law, and blocks activists from helping those in need, Russia will continue to be a hotspot for international slave trade. Significant improvement needs to be made on all three of these fronts in order to combat this humanitarian crisis. Definitions of “human trafficking” and “forced labor” in Russian criminal code need to come into alignment with international standards. The Investigative Committee needs to prioritize investigating and prosecuting the massive trafficking operations that flow in and out of Russian borders. Work needs to be done to fight against police corruption, so that local enforcement can be trusted in trafficking cases. There need to be protections put in place so that victims can safely bring their cases to court. Finally, the foreign agents law needs to be repealed so that NGOs and activists can work to free those already being trafficked or subject to forced labor.

However, the significant benefits to the Russian economy that human trafficking provides mean that Putin is unlikely to address the problem in the near future. The United Nations and its member states need to put international pressure on Russia to address this problem. Lowering Russia to Tier Three in the 2016 Trafficking in Persons Report was a first attempt at this, but the Russian government’s rebuke of the report and continued denial of the problem show that more interventionist actions are needed.

Leah Waid is a staff writer at the Harvard International Review. She studies History and Russian Studies and is interested in global human rights, forced migration, and labor exploitation.