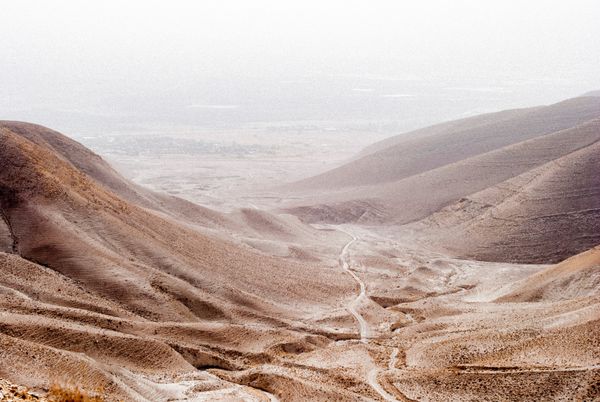 The conflict between Israel and Palestine remains one of the most uniquely polarizing issues of international affairs. A host of competing legal, historical, and practical claims from both sides make the dispute extremely complex. One of the most difficult elements in the conflict is the demographic and religious overlap between both states, with many ethnic Palestinians in Israel, and increasingly many Israelis in Palestinian territory. Any hope of resolving the conflict requires forging a solution to the issue of Israeli settlements in the West Bank and beyond, as well as a solid understanding of the motivations for these settlements.

Jewish settlement of the West Bank and Palestinian territories is hardly a new issue, having long caused local and international tensions. Settlement in its modern form can be traced back as far as 1967, when Israel's takeover of the West Bank from Jordan during the Six-Day War opened up the possibility for Jewish settlers to move into zones beyond the initial 1948 borders of Israel. Post Six-Day War settlement of the occupied territories was generally spearheaded by ideologically driven Zionists looking to strengthen the standing of the Israeli state. Settlement expansion was understood to bolster Israeli security, while giving it additional leverage in negotiations with Palestine and the international community.

Israeli settlement of the West Bank has generally been considered illegal and illegitimate by the international community due to the Fourth Geneva Convention banning the transfer of civilian populations to militarily occupied territories. Despite the 1993 Oslo Accords which set the groundwork for a two state solution between Israel and Palestine, settlements proliferated in the following decades. Israel has continued to support settlement initiatives through financial incentives and security support by the Israel Defense Forces (IDF). Today, there are upwards of 450,000 Israeli settlers in the West Bank, excluding East Jerusalem. The construction of a security fence around settlements, separating Palestinian villages and violating the 1967 border, has aggravated tensions in recent years.

It is in the interest of both Israel and Palestine to find a peaceful resolution to the territorial disputes surrounding settlements. This is only possible if there exists a clear understanding of the demographics and motivations of settlers in the West Bank. Indeed, settlers are far from a monolith and addressing their presence requires differentiated policy approaches.

Broadly speaking, the nature of settlers in the West Bank has shifted since the first attempts to settle after the Six-Day War. Today, two general categories of settlers exist. The first are religiously motivated ultra-Orthodox Jews committed to reclaiming the Biblical borders of the state of Israel. Many such settlers reside near key Palestininan cities like Hebron, creating deep tensions with the local populations.

However, there also exists a second, increasingly prevalent type of settlers in the West Bank. Not religiously or ideologically radical, these are families drawn to the community living and affordability of certain settlements. Solving the settlement question requires a deep look at the push and pull factors leading to these primarily pragmatic households moving to the West Bank.

Cost of Living and Housing Arbitrage

The most obvious reason to move to the West Bank is the relative affordability. Urban areas in Israel suffer from an increasingly unbearable cost of living, prompting many to seek cheaper living arrangements. Indeed, Tel Aviv was ranked the most expensive city in the world by the 2021 Worldwide Cost of Living Index, beating out world capitals like Paris and Tokyo. An unusually right rate of monopolies in the agri-food market drives up costs for consumers, placing Israel among the most expensive countries globally for groceries. Exorbitant tax rates on consumer products aggravate the issue.

Even more problematic is the cost of housing. Much of the increase in overall cost of living has been driven by the local housing market. Low interest rates have ensured cheap credit for developers and buyers, fueling a sharp rise in housing prices. Concurrently, a strong tech sector has generated additional wealth for many households, driving prices yet higher in dynamic areas around Tel Aviv. Housing prices in most major urban areas surged 10 percent in 2021, capping up a more than 100 percent increase over the last decade.

The increasingly unbearable cost of living in urban Israel has prompted many households to flee in search of cheaper living arrangements. Government incentives for settlement and overall lower cost of living in rural areas have created strong financial pull factors towards settlements in East Jerusalem and beyond. Yet incentives go beyond just financial considerations. An overall better quality of life draws away from major urban areas. Indeed, for some, West Bank settlements offer a respite from the pressures of urban life. Integrated religious-secular schools and expansive land draw families in search of a tranquil place to raise their children to community settlements in the West Bank. These types of settlements tend to be located further from Palestinian population centers, forging a sense of normalcy and limiting interactions with local Palestinians. IDF protection guarantees alleviate fears of unrest and insecurity, solidifying the general sense of safety.

All of these factors have led and will continue to lead to a drive by Israeli families towards comparatively safe, community-focused settlements in the West Bank.

The presence of often secular, community-driven families in the West Bank has broad implications for the conflict with Palestine. Increasing rates of pragmatic, non-ideologically driven settlers risks further destabilizing the region. Palestinians are likely to perceive new arrivals as further encroachment on local land, aggravating tensions in the area. The main issue is that in the status quo, settlement construction rate is unlikely to abate.

Indeed, living in the West Bank as an Israeli used to be logistically complicated. Poor infrastructure and insecurity ensured that only highly motivated individuals would choose to settle in the area. Yet today, an increasingly robust road network connecting settlements to Israel proper and sustained IDF security presence mean that the principle deterrents to settlement have dissipated. Further, increasingly difficult living conditions in major Israeli cities have improved the relative appeal of comparatively cheap settlement life. These factors together mean that settlement has gone from realistically appealing to only fringe, ideological groups to drawing large swathes of the mainstream Israeli population. If left unaddressed, this situation could lead to a dramatic expansion of settlement population simply because of housing arbitrage.

However, there is also good news. If Israel expands efforts to reduce the inflated cost of living and improve overall wellbeing within major urban areas, the incentives to settle will considerably decrease. This can happen through support in housing policy, like expanded rent subsidies or aggressive new housing construction. Yet a concerted effort should also be made to increase general quality of life by supporting community-building, for instance by integrating schools between secular and religious Jews. All this shows that the Israeli government has effective domestic policy levers to decrease incentives of new settlement. This in turn could help alleviate tensions with Palestinian authorities.

Of course, this policy approach is unlikely to solve the entirety of the West Bank settlement issue. It will not sufficiently deter ideologically or religiously driven settlers. However, it will ensure that the incentives of mainstream Israelis to settle dramatically decrease. Aggressively implementing this policy, while simultaneously addressing the issue of more problematic fringe groups, could serve as a token of credible desire from Israel to resolve the question of settlements, the first step in a long-term process of peace.