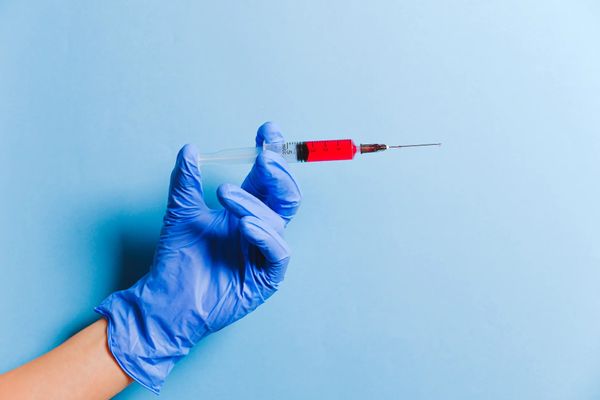 Moving the Needle: The Politics of the Coronavirus Vaccine

On October 4, 1975, the Soviet Union launched Sputnik I, the first artificial satellite to enter Earth’s orbit. This caught the United States by surprise, as the United States had hoped that they would be the first to achieve this scientific feat. The resulting intensification of Cold War tensions ushered in a new era of scientific research and technological development. These heightened geopolitical tensions unexpectedly led to the rise of scientific diplomacy and international scientific collaboration, ultimately paving the way for the large-scale collaboration that has shaped today’s scientific landscape.

In a time of global upheaval caused by the spread of the SARS-CoV-2 virus, the need for international collaboration on scientific research and therapeutic development is crucial. International scientific collaboration has been on the rise in recent years. Motivated by the need to share information across borders, countries have been partnering to solve issues in virology such as HIV/AIDS, Ebola, and Zika well before the coronavirus pandemic. However, with regard to COVID-19 vaccine development, wealthier countries have exploited global power dynamics, resulting in the dangerous politicization of vaccine development that could significantly skew access to vaccines and other treatments as they become available. Due to the infectiousness of the SARS-CoV-2 virus and the initial inability of governments to contain the spread, the current coronavirus situation requires a greater level of collaboration than past infectious disease outbreaks. These conflicting trends of international scientific collaboration and necropolitical power and control, ultimately dictating who lives and who dies, only add to the global upheaval and chaos spurred by the COVID-19 crisis.

Despite implicit sovereign and imperialist undertones, collaborations between academia and industry may appear well-intentioned. However, these overtly political partnerships and efforts play into geopolitical tensions and ultimately prioritize wealthier countries over international need concerning vaccine access and distribution.

In March, Oxford University and AstraZeneca announced their collaboration to develop and globally distribute a recombinant adenovirus vaccine targeted towards preventing COVID-19 infection. Oxford and AstraZeneca’s long-standing research partnership, which now strives to advance basic science in order to develop and manufacture a COVID-19 vaccine, highlights the growing need for research collaborations between academia and industry.

The Oxford-Astrazeneca deal highlights the fact that, despite efforts at collaboration to advance vaccine development, wealthier and highly developed industrialized countries will inevitably be prioritized, thus leaving countries with fewer resources and less capital to invest in vaccine efforts in the dust. Many argue that this landmark partnership reinforces vaccine sovereignty, where wealth and power determine vaccine access as opposed to a need-based approach that would serve populations most in need of the potentially life-saving treatment. Although not explicit in their messaging, AstraZeneca has foreshadowed that when the vaccine becomes publicly available, it intends to supply the UK before releasing doses to the rest of the world. Vaccine sovereignty is tightly linked to historical imbalances in power and resources, discriminating between wealthier countries whose access is likely to be prioritized and countries that are desperately in need of therapeutics but are denied access due to an investment paywall.

In addition to the way this Eurocentric approach to vaccine development prioritizes Western access, developing countries are often used as testing grounds to determine the safety and efficacy of various pharmaceuticals. In April 2020, a conflict about the suggestion by a French physician to test coronavirus vaccines in Africa sparked outrage. This echoed the history of ethically ambiguous Western medical testing in Africa and other developing nations, as these studies are often conducted without the subjects’ knowledge or consent. The historical trend of using African and South Asian countries as testing grounds for pharmaceuticals before they are distributed to the “wealthy elite” of nations maintains threads of Western medical imperialism and colonial domination. This wealth-based discrepancy between locations of COVID-19 vaccine testing and priority access could further destabilize the current situation of the pandemic. By exacerbating the already-evident inequalities, countries with priority access to the vaccine will reap the benefits at the expense of countries historically subjected to unethical testing, in which the rates of infection and mortality could continue to escalate and endanger the already at-risk population.

From a bioethics perspective, these types of transgressions target often impoverished and marginalized groups in developing nations and explicitly violate internationally-agreed-upon terms of conducting scientific research. The Declaration of Helsinki of 1964 outlines specific criteria that should be considered when conducting scientific research involving human subjects, emphasizing the importance of beneficence and respect for subject dignity. Although these ethical transgressions are often kept under wraps by governments and influential key players, government agencies’ and industry leaders’ calls for transparency in scientific research along with the severity of the coronavirus pandemic may not allow for this continued discretion. If this type of unethical testing is implemented on a large scale and the COVID-19 vaccine is less effective than promised, an entire region or country's population could be severely affected by the resulting increase in infection. Such an error could also negatively influence global perceptions of the idea of a coronavirus vaccine, which could prove detrimental to the already difficult-to-enforce public health measures and undo months of progress.

Scientific Supremacy and the Resurgence of Space Race Tensions

Leaving life and death in the hands of politicians who are primarily focused on furthering their respective agendas will prove dangerous in terms of setting the scene for future scientific developments as well as vaccine access. Reminiscent of the Space Race of the 1960s and 1970s, both the Russian and US administrations’ efforts to advance vaccine development are ultimately fueled by political motivations, exacerbating concerns around what is evolving into a competition of scientific supremacy.

Dangerous politicization of vaccine development has become evident in the increasing friction between the United States and Russia in a vaccine race similar to the Space Race of the 1960s and 1970s. As of August, Russia became the first country to announce the approval of a COVID-19 vaccine developed by the Gamaleya National Center of Epidemiology and Microbiology in Moscow. The Russian vaccine’s moniker, Sputnik V, directly alludes to the Space Race between the United States and the USSR, highlighting the geopolitical tensions underlying its rushed approval. The launch of Sputnik I by the USSR in 1957 inaugurated the Space Race with the United States, ultimately leading to the formation of NASA and the notion of outer space as a frontier available for exploration and dominance. Similar to the beginning of the Space Race, it appears that Russia’s Sputnik V has crossed the finish line of the global vaccine race. However, the Russian COVID-19 vaccine has not gone through the large-scale testing involved in Phase III trials, raising global concerns about its safety and efficacy in a larger population. Western scientists remain skeptical of Sputnik V, which although lauded by President Vladimir Putin, has been tested in less than 80 people as the scientists at Gamaleya forwent large-scale human testing. Although the scientists at Gamaleya claim not to be directly connected to the Kremlin, the Russian vaccine effort is funded by the Russian Direct Investment Fund, Russia’s sovereign wealth fund created to invest in Russian companies and enterprises. Amidst the multiple layers of conflicting geopolitical and scientific interests, the question of whether or not the Russian vaccine is effective remains, as well as to what extent its announcement was a political gesture as opposed to a genuine attempt at scientific progress for the betterment of global society.

Operation Warp Speed (OWS), the American equivalent to the Russian vaccine effort, aims to manufacture and distribute 300 million doses of a safe and effective coronavirus vaccine to the general public. By investing in various public and private scientific enterprises, including a variety of pharmaceutical and biotechnology companies who are at the forefront of vaccine research, OWS aims to achieve this goal by January 2021. Contributing to the development, manufacturing, and distribution of a coronavirus vaccine, various US government agencies are partnering to advance these efforts both in terms of scientific development as well as its cost, claiming that any vaccine or therapeutic purchased with taxpayer dollars will be provided to the American public free of cost. However, this claim will inevitably be put to the test when billions of dollars in profit are on the line. As this massive effort to produce and distribute millions of vaccine doses focuses on vaccine development itself, the United States plans to distribute the final product nationally first, again prioritizing US access over international needs. Placing this large bet on vaccines and attempting to shrink the development timeline to one year, although the fastest a vaccine has previously been developed is four years, would also have major implications for the public image of the current presidential administration. Regardless of the relative success of OWS, it is evident that the political administration will attempt to capitalize on the positive aspects of scientific development.

The depoliticization of this geopolitical race for scientific sovereignty by focusing on international collaboration and access could lead to a more effective solution and eventually slow the spread of the coronavirus. Russia has offered doses of Sputnik V to countries such as India and Venezuela, recently reviving tensions similar to those of the Cold War. This evident case of competing necropolitical power plays could be de-escalated by impartial, neutral collaboration between countries with the resources to dedicate to the vaccine effort. History has shown that when scientists voice their concerns and stand apart from politics, international efforts to address their concerns and implement tangible solutions can be done more effectively. In the 1950s, scientists’ warnings against the unregulated proliferation of weapons of mass destruction led to a series of non-proliferation conferences. These meetings served as an apolitical means of communication between the global superpowers involved in the Cold War and gave scientists an international platform. The current circumstances could benefit from the development of neutral channels through which scholars can convey scientifically-sound insights with the goal of maximizing global health outcomes.

Despite the increasing politicization of vaccine development by governments, pharmaceutical and biotechnology companies insist on the separation of scientific research and politics. Adding a layer of politics to the rapidly-evolving coronavirus situation detracts from the energy and focus that should be spent on the scientific research aspects of vaccine development: countries such as the United States and the United Kingdom, where national leaders have prioritized politics over public health, have ranked near the top of countries with the highest numbers of COVID-related deaths. Pfizer, which has been developing an mRNA vaccine candidate known as BNT162b2, has made it a point to remain independent of government funding with regards to the coronavirus vaccine, and Pfizer's CEO has expressed disappointment about how the US presidential debates speak about the pandemic in political terms rather than employing a scientific framework. Many hoped that a US-based pharmaceutical company would have developed and been distributing doses of a vaccine by the end of 2020; however, biotech executives have spoken publicly about putting political considerations aside. Many makers of leading vaccine candidates insist on drawing a line when it comes to adhering to the strict FDA regulations for safety testing preceding vaccine approval. Although governments and pharmaceutical companies appear to be at odds about the political and scientific considerations at play, it is evident that focusing on the political aspects of the coronavirus crisis proves dangerous for determining distribution and access. Once a safe, effective COVID-19 vaccine is on the market and/or available, global access should be governed by principles of equity and medical necessity. Despite the potential for political entanglements to interfere with and exacerbate this international public health crisis, access to a life-saving vaccine should be determined by medical need over national wealth and international influence.

Anisha Laumas is a staff writer for the HIR. She is interested in global science and technology as well as public health.