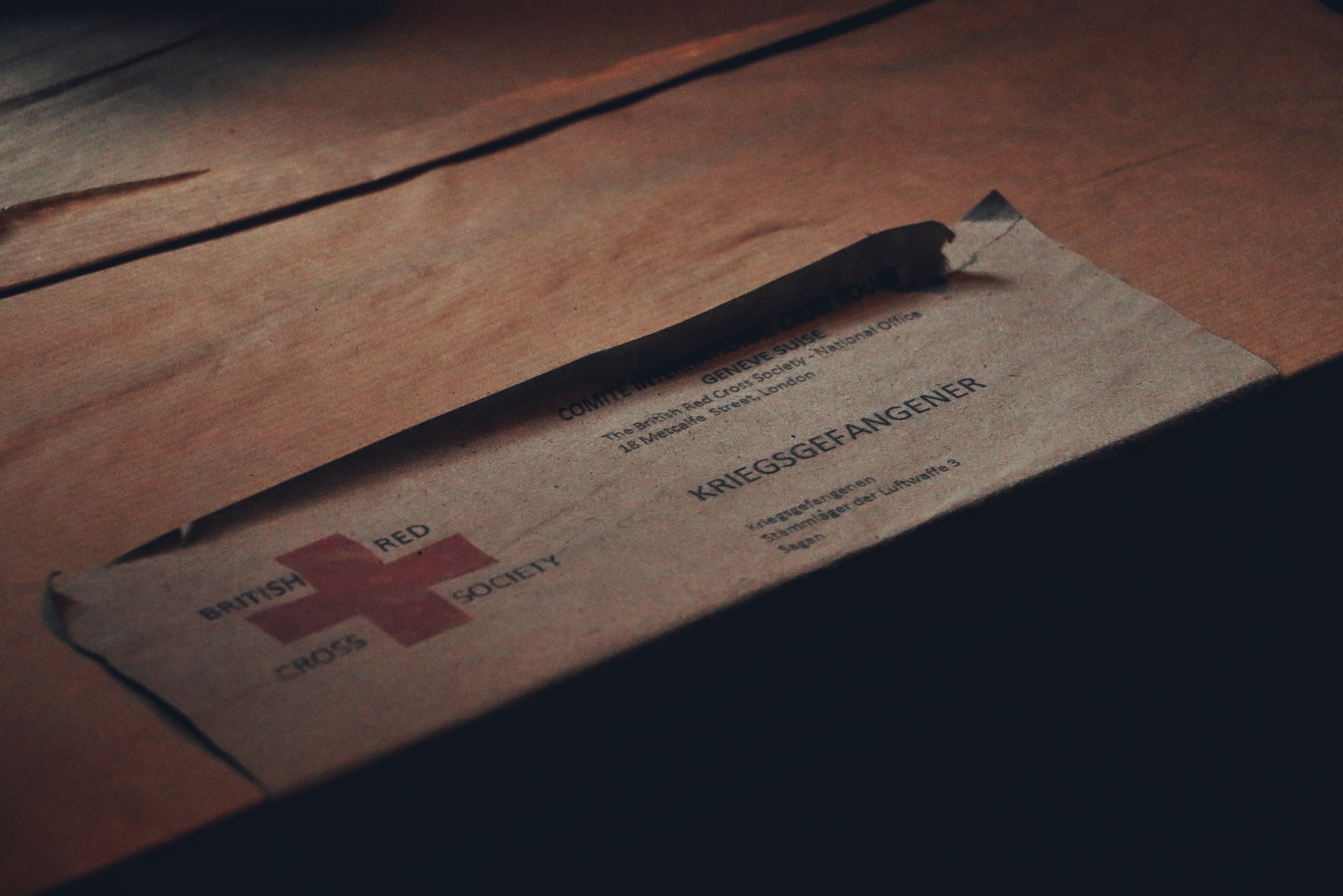 Politics of Aid: A Closer Look at the Motives Behind Foreign Assistance

A survey by the Kaiser Family Foundation found that the average American believes 26 percent of the federal budget goes to foreign aid. In reality, less than 1.5 percent of the US$4.15 trillion federal budget is apportioned to the State Department and the United States Agency for International Development (USAID). The western world today generally believes that providing foreign aid to countries in need is a moral obligation, which is evidenced by public backlash against drastic cuts in aid. Yet these statistics show just how ill-informed the general public is about what aid entails and the actual effects that foreign assistance has on recipient countries. Aid is never as simple as one country providing resources for another – rather, it is often a highly complex political maneuver with a multitude of intertwined purposes resulting in varying degrees of impact and potentially harmful consequences.

Foreign aid, as defined by the Organization for Economic Cooperation and Development (OECD), is inherently political – an outside country’s efforts to enact change within another country through the introduction of external resources, removing a degree of national sovereignty from the recipient. However, this is not conducive to a sustainable method of growth and development and is fundamentally undemocratic. Furthermore, an examination of historical incentives for the issuance of aid shows that donor countries have often been prompted by motives other than welfare assistance.

The Birth of Modern Aid

In the early days of modern aid in the 1950s and 1960s, aid agencies attempted to remain neutral and apolitical by restricting target areas to public goods like infrastructure and health care. However, during the Cold War foreign aid also became a diplomatic tool in response to increasing threats of communism, eventually expanding into its present form. Carol Lancaster, dean of Georgetown’s School of Foreign Service until 2014, performed an analysis of foreign aid in her book Foreign Aid: Diplomacy, Development, Domestic Politics. She concluded that much of today’s foreign aid started as a method of Cold War diplomacy. Not only did the United States launch several new aid initiatives motivated by Cold War threats, but it also pressured other governments to follow suit. Following the collapse of the Soviet Union, democracy became a crucial objective for many Western aid groups; democracy was closely linked with socioeconomic development, human rights protection, and international security. Both the US State Department and USAID established democracy departments and received funding from President George H.W. Bush’s administration to support a new set of programs created to focus on assisting democratic transitions. Outside of previously socialist bloc countries, these efforts were chiefly focused on Sub-Saharan Africa, where aid funded initial democratic elections, constitution drafting, judicial reforms, and political party training.

In the 1990s, frustrated by underperforming programs and unmet goals, donors further adopted the notion that building well-functioning governing institutions was the key to achieving sustainable growth in other areas. This translated into executing politically sensitive projects such as combating corruption and challenging patronage networks. Since the conclusion of the Cold War, new incentives for aid have arisen, some of which are development related like global health and environmental concerns. However, increasing numbers of donor governments have also incorporated political goals into their aid agendas. In recent decades, the United States has focused on peacekeeping in the Middle East and other counterterrorism efforts following the terrorist attack of 9/11. Meanwhile, France, perhaps the most diplomatically motivated aid-giving government, has supported the maintenance of its sphere of influence in Sub-Saharan Africa. In Denmark, the Danish International Development Agency (DANIDA), was initiated as and continues to be a department within the Ministry of Foreign Affairs, confirming the critical role of Danish aid in Danish foreign policy.

It is true that governments play a crucial role in the success of socioeconomic progress. Similarly, skillful allocation and use of foreign aid is key to maintaining harmonious and beneficial international relations. Consequently, it is not feasible to withdraw all politically-minded campaigns and shift focus solely to fundamentals like health care and early education. However, it may be time to reevaluate the efficacy of current forms and methods of aid. A study conducted by Peter Boone published in the European Economic Review found that “aid does not significantly increase investment and growth, nor benefit the poor as measured by improvements in human development indicators, but it does increase the size of the government.” Recently, there has been pushback from governments that deem foreign assistance too political. In May of 2013, Evo Morales, the president of Bolivia, publicly accused USAID of conspiring against his government and expelled the agency from his country. In September of the same year, Russia made similar accusations and also requested USAID to leave. These and other similar incidents are evidence of growing tensions between recipient governments and aid providers.

Additionally, one of the strongest arguments against aid is that foreign intervention removes the restraints on rulers that protect their taxpayers’ interests. Even in non-democratic societies, the need to raise funds results in a degree of accountability towards the population providing the resources, since they are the ones who will ultimately be affected by any policies instituted or projects undertaken by the governing body. Disrupting the relationship between the government and taxpayers removes that degree of accountability.

Even when donors impose conditions on their aid, penalties are rarely enforced if the recipient government refuses to comply. There are many reasons for this reluctance: the threat of harming innocent bystanders, the potential to ruin relations between the donors and the recipient governments, and the possibility of disrupting critical industries. Carol Lancaser’s Foreign Aid: Diplomacy, Development, Domestic Politics cites forty reports filed between 1960 and 2003 criticizing various aspects of French aid. Yet these reports were, for the most part, largely ignored. This can be explained by the large stakes held by French businesses and a significant fraction of the French political class in the continued aid transfers to African governments, as well as special ties between heads of state in African countries and French political parties.

Commercial interests also supply major motivations for aid, and foreign assistance is commonly used to promote exports and investments abroad. In Japan, commercial motives have been the primary driver of aid. The Japanese business community in league with government bureaucrats and leaders of the Liberal Democratic Party have had significant influence on the nature, distribution, and quantity of Japan’s aid.

Even when donors attempt to follow through on the conditions imposed upon aid, well-meaning but ill-informed domestic populations can pressure government aid agencies to provide some form of aid. This stems from the refusal to believe that the assistance could actually be hurting the people in the recipient country. In this case, aid is utilized as a political symbol of a government’s commitment to fulfilling the moral obligation to assist countries in need. The act of funneling money and other resources to target areas overshadows regard for the actual impact or efficacy of the aid. Thus, even when representatives know that they are doing more harm than good, they continue to supply aid. For instance, the United States supplied aid to Ethiopia for many years despite then president Meles Zenawi Asres’s repressive and autocratic dictatorship. The reason? Asres opposed Islamic fundamentalism, and Ethiopia was, and still is, one of the poorest countries in the world. Another notorious case involves Maaouya Ould Sid’Ahmed Taya, a former president of Mauritania. When his government became too politically repressive, western nations ceased to provide aid. However, he managed to circumvent the causes for aid termination by becoming one of the only Arab nations to recognize Israel. Recipient governments can further circumvent aid requirements set by donors by spending the funds on projects that would have been undertaken regardless, freeing up resources to be used at the government’s discretion. It is difficult for donors to control or even track such fund diversions.

Donors also commonly use aid to promote their own reputations or further their causes, and aid can be conditioned upon stipulations unrelated to true recipient need. One well known instance is the Global Gag Rule, first established by US President Ronald Regan in 1984, later rescinded by Bill Clinton, and revived under George W. Bush in 2001. Under this code, also known as the Mexico City Policy, overseas organizations receiving US aid were forbidden from having any association with abortion, even if it was legal in the recipient country or if a woman inquired about it. This rule had largely detrimental ramifications for the health and lives of many women in underdeveloped countries with limited resources. During the period from 2001 to 2009, the United States cut off donations of contraceptives to twenty developing countries in Africa, Asia, and the Middle East. As a result, numerous organizations and clinics were forced to shut down. According to a study by the EngenderHealth organization, the Global Gag Rule resulted in a reduction of services for family planning, HIV, maternal and child health, and even malaria in countries like Nepal, Kenya, and Zambia. Ironically, in these countries, the number of abortions failed to diminish, while unwanted pregnancies increased.

The problematic aspects of foreign aid arise from the focus on aid as a technical, rather than political, issue. Donors often pay little attention to misunderstandings of actual need or misuse of aid. Other times, aid organizations fear openly addressing political issues for appearing non-neutral. Furthermore, the socioeconomic experts who predominate in aid agencies have little experience thinking and working politically. Attempting to avoid “political” aid is not a valid approach to addressing political issues associated with aid, for aid cannot be clearly divided into “political” and “nonpolitical” categories. Rather, aid organizations must carefully consider how they fit into the political environments of the countries they assist.

There are clearly significant negative side effects to foreign assistance that cannot be overlooked and can explain the discrepancy between aid and actual improvements. However, aid has also undeniably done much good, providing the means to establish healthcare, build infrastructure, and provide basic necessities that would not have been possible otherwise. Thus the solution is not to eliminate all aid. Rather, we must develop a method of consistently providing assistance that is well attuned to the political subtleties of the recipient countries.

NGOs, academics, and the media all have a crucial role to play in this initiative. As the main sources of information regarding foreign assistance for the general public, these groups, along with aid agencies, hold the responsibility to address the general public’s lack of awareness regarding aid and its effects on its recipients. It is important to develop a more vigorous public conversation about aid, despite the possible risk of creating an information overload. There have been occurrences in the past when the public was able to influence the direction and momentum of foreign aid. For instance, aid advocacy groups in the late 1990s rallied a significant base of foreign assistance supporters in the American public that contributed to the termination of cuts in foreign aid.

Similarly, a well-informed public can help aid providers adhere to core principles and maintain extreme caution and sensitivity. As the delicacy and complexity of the international scene increases, so does the importance of evaluating aid in the light of associated political complications. We must be sure that we are providing aid to truly assist the recipients, rather than just to fulfill our sense of moral obligation.

The United States Must Rejoin UNESCO for Its Perpetuum Mobile

The Force that No Longer Guides Israeli Politics

The State of Education in Turkey and Bogazici Protests

Antagonism and Fear: The Uphill Battle Toward Iranian Nuclear Disengagement

Kidnappings amidst COVID-19: The second pandemic constraining Haitians to their homes and the country to a prolonged state of chaos