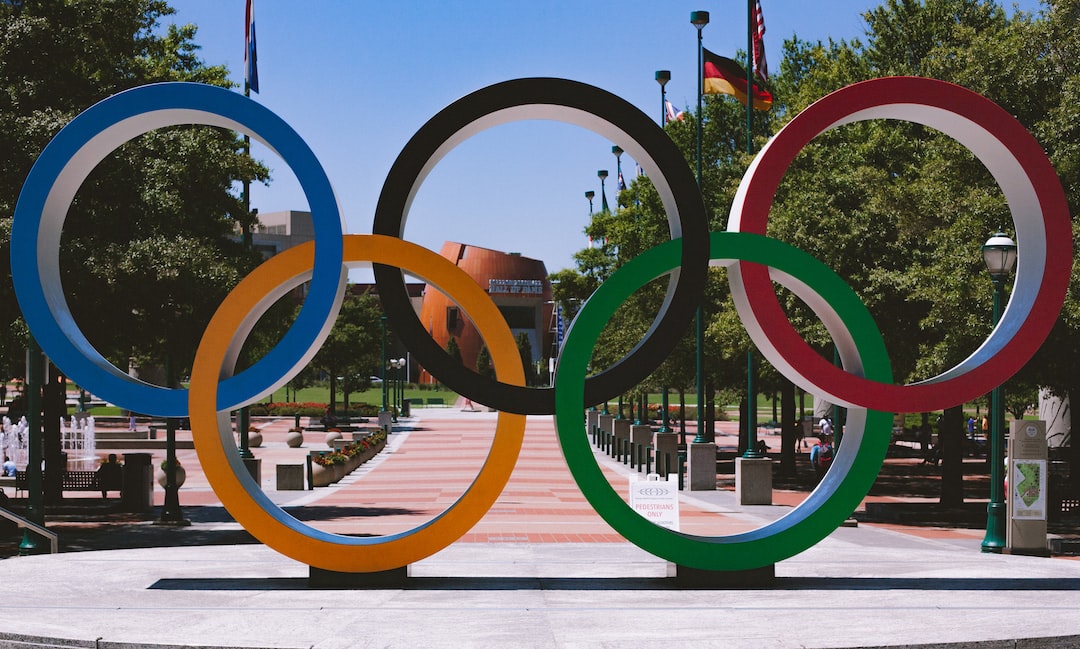 Political Statements and the Olympics: Tokyo 2020 and Beyond

On January 10, 2020, President of the International Olympic Committee (IOC) Thomas Bach proclaimed that the Olympic Games “are not, and must never be, a platform to advance political or any other potentially divisive ends.” With the Tokyo 2020 Games later this year, Bach drew a line in the sand concerning political statements by Olympic athletes with his opening speech at the 135th IOC Session, hosted in Lausanne, Switzerland. By citing the “values” of the Olympic Games and demanding neutrality “in every respect,” Bach is now emphasizing an agenda that he and the IOC may be unable to carry out.

According to Rule 50 of the Olympic Charter–one of the rules by which the IOC governs the Olympic Games and all related events–Bach and the IOC have the right to enforce such a policy. The rule states that any form of “advertising/publicity or any kind of demonstrations or political, religious and racial propaganda” is strictly prohibited in the Olympic Village and any other Olympic events or sites. The Olympic Charter calls for “disqualification of the person or delegation concerned, or withdrawal of the accreditation of the person or delegation concerned” upon violation of Rule 50, albeit transgressions are taken on a case-by-case basis according to the guidelines specifically set for Tokyo 2020.

With such ambiguity among the legislation conflicting with Bach’s sentiments of “neutrality,” historical precedent may hold influential power on potential rulings if athletes participate in any political demonstrations this summer.

Taiwanese Athletes “UNDER PROTEST” in Rome

One of the first instances of political statements being made by athletes at the Olympic Games came in Rome in 1960. With continued disputes over the legitimacy of Mao Zedong’s regime in mainland China versus the Kuomintang (KMT) in Taiwan, China withdrew from the Olympics two years in advance because Mao wanted Taiwan banned. Meanwhile, the Taiwanese delegation wanted to compete under the name “The Republic of China” to assert legitimacy. In an attempt to compromise, the IOC set Taiwanese athletes to compete under “Formosa,” the name commonly used in Europe for the island of Taiwan until the early 20th century.

On September 18, 1960, the 73 athletes of the Taiwanese delegation marched into the Opening Ceremony with the lead athlete carrying a sign saying “Under Protest.” Sitting IOC President Avery Brundage needed to be persuaded against banning the Taiwanese athletes and delegation from competing at the games, so the 73 protesting athletes continued to compete under the name of “Formosa,” which they felt did not represent them for the subsequent weeks in Rome.

While this statement by the Taiwanese delegation demonstrated Olympic athletes’ ability to wield global political influence, Brundage was unaware of how events at the Games eight years later would both politically and socially eclipse those that he dealt with in Rome.

1968 was a year rife with tumultuous social and political conflicts, and two of them—the American Civil Rights Movement and the Prague Spring—appeared on the medal stands at the Games in Mexico City.

One of the most memorable political statements by any athlete in history came during the medal ceremony for the men’s 200-meter sprint. As the winning runners stepped onto the podium, John Carlos, a black American man, wore a bead necklace to represent the history of lynching of black Americans with a black t-shirt that covered his “USA” logo on his jersey. Tommie Smith of the United States wore a black scarf, and both Carlos and Smith wore no shoes with black socks to represent black poverty in the United States. Peter Norman of Australia even volunteered to show solidarity by wearing a button from a political movement on human rights and racial and ethnic equality in sport. The truly controversial moment rose when Smith and Carlos bowed their heads and held gloved fists high in the air for the national anthem of the United States in honor of the Black Power movement.

In this case, however, it was the U.S. Olympic Committee (USOC) that took matters into their own hands, suspending both American athletes from the games and sending them home within days of their silent protest. Their medals were not revoked. Despite their punishment, Tommie Smith, in a 2018 documentary, still claims, “The most important thing was the reality of the black athletes banding together and making a stand against a system which did not represent black people.” Two days after the 200-meter race, U.S. athletes also swept the 400-meter dash, and, following their victory, all three runners stepped onto the podium for their medal ceremony wearing black berets in solidarity with the Black Power movement. Yet once the anthem began, all three removed their hats, decreasing the magnitude of their political statements. The third transgression of the U.S. track and field team came in the long jump when gold medal-winner, Bob Beaman, wore no shoes and black socks onto the podium.

In all three of these instances, only one of the groups was punished, and that punishment was administered separately by the USOC instead of the IOC. The IOC, despite the political unrest, did not take any direct action in enforcing the rules in place. That said, IOC President Brundage wrote in a letter months later that “The actions of these negroes [Smith and Carlos] was an insult to the Mexican hosts and a disgrace to the United States.”

Meanwhile in gymnastics, Czech athlete Věra Čáslavská  was set to win all five individual events. Controversy erupted at the floor exercise apparatus final when a judge retroactively altered Soviet gymnast Larisa Petrik’s score to pull her up to tie with Čáslavská for the gold. Many judges felt that it would be inappropriate to allow one gymnast to win every event. Sadly, this meant that the events of the Prague Spring between the Soviet Union and Czechoslovakia were brought into the National Auditorium in Mexico City, and many Czech citizens and athletes felt that they needed Čáslavská to defeat the Soviet athletes because the USSR had invaded Prague so aggressively.

When she was forced to share the podium with Petrik, Čáslavská made her point. Per Olympic custom, the national anthem of the Olympic champion is performed while the flags are raised during the medal ceremony, but, because there were two champions, two national anthems were heard. First, the Czech, then the Soviet national anthem played, and Čáslavská protested the Soviet invasion of Prague. She looked away and refused to acknowledge the Soviet flag and anthem while standing adjacent to Petrik on the podium.

In the subsequent weeks, Čáslavská was not just left unscathed by the IOC and the Czech Olympic Committee, she was celebrated globally and nicknamed, “The Bride of Mexico.” She made a clearly political statement about the Soviet Union’s invasion of Czechoslovakia, yet the IOC forced no consequences, continuing to set a precedent of inaction.

A Lap around the Track for the Aboriginal Glag

Cathy Freeman entered the 2000 Sydney Olympic Games as a top sprinter for Australia, already with a silver medal from the 1996 Games. She was even a figurehead for the Games with her role of lighting the Olympic torch in the Opening Ceremony as an Australian, Aboriginal woman. All eyes were on Freeman on September 25th, when more than 110,000 spectators filled Stadium Australia to watch the women’s 400-meter race.

When Freeman crossed the finish line first, she proceeded to take a victory lap as custom. Australians celebrated as she fulfilled her destiny for the Sydney Games, and she proudly carried the flag of her country alongside the flag of her people—Aboriginal Australians—around the track. The Aboriginal flag is not formally recognized as a national flag by the IOC, and because of the social status of the Aboriginal people in Australia as a historically oppressed minority, Freeman was making a statement by representing her heritage on the track. Neither the IOC nor the Australian Olympic Committee took any action against Freeman despite her conscious decision to show representation of a marginalized demographic in elite athletics, which, according to Rule 50, is not allowed. Rule 50 clearly defined any political statements as inappropriate, so the IOC must have classified Freeman’s lap as deserving no punishment despite that it technically violated the rules of the Olympic Charter.

Tokyo, Beijing, and Beyond

Despite the history of athletes making political statements at the Olympic Games, there is minimal precedent of the IOC taking any action to punish athletes for politically motivated actions in Olympic venues. If President Thomas Bach hopes to stay true to the sentiments he espoused in his speech at the beginning of the year, then he may break decades of precedent. In his speech, Bach claimed that the “political neutrality [of the Games] is undermined” by athlete statements, “as legitimate as they may be.” Even Freeman’s uncontroversial lap with the Aboriginal flag may be considered a threat to the neutrality of the Olympic Games in the future according to Bach’s rhetoric. If an athlete at the upcoming Games chooses to make a statement of similar magnitude to Cathy Freeman’s victory lap, Bach will need to choose whether or not he truly wants to enforce his definition of neutrality at the Olympic Games. Perhaps he will soften on his original claims while still maintaining a stricter stance on athletes that make more inflammatory statements.

In the case of Tokyo 2020, Bach faces numerous potential issues, and he seems to have anticipated many of the most substantial methods of protest used in contemporary sports given the most recent publication of Rule 50 by the IOC. Examples of protest specifically outlawed in the document include “displaying any political messaging, including signs or armbands,” and “gestures of a political nature, like a hand gesture or kneeling.” The IOC seems to be prepared to address any statements that athletes plan to use to bring current issues to attention. With many social and political issues reaching what seems to be fever pitch in 2020, the question seems to be less if athletes will make statements and more what the IOC will do in response.

Thomas Bach has laid down the law, and if he carries out his plans beyond Tokyo 2020, then he may fundamentally change the definition of neutrality with respect to the Olympic Games and the International Olympic Committee. For example, in the case of Rome 1960, the IOC needed to make a decision concerning the Taiwanese delegation that would favor one political bloc or the other. The athletes were then expected to participate in the Olympic Games without making any statements. The IOC has historically needed to make political decisions that will not always leave every country or government equally pleased, and it will likely be pulled into another political crisis in 2022 when Beijing, China hosts the Winter Olympics if the Chinese government continues to commit human rights violations such as those in the Xinjiang region. If the IOC plans on preventing any political statements by Olympic athletes in future games, it is likely to come at the expense of the athletes’ freedom of speech.