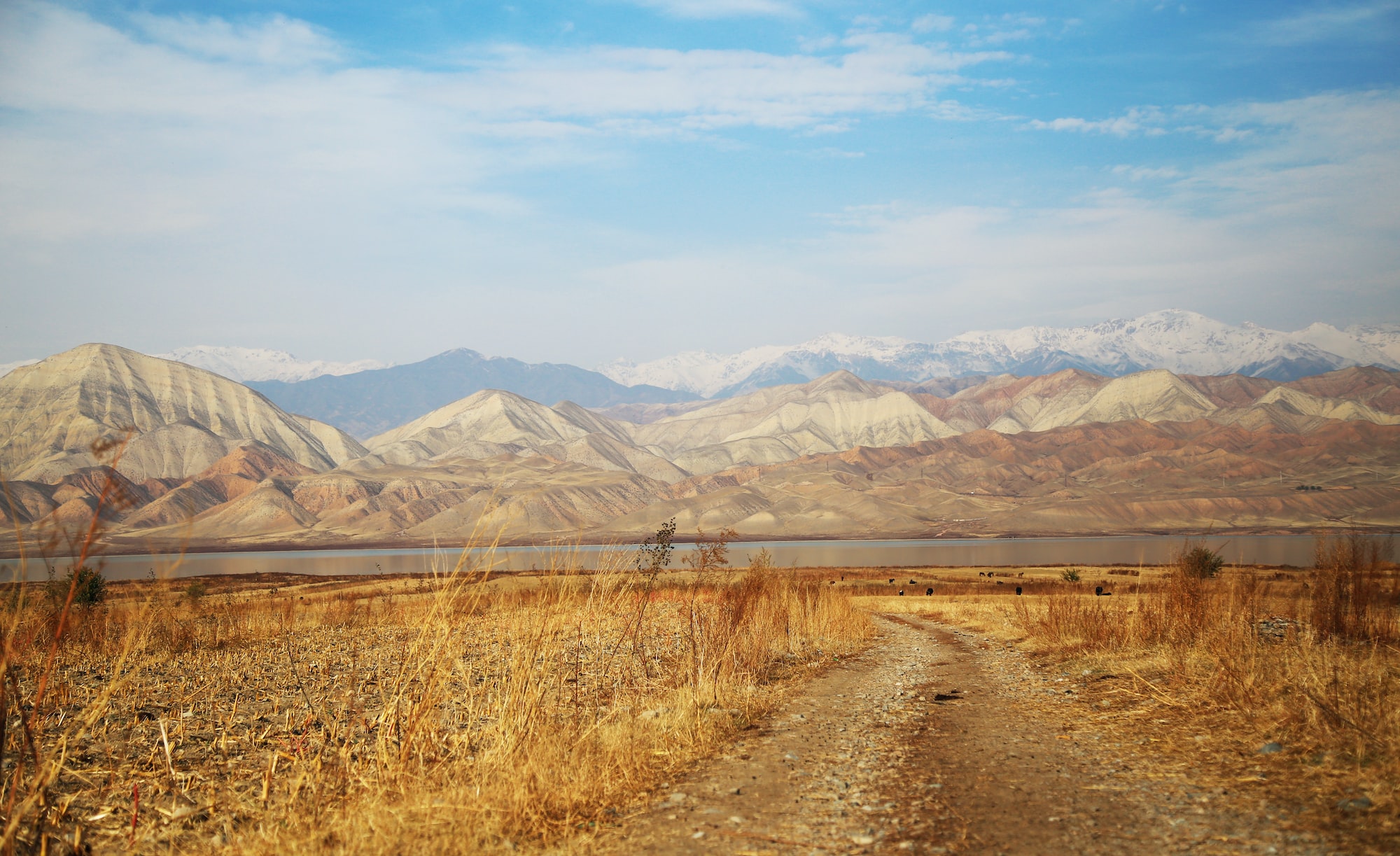 The Geographical Pivot of Central Asia

Robert Kaplan predicts the future by thinking about the right things at the wrong time. The author and international relations expert’s works sometimes feel eerily predictive, such as when he released books on the history of the Balkan ethnic strife before the breakup of Yugoslavia, or when he wrote about radical jihadism before the 9/11 attacks made the concept known to millions. Recently, Kaplan has been thinking about Central Asian geography. His 2012 book, The Revenge of Geography, presents the case for a renewed focus on geography — the formal study of geographic features in order to better understand states and the peoples who inhabit them.

That geography would play a role in history seems obvious. In fact, many current scholars might be comfortable with the statement that “geography creates history.” But the formal link between geography, the study of where people are, and history, the study of what people have done, is not nearly as old as one might assume, and has actually fallen out of favor as historians have refocused on economic and social causes.

Kaplan wants to reverse this trend by revisiting the work of Halford Mackinder, whose 1904 lecture “The Geographical Pivot of History” is often viewed as the first true piece of geopolitical analysis.

In this lecture, Mackinder shocked the thoroughly imperialist attitudes of his age by proposing that history revolved around control of a geographic center, called the “heartland” by later theorists, that lies at the center of the entire Eurasian-African landmass. Ownership of this area would be crucial to the long-term success of any global hegemon. The seat of global power was not the European continent, he argued, but a static and invisible nation at the literal center of all the land in the world.

Where is this “heartland” that Mackinder blesses with such prominence in global affairs? Today, its borders line up almost exactly with a region commonly aggregated into the landmass known as Central Asia. At the time of Mackinder’s lecture, the area would have been familiar to Europeans as the arena in which the United Kingdom and Russia had played the “Great Game” to dominate the wealthy peripheries of the heartland, including Iran, India, and the Middle East.

Although the “Great Game” is distant history, power projection and geostrategy in Central Asia have seen a renaissance in the 21st century. Nations are finding themselves competing for influence in the region today for the same reason that Britain and Russia fought over the area in the 19th century: influence over the periphery and easy access to geostrategic hotspots. The heartland is no longer a gateway to potential colonies for the United Kingdom and Russia, but a tactical springboard for 21st century power projection in the Middle East, Eastern Europe, and South Asia.

The overseas air base is the currency of 21st century power projection, just as naval coaling stations and colonial infantry garrisons were in the 19th century. Just as Russia and Britain populated Central Asia with forts and garrisons in earlier times, 21st century powers have brought air bases to Central Asia. Unlike aircraft carriers, which are expensive to build and operate and increasingly vulnerable to land-based defense systems, overseas air bases provide a simple but effective source of forward-deployed military assets. Specifically, air bases allow for the forward deployment of combat plane squadrons, and thus greater destructive power and operational flexibility than troops or navies can offer.

The challenge of this form of power projection is that it requires the diplomatic blessing of the host country. For some nations, like the United States, this permission comes easily, as many host nations are happy to oblige the world’s largest economic and military power. However, this system of forward deployment does come with potential drawbacks. David Vine criticizes the United States’ base network on the grounds that power projection through bases complicates US foreign policy while providing only meager security benefits. And although individual bases come cheap, the breadth of US international commitments requires an astounding US$85 billion budget for overseas bases.

Although his article focuses on the US base network, Vine also raises the specter of international competition fueled by base building. According to him, “bases near the borders of China and Russia, in particular, threaten to fuel new cold wars.” This competition is already well underway in Central Asia, where the United States, Russia, and India have all already expressed their often incompatible visions for the future of the region.

Central Asian nations declared independence from the USSR only a quarter century ago, and the legacy of Soviet military rule does not fade quickly. Today, Russia retains a robust military presence in the region. The post-Soviet space infrastructure in Kazakhstan, for example, is famous for being both the launch pad for the first human space mission and the only launch site for passenger travel to the International Space Station. It is also a testing site for Russian intercontinental ballistic missiles (ICBMs). Currently, Russia has military bases or installations in Kazakhstan, Tajikistan, and Kyrgyzstan. The most important of these bases may be its air force base in Kant, Kyrgyzstan, which is the primary conduit for moving Russian air units into Central Asia.

Russia’s strong role in Central Asian affairs is codified through multilateral organizations such as the Commonwealth of Independent States (CIS) and the Collective Security Treaty Organization (CTSO), and Russia will likely be the reigning influence over the region for some time to come. But the invasions of Afghanistan and Iraq brought a previously unimaginable American presence to Central Asia. The US Air Force paid some US$15 million to Uzbekistan in order to rent the airfield at Karshi-Khanabad for combat operations during the early stages of the war in Afghanistan. The Uzbekistani government removed US access to Karshi-Khanabad after domestic strife in 2005. Today, the base caters just to units of the Uzbekistani Air Force. In 2012, Uzbekistani politicians voted to formally ban all foreign bases — although this ruling may be adjusted in the wake of long-standing President Islam Karimov’s death in September 2016.

Following the United States’ brief stint at Karshi-Khanabad, India began its own attempt at establishing a Central Asian base. India is the only nation besides Russia currently to maintain a military presence in the region. The Farkhor Air Base in Tajikistan appears as little more than a patch of dirt in overhead photos, but the Indian military has quietly operated a small field hospital there beginning in the early 2000s. The other, much larger Indian air base in Tajikistan is Ayni, located near the capital city of Dushanbe. According to a 2013 report by UK-based NGO Saferworld, India has invested some US$70 million into this installation since 2004.

India’s investments at these two installations, Farkhor and Ayni, opens up the possibility of a second “Great Game” over Central Asia, with Russia, India, and even the United States pursuing their interests in the same geographic area. For the United States, the focus remains on continuing the withdrawal in Afghanistan and performing counterterrorism missions. India is attempting to improve its strategic position in the Middle East in order to counter Pakistan. Russia, meanwhile, is attempting to retain its sphere of influence over the former Soviet republics. None of these goals necessarily conflict with each other, but they all rely on overlapping partnerships with nations whose geographical placement continues to be a blessing and a curse.

According to Kaplan’s recent work, the recent spate of base-building would fit in perfectly with Mackinder’s theory of geostrategic dominance via Central Asia. But recently, this dominance is hard to find. The United States, the world’s foremost and arguably only great power, has de-emphasized Central Asia as it winds down the War on Terror. President Obama’s Asia pivot will require fewer air squadrons and troops forward-deployed in the Middle East and Central Asia.

Meanwhile, Russia, the regional hegemon, has reduced its focus on Central Asia as well. Its commitments to upholding its interests in both Syria and separatist Ukraine have depleted Russian influence and capabilities in the region. Moreover, while India still faces challenges from its perennial strategic adversary Pakistan, there has been a lull in the conflict between the two nations, relaxing the need for more Central Asian perches for Indian jets prepositioned for war. Central Asia remains the world’s heartland, but none of the great powers on the periphery have pressing strategic business to attend to in the area.

But the most important actors in Central Asia are not strategic titans like Russia and India, but the citizens of these nations struggling to transition to 21st century economies with stable governments. It is with this high-minded focus that the Carnegie Endowment for International Peace presented “The Case for Rebooting US Policy” in their 2016 briefing “US Policy Toward Central Asia 3.0,” which argues for a passive role in a region already pressed by foreign powers — including China, which has no bases in the region but exerts considerable economic influence in compensation.

Regional governments should be taking a hard look at their military guests. Military bases do provide a needed source of funds in the form of leases and subsidies and can pave the way for trade agreements, which are critical for states like Kazakhstan and Uzbekistan with export-driven economies. However, Central Asian governments must bear in mind the geographic strengths and weaknesses of their central position on the world map. Their nations and citizens sit at the intersections of three great powers — Russia, India, and China — and have already had dealings with the United States. Just as Central Asia’s centrality grants easy access to foreign markets for Uzbekistan’s cotton and sets off a corporate boom in Astana, the Kazakhstani capital now home to gleaming skyscrapers, it also allows for rapid force deployment towards highly sensitive areas. Allowing foreign air bases often brings in paltry aid while exposing the country to political alliances that it might come to regret. The sanctions levied against Russia for its intervention in Ukraine have already hurt those Central Asian nations most closely tied to Russia.

Perhaps the Central Asian governments would benefit from looking towards the foreign policy of Switzerland — a nation that has survived in Europe, once the most war-torn region of the world, through its neutrality. Now may be the best time to begin dismantling strategic commitments, especially air bases, in order to maintain their sovereignty throughout the 21st century. Uzbekistan has already begun this process through a 2012 law banning foreign bases, and by retracting its membership in the Russian-led CTSO. Other nations should follow suit by working to remove or reduce foreign military presence on their soil. This may be the best hope for a neutral Central Asia.