As the saying goes, ask for forgiveness, not for permission. Throughout history, colonial nations have become familiar enough with this ideal to make it their own: colonize now, apologize later.

Nearly 150 years after its colonization of the Congo had begun, Belgium has now entered its era of apology. In June 2020, on the anniversary of the Democratic Republic of the Congo’s independence, King Phillipe of Belgium wrote a letter to Congolese president Félix Tshisekedi, expressing his “deepest regrets” for the acts of colonial violence inflicted upon the Congolese people during Belgian rule. This letter is widely regarded as a milestone in the nation’s present-day conciliation with its colonial legacy; it marks the first time that a Belgian king openly expressed regret for the brutalities of the colonial dominion. With this precedent established, he would not be the last royal to do so.

In February 2022, Princess Esméralda of Belgium furthered the sentiment of her half-nephew’s letter in an interview with Agence France-Presse (AFP), calling for the nation of Belgium to apologize. Controversially, she compares the two nations’ post-colonial relationship to a romantic one, stating that “as in a couple, apologies are important to restart a balanced relationship." Though Belgium’s motto translates to “unity makes strength,” the Belgian Royal Family’s public statements of remorse and apology have created a divided response; what some—including Belgian ministers—considered unnecessary, others considered inadequate. For instance, in a 2020 interview with Democracy Now!, Belgo-Congolese journalist and activist Gia Abrassart describes herself as a “fruit of the shared history” between Belgium and Congo and relays the insufficiency of apologies alone in improving the lives of Congolese people. She states, “we would like to work not on the… memorial reparation, because it [colonization] has still an impact today on us, on the new generation, on the Afro-descendant generation.” The controversy regarding Belgium is seated in a greater discussion on retributions for inequities of colonialism, including who, if anyone living, is to blame. Blood was shed conspicuously, but the extent that royal apologies can atone for it remains contested.

You’re not your ancestors…

After calling for Belgium to apologize, Princess Esméralda received “a lot of mail” criticizing her stance. She then clarified her position, stating: “We are not responsible for our ancestors,” but “we have a responsibility to talk about it.” The staunch opposition to Esméralda’s statement is representative of how discussions around colonization are often derailed. The focus is no longer providing justice, but avoiding blame by distinguishing oneself from the actions of those who came before.

Perhaps Princess Esméralda and King Phillipe have the clearest incentive to make this distinction. They are both direct descendants of King Leopold II, who, in the name of “civilization” enacted what became known as one of the world’s first major genocides. When worldwide demand for rubber increased, Leopold found an opportunity to make a profit and embark on a vanity project. After receiving permission from European leaders at the 1885 Berlin Conference, Leopold turned the land of Congo into his own personal colony, naming it the Congo Free State (CFS). This “free” state became the framework of a savage system of exploitation, resulting in the deaths of over 10 million Congolese people while generating Leopold 220 million francs (or US$1.9 billion in today's dollars) in profits, though many historians view these as conservative estimates. Journalist and historian Tim Stanle vividly depicts the hellish colonial reality that Leopold created, writing:

“Villages were set quotas of rubber and the gendarmerie were sent in to collect it – a process that was sped up by looting, arson and rape. If a village failed to reach its quota hostages would be taken and shot. To ensure that the gendarmerie didn’t waste their bullets hunting for food, they were required to produce the severed hands of victims. As a consequence a trade in severed hands developed among the villagers and those police that couldn’t reach their quotas.”

In the aftermath of these tragedies, the Belgian Royal Family tends to distance themselves from the actions of their ancestors. Nothing could ever wash the blood of ten million from their hands, so they prefer to believe that generational time has dried it, let it flake away, and left their hands clean. But blood leaves behind stains, and even under the finest gold regalia and precious embellishments, it remains to tell these horrors of the past.

…but their colonial legacies did not die with them.

Tragically, these past horrors shape present realities. In February 2019, the United Nations Working Group of Experts on People of African Descent released a media statement regarding its conclusions after its official visit to Belgium. Their evaluation of the current state of Belgian society concluded that racial discrimination, xenophobia, and Afrophobia exist in the present day because Belgium has not confronted its colonial legacy. As a result, the systemic exclusion of Afro-Belgians from “employment, education, and opportunity” persists. In light of their findings, the Working Group does not call on Belgians to assign or evade individual blame for the nation’s colonial past, but to focus on the damaging impacts it has on people of African descent in the present. They assert that colonialism and decolonization cannot be merely understood as taking land and giving it back; colonialism is a violent process that infiltrates and alters every aspect of society, resulting in extreme poverty and brutal conflicts. Any decolonization effort would not be complete without mitigating these perverse, contemporary effects. For instance, Congolese people who are from former CFS concessions, land that Leopold granted to private companies to extract resources and labor from, have significantly less wealth, fewer years of education, lower literacy rates, and lower height-to-age percentiles than those who were not from former concessions, despite the geographic and cultural similarities between these areas. With this present-day reality in mind, future discussions should not center around post-colonial guilt, but on post-colonial retribution.

Reparations begin by listening to the victims of colonialism themselves. In October of 2021, a crimes against humanity lawsuit was brought before a court in Brussels by five biracial women who were forcibly separated from their Black mothers under Belgian colonial rule. The women did not request apologies, but reparations of 50,000 euros (about US$58,000 each. In fact, plaintiff Monique Bitu Bingi stated in an interview with the AFP: "We were destroyed. Apologies are easy, but when you do something you have to take responsibility for it." André Lite, who served as the Congolese Minister of Human Rights, further detailed how unimpactful mere apologies are, relaying to Anadolu Agency that “The regrets of certain Belgian officials will never be enough in the face of their obligation to grant reparations to the victims of colonization and their relatives.” It is clear that to those who suffered from the Belgian colonization of Congo, regret alone cannot serve as restitution. Though admitting colonial wrongs was long overdue, it is not the end to reconciling with the nation’s past, but the beginning.

In the end, the future of Belgian-Congolese relations relies on Belgium’s ability to focus on the blood that was shed, not on arguments over whose hands it has made unclean. Previous financial allocations to support gender equality, just governance, sustainable development, and technical and vocational education have had more of an impact than words alone ever could, including funding civil society organizations (CSOs) that are designed to meet the specific needs of various Congolese communities. As Abrassart stated, “…reconciliation—and, I would add, reparation—it means material and memorial—will really create a collective therapy for all the Belgians, including the post-colonial bodies like Congolese, Burundians and Rwandans.” Amidst rampant food insecurity, extreme poverty, and a refugee crisis induced by post colonial conflict, Congo can only benefit from Belgium’s actions, not their apologies. One does not have to become their ancestors to realize that past regimes have present implications, and that by moving beyond remorse and toward results, colonial wrongs can one day be righted. 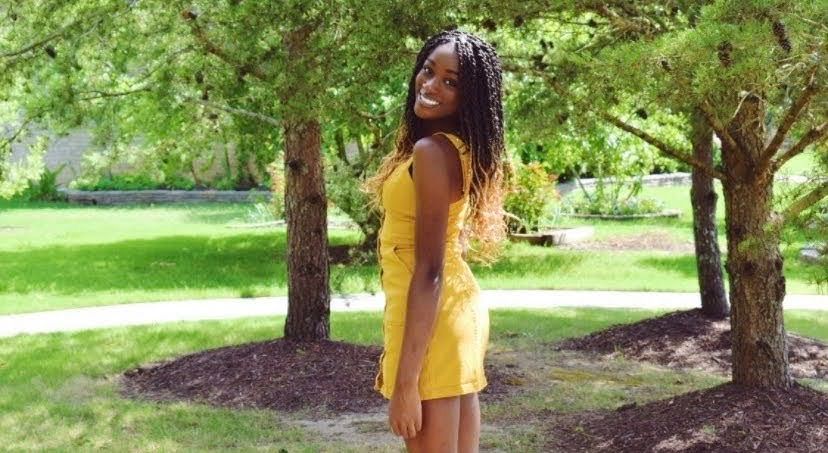 Dara is a staff writer for the HIR interested in international development, postcolonialism, and social cohesion. She concentrates in Social Studies and Ethnicity, Rights, and Migration.