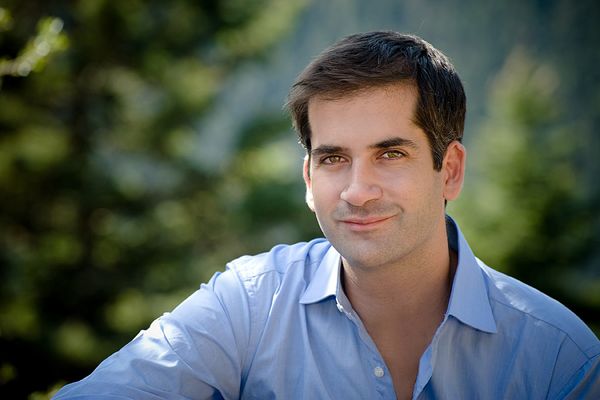 On the Past, Present, and Future of Athens: Interview with Kostas Bakoyannis

Kostas Bakoyannis is the mayor of Athens, Greece. He also served as Governor of Central Greece (2014-2019) and mayor of his hometown of Karpenisi (2011-2014). Max Bahdanovich and Ben Roy of the HIR sat down with him after his keynote address at the Harvard Center for European Studies’ 50th anniversary celebration to talk about his experience as mayor and the influence of his education and family on his career path.

Coming from a well-known political family, was there an expectation of you going into politics? How did your family background impact your career?

I am extremely proud of my family. I am as proud of my [maternal] grandfather, who served as a Prime Minister of Greece, as of my other grandfather, who was a priest in a remote village up in the mountains. Families are always important. Both of mine instilled in me a sense of duty and a love for public service. But our choices are our own—after all, we are the ones who have to live with the consequences of our decisions. So what drew me into public service was my love for my hometown of Karpenisi, which I served as mayor ten years ago. Then, I continued as a governor of Central Greece. Today, I have the privilege to be the Mayor of Athens.

Do you have any models in your family that you try to emulate as a public servant? Is there someone you look up to?

I look up to many people and I try to learn from others. I believe one of the main challenges for us as public servants is to talk less and listen more. I draw inspiration from my grandfather who, as I’ve told before, was a priest. At that time in Greece, priests were also teachers, psychologists, marriage counselors; they even helped give birth. From him, I learned empathy: how important it is to connect, to put myself into someone else’s shoes and to be able to understand where everyone is coming from.

What was the first thing you did when you became mayor?

Early in the morning, I went to where the sanitation workers gather and start their rounds. I wanted to show how important their work is, to be with them, and send the message that our workers are very important to us. I wanted to show that the improvement of the daily lives of the citizens is about working from bottom up, rather than top down.

One thing that’s different between Greek politics and American politics is that a lot more strikes happen in Greece. How do you approach municipal workers who go on strike?

It’s their legal and constitutional right. I may agree or disagree with them, but I cannot deny them the right to strike.

There have been [a couple of strikes since I took office]: for three or four days there was a sanitation workers’ strike because they opposed a law that was passed [opening doors for the privatization of sanitation services], but we actually cooperated quite well to ensure that the city would be kept as clean as possible, and so that trash wouldn’t pile up on the sidewalks.

Do you see yourself running for reelection as mayor, or do you plan to move into the Hellenic Parliament or some other higher office?

I would certainly love to run for reelection. I hope the Athenians will keep me around. There’s a lot of work to be done that exceeds my four-year term. Athens is at a crossroads. We have a very clear vision: we want to build a city that is equally proud of its modern self as it is of ancient heritage. We have a very clear roadmap, and we are optimistic about the future.

Athens is often praised for its vibrant past, especially by visitors. However, its present culture is often overlooked. As mayor, did you have to deal with the tension between cities past and present?

I think there is a harmonious symbiosis in Athens: of the past, present, and future; of our ancient heritage; of our modern, vibrant culture. It is a city that is full of surprises. Plato’s Academy is a good example of the city’s potential. Actually, I took my Oath of Office in the park of Plato’s Academy, because it is an incredible, unique archaeological area. It also functions as a park today, which, however, is in a neglected neighborhood. So, if we turn this neighborhood around by focusing on the park, we can turn the whole city around. By taking advantage of our past, we can build a better future.

You’ve served as mayor of both Karpenisi and Athens. What are the major differences between being a mayor of a small town of about 15,000 and a capital of millions?

There are tons of quantitative differences, starting from the population, to the [geographic] size, but qualitatively, it is actually the same. One is called upon to make real decisions about real people. One has to deal with people. So, I think it is the same methodology, if I may use this word.

You talked at the Center for European Studies about making Athens more resilient and sustainable. There was a plan to uncover the river Ilyssos, as it had been paved over as the city expanded. Could you just talk a little about that plan?

We’ll see about the river Ilyssos. It’s a bit too soon to tell. We have to make sure that if we uncover the river, there’s actually water there. Athens has the Hippodromios water irrigation system, an ancient water system. It’s still functioning today, and now we’re trying to showcase it.

As mayor, what problem causes you the biggest headache at this point?

Well, every hour it’s something else. Our work is as rich and diverse as the life of the city. There's never just one thing—that’s what’s so exciting about being a mayor. And it's what keeps me going.

How can one make the most out of their time at Harvard? What in your education influenced your success as a politician most?

I would underline two things. The first is the people you meet and the friends you make. Fifty percent of one’s education is inside the classroom, and the other fifty is outside: talking to different people and learning from them. The second is the importance of skills. You cultivate skills, from fast reading to decision-making models. All of it has come in handy in my case.

At Harvard, a lot of students are contemplating a career in politics. Do you have any advice for them?

Wow! I never thought I would find myself in a position of offering advice. I would suggest staying true to themselves. And to remember, it is never about the messenger—it is always about the message. I would also tell students to keep their feet on the ground, look down rather than up, and never forget that public service is a great privilege.

This interview has been lightly edited for style and clarity.