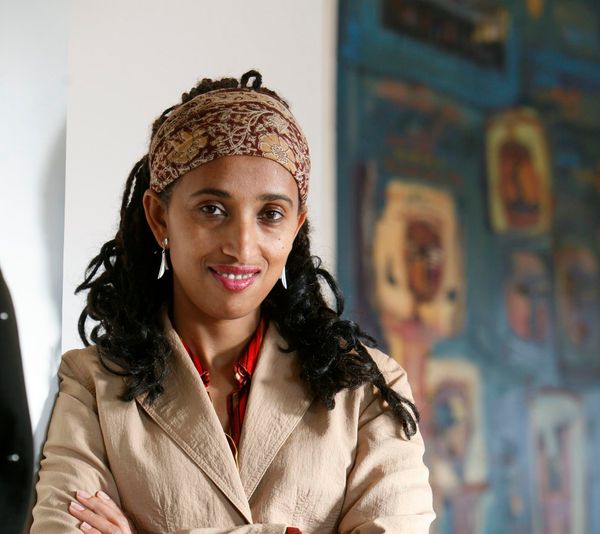 On Sustainable Development in Rural Ethiopia: Interview with Mitslal Kifleyesus-Matschie

Mitslal Kifleyesus-Matschie is the founder of Ecopia, a “social for-profit company” dedicated to promoting sustainable development within the Ethiopian rural community. In her previous career, she worked with the Organization to Prohibit Chemical Weapons to secure ratification of the Chemical Weapons Convention.

What motivated you to move on from your first career in arms control to found Ecopia?

Well, it was connected to my first career. In my first career, I became successful because I convinced a number of African and Latin American nations to ratify the Chemical Weapons Convention. When I was convincing them to do so, I used to say that “Your country will be peacefully developed with food, cosmetics, medicine, and other applications.” In reality, many of these countries made treaties, but they were not able to implement [development] themselves because the international treaties stayed up there, at the government levels, and the small farmers were not making a profit out of it. And I said, “That was the reason I did it from the very beginning. I was just finishing what I started.”

Your website describes Ecopia as a for-profit social enterprise. What does that mean, and how does it impact the day-to-day running of the business?

Ecopia is made in a certain way. When you are making a PLC, you need an owner who takes the risk, and I am the one. But in the countryside where we made Ecopia, we first trained the communities and then they developed their own Ecopia suppliers and processors. On each site, they have their own companies, and they sell their products to the center, and they are then exported. The money is one to one to them. We only help them in some areas where they cannot do it, because they are cooperatives or because they are young or because they are small. Otherwise, everything is done by them, and they earn the money directly.

Where exactly does Ecopia operate, and how would you define Ecopia’s relationship with the rural community?

Actually, we are only in the rural community. In the big towns, we are only selling. We process the whole product in the rural community, with the community. The relationship starts like this: The community itself goes to the government or the NGO helping them and asks if [the government or the NGO] could help to invite Ecopia. I’ve never gone to any community to develop them; I’ve only gone if they ask me if I would like to develop together.

Then, on the basis of their request, we do the training two or three times and then, after that, we establish a company with them. In order to establish a company with them, we work for two or three years under a memorandum of understanding so that they are able to create a team, able to do all the tasks required of them without having to confront the legal or administrative obligations of running a company. On that basis, we work directly with them in the countryside.

We already have 14 sites. As long as the community wants to earn money to fulfill the Sustainable Development Goals, we will go anywhere. The aim is to generate money through fulfilling the SDGs.

Not only that, but we are mainly organic as well. Since we are within the Ethiopian Biosphere Reserve, we actually do all the sustainable codes, all the numbers from training to conservation of the forest, income generation, ecotourism, everything. When you have a Biosphere Reserve, you must fulfill all of them to be nominated, and to keep your nomination, you need to maintain them.

You mentioned ecotourism as one of those key pillars. Why has Ecopia gotten into the ecotourism business, and what are the benefits of that?

When you become a Biosphere Reserve under the UNESCO, you have to have three pillars: conservation, education, and income generation. Ecotourism is the combination of education and income generation activity. First, we worked in food: we made jams from the forest fruits so the farmers can generate an income to keep the forest, but you don’t make enough money in the food sector to keep the forest. From the biomass of the food, from the avocado, from orange peels, from mangos, from nuts, we started to make cosmetic products. As we made cosmetic products, we generated a better income.

Keeping all the youngsters in the forest, though, is a very difficult job because they want to be connected and involved in the 21st century. The best thing for that is to integrate tourism. By integrating tourism, we enabled the youngsters to communicate, interact, and engage with other youngsters in the country, as well as some of the tourists who were coming.

You’ve been hailed as a successful female entrepreneur in this sphere. How have you worked to encourage women to enter this field, both at the entrepreneur level but also at the community level?

Women make around eighty percent of the products in our company by the nature of the activity itself. Half of these women have no other possibilities of working in the country other than working with us.

How do we encourage young women to become entrepreneurs? When we start the training, we discuss the obligation of the communities to take full responsibility of their companies after five years, and we only take care of the branding. For that, you have to not only encourage them, but also invest in them so they can do it and so they can meet their own commitments to themselves and the community. This process starts from the beginning, and they have to do it because the company becomes cumbersome for us.

Our intention is not to run the company for ourselves. Our intention is to involve all the communities from the beginning and that they are as independent as possible. Often times, women want us to do this because most of the young men are interested in big projects, not the small ones.

How do you see the future of Ecopia unfolding?

So far, I have maybe 11,000 or 12,000 suppliers, but my aim is to reach two million Ethiopians, and I also want to work in the pan-African system in Kenya and Uganda. My next vital step is creating a social entrepreneur impact house with the Ethiopian government, which is connected with the financial system. It would be a business engine for social enterprises, connected with the universities, to create a financial institution which enables start-ups within the social impact field.

This interview has been lightly edited for length and clarity.