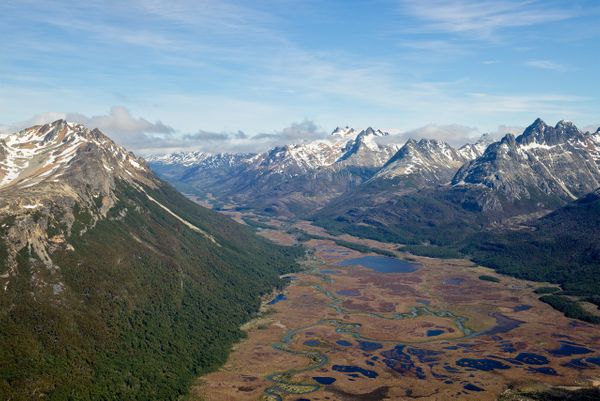 On Environmental Activism in Argentina: A Conversation with Andrés Nápoli

Andrés Nápoli is the Executive Director of FARN (the Environment and Natural Resources Foundation), an environmental NGO based in Buenos Aires, Argentina.

What motivated you to pursue environmental activism? How did your background influence the work that you do today?

As the Executive Director of an organization like the FARN, what do you do on a daily basis? How do you carry out your work?

FARN is an organization that has worked for a long time on environmental issues, and I would say that it’s well professionalized. In my case, I covered distinct places in the organization, so I’m familiar with almost all of what the organization does. As director, part of my work has to do with organizing working groups and establishing the fundamental strategic priorities for the organization to function. I also work with fundraising, which is very important in developing the organization’s skillsets. Additionally, I have various thematic areas on my plate. I deal with everything related to the Escazú Agreement [a Latin American regional agreement that implements new measures to improve transparency and protect environmental defenders], which helps to move forward with many of the things the Foundation works on. In a way, I represent the organization in places with a political or a formal character.

What are the biggest successes that FARN has achieved in its work?

FARN is a pioneering organization. Initially, I worked on promoting instruments of citizen participation and access to public information, and we can say that one of FARN’s biggest successes would be tools to access environmental information– information about laws, developments, implementation of laws. Similarly, FARN has achieved success in creating mechanisms for public participation [in environmental lawmaking] through public hearings, etc. FARN was the original promoter of these mechanisms.

FARN has also achieved success in a cause that is very emblematic here in Argentina, the contamination of the Riachuelo. The Riachuelo is the most contaminated river in the country, and it was the court battle that prompted the cleaning of the river. FARN was also the original promoter of the Escazú Agreement in Argentina, and we achieved that as well. There are many more, but I mentioned those three most important [successes].

What would you say are the major challenges in Argentina for your work?

Well, the challenges here in Argentina are the same as in every country, but they are especially similar to other countries that are in similar places [economically]. We deal with problems surrounding the extraction of natural resources and the impacts that they generate, in sectors such as petroleum and mining. Those impacts aren’t reflected in the public policy agenda. The environment in general is not yet one of the principal topics on the public agenda in Argentina. Therefore, environmental topics don’t get proposed in governmental initiatives, but rather through societal processes. FARN has accompanied many of those social processes so that environmental issues do enter the governmental agenda. If not, the government expresses itself through documents and statements, not through public policy. We are working through that challenge.

What’s your definition of environmental justice, and how would you link it with questions of social justice?

I want to ask about China’s investment in Argentina and in Latin America more generally. How are those investments going to affect environmental issues in the region?

Many Chinese projects in the country have been questioned socially, for example the construction of the Santa Cruz dam in the province of Santa Cruz, in the south of Patagonia. We see that China is a country that has a very strong negotiating position, and it takes advantage of situations in countries like Argentina. In the case of Argentina, it was the question of overseas judgements. At this time, with Argentina’s situation in the international credit market, it succeeded in negotiating a currency swap with China to advance with a series of works that are very inconvenient for [itself]. On that point, Chinese companies do not comply with environmental safeguards in other investments, and Argentine environmental safeguards often fall below international standards.

Let’s talk about the Escazú Agreement. What role did you play in the negotiations? Did you get everything that you had wanted?

We accompanied all of the negotiations for the Escazú Agreement from the Rio+20 meeting onwards as members of the Access Initiative, which promoted and encouraged the earliest conversations about Escazú. Later on, we worked very closely with the meetings on focal points, even before the negotiations. When negotiations started in 2014, I ended up as an elected public representative. From then until now, I’ve been working in that role, as a representative of the public.

The Escazú Agreement’s negotiations lasted for four years of hard work. We believe that we did not achieve one hundred percent of the things that we wanted, but as part of civil society, we were satisfied to have established very strong standards to promote citizen participation in environmental issues, solid standards regarding access to justice, and, above all, measures for protecting environmental defenders. That measure seemed like a very real and very corporeal measure, not just as civil society, but as a society that cares about environmental issues.

Even though we have a direct descendant of the Aarhus Convention [a European regional agreement on access to environmental information and public participation in environmental decision-making], we want the Escazú Agreement to respond much more directly to the problems of the region specifically. We’re in agreement with Escazú, but much more can be done to implement it and related treaties.

What did you like seeing in the Escazú Agreement?

I believe that the Escazú Agreement should attend to the highest priorities for the region. For people who defend the environment, we have an extremely sad record of deaths. We are leading the world in murders of environmental defenders, so the Agreement has to start there. It has to promote measures to protect that type of activist. If a person or a group of people takes a risk to protect the environment, states have to offer protection to those people. We already have examples in the region of states that have not listened to the risks that the death of Berta Cáceres brought up. A principal achievement of Escazú was to make those responses.

Above and beyond that, the agreement gives responses to the problems that every country surrounding the right to access [environmental information] and public participation. When countries do not comply or implement less than ideal processes, the Escazú Agreement has immediate responses. We therefore hope that the Escazú Agreement increases citizen participation in environmental issues.

I’d like to talk a little more about the process for Argentina to ratify the Escazú Agreement. What was that like?

For me, Argentina’s process to ratify the Escazú Agreement was quicker than I had ever hoped would happen. Argentina was not a leading country in pushing the process forward like Chile or Costa Rica, but the process was pretty positive because Argentina had always been a country that promoted international agreements. However, when Argentina took up the Escazú Agreement, it succeeded in something important: youth movements, or movements composed mostly of young people, made the Escazú Agreement into their own cause. They achieved a large mobilization, linked to the more political sector because the pandemic began during this time and [social] mobilization largely had to stop. They concentrated in the political sector, and they achieved a ratification much more quickly than we believed Congress would ratify the Agreement. I believe that was the key to the Agreement’s success: Other groups and other people made the Agreement their own and brought it forward that way.

How do you see the future of environmental justice in Argentina and in Latin America?

I believe the future holds much more activity because, lamentably, every day there are more pressures out there against the environment. In Latin America and the Caribbean, we are neck deep in very grave problems, which have to do with climate change, the loss of biodiversity, deforestation, loss in soil cover, forest fires. We’re dealing with large social and environmental impacts, and if those impacts do not have an associated response from the state, we’re going to see many types of complaints. Those complaints may make their way through the courts, but in addition to the search for justice in the courts, we’re going to see social complaints. I believe the incorporation of environmental justice into public policy is key. Indeed, the acceleration of the climate crisis is going to need its own strong responses, so I see a great deal of activity on the horizon.

Foster spoke with Nápoli on July 21, 2021. This interview has been lightly edited for clarity and length; the original interview was conducted in Spanish, and any translation mistakes are the author’s.