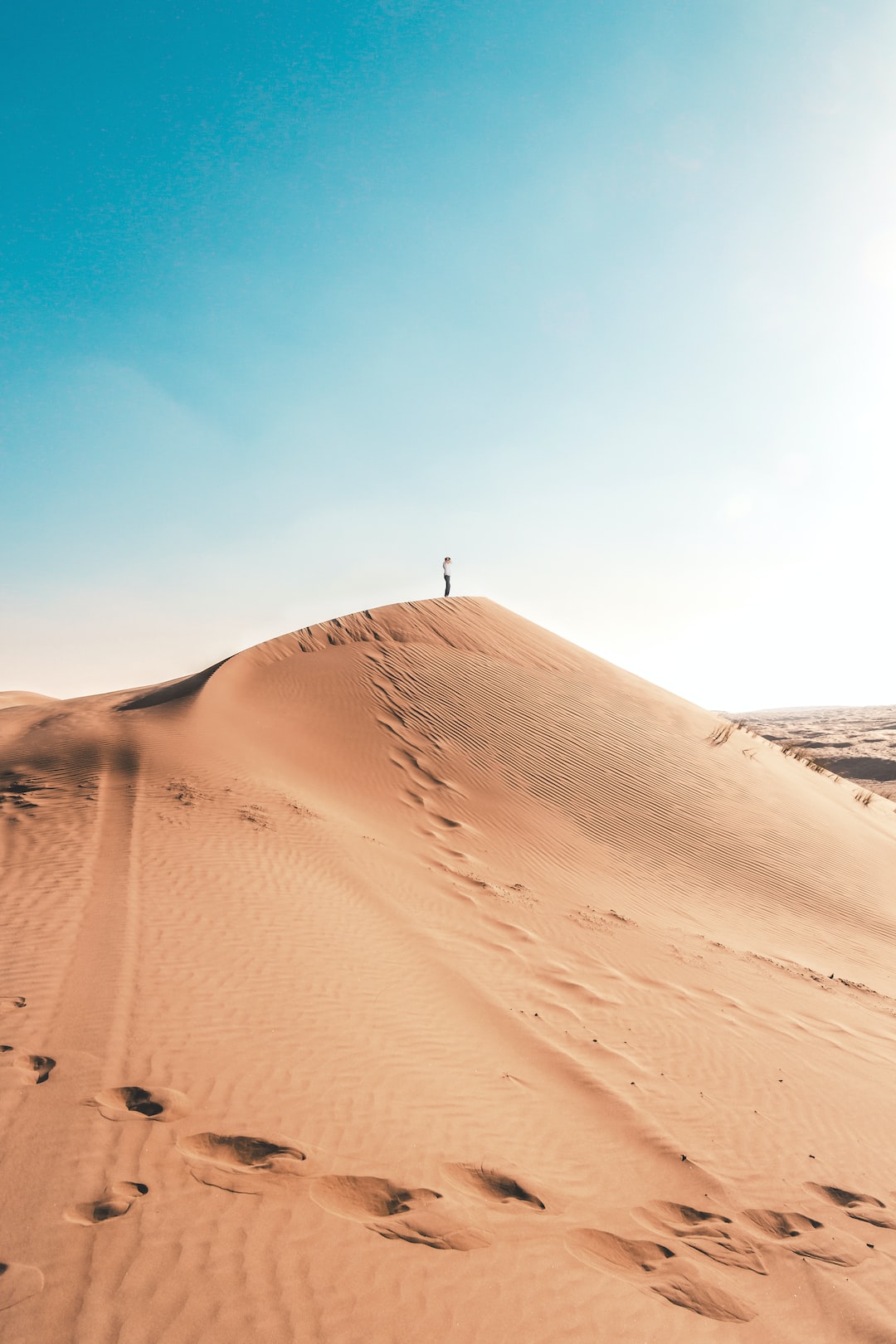 Oman: the Switzerland of the Middle East

There are essentially three study abroad locations for high school students wanting to learn Arabic: Jordan, Morocco, and Oman. Both Jordan and Morocco are relatively stable monarchies with a low rate of terrorist attacks compared to their neighbors, but Oman is even safer than either. Indeed, Oman, a country also ruled by a royal dynasty, has never experienced a terrorist attack. As a brutal civil war rages in neighboring Yemen, Omanis live in relative political stability thanks to the Omani government’s authoritarian benevolence, where it exchanges generous social programs for its citizens’ loyalty. In addition, low youth unemployment, a majority-Ibadi Muslim population, and a foreign policy of neutrality all contribute to an environment of stability.

Today’s Oman was heavily influenced by Sultan Qaboos bin Said al-Said, who came to power in a coup d’etat that overthrew his father in 1970. Sultan Qaboos heavily developed and modernized Oman’s infrastructure, concurrently embracing the nation’s vast oil and gas reserves. Under his rule, Oman was transformed from a primarily agrarian society into a modern and industrial one. In fact, while Oman’s GDP was US$256 million in 1970, it rose to US$79.66 billion by 2012, demonstrating the extent and speed of Oman’s modernization.

The rule of Sultan Qaboos can be described as one of authoritarian benevolence. On one hand, the Omani government has allegedly committed numerous human rights abuses, including extreme mistreatment of prisoners. In addition, human rights organizations are banned from operating within the country. On the other hand, the government is able to provide an array of social programs, including free healthcare, for its citizens. Oman is far from a liberal democracy, but because the government is able to provide for its citizens, allegations of human rights abuses remain limited in influence or impact.

Authoritarians and the Arab Spring

However, in order to mitigate the dangers associated with a single-product economy, the Sultan has initiated a policy of economic diversification called Vision 2040. This national project is meant to reduce the economy’s reliance on oil and gas through various initiatives, such as “modernizing agriculture, creating technology and startup ecosystems, boosting tourism and establishing free industrial zones near the port cities of Salalah and Duqm.” Implementing austerity measures in the face of dwindling oil and gas reserves would be extremely unpopular and could lead to protests against the regime; the country’s policy of economic diversification is an attempt to maintain funding for those programs, as they are integral to the regime’s survival. But that doesn’t mean Oman is completely immune from dissent.

When the Arab Spring erupted in 2011 with anti-government protests across the Middle East, thousands of Omanis demanded jobs and an end to corruption in cities across Oman, including the capital, Muscat. Police arrested demonstrators, and even used lethal force at one particularly violent protest in Sohar. After the Sultan promised political reforms which would give more power to the Shura Council, the country’s democratically elected legislative body, activists and writers who criticized the slow pace of reform were arrested. Ultimately, the Sultan announced plans to limit the hiring of foreign workers and to increase the minimum wage.

Oman’s Arab Spring was resolved relatively peacefully, due to the Sultan’s authoritarian benevolence. The government cracked down on protests, followed by the Sultan announcing economic changes in response to the protest demands and granting everyone who was arrested a pardon. The Sultan’s response to the protests was a typical example of authoritarian public appeasement: more jobs, no more protests.

While other Gulf states, such as Qatar and the UAE, have similarly low levels of youth unemployment, acts of terror have occurred in both countries. In 2005, a car bomb exploded at a theatre in Doha, and in 2014, a foreign teacher was killed in a stabbing in Abu Dhabi. This suggests that while a policy of authoritarian benevolence may be an important pillar in sparing Oman from terrorism, it is not the only one.

The pillar missing in Qatar and the UAE, one that works in conjunction with the government’s authoritarian benevolence and the resulting low rate of youth unemployment, is religion: Oman is the only country in the Middle East with a majority Ibadi Muslim population, and seventy-five percent of Omanis follow this sect of Islam, not associated with either the Sunni or Shia sects. Despite being derived from the 7th century extreme Islamic sect known as the Khawarij, Ibadism is seen as more progressive than both Sunni and Shia Islam. Indeed, British observers of Omanis commented how Ibadis were the “least fanatical and sectarian of all Muslims.” Ibadis pray with Sunni Muslims and associate with people of all faiths, including Christians and Jews. Ibadism preaches tolerance and nonsectarianism, making it much more difficult to be manipulated as a platform for terrorist acts unlike more hard-line interpretations of Islam, such as Saudi Arabia’s Wahhabism. Thus, Ibadism acts as the second pillar of Oman’s relative stability, acting as a shield against the more radical interpretations of Islam often connected to jihadist terrorism in the Middle East.

Neutrality in the Middle East

Lastly, Oman follows a policy of neutrality, the third pillar of the country’s stability. The country is not involved in any current conflicts in the Middle East, and often acts as a mediator between rival parties. Regarding Iran, the country has pushed for dialogue and has resisted Saudi pressure to join its anti-Iran bloc, instead choosing to remain neutral. The benefits of neutrality to Oman are obvious: since the country has no state enemies, it avoids both direct and indirect military confrontation. In addition, there is no reason for Oman to get involved in sectarian conflicts, since the country is neither Sunni nor Shia.

In contrast, Iran “dominates” Iraq, a country with a sizeable Shia minority and sectarian politics, and intervenes in Syria in support of Bashar al-Assad, an Alawite (a branch of Shia Islam). While Iran’s motives for promoting its influence across the Middle East are simultaneously pragmatic, political, and economic, the country’s Shia identity no doubt plays a central role in Iran’s foreign policy as well. Since Oman does not have that same religious identity, the country’s foreign policy lacks the religious undertones of its neighbors.

The Importance of a Stable Oman

In a region of political instability and conflict, Oman remains a notable outlier. The country uses its vast oil and gas reserves to pursue a policy of authoritarian benevolence, providing services for its citizens in exchange for a lack of dissent. Sultan Qaboos, aware of the importance of funding these programs, is seeking to diversify Oman’s economy and reduce its reliance on oil and gas reserves that will one day run out. Protests in Oman have not and likely will not lead to civil war because of the Sultan’s authoritarian benevolence. The country’s low youth unemployment and the fact that the majority of Omanis are Ibadi Muslims lead to a very low risk of terrorist attacks in the country. Finally, Oman’s neutrality in the region means it avoids direct and indirect confrontation with other states, which maintains the country’s stability.

Understanding the reasons behind Oman’s stability is crucial to maintaining the country’s status as a safe haven. In addition, Oman controls a vital international shipping passage, so a conflict in that area could wreak havoc on the world economy. If Oman does come to appear on the news, it had better be for good reason.