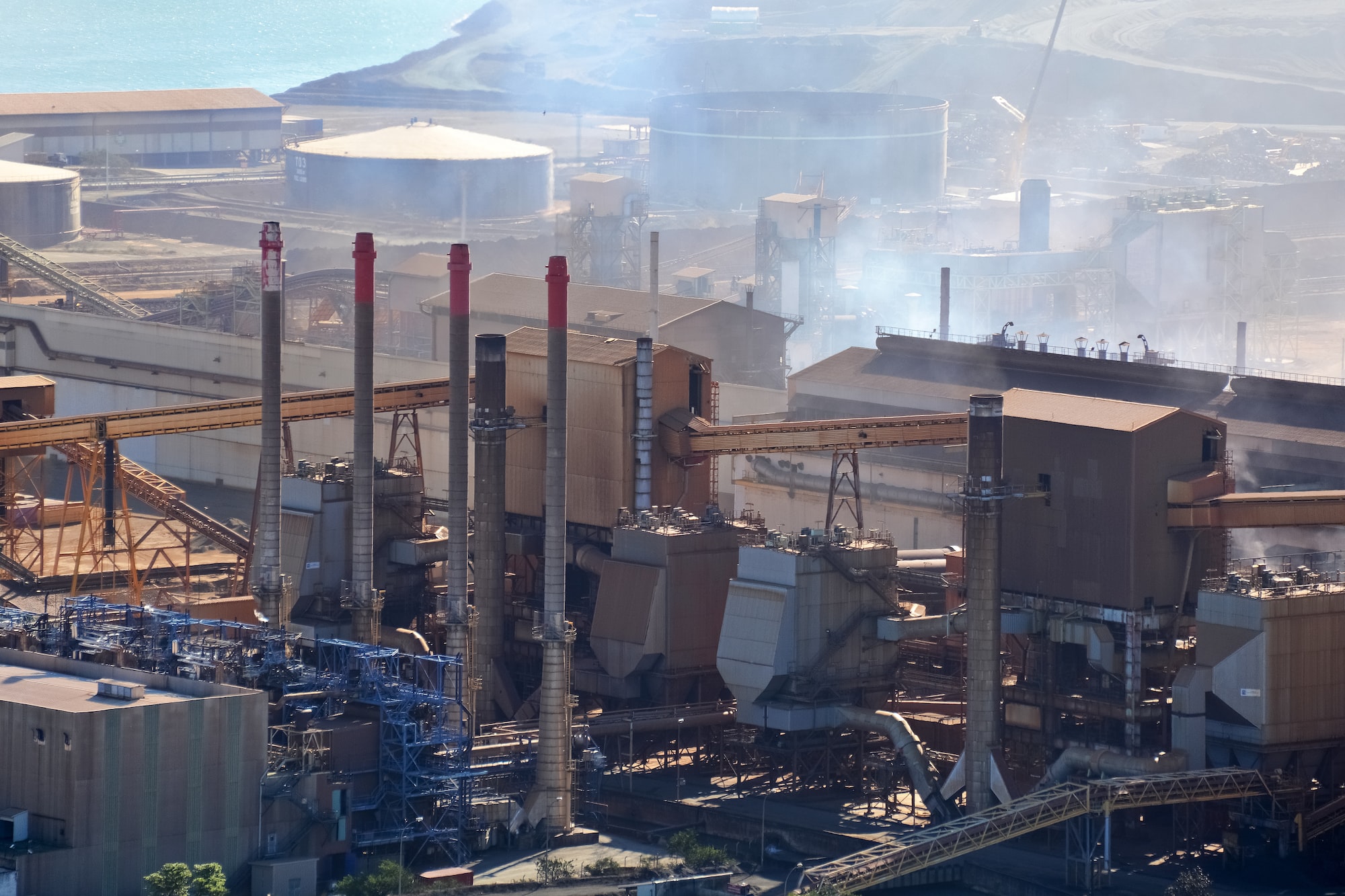 Not So “Green” Technology: The Complicated Legacy of Rare Earth Mining

Most people view technology as the future, a force of good that will generally improve quality of life around the world. In the business sector, Silicon Valley and tech startups exhibit massive growth potential; in manufacturing, new machinery and automation are boosting efficiency; and in the environmental realm, green technology presents the best prospects for decarbonization.

But as much as technology is hailed as the panacea of the future, most of these innovations have a dirty underside: production of these new technologies requires companies to dig up what are referred to as rare earth elements (REEs).

REEs describe the 15 lanthanides on the periodic table (La-Lu), plus Scandium (Sc) and Yttrium (Y). Contrary to what the name suggests, REEs are abundant in the earth’s crust. The catch is that they come in low concentrations in minerals, and even when found, they are hard to separate from other elements, which is what makes them “rare.” Perhaps these elements also get their name from being rarely discussed, even though everything from the iPhone to the Tesla electric engine to LED lights use REEs. Demand for these elements is projected to spike in coming years as governments, organizations, and individuals increasingly invest in clean energy. An electric car requires six times the mineral inputs of a conventional car, and a wind plant requires nine times more minerals than a gas-fired plant. With current estimates, demand for REEs could increase six-fold by 2040. Lithium and cobalt demand could increase ten to twenty times by 2050 because of electric cars. Demand for dysprosium and neodymium is estimated to increase seven to twenty-six times over the next 25 years as a result of electric vehicles and wind turbines. But REEs also have grim prospects: the way companies extract REEs largely damages communities and contaminates surrounding areas.

There are two primary methods for REE mining, both of which release toxic chemicals into the environment. The first involves removing topsoil and creating a leaching pond where chemicals are added to the extracted earth to separate metals. This form of chemical erosion is common since the chemicals dissolve the rare earth, allowing it to be concentrated and then refined. However, leaching ponds, full of toxic chemicals, may leak into groundwater when not properly secured and can sometimes affect entire waterways.

The second method involves drilling holes into the ground using polyvinyl chloride (PVC) pipes and rubber hoses to pump chemicals into the earth, which also creates a leaching pond with similar problems. Additionally, PVC pipes are sometimes left in areas that are never cleaned up.

Both methods produce mountains of toxic waste, with high risk of environmental and health hazards. For every ton of rare earth produced, the mining process yields 13kg of dust, 9,600-12,000 cubic meters of waste gas, 75 cubic meters of wastewater, and one ton of radioactive residue. This stems from the fact that rare earth element ores have metals that, when mixed with leaching pond chemicals, contaminate air, water, and soil. Most worrying is that rare earth ores are often laced with radioactive thorium and uranium, which result in especially detrimental health effects. Overall, for every ton of rare earth, 2,000 tons of toxic waste are produced.

China currently dominates the REE market, accounting for 85 percent of the global supply in 2016. Australia is the next largest producer contributing 10 percent of the market, yet barely making a dent in China’s monopoly. For comparison, in 2018 China produced 120,000 tons of REEs while the United States produced 15,000 tons. China has even used REEs as a tool to coerce other nations: in 2010, it blocked REE exports to Japan as punishment for Japan’s detention of a Chinese captain. More recently, it considered limiting REE exports to the United States in response to tariffs put in place by former US President Donald Trump, presenting a tremendous threat since the US defense industry relies heavily on these minerals. However, only 35 percent of the world’s REE reserves are in China, raising questions about how the country has been able to monopolize the industry.

China was only able to establish such dominance over the REE industry in large part because of lax environmental regulations. Low cost, high pollution methods enabled China to outpace competitors and create a strong foothold in the international REE market. This market is now booming: China spiked its outputs for the first half of 2021 by more than 27 percent, hitting record levels of REE extraction as demand increases.

The most infamous mine in China is Bayan-Obo, the largest REE mine in the world. Even more infamous than the mine itself is the tailing pond it has produced: there are over 70,000 tons of radioactive thorium stored in the area. This has become a larger issue recently because the tailing pond lacks proper lining. As a result, its contents have been seeping into groundwater and will eventually hit the Yellow River, a key source of drinking water. Currently, the sludge is moving at a pace of 20-30 meters per year, a dangerously rapid rate.

There are plenty more examples of unsafe mines throughout China. The village of Lingbeizhen in the Southern Jiangxi province has leaching ponds and wastewater pools exposed to open air. It is easy to imagine toxic chemicals spilling into groundwater or waterways since they are left unmonitored and vulnerable to the whims of nature. In another mine, so much wastewater was created that China had to build a treatment facility to clean 40,000 tons of wastewater per day before letting the water flow back into the river.

Workers are also suffering from health complications due to exposure to these toxic chemicals. Worker safety is not prioritized or monitored in these mines, resulting in skin irritation and disruptions to their respiratory, nervous, and cardiovascular systems. Human rights abuses have been reported throughout mines in these areas as laborers are overworked and underpaid.

China has taken some steps to address issues arising from REE mining, but not nearly enough. China estimates US$5.5 billion in damage from illegal mining that needs to be cleaned. The Chinese government has also acknowledged the existence of so-called “cancer villages” where a disproportionately large number of people have fallen ill with cancer due to mining-based pollution. Officials have shut down some smaller illegal mining operations, looking to consolidate mining under six state-owned groups that the Chinese government claims will maintain better practices surrounding toxic waste management, but farmers claim state-owned companies are just as bad. Some argue state-owned companies are worse because they poison communities with governmental support. For example, in Zhongshan, a company claimed it was extracting resources before the government built a highway in the area, but after the highway was finished, it refused to leave. People in the area began noticing wastewater seeping into their farms, and they were forced to inhale sulfur every time they went outside. 15 protestors were arrested in 2015, and ten more protestors were arrested two years later. Some farmers from Yulin, an area with REE mining, have a similar story: they started protesting when they saw their crops and livelihoods being affected by REE extraction. Ten protesters from Yulin were detained in May 2018, and seven still remain in detention.

For all its narratives of progressive reform on REE mining, China understands the value of its monopoly and wants to maintain the status quo. It appears as though China is now moving its operations to Africa, where it can contaminate outside communities instead of exposing its citizens at home to the risks of REE mining. Though some of these operations are conducted by private companies, the six major mining companies are all state-owned enterprises. China has achieved exclusive rights to the REE deposits in a handful of African countries in return for infrastructure building. For example, China obtained the rights to lithium mines in the Democratic Republic of the Congo in return for building national roads, highways, and hospitals. Similarly, China obtained commercial licenses for REE mines in Kenya by agreeing to build a US$666 million data center. More deals are surfacing in Cameroon, Angola, Tanzania, and elsewhere. Though African nations accept these deals now, some worry that this is a long-term strategy for China to lock African nations into a cycle of debt. In order to counter Chinese influence, the United States has restarted some of its older REE mining operations in various states. The government wants to ensure that critical US industries can remain separate from China in the event of a larger dispute. Thankfully, the US has more stringent environmental regulations on its REE mining, though its methods are certainly not perfect.

With China looking to mine in Africa and more REE operations being launched in the United States, Brazil, Mongolia, and India, REE mines are presenting a unique challenge to the global environment.

On one hand, clean energy is an absolute necessity. Green tech is at a tipping point where its costs are rapidly decreasing as it is becoming more efficient at harnessing energy. Additionally, more areas are looking to attain zero emission levels with four states in the United States—Hawaii, New Mexico, California, and Washington—having already enacted legislation requiring all electricity to come from clean sources by 2050.

But the environmental impact in communities in which REE mining occurs may not be worth tackling, as viewed by some in China. It is rather counterintuitive that to solve environmental problems, companies are using methods that only further damage the environment, even if not emitting carbon dioxide.

This complicated ethical problem requires deep consideration of who benefits from REE mining, who experiences its negative effects, and to what extent it is necessary. For example, if the communities experiencing the effects of REE mining are not receiving any of its benefits, then there is a substantial issue of justice at hand. If REE mining produces such substantial environmental impacts that it contributes to the climate problem more than it mitigates, then there is an issue of purpose. Finally, if the communities with REE mining are also the ones experiencing the benefits of green technology in abating climate change, then they may view the tradeoff as worth the costs. All in all, the costs and benefits of REEs are difficult to quantify.

As businesses and communities grapple with these ethical questions, new innovations present easy opportunities to move away from REE mining. Harvard researchers have developed a new method for extracting REEs using bacteria rather than toxic chemicals to separate metals from each other. Likewise, researchers at Purdue University found a way to extract REEs from coal ash instead of mining for ores.

Of course, these new methods have yet to be perfected. As society awaits further technological developments and ways to make these methods cost effective, more companies are committing themselves to using exclusively recycled REEs or are attempting to get rid of the need for REEs at all. Renault’s Zoe car used copper windings instead of magnets to avoid REE usage. Similarly, BMW’s fifth generation electric vehicle eliminated REEs. There is also a substantial opportunity for companies to start recycling REEs, as the United Nations reported a recycling rate of less than 1 percent for REEs. For example, Apple’s newest iPhone 12 is made from 98 percent reused REEs. It is up to us, as consumers, to choose more ethically produced products so we don’t replicate the same environmental issues of the past. Though green energy has its benefits, we cannot let it lull us into complacency with toxic mining practices. There are no simple solutions to this debate, but there are ways to hold companies accountable and mitigate the needs, and effects, of toxic mining. 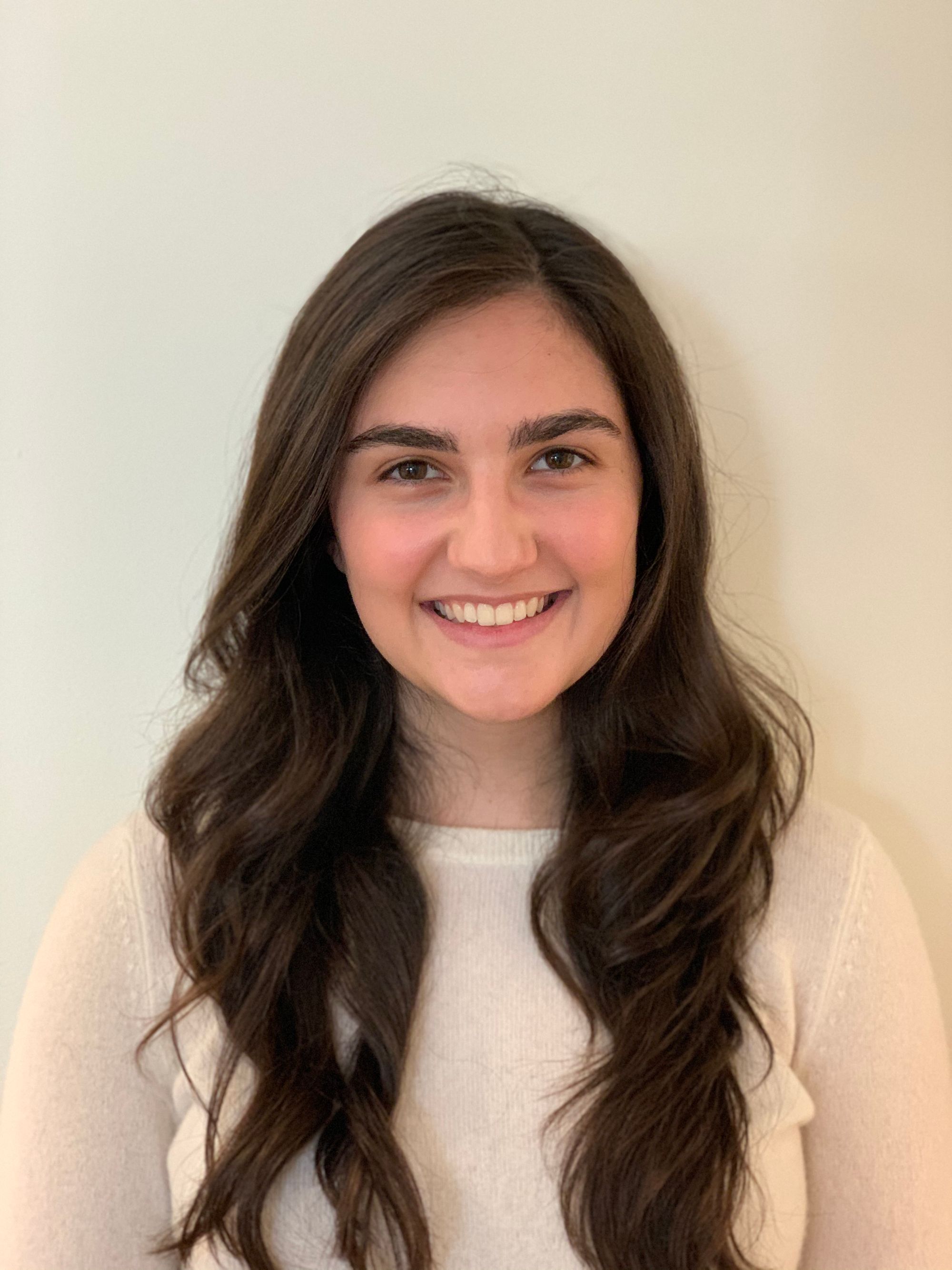 Jaya is a staff writer for the HIR. She is interested in social justice issues and international law. She has recently written about aerial fumigation in Colombia.

Establishing Cybersecurity Norms in the United Nations: The Role of U.S.-Russia Divergence

What Does the Belt and Road Initiative Mean for the Future of the International Integration System?

On Environmental Activism in Argentina: A Conversation with Andrés Nápoli