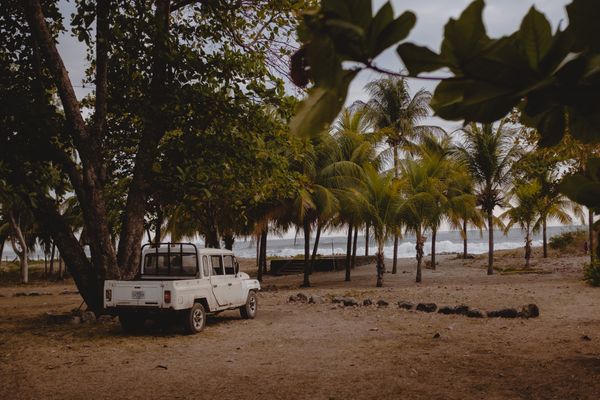 Many consider settler colonization a thing of the past. However, along Nicaragua’s Caribbean coast, it remains a problem of the present. Indigenous groups in eastern Nicaragua—a region rich with natural resources such as timber and mineral deposits—continuously face violent attacks led by the militant arms of logging, mining, and farming enterprises seeking to exploit the area’s largely untouched land. Nicaraguan President Daniel Ortega, a member of the socialist Sandinista party, acts seemingly oblivious to these raids, critically neglecting the human rights of his constituents.

A Vibrant Region Left for Dead

Nicaragua is not homogenous. Although central and western Nicaragua are mestizo-dominant, the rainforest-clad Caribbean shore is home to a thriving network of Indigenous groups and peoples. Primary among these groups are the Miskito, Mayangna, and Rama people who speak a variety of rich (although disappearing) native languages.

Article Five of the Nicaraguan Constitution promises to recognize and protect these groups: “the state recognizes the existence of the indigenous peoples…who enjoy the rights…to preserve the communal forms of land property and their exploitation, use, and enjoyment, all in accordance with the law.” Nevertheless, the Nicaraguan state grows increasingly complicit in settler violence each year. This long history of violent tension has driven a wedge into the relationship between Ortega’s Sandinista party and the Indigenous groups that face these attacks.

The Miskito people were among the Sandinistas’ first allies during the Nicaraguan Revolution, in which the Sandinista National Liberation Front (SNLF) overthrew the dictatorship of Anastasio Somoza García. However, this alliance shattered when the SNLF, newly in power, attempted to instate a Spanish-language literacy program in Miskito territory, the first of many Sandinista-led abuses that Indigenous communities would endure.

After years of governmental apathy towards settler land seizures, Mayangna communities petitioned the Inter-American Court of Human Rights for help. The court ruled on their side, enabling the passage of a law in 2003 that empowered the Nicaraguan government to forcibly remove colonos (settlers) from Indigenous territory.

However, the government has not brought this removal process—called saneamiento, or “cleaning up”—to fruition. Ortega’s revitalized Sandinista party continues to deny Indigenous Nicaraguans sufficient police support to fend off armed colono attacks, nor does it bring justice to the perpetrators themselves.

Last August, colonos descended upon a native community in the Bosawas nature reserve, massacring three Mayangnas and at least nine Miskitos. The Center for Legal Assistance to Indigenous Peoples published a statement shortly afterwards saying that the indigenous groups were assaulted “with machetes and guns, and were tortured…[The settlers] hung their bodies from a tree.” According to indigenous rights activists, these colonos were mostly former soldiers who now work within Nicaragua’s illicit logging industry.

This attack prompted a group of Mayangnas to write an open letter to President Ortega, which they posted on Facebook on September 5, 2021: “The massacre is already international news, Mr. President,” they wrote in Spanish, “but your government has not said anything at all. Why the silence?”

The events of last August, as gruesome as they were, were not an anomaly. Rather, the attack was a manifestation of long-established trends and dynamics. In January 2020, dozens of armed settlers had ambushed the same reserve, killing four Mayangna people, injuring two others, and burning down 16 houses. The attack forced hundreds of residents to flee, leaving the land to the invading settlers. The residents had no choice but to abdicate their home, as the Nicaraguan police did not arrive until the following day.

In February, a separate band of settlers shot a 17-year-old Miskito boy in the mouth, ostensibly to warn his community of an attack planned for later that month. In March, a third colono group attacked a Mayangna community called Kimak Was, leaving one person wounded and another missing.

Needless to say, these raids are not isolated events. A recent report by The Center for Justice and Human Rights of the Atlantic Coast of Nicaragua found that between 2015 and 2020, colono land grabs have killed 40 indigenous people, injured 47, taken 44 hostage, and led to the disappearance of four. Of course, this data excludes the recent surge in attacks throughout 2021.

“We Aren’t Invaders”: How Settlers Came to Be

Guns are not the only things that colonos bring to storm indigenous villages along the Caribbean coast. Many settler groups also possess documentation in the form of illegitimate land titles called avales. Settlers claim that avales give them legal authority to seize indigenous lands.

Settlers often purchase these land titles from corrupt officials near Miskito territory and then bribe lawyers and notaries to certify them. According to El País, regional government coordinator Carlos Alemán Cunningham is a frequent producer of avales. He also happens to rank among the most powerful Sandinistas in the Caribbean region.

“We aren’t invaders. Those of us who live here have been given permission by the community leaders and regional authorities,” stated a settler aligned with the Farmers and Ranchers Association of Tasba Pri, a weaponized agricultural firm.

The colono practice was born from economic factors and perpetuated by Sandinista political interests. Settlers began to pillage indigenous Nicaraguan land in the early 1990s, and the attacks skyrocketed in 2008 after Ortega and the Sandinistas took presidential office. In the early 2010s, a drought on the Pacific coast of Nicaragua pushed farmers eastward to the Caribbean in search of fertile soil. The decline of the Nicaraguan agricultural industry created a power vacuum that allowed wealthy cattle ranchers to consolidate land and power in central Nicaragua.

This migration and market shift transformed the power structures that underpinned interactions between farmers, cattle ranchers, and indigenous peoples. Opportunistic cattle ranchers established commercial relationships with colonos-for-hire who they paid to assault indigenous people living on valuable land. As the North American Congress on Latin America reports, “this situation has…transformed many colonos into a quasi-paramilitary force for Nicaragua’s landholding elite.”

Given the Sandinistas’ financial involvement in the issuance of avales, Sandinista politics are inextricable from the cycle of settler violence. In addition to Alemán, the names of Sandinista officials Waldo Müller and Adrián Valle Collins—both councillors of considerable repute—repeatedly appeared as signatories in a collection of leaked avales. It thus seems to remain within the party’s political interests to support ongoing seizure and attacks.

With these power dynamics, punishment for corruption in association with the illegal colono attacks is weak and ineffectual. In 2013, for example, the Nicaraguan judiciary suspended five notaries for writing avales. All five notaries returned to practice within months.

Ortega and the Indigenous Future

President Ortega’s disregard for democracy and human rights has incited both domestic and international outrage.

In 2018, Ortega signed into law a series of reforms that increased taxes and cut social security. In response, Nicaraguans filled the streets in protest. Government forces took arms against civilians, killing somewhere between 325 and 535 people. Shortly afterwards, Ortega made protesting illegal.

Later that year, Nicaraguan police stormed and ransacked the press offices of Confidencial and Esta Semana, two of the country’s most trusted news outlets. “Journalism became a crime under the family dictatorship of President Ortega,” wrote Carlos Chamorro, a longtime editor of both publications.

Now, with the November presidential elections looming, Ortega is systematically suppressing his opposition. Throughout last summer, the president made arrest after arrest of prominent Nicaraguans, many of whom intended to run as opposition candidates. In response, 59 members of the United Nations Human Rights Council (UNHRC) signed a condemnatory statement expressing concern for the repression of politically active Nicaraguan civilians.

This climate sets a worrying stage for the future of indigenous rights in Nicaragua. The 2015 passage of Law 919, which empowers the Nicaraguan military to determine who constitutes an “enemy of the state”, has led some to fear that a clash between indigenous people and settlers could result in state-sponsored genocide. Ortega’s dictatorial behavior and repression quash any hope for meaningful reform under his presidency.

However, the November elections present some promise. An overhaul of Sandinista governance may be out of the question, especially given the antidemocratic nature of this election, but elections do open the political stage to new ideas and reform.

This election presents an opportunity for the international community and Nicaraguan citizens to unite against human rights abuses in Nicaragua. The presence of settler colonization has implications that extend far beyond Nicaraguan borders. Foreign powers’ acceptance of its continued existence signals future passivity on similar cases elsewhere. Through popular resistance within Nicaragua and targeted multilateral efforts around the globe, citizens and allies may be able to sow the seeds for a Nicaragua free of repression, abuse, and modern day colonization.

Peter N. Jones is a Staff Writer at the HIR. His interests include freedom-of-expression policy, Latin American politics, and Balkan affairs.