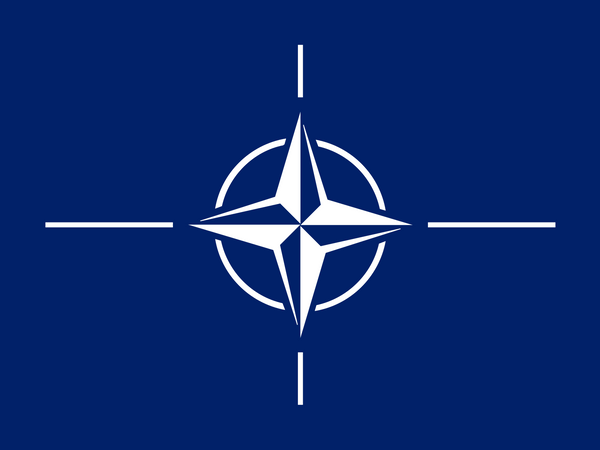 NATO's Baltic Problem: How Populism, Russia, and the Baltic can Fracture NATO

Over the past few years, a series of internal and external challenges have checked Russian President Vladimir Putin’s bullying of Russia’s neighbors. Western economic sanctions inflicted serious harm on the Russian economy, limiting the success of Putin’s incursions into Georgia and Ukraine. Considering Russia’s current poor economic situation, a deterioration of further expansionist attempts into outright war might threaten Putin’s presidency.  But for the Baltic states in particular, the threat of a Russian encroachment may be all too real—and all too dangerous to the stability of NATO.

Last July, US President-elect Donald Trump inadvertently opened an important dialogue on the security of the Baltic states, when he implied that US protection of Estonia, Latvia, and Lithuania was contingent upon each country’s financial contributions to NATO. Trump’s remarks represented a significant shift from historical US foreign policy, as President Barack Obama and his predecessors have been unequivocal about the United States’ commitment to the trio of Baltic democracies. US lawmakers from both sides of the political aisle wasted no time in criticizing Trump for failing to protect and support the NATO alliance. From within Trump’s own Republican Party, Senator Linsey Graham said that Trump’s comments “essentially [told] the Russians… the United States is not fully committed to supporting the NATO alliance.” Thomas Wright from the Brookings Institution stated that “there’s no precedent” for Trump’s suggestion. However, such analysis of the current situation in the Baltics was largely limited to the implications of a United States’ failure to come to the Baltic states’ defense.

Baltic security is far from trivial to US interests and should be a legitimate concern for US leaders. Russia is still struggling to accept its relative lack of influence in the Baltic states after the breakup of the Soviet Union in 1990, and the former Soviet Socialist Republics of Estonia, Latvia, and Lithuania have experienced a history of infringements on their sovereignty by Russia. Therefore, joining NATO (which all three did in 2004) was seen as imperative to the security of each country. Today, all three boast the protection of NATO’s Article V, which calls on members to come to the defense of any NATO member-state should it be invaded by a hostile party.

Even with the Baltic states shielded by Article V, Putin’s Russia still has the will and the means to attack one or more of them. While all three Baltic states are threatened, the likely first target of Russian aggression is Latvia, as Moscow already started to destabilize it along ethnic lines. Similar to the case of Ukraine, Putin has pointed to the disenfranchisement of many ethnic Russians in eastern Latvia and the 38 percent of Latvians who claim Russian as their mother tongue as justifications for Moscow’s influence in Latvian affairs. While one cannot predict for certain what a Russian incursion would entail, Russia may attempt to exert influence over part or all of Latvia, either through covert support of a kind of coup (a Latvian member of the European Parliament was accused of operating for Russia in 2014) or a more complete military invasion.

A military invasion would almost certainly cause Latvia to invoke Article V. Conventionally, most scenarios in which Article V is activated would seem contrary to Russia’s best interests. Yet with the rise of populist political parties throughout the world, activating Article V could fracture NATO if one or more of NATO’s more powerful members refused to come to Latvia’s defense. Therefore, Putin might believe that a gambit with Latvia could neutralize NATO, a coalition that he likely views as Russia’s greatest contemporary threat.

How exactly could NATO fracture? A recent Pew poll showed that many NATO member states were not enthusiastic about the potential armed defense of the alliance’s eastern border with Russia. In fact, a majority of citizens in France, Italy, and Germany oppose the prospect of their countries taking military action following a Russian invasion of a neighboring NATO member. The French National Front, the Italian Five Star Movement, and the Alternative for Germany have all capitalized on Euroskeptic sentiments with populist promises to defy commitments to supranational bodies such as NATO and the EU. Therefore, the real source of concern for NATO may not be a product of Washington politics, but rather political change in Paris, Berlin and Rome. The prevailing sentiment across the European democracies is not only concerning for the Baltic states but also for the United States. Inheriting the full responsibility of defending lengthy land borders thousands of miles away may prove to be beyond the logistical capabilities of a US military still deeply involved in conflicts across the Middle East.

NATO has long proved its ability to adapt and respond to geopolitical changes, such as at the end of the Cold War and during the crises of the Bosnian genocide and 9/11. Despite the numerous challenges it now faces, this history of NATO leaves hope for a more optimistic outlook on the current Baltic situation. NATO must be unified in its approach to defending the Baltic states. This does not necessarily mean that NATO must wage a land war against Russia if Latvia were invaded; however, NATO’s actions must be whole-heartedly multilateral should Russia encroach on any of NATO’s members. The best way for NATO to deter Putin’s belligerence against the Baltic states is to display the alliance’s strength in what has otherwise been a sea of political weakness. Unified rhetoric, collaborative defensive maneuvers, and the improvement of existing distribution channels for supplies and arms will show Moscow that NATO is still a capable alliance that will react to Russia’s provocations.