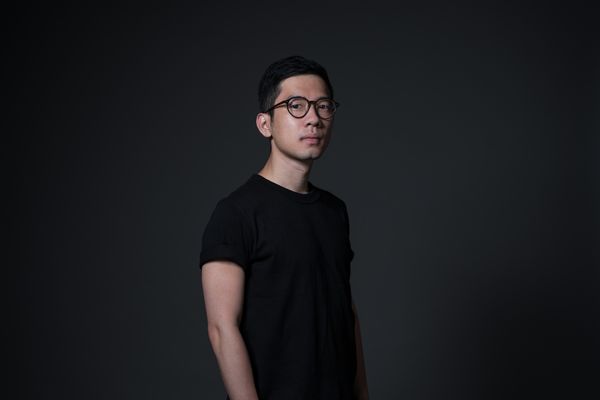 Nathan Law is a pro-democracy activist from Hong Kong. He was one of the student leaders of the Umbrella Movement of 2014 as well as the founder and chairman of Demosistō, Hong Kong's now disbanded pro-democracy political organization. Law was Hong Kong's youngest elected legislator before seeking asylum in the United Kingdom. Law was included by Time Magazine as one of the 100 Most Influential People of 2020 in addition to being the winner of the Time100 Reader's Poll in the same year.

You began advocacy when you were quite young. How did you get your start in advocacy?

I was inspired to start my advocacy when China’s prominent dissent Liu Xiaobo received the Nobel Peace Prize in 2010. I was moved by Liu’s long struggle for fundamental human rights in China, especially as he advocated for change in a context where the Chinese Communist Party (CCP) leaders routinely incarcerated those calling on the regime to honor its promises. His courage to tell the inconvenient truth under Beijing’s iron grip was the catalyst that has motivated my advocacy for democratic changes and social justice in Hong Kong.

Pro-democracy advocates in Hong Kong as well as your broader pan-Asian pro-democracy coalition are predominantly young individuals like yourself. What is the impact of having a young coalition? Are there challenges to being a youth movement?

As Hong Kong, Thailand, and Myanmar show, the coalition empowers and strengthens democratic resilience among civil societies. It serves as an additional check and balance mechanism against authoritarian expansion in the region. Without a doubt, the coalition can raise public awareness and encourage youth participation.

The key for youth movements to succeed is global leaders’ determination to respond with actions. After all, world leaders are still vital players with state apparatuses to pressure authoritarian leaders to make compromises. As the case of Myanmar shows, the Milk Tea Alliance can improve domestic resilience against authoritarianism, but the coalition still needs state leaders to make tyrannical leaders come to the table.

You've called for a Pan-Asian Milk Tea alliance to fend off authoritarianism from China. Can you expand on what this may look like?

In recent decades, China has been working with authoritarian governments and expanding its influence in the region through Belt and Road Initiative and global propaganda programs. Hence, any discussion about authoritarianism should also pay attention to the geopolitical role that China plays.

During the recent Myanmar coup, China was relatively supportive of the military junta through diplomatic and technical support. With China’s backing, military generals dare to ignore international pressure and cruelly suppress internal opposition.

In response, the Milk Tea alliance is saying no to this sort of authoritarian collusion. By fostering ties among civil societies with collaboration and cooperation, the Alliance aims to empower civil resilience and raise awareness of social injustice and China’s influence.

In that same thread, other protest movements, such as in Thailand, have cited the Umbrella Movement as inspiration and have borrowed your tactics. As a leader of the Umbrella Movement, how do you view the legacy of the movement? What lessons have you and the pro-democracy coalition learned from protests over the years, including those protesting the National Security Law? What can observers in other countries learn from you?

One of the legacies would be the decentralized leadership structure, which encourages leadership and creative ideas from all participants. When authoritarian powers can stifle protestors with their overwhelming powers, decentralized leadership can be a useful tool to mitigate suppression by authoritarians. Only through multiple unstructured movements can activists pile sufficient political pressure on the government for political negotiation.

Hongkongers are also amazed by activists in Thailand and Myanmar since they have evolved the model with their innovative ideas. For example, Thai protesters use their senses of humor to dodge the draconian royal laws, while the combination of union strikes, street-level protests, and self-defense units demonstrate Myanmarese courage against military forces.

In other words, when global democracy is in retreat, protesters worldwide can learn from each other when dealing with police brutality, systematic injustice, and tyrannical crackdowns. That is what a decentralized network should be like.

You and your allies are quite innovative in your advocacy from using the video game Animal Crossing to creative hashtags. How have restrictions of freedom of speech and press forced you and your allies to reinvent advocacy? How important is branding to the movement?

Creativity is one of the keys to mitigating Beijing’s curb on freedom of speech. While authoritarian leaders rely on the internet and media censorship to control information flow, news media can provide opportunities for dissent to dodge censors and play edge balls in the existing framework.

Creativity is also a powerful tool to draw public awareness and connect across sectors. This kind of branding is essential as innovative advocacy can encourage public participation. The public may be inspired, and further spread the messages with more derivative works or even original content. This endless innovation is the one of the things that keeps the movement afloat.

My decision to seek asylum is a way of continuing Hongkongers' cause for democracy and liberty when China is quelling all dissents in Hong Kong. That becomes even more crucial as China uses the National Security Law to throw peaceful election runners into prison. Living in countries where freedoms of expression are protected by constitutions, I hope to use these spaces of freedom to speak up for Hong Kong.

From the NBA to Disney to Vistaprint, international businesses have continually bent to accommodate China. What can be done to hold these businesses accountable?

Just like the fair trade movement, consumers can play a role to influence corporate decisions. At the time when corporate social responsibility is becoming a popular concept, we, as customers, can urge companies to uphold our social values through customer movements such as monitoring corporate behaviors or even boycotting. The Coalition to End Uyghur Forced Labour’s Call to Action is one of the examples that demonstrates how human rights groups and customers can work together to improve corporate accountability.

The United States, European Union, and United Kingdom's response to the deteriorating situation in Hong Kong has largely consisted of condemnation, sanctions, and visas/pathways to citizenship. What else can and/or should be done by the international community? What works and what hasn’t been working? What’s lacking?

Democratic countries should have more proactive and united actions in response to China's threats. In the past, targeted sanctions were mainly imposed by one country or two. The lack of unity makes it easy for China to mitigate the punishment and sends a confusing signal about support for China's policies in Hong Kong. To demonstrate our zero tolerance towards Beijing's human rights abuses, the international community should work in solidarity by imposing sanctions.

World leaders should also develop concrete plans to reduce their trade dependence on China's marketplace and industry by enhancing economic ties among other democratic countries. Amid China's rising wolf warrior diplomacy, economic cooperation with China is increasingly subject to Beijing's intimidation, from economic sanctions to hostage diplomacy. Democratic countries should diversify their manufacturing bases and consumer markets to stop China's future retaliation. As a matter of fact, Australia's recent win in a trade war against China and the victory of Taiwan "freedom pineapples" perfectly exemplify that cutting the dependence on China is not implausible.

In January, Joe Biden became the new President of the United States, who many have speculated will be more activist with human rights. What should the new administration prioritize in Hong Kong? What sort of partnership do you hope to see between the pro-democracy movement and the United States?

Chinese leaders have announced their plans to revamp the city’s election institutions and create patriotic requirements for future administrators and judges. While Hong Kong remains a significant global financial center, these new political red lines will certainly influence foreign investment in the town due to the deterioration of judicial independence, declining rule of law, and the risk of further security legislations as Beijing loyalists dominate the legislature. In other words, the political landscape will undergo a profound change, and the traditional “one-country, two systems” will no longer work. The new administration should take concrete actions to halt further political deterioration.

Mainland China also has its fair share of human rights abuses from cleansing of Uyghurs to the Chinese iteration of #MeToo. What degree of solidarity is possible between Hong Kongers and advocates in mainland China? How can this be done given the CCP’s extreme crackdown of dissident materials in mainland China?

In the face of China’s iron fist, we are all the oppressed. The situation has become more apparent after the National Security Law's passing last year, which once only existed in Mainland China. There is no exaggeration that advocates in both places share the same fate.

Therefore, advocates of both places also call for an end to human rights abuses. Since the outbreak of the movement in 2019, Hongkongers have been calling for world attention to the ethnic cleansing of Uyghurs. While Hong Kong still enjoys a higher degree of cyber and expression freedoms, we can still speak for rights advocates stuck behind China’s Great Firewall.

Democratic processes and civil liberties are rapidly disintegrating in Hong Kong: a few months ago, Hong Kong's legislature lost its remaining pro-democracy lawmakers, which you were a part of. However, it has since been disbanded in light of the National Security Law. Many of your friends and allies, including Joshua Wong, Agnes Chow, and Ivan Lam, have also been imprisoned in recent months. In your opinion, what is the best-case scenario for Hong Kong and how is that achieved?

The best-case scenario would be a genuinely autonomous government universally elected by Hongkongers. This can only be achieved when China realizes the democratic check and balance, the rule of law, and judiciary independence are the keys to maintain business confidence in the city. While once listed among the top of the Heritage Foundation’s Economic Freedom Index, Hong Kong has recently dropped out of the list. That is an alarming indicator of deterioration. Foreign governments and companies should urge China with concrete actions to uphold its promise of liberty and autonomy in this international hub.