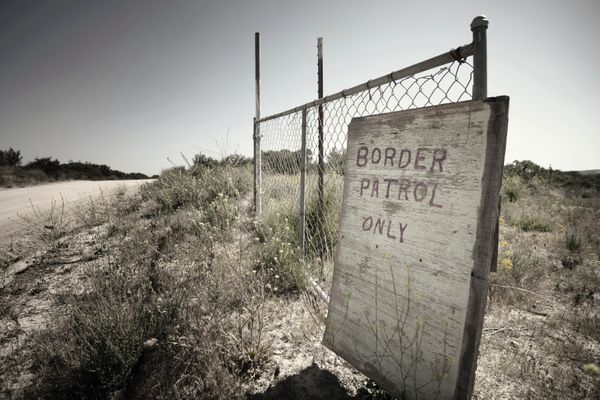 Mexico and Its Borders: Adapting to Increased Migrant Populations

Migration from Latin American and Caribbean countries has been prevalent for decades, with one of the top destinations being the United States. Political instability, food insecurity, lack of economic opportunity, and violence are push factors that motivate migrants to pursue a new life in another country. Before migrants arrive in the US, they must first pass through an overland route in Mexican territory to reach the US border, and there, withstand dangerous living conditions and long waiting times while the US legally processes individuals to the country. Therefore, Mexico serves as a waiting room for migrants as its border has been home to millions of migrants, mostly from El Salvador, Guatemala, and Honduras. Though the situation was already fraught in the previous decade, the combination of Trump-era immigration policies and turmoil caused by the COVID-19 pandemic has caused migrants to become stagnated in Mexico with little to no hope of reaching their final destination. As a result, with more than 500,000 foreign individuals residing in the country, Mexico is experiencing a shift in its culture and economy because of an unprecedented boom in migrants living in its territory.

In 2018, President Trump enacted the Migration Protection Protocols (MPP), which was most commonly known as the “Remain in Mexico” program. The policy allowed border officers to send foreign individuals seeking asylum in the US to Mexico, where they waited until their US immigration court proceedings; at least 70,000 migrants were returned to Mexico under the program. Individuals sent to Mexico did not receive any protection from the US government despite the dangerous living conditions in border towns such as risks of kidnapping, extortion, and violence. 607 asylum seekers who were part of the MPP program were interviewed in the border towns of Tijuana and Mexicali; 56.5 percent of respondents who had been threatened with physical violence reported that these threats turned into actual experiences of physical violence, including being beaten, robbed, and extorted. Similarly, the state of Tamaulipas, Mexico — home to the border town of Matamoros, Mexico — was categorized as a “Do Not Travel” state by the US Department of State — Bureau of Consular Affairs due to crime and kidnapping. The lives and freedom of asylum seekers were continuously threatened by living in border towns, but the US government kept sending these individuals back to them.

As a result of their expulsion from the US, in the last months of 2019,  2,000 asylum-seekers lived in tents on the Gateway International Bridge that connects Matamoros, Mexico to Brownsville, Texas. This phenomenon became known as the tent crisis. Families lived in unsanitary conditions, with contaminated water from the Rio Grande River, crowded sleeping spaces, rapid spread of disease, and no access to emergency or medical care. The mayor of Matamoros, Mario Lopez, expressed his concern about the well-being of the migrants and pledged to provide all the assistance they needed. Furthermore, El DIF, the child welfare agency in Matamoros, accepted unaccompanied children and children who were in need of food and hygiene. However, this caused fear among migrant mothers who thought their children would be taken away from them.

Under MPP, the separation of families became prevalent. The decision to send a person or family back to Mexico and separate children was under the discretion of Customs and Border Protection (CBP) officers or Border Patrol agents. Mothers and families, therefore, developed the trauma of losing their children at the border port entry. In some cases, children were transported to shelters far away from the border town they were taken from and lost communication with their families. Under these situations, children suffered psychological trauma that could lead to anxiety, depression, and impulsive behavior later in their lifetime.

President Joe Biden terminated MPP after he took office in January 2021. However, just a few months later, MPP was reinstated after Missouri and Texas challenged the decision by stating that Biden failed to properly justify the termination under federal regulations. A Texas court ordered the Biden administration to “reinstate MPP in good faith.” Migrants are left again with no due process; what may have been seen as a positive step towards immigration reform quickly became a step back in migrants’ protection and status.

As a direct response to the COVID-19 pandemic, on March 20, 2020, the United States Department of Health and Human Services (HHS) issued a regulation known as Title 42. Title 42 was enacted as a health policy to stop the spread of coronavirus by preventing immigration to the US. Similar to MPP, it expels migrants back to Mexico or their home countries. This regulation was scheduled to end in May 2022; however, it quickly became the center of controversy regarding immigration policy. The purpose of its enactment was to protect the lives of US citizens from the spread of a deadly virus, but instead, it has brought foreign individuals to cluster in border towns with a greater risk of persecution and getting infected. Title 42 has become a negative feedback loop where instead of reducing the number of people trying to cross the border, a higher influx of migrants who are in desperate need of safety are attempting multiple crossings in hopes their plea for protection will be finally heard. Title 42 has failed to serve its original purpose and has placed another barrier in the lives of migrants.

What does this mean for Mexico?

The Mexican Refugee Assistance Commission (COMAR) has reported that for the first months of 2022, 48,981 individuals have filed asylum requests. It can be predicted that by the end of 2022, COMAR will have the second-largest number of asylum requests in its history. In addition, Mexico has received asylum requests from countries other than El Salvador, Guatemala, or Honduras; it has also received from Nicaragua, Colombia, Cuba, Venezuela, Ecuador, Haiti, Chile, and Peru. The implementation of MPP and Title 42, coupled with no court hearings, has resulted in migrants choosing to stay in Mexico and start a new life there as they consider the conditions in their home countries the same or worse. As migrants lack the money to return to their home countries, they are forced to obtain jobs and assimilate into their new society. Therefore, the Mexican Government is now responsible for the welfare of these individuals. Under President Andrés Manuel López Obrador, Mexico became the first country to adopt the UN Global Compact for Migration which aims at facilitating safe and orderly international migration. In addition, Mexico has granted legal status to more than 13,000 foreign nationals who have entered the country at border ports of entry, and over 40,000 job positions have been given to migrants in manufacturing factories.

Although the process of migrant assimilation is new to the political agenda, Mexico is still looking for ways to deal with insecurity, increase infrastructure, provide economic relief, stop organized crime that is benefiting from the situation, and figure out a strategic plan on how these individuals can further thrive. The creation of these projects is based on thelimited budget allocation of COMAR and its dependence on the United Nations High Commissioner for Refugees(UNHCR) funding. It is projected that Mexico has a current budget of  US$96,603,414 that will be used to facilitate migrants’ transition to Mexico.

In the next few years, we can imagine a better future for refugees in Mexico. Mexico is working independently and sovereignly from foreign immigration policies, emphasizing that although we are living in an increasingly digitized and changing society, humanitarian practices must never be forgotten. 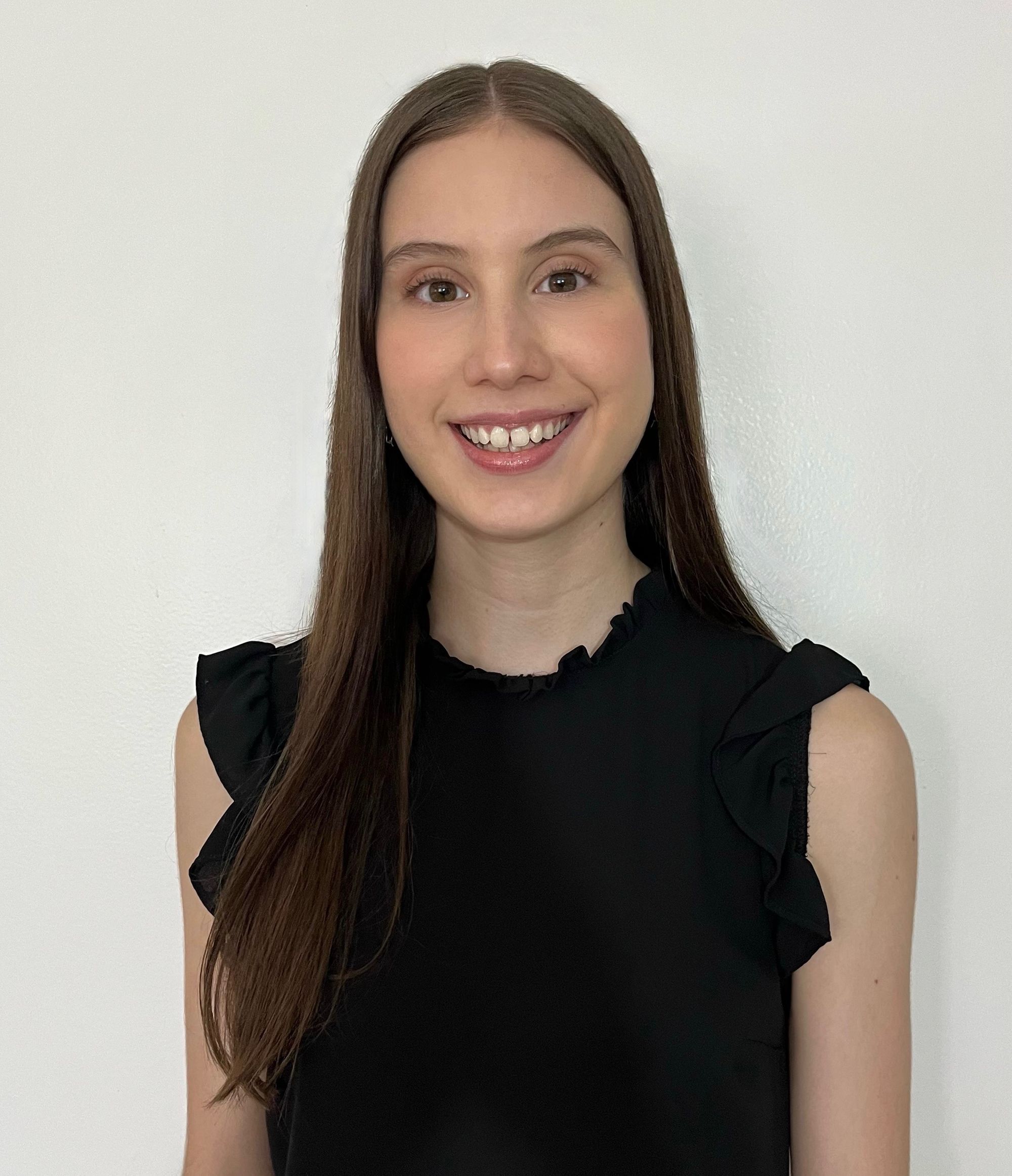 Kassandra A. Rodriguez is a staff writer for the HIR. She is interested in medicine and economics to better understand the interactions between science, technology, and society.