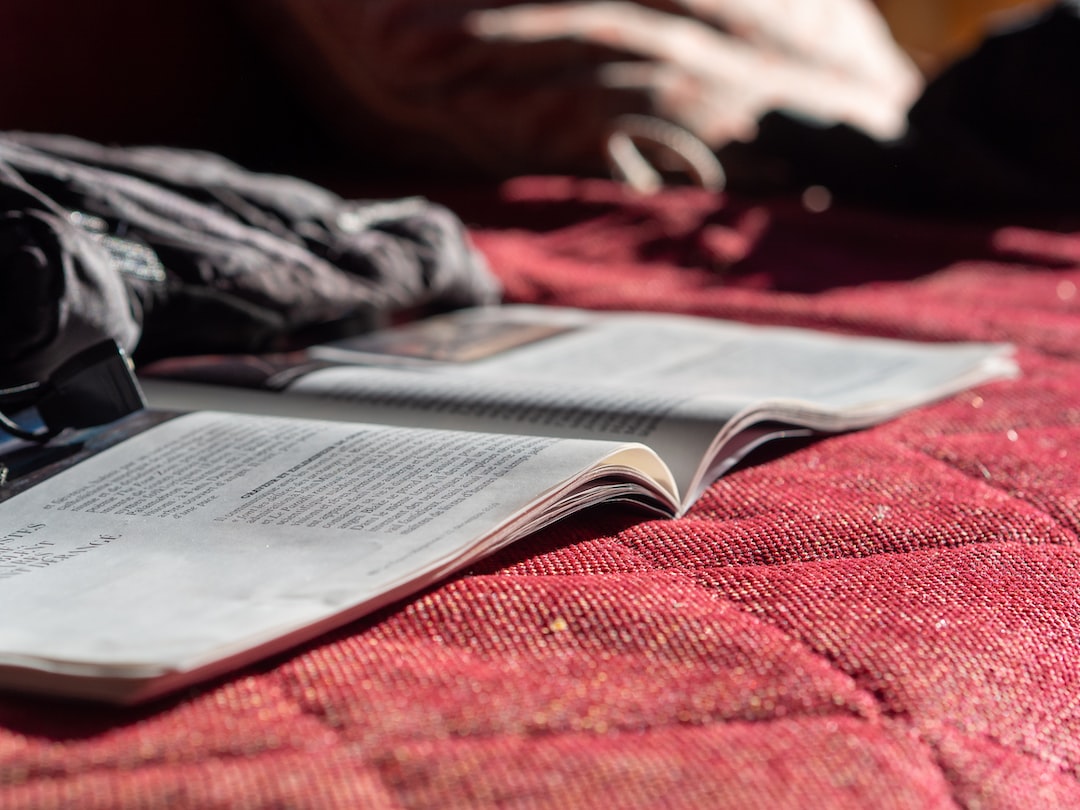 Moi Aussi: French Literature and Culture in the Age of #MeToo

“A very young girl is rather nicer, even if she very quickly becomes hysterical and as mad as when she is older.”

“Sometimes, I’ll have as many as four boys—from 8 to 14 years old—in my bed at the same time, and I’ll engage in the most exquisite lovemaking with them.”

Such depraved sentiments are those of Gabriel Matzneff, even now one of France’s most lauded authors. Matzneff contributed to the literary scene for decades, penning numerous novels and diaries depicting his various sexual encounters with children. His most well-known work, Les Moins Seize Ans, means “Under 16 Years Old.” Still, despite the overt pedophilic themes of his writing, Matzneff remained in print for years, and he was praised as a literary pioneer in the art of sexual liberation. His popularity knew no bounds, even garnering words of praise from former French President Francois Mitterand in 1984. Viewed as a creative and enlightened genius who candidly explored his sexual desires with children, Matzneff acquired an elite status in the realm of French authors. Somehow, he evaded harsh scrutiny for decades, continuing to engage in and document his sexual predation (despite it being illegal in France for an adult to have sex with an individual under the age of 15). The criminal charges leveled against the author in February 2020 seem long overdue. And they may be just what the French #MeToo movement needed to inch forward.

Matzneff’s fall began when publishing executive Vanessa Springora published a scathing exposé titled Le Consentement, detailing the suffering she experienced at the hands of the elderly French author when she was just 14 years old during the 1980s. She recounts years of psychological torment, detailing both physical and verbal assault by Matzneff who wielded his status, age, and seductive nature as weapons of dominance over the young schoolgirl. Although Springora’s novel received the attention it deserved, the problems it reveals are far more ingrained in French society than this single instance. Sexual abuse was long viewed as and conflated with seduction, evoking an air of romance and sensual desire. Seductive literature, meanwhile, is a foundational pillar in the world of French art. Gabriel Matzneff is not the first—or the last—perpetrator of his archaic tradition.

The revelations about Matzneff have sparked a deeper exploration into the true longevity of the seductive tradition of French literature, bringing to light how abusive themes harken back to some of France’s earliest and greatest authors. The 18th-century philosopher and author Jean-Jacques Rousseau, for example, was involved in numerous instances of sexual depravity. In his autobiographical work, The Confessions of Jean-Jacques Rousseau, he outlines the lengths he went to quell his sexual desires, writing, “I haunted dark alleys and hidden retreats, where I might be able to expose myself to women in the condition in which I should have liked to have been in their company.” This autobiographical work was widely read and enjoyed by those within France and beyond. Even today, Rousseau is lauded for his contributions to society; his shadowy youth and his profane activities hardly even constitute a footnote in his story.

Rousseau is not alone. Author Marquis de Sade penned the story “120 Days in Sodom” while in prison serving an eight-year sentence for the abuse of young girls. The work of literature is rife with themes of pedophilia and sexual perversion, detailing the sexual manipulations of four French libertines who rape, torture, and ultimately murder their young victims at a chateau in the Black Forest of Germany. More unsettling than the content of the story itself is the popularity it has attracted throughout the centuries since its discovery. The manuscript was sold for a staggering US$9.6 million and subsequently placed on display at an exhibit at the Parisian Museum of Letters and Manuscripts in 2014. Sade, the inspiration of the term “sadism” itself, had long been viewed as a liberated artist, contributing to cultural dialogue. A modern lens can critically assess the work of literature for what it truly is—a grotesque account of the perverted abuse of innocent young victims.

A passage from another famous French novel written in 1857 also depicts seductive abuse masked under the pretense of literary romance between a fictitious man and the woman he is pursuing: “Smiling a strange smile, his pupil fixed, his teeth set, he advanced with outstretched arms. She recoiled trembling. She stammered: “Oh, you frighten me! You hurt me! Let me go!’” The passage concludes with the words, “she gave herself up to him.” The offender this time? Gustave Flaubert in his renowned work Madame Bovary. These lines, while read for decades as an illustration of the classic seductive cat-and-mouse chase of a relationship, are now a stark example of the pervasive themes of masculine dominance found throughout centuries of French literature.

So it should not be surprising that contemporary French figures, like Simone de Beauvoir and Jean-Paul Sartre, blurred the line between cultural liberation and blatant abuse; in truth, the line was already blurred in French society. The tumultuous relationship between de Beauvoir and Sartre was defined by their pact of “reciprocal liberty,” which allowed each of them to pursue relations apart from one another. During his time as a teacher, Sartre developed an obsessive passion for one 17-year-old pupil, before engaging romantically with her younger sister. De Beauvoir even aided Sartre in his relations with minors—grooming and teaching young girls before introducing them to him. Sartre perceived an intellectual link between seduction and writing. Sexual deviancy was part of his identity, as it was for all too many powerful French men in the 20th century.

Sexual liberation took on a new form in the 1970s, after French luminaries used revolutionary ideas following the Protest of 1968 to defend pedophilia. Petitions circulated around the city, signed by countless prominent writers, that demanded the law acknowledge the right of children and adolescents “to have relations with whomever they choose.” Even beyond artistic circles, many viewed these beliefs as modern and daring, highlighting the conflation of sexual liberation and abuse of the youth. David Gee, the brother of another accuser who has since come forward with her own experiences with Matzneff, spoke to this idea: “It was one of the very important things, socially speaking, to be established in the intelligentsia. That was more important than looking at the side effects of pedophilia.” The protection of the youth and the condemnation of pedophilic acts were blatantly overlooked for the sake of creative and social success.

When assessing the literary contributions of influential thinkers and authors, it is sometimes difficult to come to terms with their repugnant personal details. As victims of traumatic sexual abuse are finally gaining the confidence to come forward, validated by the ever-growing and globally recognized #MeToo movement, many French nationals find themselves at an ethical crossroads. To critique seductive literature for what it truly is and acknowledge its misogynistic underpinnings is to reject decades of beloved art. This dilemma has created a tense division, resulting in the #MeToo movement’s failure to gain traction in France as effectively as in other nations. Beyond simple reluctance to support the movement, blatant opposition has also taken root. In September of 2019, Sandra Muller, the creator of the French #MeToo campaign, was fined for defamation after accusing ex-TV boss Éric Brion of sexual harassment. Previously, Muller had started the #balancetonporc (“rat on your pork”) hashtag, prompting the defamation suit. He argued she was deliberately conflating “heavy-handed flirting and sexual harassment in the workplace.” Muller’s story reflects the reluctance of the public to point fingers at male perpetrators.

But things are starting to change. Frustrated by inaction, former member of Parliament Isabelle Attard declared, “the excuse we hear in France is that we have the French seduction type. And that you can't say to men that they can't seduce women, because it's in our culture and our tradition and blah, blah, blah.” Slowly a coalition of French women, whether victims of sexual abuse or allies, are working to dismantle certain cultural norms. Alice Kantor, a French writer for the Financial Times and close friend of a woman who suffered sexual abuse, has a simple wish: “I hope French women find a way to have their voices heard.”

Untangling traditional mindsets that have become deeply ingrained in a national identity and culture is hardly an easy task. We do not live in a time when romance is defined by the dominance of a hero over a damsel in distress. No longer should the blatant abuse of minors be lauded as art that pushes the boundaries of literary and societal constructs. It is imperative to relinquish nostalgia and acknowledge the deeply flawed aspects of literary history; it is a time for new stories depicting the power, strength, and resilience of those who have been silenced for centuries.