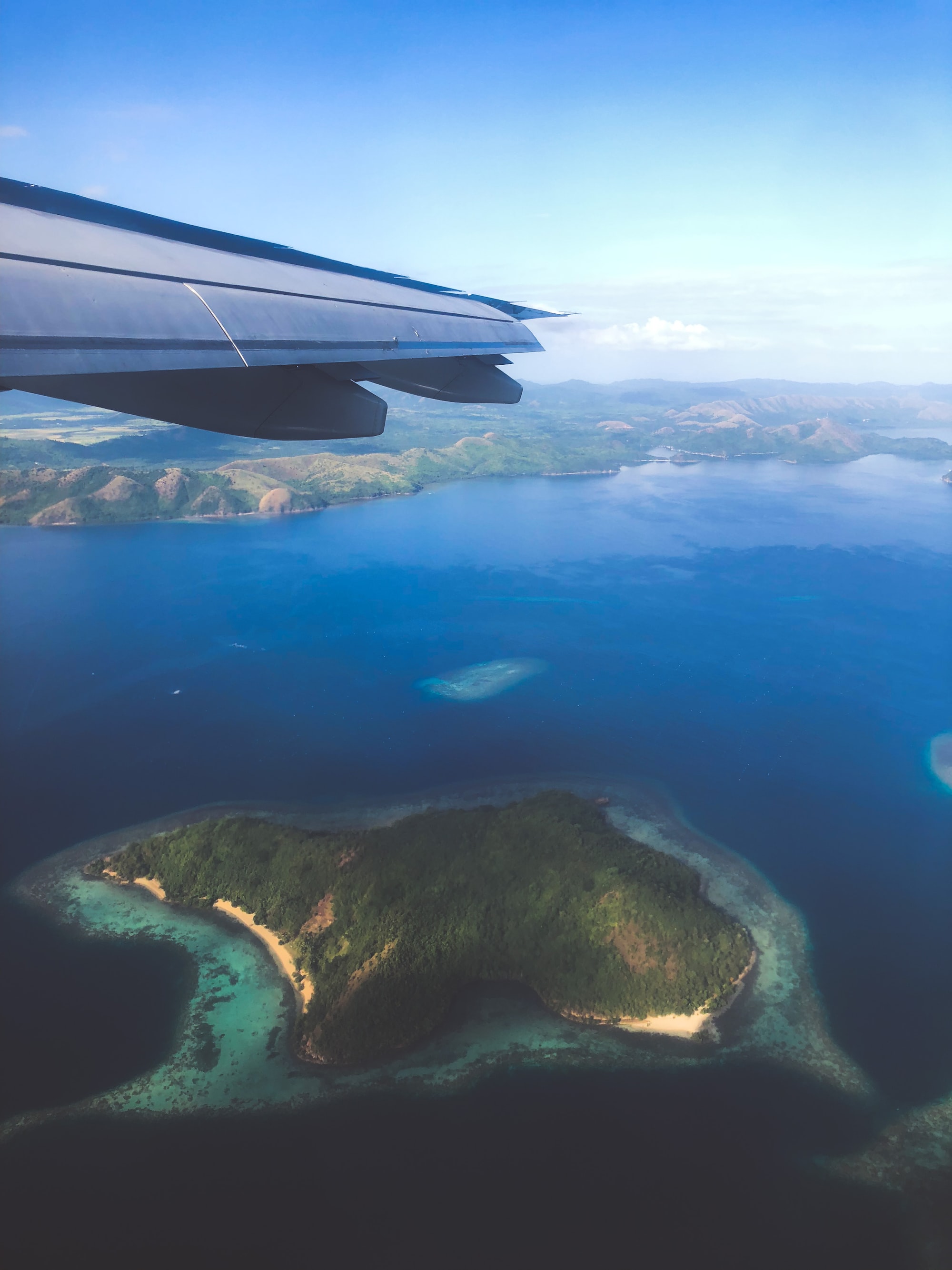 Gone is the era of widespread nuclear paranoia. No longer does the US government conduct nationwide civil defense campaigns exhorting its citizens to “duck and cover” to protect themselves from nuclear attacks. That defensive protocol, in fact, is laughable to modern audiences. This reveals the extent to which the threat of nuclear Armageddon has waned in the public psyche.

On one hand, we can be thankful that nuclear war is a distant concern. But on the other hand, we may be becoming too complacent. In recent decades, the rate of nuclear disarmament in the United States and Russia has slowed. The Brookings Institution reports that the United States, Russia, and France are neither expanding nor diminishing their arsenals at present. They are, instead, modernizing their existing stockpile. China, India, and Pakistan, meanwhile, are increasing the size of their arsenals.

Bates Gill, director of the Stockholm International Peace Research Institute, argues in a 2012 Foreign Policy article that advances in conventional military capability (e.g. anti-ballistic missiles, long-range precision strike weapons, and cyber warfare) are discouraging nuclear powers from relinquishing their arsenals entirely. These advances undermine the principle of mutually-assured destruction and encourage those powers to keep some of their warheads operational for deterrence purposes.

In light of these developments, one may wonder whether complete global disarmament remains a serious objective for the world’s nuclear powers. A coherent and sustained advocacy campaign is needed to supply the sense of urgency once channeled through government propaganda and public hysteria.

And, indeed, there already is such a campaign, though from an unlikely source. The Republic of the Marshall Islands, a country of roughly 70,000 people, is charting a new course for anti-nuclear activism by petitioning domestic and international judiciaries. This presents a much-needed and potentially fruitful way to breathe new life into the cause of global disarmament.

The Marshall Islands and the Nuclear Goliaths

In April 2014, the Marshall Islands filed an unprecedented lawsuit with the International Court of Justice (ICJ) against all nine global powers known or suspected to possess a nuclear arsenal: the United States, United Kingdom, France, Russia, China, India, Pakistan, Israel, and North Korea. Lawyers representing the small island nation argued that these states were not engaging in negotiations for the cessation of the arms race or pursuing nuclear disarmament in accordance with the 1968 Nuclear Non-Proliferation Treaty (NPT).

However, only the United Kingdom, Pakistan, and India recognize the jurisdiction of the ICJ, so while these three states responded to the suit, the remaining six states ignored it. Pakistan and India are not signatories to the treaty, but the Marshallese argue that the NPT constitutes customary international law to which both states should adhere.

Last October, the ICJ declined to hear all three cases. The court concurred with the objections leveled by each of the three responding nuclear states that there was not sufficient evidence of a dispute (i.e., that the Marshall Islands and the defendant in each case did not “hold clearly opposite views” on the latter’s obligations under the NPT). As such, the court could not proceed to adjudicate the case on its merits.

The Marshall Islands had also filed suit in 2014 with a U.S. federal district court in San Francisco against the U.S. government for violating the NPT by seeking to modernize and increase funding for its arsenal. The court dismissed the case in 2015, citing that the Marshallese did not have standing to sue. Attorneys for the island republic subsequently appealed the dismissal in the 9th US Circuit Court of Appeals.

The Efficacy of the ICJ

The prospect of securing a trial against a nuclear power and then winning is not entirely implausible. It is worth noting that the margins by which the judges of the ICJ voted to dismiss the Marshall Islands’ lawsuit was exceedingly narrow. For the United Kingdom, the vote was 8-8 among the judges, so President Ronny Abraham offered the decisive vote rejecting the petition. With respect to Pakistan and India the vote was 9-7. Presumably, the court was closer to accepting the lawsuit against the United Kingdom because it was the only state among the three that was party to the NPT. Regardless, there appears to be a sizeable cohort of judges who agree with the Marshall Islands that a state’s conformity to the NPT, whether party to the treaty or not, is a judiciable matter.

The ICJ has also displayed a willingness to confront the question of nuclear disarmament in the past. In 1996, the court issued a non-binding advisory opinion at the behest of the UN General Assembly on the threat and use of nuclear weapons. The court unanimously affirmed: “there exists an obligation to pursue in good faith and bring to a conclusion negotiations leading to nuclear disarmament in all its aspects under strict and effective international control….” However, the court also affirmed that there is neither a prohibition nor an authorization of the threat or use of nuclear weapons under international law. The court was under no statutory obligation to accept the request of the General Assembly. That it not only accepted that request, but then affirmed an obligation to pursue nuclear disarmament, indicates that this could potentially be a useful vehicle for anti-nuclear advocacy for any states in the future following the Marshall Islands’ example.

The efficacy of the ICJ is not without its limitations. Only the three aforementioned states accepted the ICJ’s jurisdiction, and although the remaining six could have accepted its jurisdiction solely for this specific lawsuit, they elected not to. And it is also possible that the UK, India, or Pakistan could withdraw from the court’s jurisdiction if it received a particularly unfavorable ruling. Indeed, it was the court’s ruling against the United States in Nicaragua v. United States (1986) that prompted the country to stop recognizing its compulsory jurisdiction.

Why the Marshall Islands?

The sheer vigor of the Marshall Islands’ activism is owed to its own unique experience as a nuclear testing site for the United States during the Cold War. The country endured a total of 67 nuclear tests between 1946 and 1958, destroying and, in some cases, contaminating portions of its islands and atolls. The United States has since compensated the Marshall Islands with millions of dollars, but many of the ramifications for the environment and the health of the islands’ residents persist. The National Cancer Institute reports, for example, that 55 percent of all cancers that occur among people who lived on Rongelap Atoll during the nuclear testing period could be attributed to fallout exposure. And 1.6 percent of all cancers that occur among residents of the Marshall Islands who were alive between 1948 and 1970 might be attributable to radiation exposure.

Notably, however, the island republic was not requesting any reparations in these lawsuits. Its principal concern was the conformity of all nations in the nuclear circle to the letter and the spirit of the NPT. This is to say that the Marshall Islands’ legal campaign was informed by a special conviction–a sense of duty far exceeding their own practical interests. The country seeks to bring a renewed sense of urgency to the cause of complete nuclear disarmament. And to a modest degree, it is succeeding.

A New Spotlight on Disarmament

The Marshall Islands’ petition to the ICJ has garnered attention and varied reactions from the states under suit. The Russian Foreign Ministry, for example, was prompted to respond, somewhat surprised that a lawsuit was raised at all, citing that the arms race ended long ago and that Russia had decreased its stockpile considerably since the peak of the Cold War. The U.S. State Department was similarly prompted to defend itself against the lawsuit’s allegations, stating, “We have a proven track record of pursuing a consistent, step-by-step approach to nuclear disarmament - the most recent example being the New START Treaty.”

The Marshall Islands has also earned wide praise for this effort. In 2015, Tony de Brum, foreign minister for the Marshall Islands and leading anti-nuclear activist, received the Right Livelihood Award in recognition of the ICJ lawsuit and its import to the cause of nuclear disarmament. This honor, popularly considered the “alternative Nobel Prize,” is conferred by a Swedish charity to groups all over the world making substantial efforts toward addressing human challenges. The International Peace Bureau, additionally, had nominated de Brum and his legal team for the 2016 Nobel Peace Prize.

Archbishop Desmond Tutu and 83 other global luminaries signed an open letter in support of the lawsuits. In its glowing exposition, the letter states: “The world salutes your initiative in taking legal action for negotiations leading to nuclear disarmament in all its aspects under Article VI of the nuclear Non-Proliferation Treat...Win or lose in the coming legal arguments, what you, and any who join you, will do has the deepest moral significance, going far beyond the specific interests of any country.” At the very least, the small island republic has successfully brought attention to its cause, and that is the first and, arguably, most important step in any advocacy campaign.

Regardless of whether the ICJ has the legal capacity and international recognition to compel states to disarm, the court may still function as a powerful global platform for advocacy by commanding the attention of governments and observers all over the world. The Marshall Islands has clearly set an important precedent. And, if other non-nuclear states elect to pursue this form of activism, they could exert additional pressure on nuclear powers. They could uphold the goal of complete global disarmament as a clear and urgent obligation, rather than a distant fantasy.