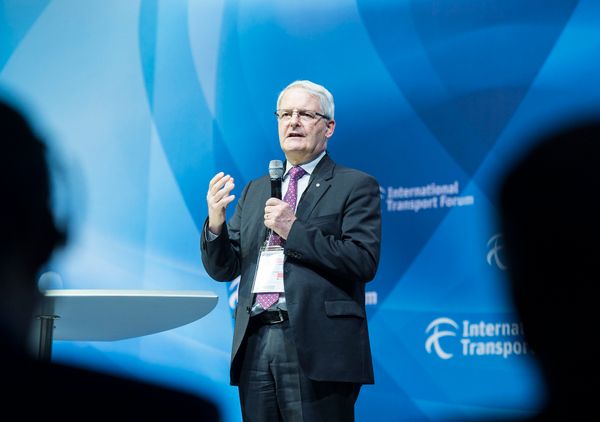 Following the arbitrary detention of two Canadians in China, Canada has advocated strongly for the Declaration Against Arbitrary Detention in State-to-State Relations. Can you detail the progress that has been made in fighting arbitrary detention? What work remains to be done?

The Declaration Against Arbitrary Detention in State-to-State Relations is a Canadian-led initiative that aims to put an end to the practice of using foreign citizens as bargaining chips for diplomatic leverage. Canada denounces this illegal and immoral practice in the strongest possible terms. It needs to stop.

Countries from every region shared Canada’s concerns and took the principled decision to endorse the Declaration Against Arbitrary Detention in State-to-State Relations, launched virtually on February 15, 2021 in Ottawa. This is about over 60 countries coming together to reaffirm their opposition to this practice in order to protect their citizens who live, work, and travel abroad. It’s about voicing support for the rules-based international order and speaking with one voice.

Each case of arbitrary detention for diplomatic leverage can be disproportionately damaging to relations between states and reflects an unacceptable erosion of international norms. This initiative will serve as a deterrent and raise the cost for governments that practice coercive arbitrary detention.

You have held virtual meetings with those at the forefront of democracy and human rights movements worldwide, from Venezuela’s Guaidó to Belarus’ Tsikhanouskaya. What concrete actions has Canada made following those meetings?

We believe that engagement on issues that relate to democracy and human rights are key. This has been a long standing position of ours, not only through meetings with those at the forefront movements, but also supporting and being present when it matters. To give a few examples:

When it comes to Venezuela, it is imperative that we continue to work with like-minded partners, such as the Lima Group, to promote a peaceful transition to democracy, support human rights and human rights defenders and most importantly, assist Venezuelans affected by the crisis, including both those inside Venezuela and the many who have had to leave the country.

We continue to recognise Juan Guaido, the National Assembly's chosen president, as the Interim President of Venezuela, and I have spoken to him directly to hear his vision for the future of his country. In terms of concrete actions, we have provided more than 86 million Canadian dollars (US$70 million) since 2019 to support the response to the crisis, including more than 74 million Canadian dollars (US$60 million) in humanitarian and development assistance for regional response, and we have announced 59.9 million Canadian dollars (US$49 million) in new funding over two years, starting in 2021-2022 to respond to the Venezuelan migrant and refugee crisis. We are also pleased to host the next International Donors’ Conference in Solidarity with Venezuelan Refugees and Migrants on June 17, 2021.

With regard to Belarus, Canada has been actively engaged in the international response to events following the fraudulent presidential elections in August 2020 and subsequent violent crackdown on peaceful protestors, journalists and human rights activists.

Our government has advocated for the protection of human rights at various multilateral forums, imposed sanctions on 55 Belarusian officials for gross and systematic human rights violations, and announced more than 2.85 million Canadian dollars (US$2.31 million) of funding to support civil society in Belarus. This funding was in response to the needs of civil society in Belarus—with a focus on women and independent media—which will aim to help strengthen the diversity, sustainability, and effectiveness of Belarusian civil society as they advocate for their own rights and civil liberties to be respected. Among other things, we were also proud to present the first Canada-UK Media Freedom Award to the Belarusian Association of Journalists, for its perseverance and self-sacrifice in the face of increased targeted crackdowns on media in Belarus in November 2020.

You have spoken about how authoritarians can leverage technology to squash dissent and individual liberty. Can you expand on your observation? What is your strategy for countering the use of AI against human rights activists?

Our collective work with like-minded countries on human rights and democracy is even more critical at a moment when we are witnessing global democratic backsliding, accelerated by the COVID-19 pandemic.

Recent events in Myanmar and Belarus underscore how authoritarian regimes use digital technologies to violate human rights online and offline, through internet shutdowns or unlawful mass surveillance. This use of digital technologies, like artificial intelligence, threatens human rights, the rule of law, and democracy. Sadly, human rights defenders, women, and groups that already face intersecting forms of discrimination disproportionately shoulder the impacts of these repressive actions.

We continue to speak out against digital authoritarian practices such as Internet shutdowns through various avenues.  We voiced this directly with opposition leader Tsikhanouskaya. In 2020, Canada forcefully condemned the use of Internet shutdowns and targeted content blocking in Belarus in a joint statement supported by 36 countries and presented at an Urgent Debate on Belarus at the United Nations Human Rights Council’s 45th session (September 2020).

Furthermore, this year, Canada has condemned Internet shutdowns in Myanmar in various international forums, such as the UN, the G7, and the World Trade Organization. Canada has also raised digital authoritarianism as a priority for the Alliance for Multilateralism (A4M). Canada worked closely with our international partners to launch the Global Partnership on Artificial Intelligence (GPAI) in 2020, whose members are united by a shared commitment to the responsible development and use of artificial intelligence, grounded in human rights, inclusion, diversity, innovation, and economic growth.

We continue to stress the importance of working together alongside stakeholders in civil society and industry to offer viable alternatives to the rise of digital authoritarianism worldwide, and share Canada’s vision for digital inclusion where full and meaningful access to and use of digital technology serves as a strong democratic starting point for an increasingly digitized world.

I believe that these authoritarian regimes are undermining the international norms, laws, and institutions that guide the rights-based development and use of digital technologies globally. Such behaviors undermine citizens’ rights and their capacity to contribute to their society. They also threaten the very principles of our rules-based international system.

In recent years, outer space has attracted increased attention for commercial (SpaceX) and military (US Space Force) purposes. What are your views on the commercialization and militarization of space? What aspects of international law need to be clarified to prevent conflict? How does your background as an astronaut inform your thinking?

As an astronaut, I saw first-hand how global collaboration can lead to truly amazing things. The international space station is an example of how we can achieve great things when the international community works together with a common objective.

Our country is committed to the peaceful exploration and use of space for the benefit of all humankind. Canada is engaged in helping unlock the full potential of the space sector and respond to the realities of the new and evolving space environment. Technological advances and new business models have made space more affordable and accessible for all including universities, start-ups, and emerging space nations. Given the importance of space, we also remain committed to preventing an arms race in outer space and to ensuring that it does not become an arena of conflict.

Canada encourages all states to ratify and adhere to The Outer Space Treaty (OST) of 1967, which obliges States to carry out space activities in accordance with international law, in the interests of maintaining international peace and security. We believe states must remain committed to the fundamental principles enshrined in the UN Charter, in particular the prohibition on the threat or use of force and the pursuit of the peaceful settlement of disputes.

To further ensure that space does not become an arena of conflict and is preserved for peaceful uses, Canada supports international efforts aimed at building the norms of responsible behaviors in outer space. We will continue to work with the international community to ensure the safety, stability, and security of outer space activities.

Canada’s House of Commons voted 266-0 to declare China’s treatment of its Uyghur population a genocide. You, along with most of the cabinet, abstained. What were your reasons for this decision?

We remain deeply disturbed by horrific reports of human rights violations in Xinjiang, including the use of arbitrary detention, political re-education, forced labour, torture, and forced sterilization. The free vote in our Parliament ensures each member can make a determination based on available evidence. Taken together, these views will form Parliament’s view, and we welcome parliamentarians working together and debating this critical issue.

Our government takes any allegations of genocide extremely seriously, and we have the responsibility to work with others in the international community in ensuring that any such allegations are investigated by an independent international body of legal experts.

This being said, we took action on numerous occasions to voice our concerns. In January, together with the United Kingdom, we adopted a comprehensive approach to defend the rights of Uyghurs and other ethnic minorities by announcing measures to address the risk of goods produced from forced labour from entering Canada and global supply chains.

Alongside our partners we have also imposed sanctions against four officials and one entity based on their participation in gross and systematic human rights violations in the Xinjiang Uyghur Autonomous Region.

Furthermore, we raised our concerns with our Five Eyes allies, the G7, and the United Nations Human Rights Council, and our Prime Minister raised this issue at the G7 Leaders’ meeting. We will continue to work with international partners to defend vulnerable minorities and we once again repeat our call for transparency and a credible international investigation in response to allegations of genocide.

We share the United States’ and other partners’ concerns about China’s actions, particularly with respect to trade, intellectual property, human rights, rule of law, security issues and industrial policies. We are working with like-minded countries to address our shared concerns, including in multilateral organizations.  This being said, China is an international actor and we also recognize the need to work together to address global issues such as climate change, health, finance, and the sustainability of supply chains.

In a January interview, Prime Minister Trudeau expressed caution around the use of COVID-19 vaccine passports. Yet, Ontario, Quebec, and countries worldwide are strongly considering or moving ahead with various versions of them. What is the government’s current thinking around vaccine passports?

Governments and international agencies around the world are exploring the use of immunization certificates as a tool to support the reopening of societies and economies. As some jurisdictions begin to consider granting privileges to vaccinated individuals, any such consideration in the Canadian context would be based on sound scientific evidence, as is every decision taken as we manage this pandemic. We are working in collaboration with our international partners on this issue and will continue to monitor developments in this area.