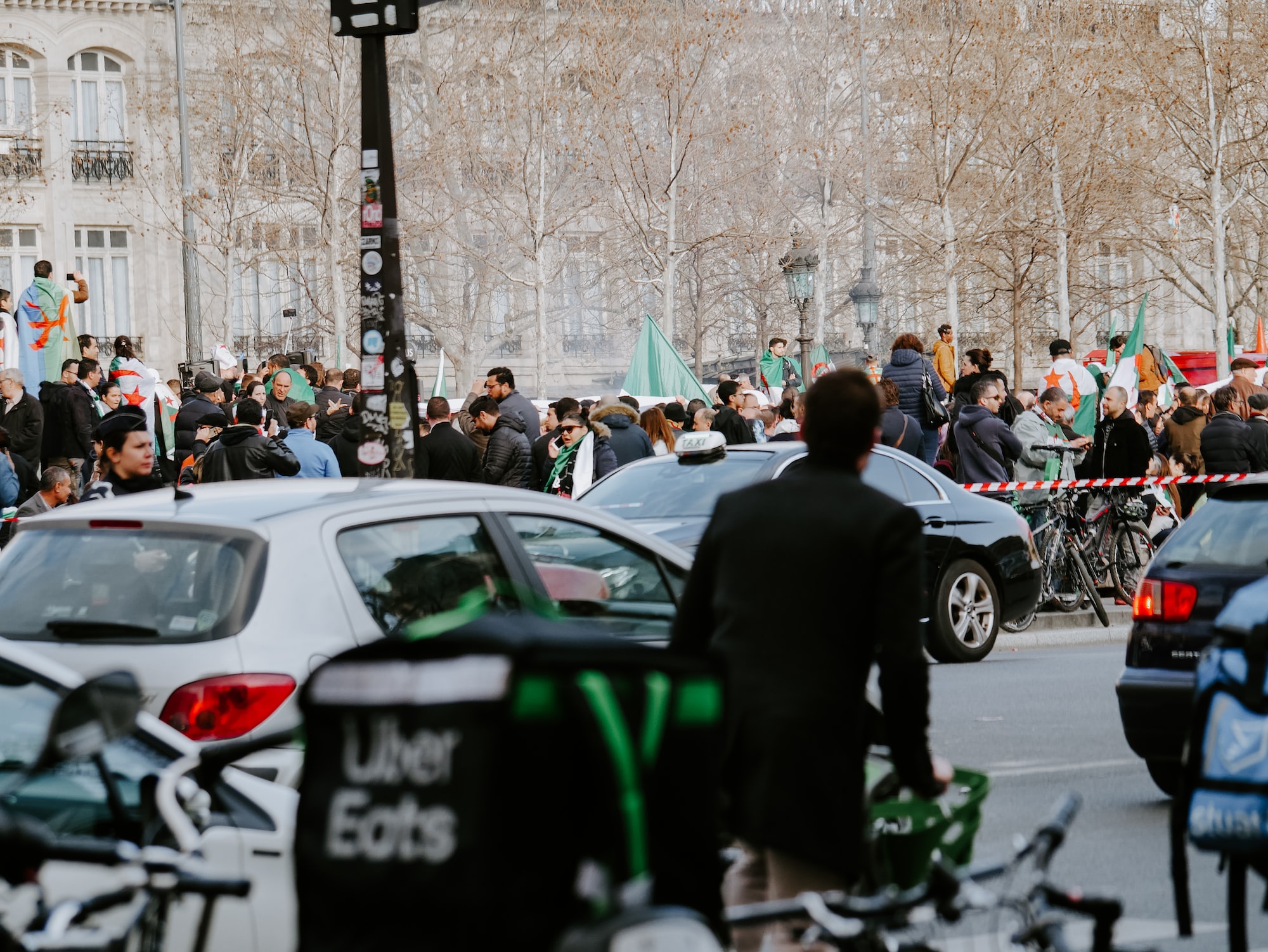 Although many countries across Europe and the West have turned to populism in recent years, the election of the current French President Emmanuel Macron in May 2017 has seemed to counter the populist tide in Western politics. Instead of joining the populist wave, Macron, with his liberal and Euro-focused agenda, has rekindled hopes that economic and political reforms will at long last be implemented across the European Union and the Eurozone. As both the monetary and political unions’ limits and deficiencies were fully exposed by the European sovereign debt crisis and international migrant crisis, respectively, many Europeans, who are wary of populism yet somewhat disillusioned by Europe’s recent troubles, now hope that Mr. Macron’s proposals will lead to a reformed, more resilient Eurozone and European Union.

The French President’s primary proposals concern three main areas: the financial sector, fiscal budgets, and defense. First, many European economies are only now beginning to truly emerge from the recession and resulting economic stagnation wrought by the 2008 global financial crisis. Mr. Macron has heeded the advice of macroeconomists at the ECB and IMF by proposing a “banking union” (i.e. further Euro-level integration of the financial sector) to complement the current monetary union. In particular, such a banking union would likely centralize financial regulation set by the ECB, provide common deposit insurance for European banks, and introduce a communal “rainy day” bailout fund. While such measures were proposed by various ECB economists as early as 2012 in response to the global financial and European Sovereign Debt crises, Mr. Macron’s rhetoric has given renewed impetus to the proposed financial sector reforms. Indeed, five years ago discussion of banking union circled largely amongst ECB officials and research economists; today, the details of a Eurozone banking union are widely expected to be revealed as early as mid-June 2018.

Second, as many economists have blamed the lack of fiscal union as a primary cause of the European Sovereign Debt crisis, Mr. Macron has accordingly intensified proposals for a fiscal union at the Eurozone level, which would most likely entail the creation of a shared Eurozone budget and allow for fiscal transfers between member states across the monetary union. Even if temporary measures including the European Financial Stability Fund (EFSF) and European Stability Mechanism (ESM) helped to resolve the worst of the European Sovereign Debt crisis, the French President’s call for fiscal union has renewed hope that a more permanent body will emerge from the EFSF/ESM to more readily provide fiscally burdened member states with emergency funds, and perhaps even fiscal stimulus and transfers.

Finally, as the European geopolitical landscape has recently and unpleasantly shifted due to increasingly aggressive Russian actions and rhetoric as well as a potentially less reliable United States, Macron has accordingly called for increased integration in European defense. Specifically, whereas much cooperation between different European nations’ armed forces has been conducted through NATO since the Cold War era, Mr. Macron has floated the idea of creating a pan-European armed force and defense ministry under the auspices of the European Union. Through banking union, fiscal integration, and shared defense, the French President thus hopes to create a more integrated and resilient European Union and Eurozone.

Despite his lofty rhetoric and vision for Europe, Macron faces significant political challenges in implementing his desired European reforms, and many political analysts even wonder whether any of the French President’s words will ever become a political reality. Facing increasingly illiberal and authoritarian regimes in Eastern European member states, rising populist instability across Europe’s Mediterranean periphery, and only lukewarm support from Germany, Macron’s proposals for European reform face various political hurdles standing against their implementation.

At the forefront of President Macron’s obstacles lies the necessity to win over German support for his proposals. Even though German Chancellor Angela Merkel has publicly supported Macron’s vision of reform in name, she has proceeded more cautiously than Macron when considering reform’s implementation. Weakened politically by domestic elections in 2017, the Chancellor now must contend with the openly Euro-skeptic AfD, which currently sits as the 3rd largest party in the German Bundestag. Even beyond the AfD’s open scepticism, German politicians in the pro-business FDP, conservative CSU, and even Merkel’s own CDU have voiced more measured concerns over the sweeping, revolutionary, even radical nature of Macron’s proposals. Specifically, as German taxpayers bore the greatest share of the cost that came from various bailout packages used to resolve sovereign debt crises in Greece, Spain, Portugal, and Ireland, many in Germany worry about the creation of banking and fiscal union within the Eurozone. To Germans, Macron’s plans for a fiscal union appear more as a plan for a “transfer” union, in which a fiscally prudent Germany would effectively have to fund bailout packages for the more “irresponsible” member states of the Eurozone. Other northern European countries, especially the Netherlands, share many of Germany’s worries.

Besides German concerns, Macron faces significant populist and illiberal opposition to Eurozone reform, especially from Italy and Eastern European Eurozone member states. On the one hand, both the Polish President Andrzej Duda and Hungarian Prime Minister Viktor Orban lead illiberal, nationalistic, and euro-skeptic regimes, and any attempts at further political and legal integration of the European Union is likely to be met with trepidation and even hostility by both leaders. Perhaps more worryingly, populist tidings coupled with parliamentary quagmire in Italy add yet another political obstacle to Mr. Macron’s plans. As the Eurozone’s third largest economy, Italy’s recent populist turn may lead to only more dissent, though the poor shape of the Italian economy and its reliance on European support may limit Italian politicians hand in vetoing further integration.

Whether in Berlin, Rome, Warsaw, or Budapest, it is clear that Emmanuel Macron’s proposed policies for European integration and reform will face countless roadblocks. However, a few crucial factors may determine whether any of the French President’s proposals areever realized. First, perhaps the most important ingredient to his success, President Macron must find firm support for his proposals in Chancellor Angela Merkel and the German government. As Germany’s domestic economic and fiscal situation remains one of the best in Europe, German support for further financial and fiscal integration proves key to Macron’s success. While many German politicians remain wary of the more radical aspects of Macron’s proposals, the new Grand coalition in the Bundestag remains decidedly pro-European and willing to compromise with Macron to allow for moderate but further financial and fiscal integration. Furthermore, Macron’s commitment to labor market, government budget, and overall economic reform domestically should convince the German government of the French President’s sincerity in creating a banking and fiscal union that will not solely rely on Germany for bailouts.

Beyond Berlin, Mr. Macron must convince the populist, Euro-skeptic governments in Italy, Hungary, and Poland that a reformed Eurozone is in their interest. Concerning Italy, Macron’s concessions to Germany, especially ones regarding fiscal prudence and restraint, may draw ire from the Italian government, which currently maintains a government debt to GDP ratio of over 130%. Nonetheless, since Italy’s weak fiscal and economic position puts the country in a position to be a net beneficiary of further fiscal integration/inter-Eurozone transfers, Mr. Macron’s proposal for fiscal union may still hold some appeal to the Italian government. Concerning Poland and Hungary, Mr. Macron would do well to follow through on his proposed “two-speed” European Union to address the two countries’ concerns over immigration, while his proposal to create a pan-European defense force may appeal to both Duda and Orban as they face an increasingly aggressive Russia to the east.

While Mr. Macron’s challenges do appear substantial, there has never existed a more suitable time to reform and further integrate Europe. Geopolitically, with a renewed Russian threat in the East and an less reliable US, the need for European defense integration has substantially risen in an increasingly tense and unstable world. Economically, as Europe has at long last begun to emerge from the aftermath of the 2008 global financial crisis and its own sovereign debt crisis, the opportunity to learn from past crises and proactively strengthen the Eurozone during a period of economic growth would leave the Eurozone better prepared to deal with future crises. Lastly, though much political opposition to Macron’s ideas exists, the need for liberal, globally-oriented leaders such as Mr. Macron to prove the value and vitality of their own ideas has in turn grown, as such a commitment to further European integration may well show the resilience of liberalism to the growing populist tide. All in all, despite the various obstacles standing in the French President’s path, with the right mix of compromise and decisiveness, a measure of reform could stabilize, strengthen, and revolutionize the Eurozone and European Union for years to come.