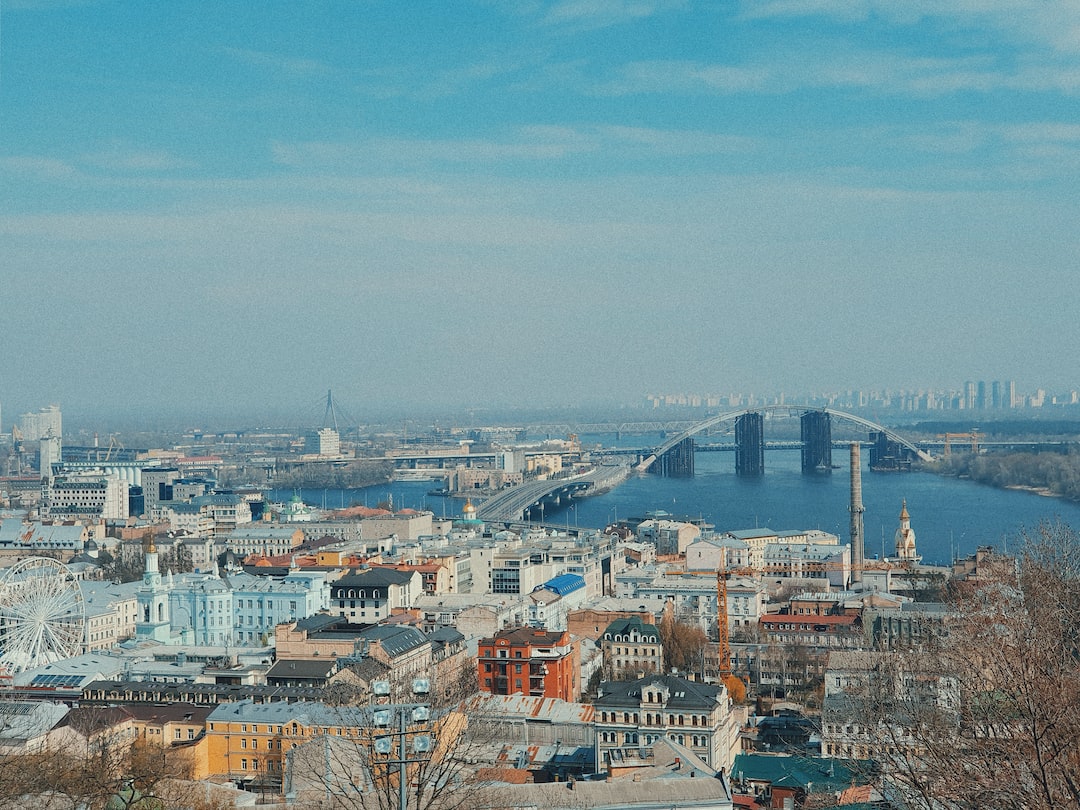 Andreas Umland is Senior Non-Resident Fellow at the Institute of International Relations in Prague, Principal Researcher with the Institute for Euro-Atlantic Cooperation in Kyiv, as well as General Editor of the ibidem-Verlag book series “Soviet and Post-Soviet Politics and Society” and “Ukrainian Voices” distributed by Columbia University Press.

When it became clear, in spring 2019, that Ukraine’s leadership was undergoing a fundamental change, hope that the Donbas conflict may have been nearing a resolution rose. Not only did Ukraine get a new and less demonstratively nationalist President than Petro Poroshenko who—much like former Ukrainian President Viktor Yushchenko had done ten years earlier—turned right by the end of his term. It also became clear that the parliament and government would also change radically. As of now, Ukraine is reconstituting itself with a largely rejuvenated, less ardently anti-Moscow, and more cosmopolitan political elite.

The expectation, to be sure, was not that Ukraine would principally change its position and course vis-à-vis Russia. Given the clear fronts and iron logic of the Donbas conflict, there is little that Volodymyr Zelenskyy can do differently from Poroshenko. In spite of the Kremlin’s wishes, Zelenskyy can neither give away Ukrainian territory nor sacrifice Ukrainian sovereignty in the Donbas and Crimea in order to achieve peace with Russia.

The issue of decentralization raised in the February 2015 Minsk Agreement, as a sometimes presumed solution to the Donbas problem, is also a non-starter. Since April 2014, Kyiv has been conducting a far-reaching all-Ukrainian decentralization independently from the conflict of the Donbas, and unrelated to the negotiations with Moscow. This ongoing devolution of power from the center to municipalities, however, did not help Poroshenko solve the Donbas conflict, nor will it help Zelenskyy in his attempts to do so.

In general, there is little that Zelenskyy can really do to solve the Donbas conflict; rather, the hope was that Putin may take advantage of the more Russia-friendly image of post-electoral Ukraine in order to justify, to his various domestic audiences, a less confrontational approach towards Kyiv. This expectation was built on the assumption that the EU’s sanctions may have done their job. Moscow, the assumption goes, would be seeking a reset of Russian-Western relations, through a resolution of the Donbas conflict, less out of sympathy for Ukrainian sovereignty or concern for European stability.

Instead, one hoped that the Kremlin would become more accommodative, out of long-term self-interest—namely, in view of its need for the EU as a foreign investor, modernization collaborator, and trading partner. With a Russian-speaking new President in Ukraine, such was the supposition, this would be easier to do than with the loudly anti-Putinist Poroshenko. The former Ukrainian President’s rhetoric had hardened increasingly over the five years of his presidency. Poroshenko’s reputation among Russians has been damaged by relentless defamation in Kremlin-controlled mass media. Zelenskyy, by contrast, is a well-known and sympathetic entity not only in Ukraine, but also in Russia where the former showman and actor has performed in numerous Russian popular television programs and cinema movies.

The seemingly encouraging circumstances after Ukraine’s presidential elections notwithstanding, there is no substantive progress in sight so far. On the contrary, Moscow announced, shortly after Zelenskyy won with a spectacular margin, a significant easing of rules, for Donbas’s Ukrainian population, to obtain Russian citizenship. This implicitly irredentist strategy had already become known under the label of “passportization” because of Moscow’s approach to the Russia-controlled territories of Georgia. The Kremlin’s sharp and demonstrative policy change during the election period is not only an affront to Ukraine and its new president,  but also undermines the logic of the agreed upon plan of returning the currently occupied territories under Kyiv control, as outlined in the Minsk Agreements of 2014 and 2015.

A new possibility, in which a large part of the Ukrainian Donbas’s population will have become Russian citizens, needs to be seen within the context of Moscow’s immoderate public foreign policy doctrine. Various official Russian documents explicitly allow and even prescribe Moscow’s active “protection” of its citizens abroad. Russia’s unapologetic approach to furthering the supposed interest of its foreign “compatriots” will also apply, in full, to the newly minted Russian citizens in Ukraine. It would thus—even in the best-case scenario of a successful implementation of the Minsk Agreements—remain unclear whether the Kremlin will actually let the currently occupied East Ukrainian territories go, if many of the inhabitants have become Russian citizens. That such a far-reaching modification of the status quo occurred when it was already clear that Poroshenko and his government will soon be gone does not bode well for the future of conflict-solution in Eastern Ukraine.

In the best possible interpretation, it means that the Kremlin merely wanted to raise the stakes and improve its position before going into negotiations with Ukraine’s new president. In the worst case, it means that Moscow has decided to unofficially, maybe even officially eventually, annex the territories around Donetsk and Luhansk. It would, in doing so, be following one of the various models supplied by its earlier unsanctioned occupations of Transnistria, Abkhazia, South Ossetia and Crimea. Whatever the Kremlin’s exact intentions behind the consequential move, the lessons for the West should be clear: The current sanctions linked to the Minsk Agreements have obviously had little effect.

The various minor limitations for Russia introduced by the EU in summer 2014 did not prevent the bloody escalations in Ilovaysk in September 2014 and Debaltseve in February 2015. They also did not end the ensuing low-intensity conflict during the last four years. In November 2018, the sanctions did not avert a dangerous escalation in the Azov Sea, and Russia’s arrest of 28 Ukrainian sailors. Finally, the sanctions were unable to foreclose Moscow’s recent start of “passportization” of the Donbas.

What seems to be preventing a more resolute destruction of the post-Cold War order by the Kremlin in Eastern Ukraine—instead of the EU sanctions—is the lukewarm relationship ordinary Russians have to Moscow’s Donbas adventure, as well as the hesitant reaction of East Ukrainians towards Putin’s offer of Russian passports. According to opinion polls, many Russians do not support annexing the Donbas, and do not endorse giving out Russian Federation passports to supposedly pro-Russian Ukrainians. That is because Russian citizenship allows people to receive social support from the Russian state budget such as pensions. Many Russians seem to suspect that such additional obligations for the Russian government could lower their own transfers from the Russian pension fund and their access to other state subsidies.

Moreover, rumors in Kyiv have it that only a few thousand Ukrainians have by now responded to Putin’s public proposition. Perhaps, Donbas inhabitants fear losing their Ukrainian passports-more valuable in terms of actual traveling—if the Ukrainian state finds out that they have obtained Russian citizenship. Currently, Ukrainian legislation forbids double citizenship. As long as the EU does not provide visa-freedom in the Schengen zone for Russian citizens, as it has been doing for Ukrainians since 2017, many Donbas citizens may fear to lose more than they win by obtaining a Russian passport.

The continuation of Russia’s low-intensity warfare against Ukraine, and recent decision to easily provide Ukrainians with Russian citizenship indicate that the EU’s current sanctions regime is ineffective. The Kremlin-supported frozen conflicts in Transnistria, Abkhazia and South Ossetia remain unsolved, in the absence of any Western sanctions regarding them. There is thus little reason to assume that Moscow would become more accommodative, if the EU’s measures against Russia would be reduced or abolished.

All that means that, if the West wants to solve the Donbas conflict at least (not to mention the Crimea issue), the current sanctions regime needs to be intensified—perhaps, significantly so. While this will imply certain expenses for the sanctioning states, the eventual overall costs for Europe, if no such actions are undertaken, may be much higher. Most Europeans currently perceive the Donbas conflict as an exclusively Ukrainian problem. Yet, its continuation and escalation could easily turn it into an all-European headache with potentially devastating consequences not only for Ukrainians, but many other Europeans too.