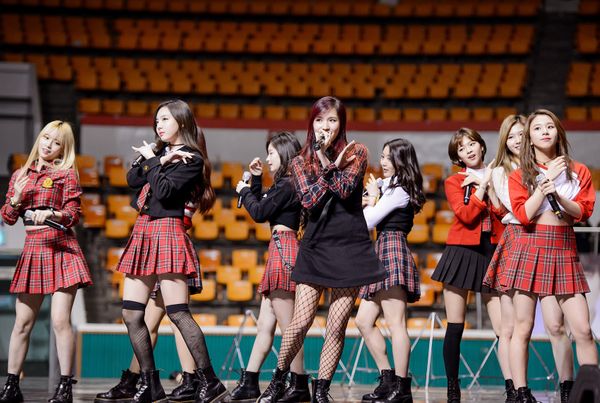 K-pop has made a splash into the global music industry with its colorful music videos, catchy lyrics, and loyal fanbases. With groups like BTS debuting as No. 1 on the Billboard Hot 100 and Blackpink earning over US$79 million from their first world tour, K-pop artists continue to make names for themselves on the global music scene. The K-pop industry’s rapid growth and successful expansion to global audiences has earned the industry an estimated value of US$756 million. This explosion has interestingly highlighted conflicts between Korean culture and neighboring Asian nation perspectives: from debuting non-Korean members under Korean labels to culturally insensitive costumes in music videos, K-pop has placed ethnic tensions and differences between varying Asian communities under a spotlight.

A Deep-Rooted History of Ethnic Tension

South Korea’s complex history and political unrest concerning other Asian nations has fostered reciprocated animosity. The most notable example of this tension involves Japan. In the early 20th century, imperialist Japan colonized the Korean territory and carried out egregious human rights violations, most notably the institution of comfort women: imperialist Japan captured an estimated 100,000 to 200,000 Korean women and converted them into sex slaves to serve Japanese soldiers. These women were forced to travel with the soldiers and lived in inhumane conditions for the purpose of raising the spirits of Japanese forces. While the issue of comfort women may appear to be an issue of the past, Japan failed to issue a formal apology on the subject of comfort women until 2001. Korean activists are still demanding more concessions from Japan to provide justice for survivors of Japan’s war crimes. Such issues may seem distant, but the two nations’ brutal history continues to strain relations between Japan and Korea today. This friction has led to instilled hostility within parts of Japan’s population in which Japanese adults and elderly share an internalized consciousness of Korean inferiority, especially in response to the entrance of K-Pop into Japanese society.

The explosion of technology and communication between Asian countries towards the end of the 20th century has served as a catalyst for Asian centralization through increased interaction. This digital era has provided the perfect conditions for the birth of the K-wave: a surge in popularity of all things Korean. This spectacle of Korean culture included the expansion of Korean Dramas, K-beauty, Korean food, and K-Pop. The K-wave’s success can be attributed, in part, to the financial crisis of 1997, when the Korean prime minister prohibited cultural imports in an effort to promote domestic cultural growth and decrease reliance on its neighboring nations for cultural creativity. This led Korea to dramatically bolster its domestic talent and improve programs for cultural development. The nation's efforts ultimately proved successful with the 1999 release of Korean movie Shiri grossing more than Titanic.

In addition, K-Pop and K-Dramas were able to successfully enter other nations’ entertainment industries because the content was easily shareable and Korean entertainment companies were hyperfocused on mass production of marketable cultural content. Korean entertainment companies advertised their content on Facebook and other social media platforms that reached a global platform, rather than other Asian nations’ specific social media apps that only reached the citizens within an individual country. Additionally, K-Pop songs and music videos were stylistically ahead of their time. From K-Pop’s high-budget music videos to their innovative production, other Asian music industries have struggled to compete. K-Pop’s advantage has only increased over time. In 2005, K-Pop idols BoA and the boy-group H.O.T.—Korean stars who display role-model-like qualities in singing, dancing, charisma, and visuals— sold one million album copies in Japan. By 2020, K-Pop group BTS had accumulated over 7.5 million album sales.

In addition to allowing Korea to generate vast revenue and spur domestic pride, the beginning stages of the K-wave served an even greater role: presenting Korea in a new light on the global stage. Before the K-wave, Korea’s complicated history and stories of ethnic strife dominated its reputation. For example, Chinese sports fans would spew anti-Korean sentiment, slurs, and even assault Korean fans after Korea extended its lengthy win streak over China in soccer. However, the K-wave showcased Korea in a new way using its ingenious cultural creativity. This different perspective increased exposure for Korean culture and painted the nation in a more positive light, providing a counter-narrative to anti-Korean sentiments.

A global sensation to say the least, the K-wave has reached well beyond the continent of Asia. In 2012, the release of the K-Pop song Gangnam Style by Psy was the first video to reach over one billion, then two billion, views in the history of Youtube, dominating pop culture. This release exposed Korean music to global markets and created a broad new customer base of international consumers who look to Korea for the next biggest hit. With such great global success, Korean entertainment companies began shifting their release strategies to appeal to global audiences. Some companies translated songs from Korean to Chinese, Japanese, and English while others attempted to create new songs completely designed for a Japanese audience. These attempts have been wildly successful. For example, the girl group Twice, under the Korean label JYP Entertainment, earned over US$18 million from their Japanese tour. JYP entertainment’s various K-Pop groups have been so successful in Japan that in 2019, they established a Japanese division located in Tokyo. The expansion into global markets also raised the question of whether or not Korean entertainment labels should accept non-Korean artists under their label. Once labels began signing non-Korean members, these artists became a spectacle, not only for Korean fans but also for people from the idol’s home countries. By including non-Korean members, Korean entertainment labels strategically expanded their audiences globally. Hence, Twice’s success in Japan can partially be attributed to the fact that they have three Japanese members, in addition to five Koreans and one Taiwanese. With more Korean labels hopping on this trend, many non-Korean singers have entered the K-Pop scene.

From the beginning of the K-wave, K-Pop’s fusion into foreign markets has often been quantitatively successful. However, this success has also elicited tension between Koreans and people of other Asian ethnicities. Some native Koreans have expressed concerns regarding what they see as the over-inclusion of non-Koreans in K-Pop entertainment companies, as they fear that these groups could outperform ethnic Korean groups or take away from Korean creativity. Conversely, non-Korean fans worry about the treatment of non-Korean performers in K-pop groups, as these members are often subject to unequal treatment to their Korean counterparts. An illustration of this inequality was the treatment of Lalisa Manoban, a Thai member of the K-Pop group Blackpink, who was barred from attending fashion events with her Korean group members due to Covid regulations. This perceived injustice prompted the phrase “Justice for Lisa” to trend globally on Twitter as Thai, Korean, and global artists demanded equal treatment and respect for the Thai singer.

In addition, non-Korean idols often get placed in the middle of Asian politics between the idol’s home country and Korea or other neighboring nations, as shown by the controversy that ensued when Chou Tzuyu, a member of the group Twice, publicly displayed the Taiwanese flag. In response to Chou’s recognition of Taiwan, China completely banned Twice. JYP Entertainment then forced Chou to apologize and state that “there is only one China.” Fans were enraged over JYP Entertainment forcing the Taiwanese artist to apologize for her home country just to protect the K-Pop market in China. Furthermore, K-Pop has been accused of cultural appropriation or cultural insensitivity in music videos. Most recently, the creative directors for Blackpink’s “How You Like That” used a Ganesha statue for aesthetic purposes, insulting Hindi fans.

Altogether, K-Pop's expansion into other Asian music industries has brought light to many ethnic and political disparities between Korea and its neighbors. However, K-Pop has also been a medium for Koreans and non-Koreans alike to discuss such issues. Whenever something problematic arises in the K-Pop scene, global fans are quick to criticize, correct, or call out the perpetrator for their wrongdoing. This fault is often corrected and followed by a statement from an entertainment company as an attempt to rectify the issue. In addition, because K-Pop is so influential in Korea, corrected controversies often become well-known cultural phenomena, allowing Korean citizens to broaden their cultural awareness by learning from the mistakes of celebrities. This system of accountability has forced Korea to tread carefully when globalizing its music and be culturally mindful of every release. In difficult political scenarios like Chou’s, K-Pop was used as an instrument to bring awareness to the Taiwanese-Chinese conflict and helped facilitate conversation on the topic in Korea. Through Chou’s scandal, fans from Taiwan were able to help others not only better understand Chinese-Taiwanese relations but also garner support globally for the artist.

Perhaps most importantly, K-Pop’s rapid growth to the global stage has forced rapid evolution in the entertainment industry and encouraged social change within Korean society. K-Pop’s global audience and particular relevance amongst Asian nations requires entertainment labels to be highly adaptive and responsive to the demands of diverse audiences. For example, TOP Media Management issued an apology instantly on behalf of their group MCND after the group performed a song and mouthed racial slurs. In their apology, the company recognized their harm and promised to commit their artists to being more globally informed and responsible citizens. This example illustrates how K-Pop labels have had to develop mechanisms to become very open to criticism and correct any cultural insensitivities with sincerity in order to remain celebrated among global audiences. Korean citizens’ sense of pride in the creativity and success of K-Pop makes the industry highly influential, which has allowed for Korean society to learn from the mistakes of K-Pop and become more informed citizens of global politics and cultures surrounding them. K-Pop is not only a cultural sensation but also an area where Asian countries can come together and celebrate Asian success. The music genre has become so influential that BTS has been invited to speak at the United Nations and both Blackpink and BTS have been working closely with climate activists to increase awareness about climate change. Beyond the fan chants, dome tours, and innovative production, K-Pop has facilitated positive change in the world, coming to dramatically reform the musical, political, and social landscape of Asian cultural geopolitics. 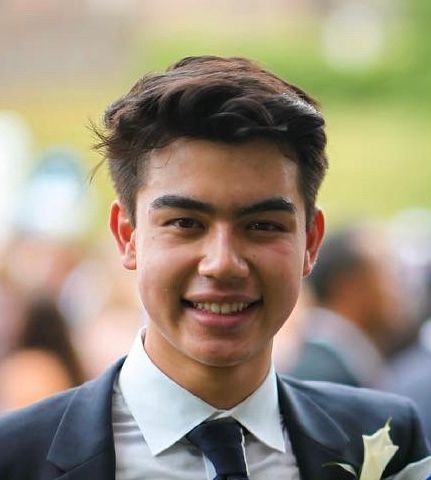 Nick is a staff-writer for the Harvard International Review. He is interested in economics and Asian politics.