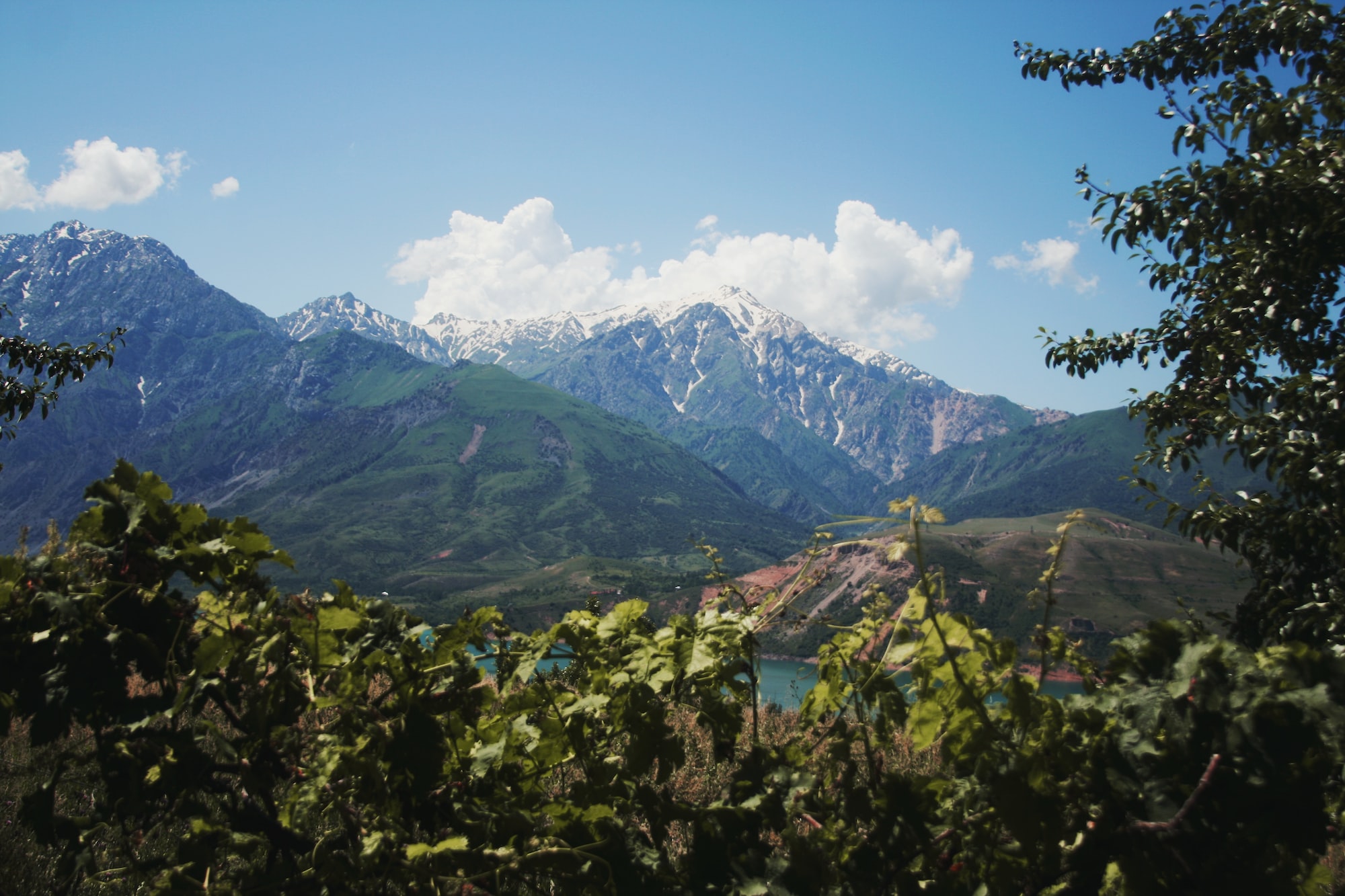 On August 29, 2016, the president of the Republic of Uzbekistan, Islam Karimov, suffered a cerebral hemorrhage. Four days later, the country lost its first and only president. Karimov had been exerting his influence in Uzbekistani politics since 1989 as the last secretary of the Communist Party of Uzbekistan, which later became the People’s Democratic Party of Uzbekistan (PDP). His rule was often mired by reports of human rights violations and declarations of autocratic power to squash any political opposition.

Though the transition of power to the new provisional government may be relatively smooth, Uzbekistan remains fraught with challenges. For now, the Prime Minister Shavkat Mirziyoyev has assumed temporary control as interim president until elections are held later this year The new leadership of Uzbekistan must address the late Karimov’s legacy grappling with a fragile economy, the separatist movement in Karakalpakstan, increasing interest of foreign powers in asserting their influence in Central Asia, increasingly complex water allocation amongst Central Asian states, and backlash from the previous government’s repressive stance towards Islam.

The former Uzbekistani president played a crucial role in the War on Terror that the United States has been waging for the last 15 years. Ever since the Republic of Uzbekistan seceded from the Soviet Union in 1991, it entertained positive diplomatic relations with the United States and other western nations in an effort to distance itself from Russian political clout. Following the September 11 terrorist attacks, Uzbekistani-US relations reached an all-time high of cooperation. The United States needed a strategically located and secular ally in the war against terrorism in the Middle East.

Uzbekistan’s strategy position north of Afghanistan, its wealth of natural gas resources, and Karimov’s opposition to Islamist movements made the country an appealing ally for the United States. The United States entered into agreements with Uzbekistan, gaining use of the Karshi-Khanabad Air Base in exchange for help fighting Uzbekistan’s domestic extremists, specifically the Islamic Movement iof Uzbekistan (IMU). Since 1999, the IMU had made the assassination of Karimov and the establishment of Sharia law its core mission and to this day remains a political player in Central Asian geopolitics.

Through his strict rule and US cooperation, Karimov was able to effectively maintain security in a region where a majority identify as Sunni Muslims and socioeconomic conditions make populations vulnerable to extremism. At the time of the invasion of Iraq, the IMU was a formidable existential threat to Uzbekistan. Following the invasion of Afghanistan, however, the Taliban and its IMU allies were all but vanquished, with members from both militant groups fleeing to Pakistan. Nonetheless, these victories in the War on Terror did not come without political costs for the regime.

In the subsequent years, allegations of human rights abuse in Uzbekistan began to garner attention from the West. Human Rights Watch accused the Uzbekistani government of imprisoning citizens for practicing Islam outside of state-run religious establishments and reported that the state was involved in “beatings and numerous accounts of the use of electric shock, temporary suffocation, hanging by the ankles” as methods of torture. These abuses occurred amidst the backdrop of the “Color Revolutions,” where citizens across the Caucasus and Central Asia were protesting their oppressive governments. Karimov began to grow wary of the influence of foreign NGOs and the United States in the area. Tensions within the Central Asian country reached a fever pitch on March 15, 2005, when troops from the Uzbekistani Interior Ministry and National Security forces opened fire into a crowd of protestors in Andijan. According to the Uzbek government, 187 civilians died on that day, although third-party studies have concluded the real number lies between 300-500 dead.

In the aftermath of the Andijan massacre, Uzbekistani-US relations plummeted as the United States called for an international investigation of the Uzbekistani government’s actions; Uzbekistan in response restricted US access to the Karshi-Khanabad Air Base. The country then began to focus on wooing China, which had supported the actions of the Uzbekistani government. China has heavily invested in Uzbekistan and neighboring Central Asian states in an effort to gain a foothold in a perceived buffer between itself and Russia. China is the prime consumer of liquefied natural gas extracted in Uzbekistan, and has pledged billions of dollars in investment for the development of infrastructure in these countries as part of its One Belt, One Road initiative to consolidate the allocation of goods and resources globally.

Karimov’s successor will also need to address the demands of the Karakalpak effectively. The ethnic Turkic group disagreed with a number of the former president’s foreign and domestic policies. Additionally, unfair water distribution has exacerbated relations between the Karakalpak and the Uzbekistanis. Although the Karakalpak’s population is approximately 1.7 million, the “sovereign democratic” republic occupies nearly a third of Uzbekistan’s landmass. In April 2014, following the Russian annexation of Crimea, flyers began to circulate in the impoverished autonomous region calling for independence. The region also retains the right to secede from Uzbekistan according to Article 74 of the constitution.

With a population of 30 million as of 2016, Uzbekistan dwarfs its neighboring Central Asian states. Additionally, the country has one of the world’s largest natural gas reserves, in addition to producing large amounts of gold; these two resources account for a sizeable portion of the country’s GDP. Though its neighbor Turkmenistan may be a biggerproducer of natural gas, its pipelines to both China and Russia must pass through Uzbekistan. Furthermore, one of the largest sectors of Uzbekistan’s economy is the cotton industry.

Despite the vast natural resources and a reported GDP growth of 8 percent in 2015 according to the Asian Development Bank, the economy of Uzbekistan has grown precariously. This volatility lies in the economic hardships suffered by the Russian economy due to falling global gas prices, as well as sanctions imposed by the United States and the European Union, among others, as a consequence of the annexation of Crimea. As wages in Russia continue to decrease, so do the total amount of remittances to Uzbekistan. In 2014, remittances made up 11.9 percent of Uzbekistan’s GDP.

Falling wages in Russia mean that migrant workers are making less, and consequently sending less back to their families in Uzbekistan, leading to a 16 percent drop in remittances. Additionally, new regulations set forth by the Kremlin target migrants from Uzbekistan and Tajikistan, since they have refused to join Russia’s proposed Eurasian Economic Union, by demanding that workers apply for an international visa. As a result, many of these workers are being forced to return to their home country’s oversaturated labor markets. The combination of the return of migrant workers to a labor market that cannot accommodate them and the decrease in remittances spell disaster for the Central Asian countries’ purchasing power parity; inflation rates are expected to rise by as much as 10 percent.

To make matters worse, China is also beginning to experience its own economic slowdown, driven by weak consumer demand. This slowdown threatens China’s role as the “banker” of Central Asia, and China has already made it clear that its investments in the region may soon decrease. The decrease in natural gas prices may also affect the Central Asian governments’ investments in infrastructure. After the death of Karimov, however, policy makers in China are concerned that Uzbekistan may strengthen ties with Russia, thereby jeopardizing Chinese economic and political interests in the region. Since then, Uzbekistan has found itself under the watchful gaze of Beijing, Washington, and Moscow.

Karakalpakstan was once Uzbekistan’s most fertile province. However, intense droughts have led to the shrinking of the Aral Sea and increased desertification, severely reducing the province’s amount of arable land. Compounding this problem is the cotton industry: in the mid 1960s an extensive irrigation system for cotton production was created by diverting water away from the two main rivers, the Amu Darya and the Syr Darya, that feed into the basin of the Aral Sea. Today, fishing industries that once fed the region have disappeared as pollution and droughts did away with them. As a region that primarily relies on agriculture and husbandry, Karakalpakstan has become Uzbekistan’s most impoverished region.

Further droughts in the past 15 years dried up remaining water reservoirs leading to the death of cattle, crops, and the rationing of drinking water. Thousands of farmers went bankrupt as they saw their livelihoods wither and die. The lack of potable water in this region has also contributed to a rise in related infectious diseases. The salt from the dried Aral seabed, along with pesticides, are regularly carried by the winds and deposited in sources of potable water, resulting in high rates of anemia and respiratory diseases. To call the situation a water shortage would be a misnomer; in reality, it is more of a question of a misallocation of resources. Simply put, Uzbekistan cannot realistically maintain its agricultural output of cotton while preventing the desertification of the Aral Sea and subsequent exodus of farmers to other provinces.

The Amu Darya, the larger of the two rivers that feed into the Aral Sea, has been the subject of a water dispute amongst Tajikistan, Turkmenistan, and Uzbekistan. Uzbekistan and Turkmenistan have heavily criticized Tajikistan for not adequately sharing water. Since the 1990s, Tajikistan and Kyrgyzstan have agreed to supply water to Kazakhstan and Uzbekistan in exchange for energy during the winter months. Recently, due to population growth, Tajikistan and Kyrgyzstan have constructed a number of hydroelectric dams to store more water for the generation of electricity, effectively allowing these countries to avoid their agreements to supply water in exchange for electricity. In September 2012, Karimov criticized the violation of the agreement suggesting it “could spark war” between Uzbekistan and either Kyrgyzstan or Tajikistan.

To make matters worse, all of these countries share outdated systems for water management. Combined with large amounts of cotton production, this has led to a continued desertification of their available arable land. A continuation of the status quo of the present regional management of water is not only negligent, but unsustainable. If left unchecked, water shortages will lead to social unrest, as farmers face the loss of their livelihoods. Thus, the next leader of Uzbekistan must address the lack of sustainability in water usage in Central Asia, while also ensuring that Uzbekistanis are getting their fair share of the resources should a drought occur. If not, they risk a potential civil uprising.

What the Future (Likely) Holds

As Uzbekistan’s December election looms on the horizon, the future of Uzbekistan remains unsure. The interim president and current favorite for the position, former Prime Minister Mirziyoyev, has made some new appointments of high ranking officials but looks likely to continue Karimov’s repressive domestic policies. His actions as acting president over the next few months will be indicative of whether he chooses to stray from Karimov’s legacy and provide a preview of what the next five years will look like should he win. While it is almost certain that no democratic transition will occur by December, the new leadership of Uzbekistan must work quickly to address the economic pressures of a fragile economy as well as the effects of those pressures on the environmental and humanitarian conditions in Karakalpakstan. Otherwise, Karimov’s legacy of stability may soon be in peril.