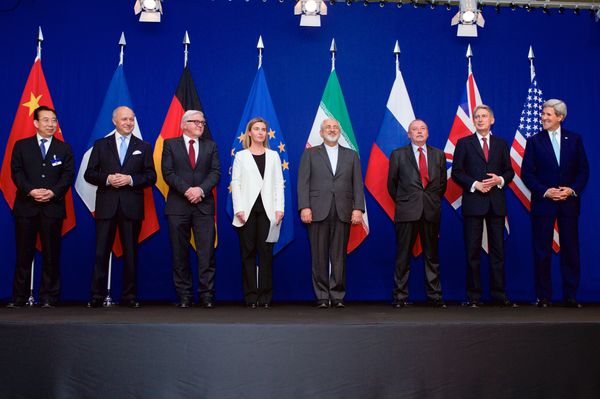 Iran Lashing Out: The Danger of US Withdrawal from the Iran Nuclear Deal

On May 8, 2018, the White House announced that it was ending its participation in the Joint Comprehensive Plan of Action (JCPOA), more commonly known as the Iran Nuclear Deal. The deal, passed under the Obama administration, placed limits on Iran’s uranium stockpiles and centrifuges and opened Iran’s enrichment facilities to inspectors from the IAEA. In return, the United States and other countries would lift their nuclear-related sanctions on Iran. And while the deal was ongoing, Iran did not commit a single violation of the treaty.

With the end of the JCPOA, the US reinstated sanctions that were lifted under the deal. However, the Trump administration has gone beyond reinstating prior sanctions, adding new sanctions to exert “maximum pressure” on Iran.

The new sanctions placed on Iran by the United States have crippled Iran’s economy by preventing Iran from exporting oil, which is the country’s main source of economic revenue. In fact, US sanctions have caused an estimated 95 percent decline in Iran’s oil exports. This has caused an economic recession in Iran, with GDP declining by 3.9 percent in 2018 and predicted to shrink by 6 percent in 2019.

The economic effect of US sanctions has clearly changed Iran’s decision calculus. After the implementation of new sanctions Iran has acted more belligerently within the region. After the implementation of new US sanctions, Iran’s Revolutionary Guard seized three oil tankers off its coast in the Strait of Hormuz. These seizures rattled global markets and caused oil prices to temporarily spike by nearly US$2 per barrel. Around a third of the world’s seaborne oil passes through the strait every day, and thus any disruption within the strait has the potential to cripple the global economy. Additionally, Iran and its proxy groups are thought to be behind the recent series of drone strikes on Saudi Arabian oil facilities, which most perceive to be in response to heightened US sanctions on Iran. These actions by Iran represent a serious escalation of tensions and demonstrates the country’s willingness to respond to aggressive US sanctions.

The biggest concern for the US, however, is that the sanctions have now caused Iran to ramp up its uranium enrichment. Despite crippling US sanctions, Iran has recently ordered more advanced centrifuges that will enrich uranium ten times faster than before, and the country has claimed that it now has the capacity to reach enrichment levels beyond its previous maximum of 20 percent, making the country closer towards achieving the necessary 90 percent enrichment for weapons grade uranium. Therefore, it appears that increased US pressure on Iran has only increased Iran’s desire to achieve a nuclear weapon.

The approach of the Trump administration to reduce the danger that Iran poses appears to be backfiring. The original nuclear deal prevented Iran’s progression towards developing weapons grade uranium while also reducing tensions between Iran and the US and its allies. This new pivot by the Trump administration, however, has caused Iran to spread instability throughout the Middle East while also moving closer towards the dangerous prospect of acquiring a nuclear weapon