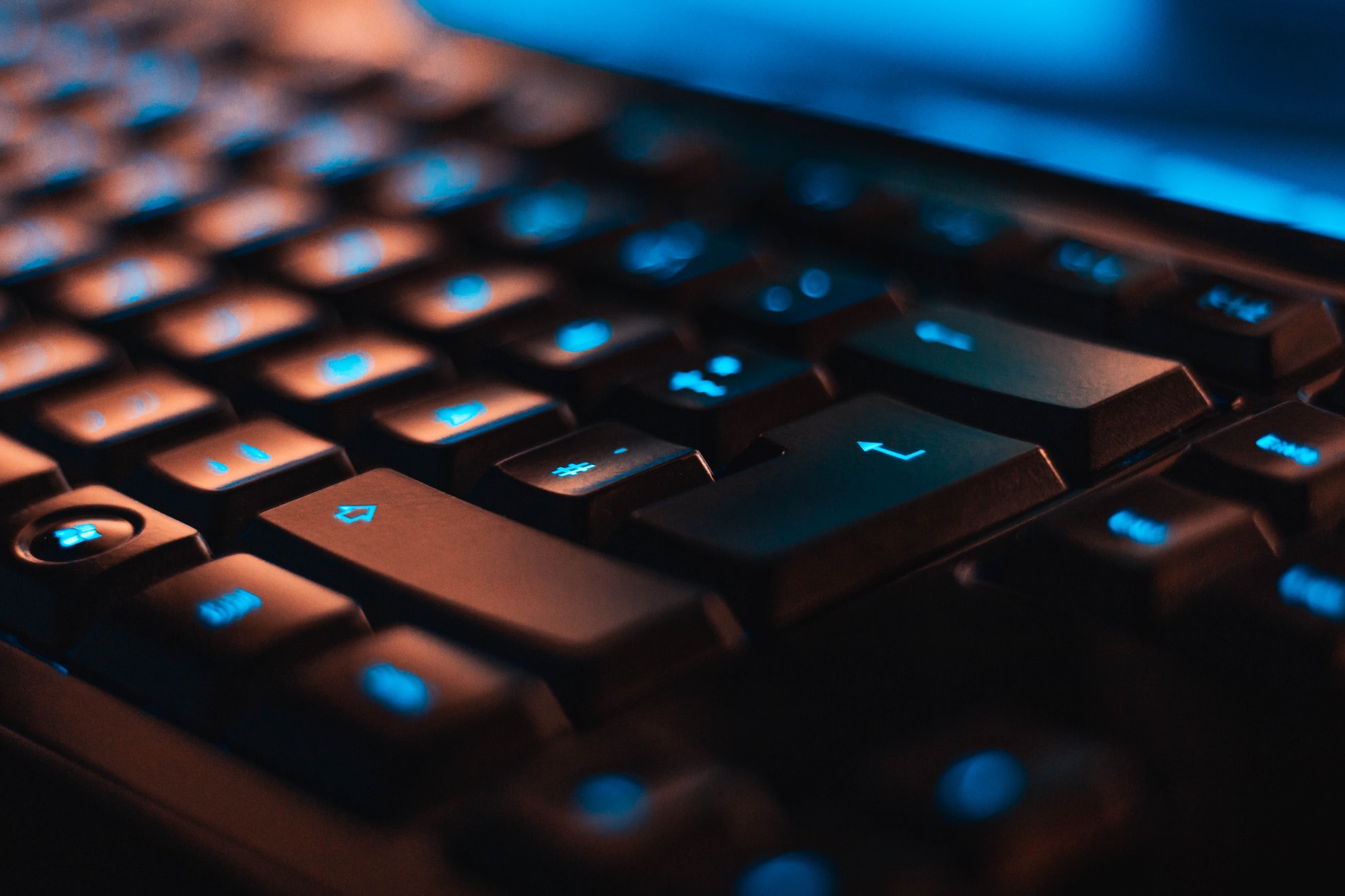 Computers Over Concrete: How Technology Will Revamp Immigration and Security Systems

In Silicon Valley, a young engineer is constantly searching for the best way to optimize his life through sensors that track his sleep cycle, breathing activity, and heart rate. In Madrid, a bus running one minute behind schedule transmits its location and passenger count to the municipal traffic signal network, which extends the time of the green light at each of the next three intersections long enough for its driver to make up some time. In Cebu in the Philippines, an unsecured webcam overlooks the storeroom of a convenience store, allowing anyone to peer in on all its activity. What links these wildly different circumstances is a vision of connected devices and the colonization of everyday life by information processing.

Interconnected technology is now an inescapable reality–ordering our groceries and monitoring our cities. As more and more of our daily activities go digital in the name of efficiency, industries have learnt to leverage technology for it benefits, but one sector could benefit from technological integration now more than ever–border security. With the United Nations estimating that 65 million people worldwide were displaced from their homes in 2017, immigration issues were consistently a top priority for every government official running for office in North America and Europe. As current practices still fail to achieve truly secure borders, it seems as though it is time for technology to propel border security and immigration practices to 21st century standards.

On the Mexican Border

Over a thousand miles away from Washington D.C. in the south of Texas, a Border Patrol agent has an expansive field of vision. His computer is linked to cameras and surveillance equipment that allow him to see rubber rafts on the Mexican side of the Rio Grande nearly four miles away, simply by moving a tiny joystick. The agent is using equipment in a trial run that the American Defense Department brought back from Afghanistan, where it was used to track the Taliban. It is part of a potent arsenal that also includes towers and drones, ground-mounted blimps that can hover as high as a few kilometers, and helicopters using state-of-the-art infrared sensors and motion detecting cameras to patrol the skies.

In 2017, President Trump proposed an increase of nearly US$3 billion for border security, but close to 60 percent of that increase would be to fund a solid border wall. Driverless vehicles have been developed, facial recognition software is used to authenticate payments for goods, and outer space is the next hot commercial travel destination. Yet, the American people continue to debate the efficacy of a third century solution to secure their nation’s southern border; they are frustrated and have every right to be. In a country whose total defense spending is upwards of US$600 billion, the federal government ought to have secured the Southern American border by now–especially since the tools to do so have existed for over a decade in the private sector. Sensor technology has advanced to the point where it can determine the difference between a jack rabbit and a human moving across the desert and drones can track individuals anywhere on the planet. Law enforcement officials say deploying the aforementioned array of technology can potentially result in tens of thousands of more arrests on a border that remains a primary transit point for drug smuggling and migrants crossing into the USA illegally.

Currently, of the 650 miles of existing border fencing, hundreds of miles are in need of repair because criminal organizations have cut through, dug under, or plowed over it repeatedly. Drug cartels are using more modern technology to breach the Mexican-American border than the US is to protect it, so it is almost futile for the US double down on an outdated physical border. Furthermore, a physical barrier doesn’t address the illicit trafficking of people and narcotics, or the issues of visa overstays as well as alternative methods, according to the Drug Enforcement Administration 2017 National Drug Threat Assessment Summary and a Center for Migration Studies report.

Notably, a “digital border wall” would also help to strengthen American-Mexican ties. Already, Mexico stops thousands of people from ever reaching American borders by stopping them at its southern border. Moreover, Mexican law enforcement and US Border Patrol coordinate interdiction efforts, perform joint patrols, respond to border violence, and pursue prosecution of criminals of transnational criminal organizations hand in hand. America will never realize a secure border with Mexico without first investing in its own border security technology and personnel, and extending outward so American borders are the last line of defense, not the first. A solid, 1954 mile concrete wall would serve to defeat the purpose of cross-national border security collaboration. Instead of wasting American tax dollars on a symbol of separation, officials should leverage technology to capitalize on the fact that Mexico and the United States are great neighbors and trade partners, not enemies.

A one-size-fits-all approach will not solve complex border problems, and the National Border Patrol Council agrees. The NBPC claims that true border security demands a flexible, defense-in-depth strategy that includes a mix of personnel, technology, and changing tactics–all of which come at a lower price tag than a wall. With technology permeating everyday life at an ever-growing rate, it is time for US government officials to deal with their pressing national security challenge faster, more efficiently, and cost-effectively.

“How wonderful would it be if the growth of scientific and technological innovation would come along with more equality and social inclusion,” Pope Francis asked at his surprise TED talk in 2017. The Pontiff became the leader of the Catholic Church four years prior in 2013, and has since made it his mission to shine a light on the dire state of migrants and refugees in the world today. His first official trip as Holy Father in 2013 was to Lampedusa, a tiny island off the coast of Italy that had witnessed an influx of refugees. On the annual “World Day of Migrants and Refugees,” he posts lengthy messages calling for unity on the issue and has even preached that protecting refugees is a “moral imperative” to his one billion or so Catholic followers.

It comes as no surprise then, that in the Spring of 2018, the Vatican hosted its first ever hackathon to, as the hackathon website quotes, “use technological innovation to overcome social barriers and embrace common values.” The hackathon at the Vatican, dubbed VHacks, focused on leveraging technology to solve three international issues: promoting social inclusion, strengthening interfaith dialogue, and, most notably, supporting migrants and refugees.

Throughout the 36-hour “coding marathon,” students from all corners of the world buckled down to design, create, and execute 24 novel solutions to present day problems. Of the many applications coded throughout the hackathon, three stand out as potential solutions to problems faces worldwide by migrants and refugees. Credit/Ability, a credit score system for migrants, enables refugees to concatenate their history and demonstrate their reliability in employment leasing to gain easier access to services like housing. Sajal gives verified doctors the ability to easily access migrants’ and refugees’ healthcare records including medical history, chronic illnesses, and allergies without any paperwork. Last but not least, Vinculum uses machine learning and advanced face-recognition technology to reunite migrants and refugees who may have lost one another in the process of relocation.

All three applications, coded over the course of a mere weekend by college students, were rigorously tested and questioned through a live pitch competition and prove to be real, viable, and powerful tech solutions to issues migrants face today. Indeed, the applications proved to be so life-changing that Microsoft has chosen to fund, sponsor, and develop some of the applications through its incubator in Redmond, Washington with hopes to deploy the game-changing solutions. It goes to show that first, organizations as far-reaching as the Catholic Church are interested in using technology to address immigration issues, and second, that in a short period of time, recent technological innovation can successfully be used to address life on the border for migrants fleeing terror at home.

Back in pre-iPhone and pre-internet days, the old solutions to addressing border security and issues of immigration were archaic: concrete and quotas. But in the last few years, the tools for addressing these issues that have dominated everyday news cycles have become increasingly more sophisticated. Tech hotspots like San Francisco, USA and Silicon Wadi, Israel are constantly churning out fresh, innovative tech, so why is no one adopting tech for widespread border solutions?

Bridging the digital divide may not be as easy as it sounds. Firstly, while there is some network connectivity, in most places where refugees live, being connected to reliable networks that are also affordable is a big challenge. In fact, according to a UNHCR report, refugees are 50 percent less likely than the general population to have phone with stable internet access. Even when the appropriate technological solutions to the refugee crisis target a population capable of using them, refugees may be hesitant to use the latest technologies, or unable to do so as a result of language barriers, lack of literacy, and other issues.

When it comes to border security, adoption of tech solutions similarly comes with its own handful of contentious issues. When Britain leaves the European Union (EU) in 2019, the border between the north and south of Ireland will be the only land crossing between the two jurisdictions. The UK government wants to leave the EU’s single market and the customs union to gain independent trade with non-EU countries, but at the same time avoid a hard border with Ireland. However, if the UK leaves the customs union, goods coming into Ireland from the UK will have to be checked in compliance with EU standards, tariffs, and places of origin, which nobody wants at a previously non-existent border.

The UK government has proposed technology as the solution, touting advanced X-ray scanners, automated number plate recognition technology, drones, and even blockchain applications. Outside of privacy issues and the use of untested technology on the border, there is an even bigger issue causing an impasse between the UK and the EU–an entirely tech border is unprecedented. Proponents of a tech solution often cite the border between Norway and Sweden, which employs IT systems that inform customs when goods leave a warehouse, and other high-tech solutions; however, trucks still need to stop to lodge paperwork and some are selected for inspection. In short, relying solely on technology is not without its concerns and challenges.

No present-day technology is smart enough to be an encompassing solution to border issues, and even the best tech is subject to constraints. We need to be sensitive to local populations and listen clearly to concerns to address them effectively in tandem with tech deployment. That means incorporating the issues of connectivity into broader efforts of trying to create tolerance and empathy in support of refugees and even allowing for hybrid borders with increasingly more tech security measures coexisting with more traditional methods.

We don’t lack for challenges. 65 million people worldwide are displaced, current border security measures are archaic, and immigration practices are inefficient. The technology exists to address all of these persisting issues, and students as young as sixteen years old have demonstrated that they can come up with solutions in as little as 36 hours. All that remains, is for government officials to realize that the elegant and 21st century answers to their problems, despite their limitations, have been under their noses all along. Certainly having a solution in place is better than no solution at all.