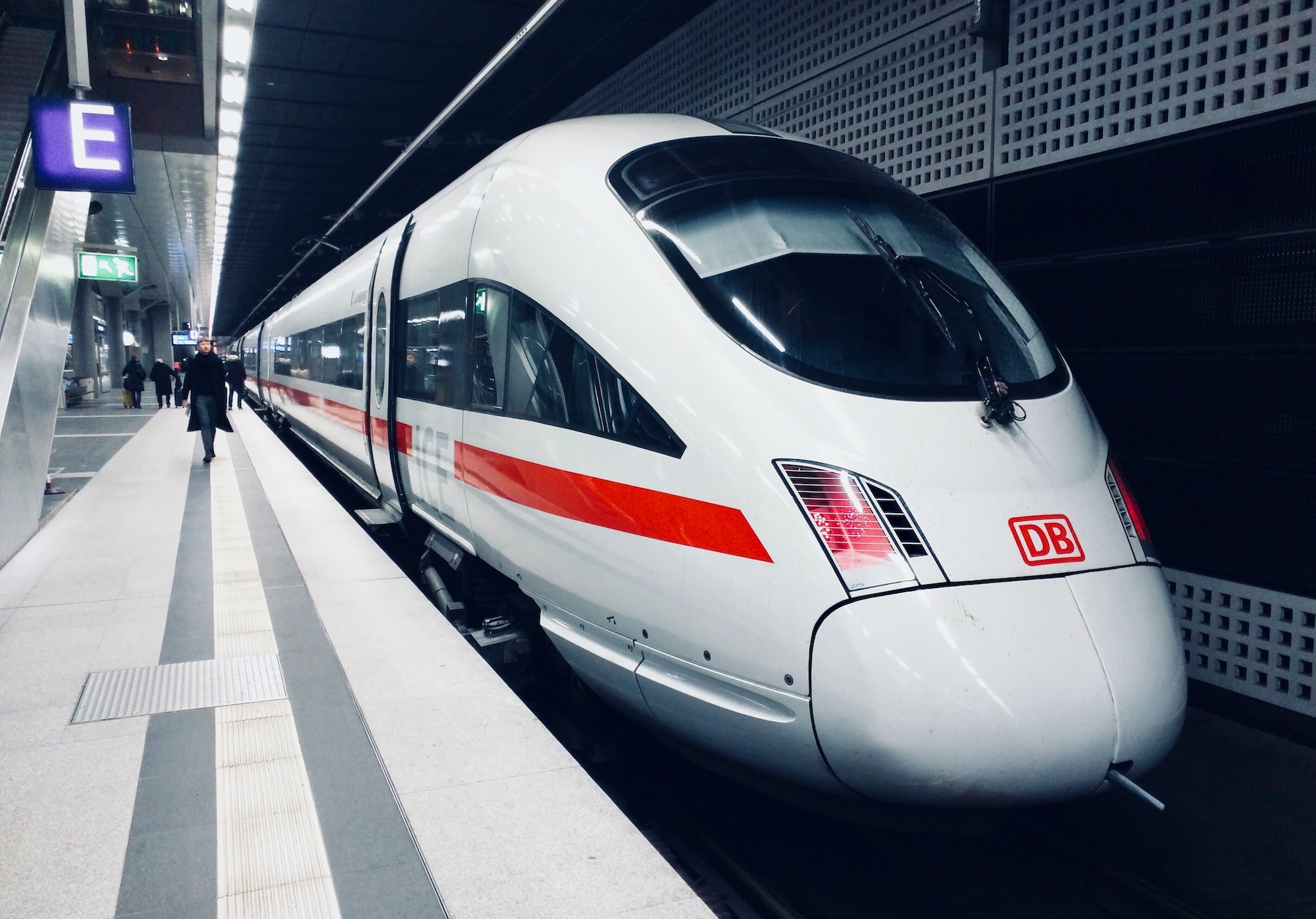 High-Speed Rail as a Strategy for Affordable Housing

Even though California is backing away from an extensive high-speed rail system, many countries view high-speed rail as their preferred new transportation infrastructure. China is leading the way with an ambitious program of trunk routes and plans for long-range high-speed rail to Europe. However, the induced economic benefits, particularly in a country with the geography of the United States, have not been well-understood.  The rationale for building a high-speed rail system is usually that by connecting markets more closely, it will engender greater economic growth and job creation. Less heard, but equally important, is the argument that high-speed rail can ease urban congestion and housing affordability issues. It was the latter rationale that put the first major high-speed rail line, the Tokaido Line in Japan, over the top with Japanese policy makers. To get at the the evidence for or against either of these hypotheses, we studied the evolution of the Shinkansen high-speed rail system of Japan. We observed that no systematic, sustained improvement in economic activity occurred with the introduction of the Shinkansen, but it did relieve congestion and home price pressure in Japan’s largest cities to a certain extent. Though our research focused on one particular system, the implications should apply to some of the world’s most dense and least affordable cities.

Spanning periods of rapid growth and stagnation in the Japanese economy, the Shinkansen High-Speed Rail (HSR) system in Japan grew with one new transit line every four years on average from 1964 to 2004. By examining the entire system as it evolved, including non-Shinkansen prefectures for comparison, and separating out both real estate and economic growth in prefectures from expected growth due to other factors, we arrived at relatively sharp conclusions about HSR, economic growth, and housing.

At the end of World War II, much of Japan’s infrastructure and capital stock were in shambles.  As described at the time by Roderick Smith, “When the Occupational forces arrived in Japan in 1945 they were stunned to see the extent of urban destruction caused by the bombing … Resources had been absorbed by the war effort with the result that both equipment and infrastructure were in a grievous state.”  In recovering, Japan recognized the need to rebuild and upgrade its transportation system. The nationalized railway company, JNR, added electrification, dual tracks, and other upgrades to the national system (and especially to the Tokaido line linking the populous metropolises of Tokyo and Osaka).

However, the rail system had started to reach capacity by the mid-1950s.  Though the general consensus was that road and air travel would replace rail as the dominant modes of transportation, executives at JNR made the case for an all passenger high-speed rail line.  In 1958, a government panel recommended construction of a high-speed passenger rail line to relieve congestion on the Tokaido corridor, reduce commuter congestion in Tokyo, and facilitate economic growth.

Construction, financed through bonds and a World Bank loan, began in 1959 and was completed in 1964 in time for the opening of the Olympic Games.  To gain that financial (and governmental) support, JNR demonstrated the requisite engineering expertise, which it gained from the Asia Express, a rail line they built and operated from 1934 to 1943 in the colony of Manchukuo (in the Chinese region of Manchuria).

The objective of the Tokaido Line was to relieve pressure on an overcrowded rail transport network between the three largest Japanese cities: Tokyo, Osaka, and Nagoya. JNR also viewed the project as a relief valve for crowded conditions in Tokyo, as it reduced the cost of commuting from outlying villages and cities. It succeeded in these goals, as the Tokaido reduced  congestion and generated economic growth as well.

After the introduction of the Tokaido Line, Japan began building the Sanyo Line linking Osaka to Fukuoka, with completion in 1972 and an extension in 1975. The Tohoku Line was completed in four segments: 1982, 1985, 1991, and 2002. The Joetsu Line opened in 1982, and the Hokaruku opened in 1997. The last Shinkansen line represented in our data set is the Kyushu Line, which opened in 2004. This construction ultimately linked most large Japanese cities into the high-speed rail Shinkansen network. Upgrades and improvements to the network have continued, and JNR introduced new technologies as they were developed.

From a commercial standpoint, the Tokaido Line from Tokyo to Osaka is oft-cited as one of the most successful HSR lines, and it is representative of the results we find for the entire system. Along this line, the prefecture of Kanagawa appeared to be in the most advantageous geographical position. Kanagawa Prefecture lies directly to the south of Tokyo and contains the city of Yokohama. As it is an outlying city close to the capital, one would expect the lower transportation costs to pull the two markets closer together and to create spatial efficiency and economic growth. There are also anecdotal stories of smaller communities surrounding rail stops experiencing economic booms.

The other prefectures surrounding Tokyo—Chiba, Saitama, and Yamanashi—had slower-speed passenger and freight rail as well as rebuilt road systems, but did not benefit from being part of the original Shinkansen. A close examination of the region shows no pattern of increased relative economic growth after 1964 in both Tokyo and Kanagawa, the two prefectures on the Tokaido Line. In addition, there was no one-time Shinkansen bump in GDP in the two prefectures. Moreover, Chiba Prefecture’s relative economic growth was every bit as robust as Kanagawa’s, even though it did not have the Shinkansen. From the economic data, one cannot even tell when the Shinkansen became operational. To be sure, economic activity and jobs from the construction of the Shinkansen and the aforementioned rail stations did induce economic growth, but at the prefecture level, it appears to be only a geographic shift of economic activity within the prefecture rather than a significant inducement to either faster growth or a higher level of prefecture GDP. This does not mean that economic growth would not occur in any circumstances, only that it is not guaranteed to occur.

Though urban prefectures did not experience an economic boost, rural prefectures, which tend to be more isolated and lack the kinds of transportation infrastructure present in large cities, could be different. However, comparing the prefectures of Shizuoka, Aichi, and Gifu along the Tokaido Line with the nearby non-Shinkansen prefectures of Mie, Nagano, and Nara yields the same results. Specifically, there are no introduction spikes in GDP, nor are there changes in patterns of economic growth before and after the introduction of the Shinkansen. Instead, the evidence suggests HSR simply moved jobs around the region without creating significant new employment or economic activity, and this finding remained true when we separately examined the fast growth era and the “lost decade” era of postwar Japan.

Turning to the question of population dispersion and home prices, we found that lower-productivity individuals moved further out of dense cities into HSR-served outlying regions, since the Shinkansen lowered commuting costs to exurban areas with more affordable housing. The opposite happened with higher-productivity individuals, who either stayed or moved into the more amenity-rich cities. This increased GDP per capita and decreased population density in those cities. (Other researchers have seen a sorting by skill level between those two cities subsequent to the introduction of HSR, and our results are consistent with observations on the French TGV between Paris and Lyon.) As Japanese households moved to outlying areas, they bid up the local price of housing. However, the average price of housing in metropolitan areas ended up lower than it would have been absent HSR.

There are three other countries with well-developed HSR networks: France, Germany, and China. The French TGV system is a hub-and-spoke model with Paris as the hub, while the German HSR, which opened in 1991, is more akin to the Japanese HSR system, and the Chinese system is both new and extensive. While the duration and extent of the HSR systems in these countries make them less amenable to rigorous statistical analysis, studies of these systems and anecdotal evidence suggest that our observations on Japan’s 55 years of HSR apply to these other systems as well.

It is self-evident that HSR increases the convenience of living in outlying suburbs of crowded and expensive cities, making housing more affordable for people working in those cities. As a result, the experience of Japan over the 55-year span of HSR linking cities throughout the country is instructive for policy makers in the United States. HSR has the potential of adding significant residential land to America’s fast-growing coastal cities with expensive housing. In doing so, it also opens up less economically successful cities to a more robust future.