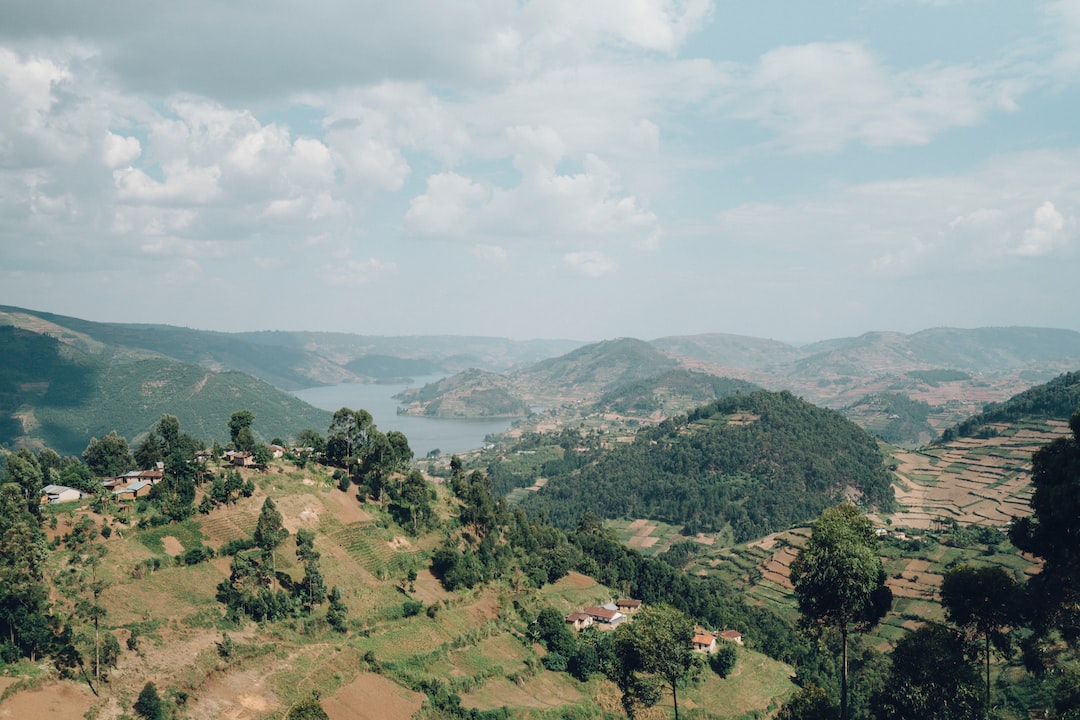 The traditional image of Africa is the continent of richness. Its vast natural resources are vital to its future, primarily because such resource endowment can drive not only economic development but also conflicts and corruption. Venezuela, Sierra Leone, and Nauru—history is full of examples where affluent natural resources proved counterproductive to sustainable growth: what matters is effective governance, inclusive distribution mechanism, and the protection of labor, environmental, and indigenous rights.

This lesson also applies to agriculture—an area traditionally immune to transnational investment. In addition to their deep involvement in Africa’s natural resource exports, international investors are increasingly looking for purchasing African land for agricultural usage, including Harvard. More than 10 million hectares of land in Africa are under contract between a local government and foreign investors. A South Korean company once signed a 99-year agreement to rent 1.3 million hectares of land from Madagascar (the deal ultimately abandoned by Madagascar’s successive government). China secured 2.8 million hectares for biofuel oil palm plantation in the Democratic Republic of Congo, and Qatar leased 20,000 hectares for fruit and vegetable cultivation in exchange for funding a $2.3 billion port in Kenya. Companies based in India, South Korea, or the Middle Eastern nations are among the most aggressive buyers. Although the international media attention to this phenomenon peaked around 2010, its implications for Africa's agriculture, economy, and the local population have been long-standing.

Some call this increased transnational land acquisition a “land grab,” portraying it as a new form of economic colonialism. As in the case of the scrapped South Korea-Madagascar deal, many of these contracts have provoked opposition from civil society groups and local farmers whose lands are subject to handover. They concern the coercive nature of the deals, which undermines the environmental, economic, and social welfare of the indigenous population. So, what is behind this increase in transnational land acquisition in Africa, and how will it impact indigenous people’s lives?

Rising Food Price as the Impetus

Food Crisis in 2008: Global food prices rose sharply from 2007 to 2008. The UN’s Food and Agriculture Organization (FAO) reported a 45% increase in the world food price index in 2008. Similarly, wheat prices increased by 130% relative to 2007 levels, soy prices by 87%, rice prices by 74%, and maize prices by 31%. This surge in food prices increased the global price of farmland: in 2007 alone, the price of farmland rose 16 percent in Brazil, 15 percent in the Midwestern United States, and 31 percent in Poland.

Multiple factors collectively triggered this food crisis, such as high oil prices and financial speculation. Irrespective of the complicated relationship between these causes, it certainly heightened anxiety among major grain importers—including China and India—on their future food security. Japan, South Korea, Saudi Arabia, and Qatar have the lowest food self-sufficiency rate among major powers because of their lack of cultivable farmland and other resources such as water. These nations suddenly had to worry more about feeding their own people during the next food crisis. Failures to secure enough food supply quickly cause social unrest and uprising, as history has demonstrated. Overall, as confidence in the global food market eroded, these nations started seeking outside their territory for sustainable food supply. As a result, acquiring relative cheap foreign farmland has become a lucrative tool to enhance food security.

High Demand for Biofuel: As the global attention on climate change intensifies, many nations see biofuel as a promising means to reduce carbon footprint. The United States and Brazil even set a minimum requirement of percentages of biofuel in gasoline. The high global price of the first-generation biofuel, which is made from crops such as sugarcane, heightened the demands for commercial crops. This surge has incentivized multinational companies to purchase Africa’s farmland and cultivate those commercial crops on a large scale. Actually, Only 9 percent of transnational farmland acquisition projects globally are exclusively destined for food production; cultivation of biofuels and commercial crops is more dominant usage of these lands.

Changing Consumer Preference: Countries with the emerging middle class have to accommodate a substantial increase in food demand: some degree of this increase comes from population growth, but an even more significant portion is due to changing preferences of middle-class consumers. In underdeveloped economies, crops and grains are generally people’s staple foods. However, as the economy advances, the cultural shift to high consumption society where fast-food chains and Western cuisine are more popular expands the desire for meat consumption. For example, China’s meat consumption has doubled in 25 years. The problem is that meat production requires far more farmland and resources than the same calories of crops. It takes almost 20 times less land to feed someone on a plant-based diet than on a meat-based diet. This puts pressure on domestic crop production, forcing growing economies to look for more stable access to fertile farmland.

Although these economic factors have made transnational land acquisition profitable for multinational corporations, their effects on the local population are mixed. Of course, there are some positive economic impacts. African governments that sign land contracts can often enjoy advanced agricultural technologies, more skill-intensive employment opportunities, and more economic investment. Foreign investment in farming technologies and fertilizers might actualize Africa's Green Revolution with a substantial increase in agricultural productivity. Nevertheless, the nature of transnational land acquisition in Africa—that is, powerful multinational corporations purchasing Africa’s farmlands from local farmers—reminds us of the bitter experience of the West’s colonization of the African continent in the 20th century. The Scramble for Africa of the late 1800s distorted the composition of crop production. The agriculture strategy at the time disproportionately focused on lucrative commercial crops instead of staple crops, causing persistent famine even after African nations’ independence. When considered with these historical backgrounds, current practices of large-scale foreign land acquisition in Africa reveal several pitfalls.

Africa’s Food Insecurity: It is ironic that Africa has become the target of multinational companies’ land acquisition when the continent itself is still suffering from severe hunger. For example, Ethiopia is one of the largest recipients of foreign aid, and 30 percent of its population was below the poverty line in 2014. And yet, one-third of the Gambela region in western Ethiopia was lent out to a multinational company, even though restricting the production of commercial crops by foreign companies and focusing on the production of staple crops could have improved the hunger situation in Ethiopia. As this instance shows, there is a strong case against foreign companies’ land acquisitions in Africa, in both a moral and an economic framework. It seems morally unjustified for a government to sell out its lands for uncertain commercial gain when that land can feed and save the lives of its citizens. Also, the continued inability to feed its population means that the country has to depend on foreign aid indefinitely, which impairs the prospect of economic independence and industrialization.

Environmental Degradation: Research shows regions in which large areas are used to cultivate the commercial crops palm oil and sugarcane require a large amount of water, whereas food crops such as rice, maize, and soybeans require less. When a multinational corporation cultivates sugarcane without appropriate environmental evaluation, it could negatively impact the production of food crops in other parts of the country. This concern over ecological degradation is particularly worrying for two grounds. First, the impact is irreversible—once the water shortage or environmental pollution happens, it is difficult to reverse the situation back to where it was, and the risk of social unrest persists during the period of slow recovery. Second, there is weak institutional pressure on multinational corporations. Because developing nations in Africa tend to have more fragile political institutions, multinational corporations can act in a more coercive way than they do in developed countries. Given the fact that those companies do not possess an interest in the environmental state of the farmland after the land contract terminates, it is highly likely that they overspend or misspend the essential agricultural resources.

Exploitation of Indigenous Farmers: The potential harm on agricultural output and environmental disproportionately impacts indigenous farmers whose land is taken away. Moreover, these land contracts often lack appropriate compensation for those small-scale farmers. The obstacle here is a lack of land registry systems in African nations. Often, much farmland in rural areas is communally owned or state-owned, which blurs the specific stake an individual farmer has in the land. Additionally, many indigenous farmers do make their livelihood on farmland that is categorized as under­utilized. This insufficient recognition of land ownership and rights is already causing the involuntary displacement of small-scale farmers. Some governments that sign the contracts, such as Sudan and Mozambique, are not democratically held accountable, especially to its rural, economically marginalized population. International Institute for Environment and Development Reform, a research group based in the UK, has advocated for reform on land ownership systems and enforcement mechanisms of proper compensation. Moreover, the negotiation process has to be democratically accountable, which demands transparency regarding compensation, land usage, and its effect on local employment.

Towards a Win-Win Solution

Africa’s vast farmland represents an economic opportunity for the continent. It has the potential to become the granary for the world population, and the foreign powers have precious capital and technology to make this happen—their land-scale investment in Africa’s agriculture sector can enable Africa's Green Revolution. However, this requires careful governance. Proper oversight mechanisms on how purchased lands are utilized, the comprehensive environmental standard on the usage of farmland, full recognition of the collective rights of indigenous people to their farmland are necessary conditions to a win-win deal. As the scale of transnational large-scale land acquisitions remains high even after the relative fall of world food prices, the international community should not dismiss "land grab" as a controversy of the past decade. It is incumbent upon us to restore fairness and dignity for the voiceless in the continent, never to repeat the tragedy of colonialism.