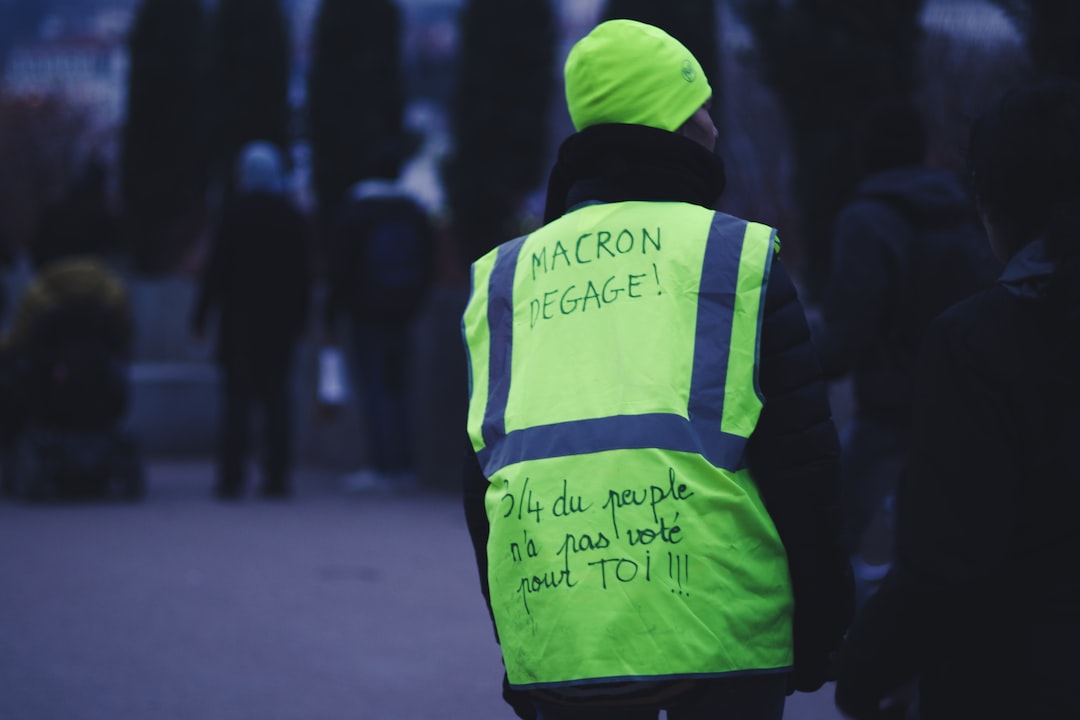 On November 17, 2018, 290,000 demonstrators from around France began what would be the first of many protests against French President Emmanuel Macron’s carbon tax hike. Known as the “Yellow Vests,” these demonstrators took the world’s center stage and joined climate change debates for a brief period in late 2018 and early 2019. Though the demonstrators successfully influenced Macron to repeal his tax increase, they largely disappeared from the public eye in the latter half of 2019.

While the Yellow Vests’ opposition to carbon taxes is well known, there is some debate as to their importance in the larger debate on climate change. Critics have tried to label the protests as “global carbon tax revolts” against “green piety,” but many Yellow Vests insist that they support taking action to curb climate change and policies to reduce global dependency on fossil fuels. All things considered, what can we then learn from the Yellow Vests Movement and their role in climate change debates? The answer lies in the unequal distribution of wealth and the need for policies that consider global wealth disparities.

When Macron was first elected in 2017, he branded himself as the anti-establishment candidate who would introduce a new style of centrist politics. Though largely successful in reforming France’s labor codes at the start of his presidency, his approval ratings began to fall when he turned to tax cuts for the wealthy and alienated many working-class voters. Former French President Francois Hollande even named him the “president of the rich,” and Macron’s apparent lack of empathy towards the Yellow Vests only fueled the public’s distrust.

France’s Prime Minister Édouard Philippe issued a statement stating that the government had no choice but to impose the new tax and that no solution to climate change would be reached without dissatisfaction. To a certain extent, universally raising gas prices is justified, as it drives consumption down and lowers carbon emissions; however, Macron’s government could have made the tax fairer by accounting for socioeconomic differences in France.

At the conclusion of the 2015 UN Climate Change Conference, all nations that attended the conference agreed to limit global warming to 2°C above pre-industrial levels. A transition from fuel-dependent to lower-carbon emissions modes of transportation (electric cars, bikes, or public transportation) is an essential component of this agreement. It was for this reason that Hollande created the TICPE tax (Internal Consumption Tax on Energy Products) in 2014, with the goal of limiting emissions by taxing the sale of gasoline. Though the TICPE tax was supposed to gradually increase until 2022, when Macron rose to power he abruptly increased the tax rate. This instigated Macron’s drastic drop in approval ratings and led to the Yellow Vest Movement.

It is possible that the protests would have broken out without Macron’s intervention, as the tax was scheduled to rise from seven euros in 2014 to 65 euros in 2022. However, it is also possible that a more personable president than Macron could have diffused the situation and reduced nation-wide support for the protests, as currently 72 percent of French citizens support the protests. Regardless, the fact that these protests broke out allows us to analyze the deep rooted issues of inequality in France and globally, which can be exacerbated by ill-thought out policies.

Though universal in nature, France’s carbon tax essentially targets low- and middle-class French citizens instead of the affluent. Unlike in the United States, France’s upper-class lives in cities while its lower-classes live in suburbs due to more affordable housing, where they are dependent on cars and fossil fuels for transportation. The Yellow Vest protests, therefore, were not solely caused by the increased tax rates but by the unfair targeting of low- and middle-class French citizens.

In France, not needing a car is perceived as a symbol of wealth because it means one is wealthy enough to live in the city where public transportation is abundant and a car is unnecessary. Thus, Macron’s tax targeted lower- and middle-class citizens who lived in suburbs and were dependent on cars. Take for instance the town of Montigny-le-Guesdier, where the Yellow Vest Movement originated, or any other suburban commune in France. These small towns are not serviced by public transportation; when one’s workplace is 35 km away or the nearest supermarket is four km away, an increased fuel tax makes it difficult to go about daily life. Macron’s carbon tax targeted such vulnerable communities that are dependent on motor vehicles and are unable to switch to eco-friendly modes of transportation; this was the rationale behind the Yellow Vests protests.

It is important to note that the Yellow Vests do not oppose climate change reform. In their list of 42 demands, they specifically called for the creation of a hydrogen car industry and a tax on fuel and kerosene for ships and airplanes. The Yellow Vests do oppose forcing the lower-class to pay for the upper class’ rapid rise of industrialization, and it is from here that we can learn many valuable lessons about the global debate on climate change.

A Global Debate on Climate Change

At its core, the Yellow Vest Movement was a way for the lower-class to protest unfair climate policies that targeted the lower-class while leaving the upper-class largely unaffected. Unfortunately, this pattern exists on a global scale as well. While the issue of income disparity within a country is one that is particularly relevant to developed nations with social stratification, it nevertheless applies to all countries globally when we consider the disparities between developing and developed countries as they face climate reform.

Of course, this is not to say that we should not have climate regulations. We should put stricter regulations in place to make sure that we achieve the goals set forth by the 2015 UN Climate Change Conference. However, developed nations must take initiative and invest money and resources into developing nations to allow them to meet stricter climate standards, while at the same time allowing them to develop.

Climate change is a tough issue, and Philippe was right to say that there was no solution that would end climate change overnight. However, he was wrong when he said that there was no other alternative other than applying an unfair fuel tax. When we consider global climate change policies, we must consider the unequal distribution of wealth before establishing a “universal” tax that will target disadvantaged socioeconomic classes. Carbon taxes cannot be an effective solution to climate change because they inherently disadvantage and harm lower-classes and developing nations, while leaving prosperous people and nations relatively advantaged and unharmed. A real solution to the global climate change crisis involves developed nations aiding the process of creating a more eco-friendly and financially fair world.

Carlos Bejar-Garcia is a Staff Writer for the Harvard International Review. He is an economics concentrator at Harvard University.