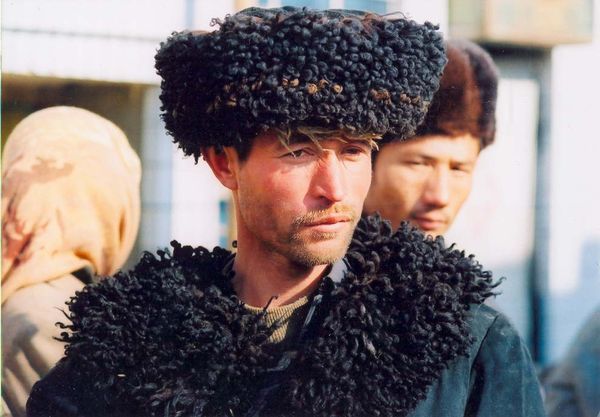 Censorship has always been an issue of great controversy in China, affecting the rest of the world’s perception of China. Because China censors its citizens’ technology usage, it can specifically control the image of China that is portrayed to the world, limiting citizens’ opportunities to paint the country in any negative light or expose its secrets. One specific instance of this recently is the coverage of the Muslim detainee camps in China. Censorship of citizens and limited media access has affected the amount of information that available about Muslim detainee camps, significantly affecting the public’s perception and reception of the camps.

Chinese censorship began long before the internet, but it became particularly relevant when the internet was created. After the creation of the web, China created what is commonly referred to as “the Great Firewall,” a firewall censoring certain topics on the internet in China, even as simple as democracy. What exactly “the Great Firewall” censors is very vague. According to the Chinese government, it censors any topic that is deemed capable of “upsetting the peace in China.”

Although censorship is unpopular in most other countries, Chinese citizens appear to be very supportive of censorship, and specifically censorship by the government. In fact, about 80 percent of Chinese people believe the internet should be managed or restricted; 85 percent think the government should be responsible for doing it. Censorship has persisted for several decades in China because of its widespread support on both the parts of the government and citizens.

The Formation of Muslim Detainee Camps

On October 9, 2018, China revised a law to legalize “vocational education training centers” to “carry out anti-extremist ideological organization.” Just one month prior, China denied the existence of these camps. After several violent attacks in the region, the Chinese government has been trying to increase its grip on the Xinjiang region of China, where many of the people are Uyghur Muslims. The Chinese are trying to increase their control because they believe that the Uyghurs were leading the attacks because they wanted to separate from China and form their own country.

Censorship of the Muslim Detainee Camps

The Muslim detainee camps in China have been shrouded in secrecy since their official acknowledgement. Only a few organizations have been allowed inside these camps, and only with strict monitoring from Chinese and camp officials. When NBC News visited, they were allowed to interview Muslims currently living in the camp. Most individuals said that they had been brought to the camp because they were lacking patriotism, and they seemed to believe that they should be reeducated in the camps. However, every interview was done with Chinese and camp officials present, so it is impossible to know if the information the interviewees said was swayed by that presence.

When BBC News visited the camp, they noticed via satellite that the security was significantly reduced around the camp in the days prior to their visit. During their actual visit, they found it very hard to discern what was real and what was propaganda and staged by the officials specifically for the visit. The interviews BBC conducted were also in the presence of Chinese and camp officials, and the interviewees were visibly nervous. It also seemed that the people who were selected for the interview were intentionally selected by the officials to convey a particular narrative of willingness to be in the camp. There were clearly staged cultural displays, such as dancing and music, where every participant had a smile plastered to their face.

The Effect of Censorship on the Coverage of the Camps

This lack of unbiased coverage and portrayal of the Muslim detainee camps is significantly affecting the rest of the world’s reaction to the camps. It is impossible to currently know what is actually occurring. The only narrative not portrayed by the Chinese government itself is that of former members of the camp, who tell horrors of their time or their family members’ experiences in the camp. The Chinese government refutes the claims these individuals make.

One thing is very clear: one of the only “factually” supported narratives of the camp is that portrayed and relayed to media outlets by the Chinese government. It is impossible to know if what the news outlets see is actually what happens in the camps with the current level of censorship in China. And the fact that this is the only narrative of Muslim detainee camps and their legality inherently creates a biased perspective and coverage of the camps. Because the other narratives are backed up with the testimony of former detainees at the camps, rather than video evidence, they are less believable than the narratives that China allows media outlets like NBC and BBC to portray when it limits, monitors, and stages access to and coverage of the camps.

The absence of facts supporting most of these narratives, other than what the news outlets see when they enter the camps, leads to a decreased sense of urgency from other countries in bringing an end to the camps. If one believes the narrative that China paints, the camps do not seem to be infringing upon human rights. Because this narrative is the only factually supported narrative, it is much easier for Chinese citizens and the global community to believe it to be the reality of the camps, not the testimonials of former detainees. The Chinese censorship of Muslim detainee camps has undoubtedly affected the coverage of the camps, contributing to a narrowed and carefully curated perception of the camps. This incomplete perception leads to the general public’s ultimate reception, rather than rejection, of the camps.