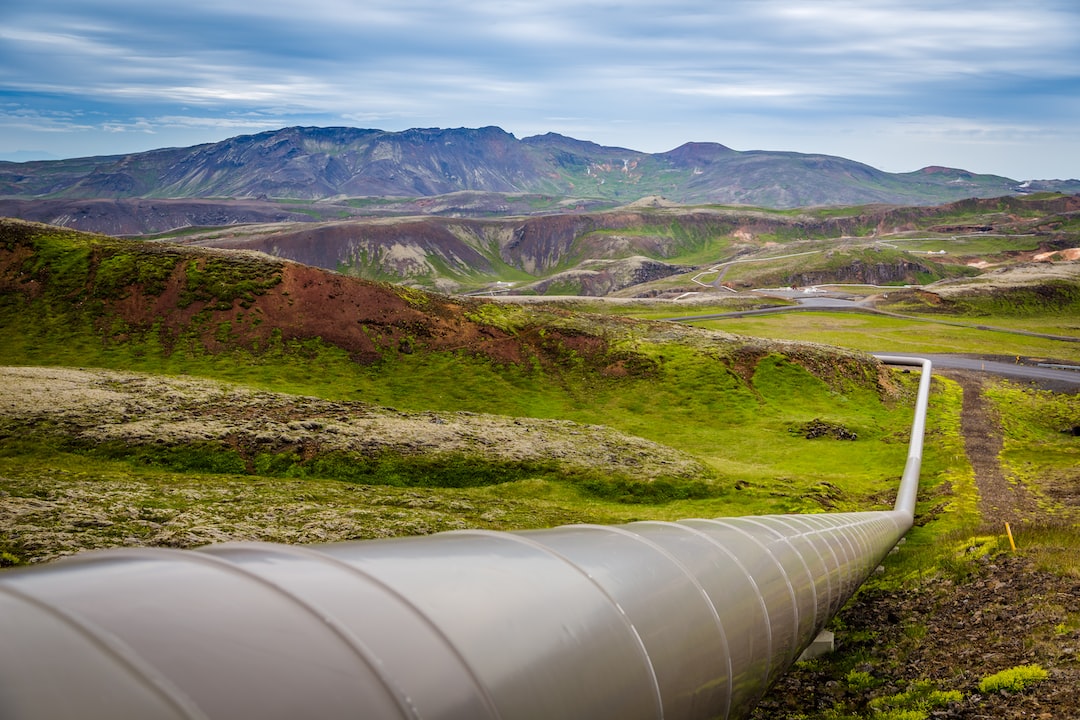 Benjamin L. Schmitt is the Former European Energy Security Advisor in the US Department of State. The opinions expressed are his own. You can follow him on Twitter at @BLSchmitt.

The Washington Nationals’ ubiquitous World Series victory slogan, “fight finished,” has been draped across every corner of the US capital for weeks. At the same time, a second, unfinished fight that for years has united lawmakers in both parties has hit a critical phase.

On October 30, officials at the Danish Energy Agency (DEA) issued a final construction permit for the deployment of the Kremlin-conceived Nord Stream 2 pipeline within Denmark’s exclusive economic zone (EEZ). The Danish permit should not be viewed as a tacit approval of the project’s merits. In fact, Danish officials have been public with their concerns about the pipeline’s negative impact—especially for Ukraine’s strategic stability—and resisted the project for years. Under the UN Convention of the Law of the Sea, Copenhagen lacked the legal authority to block the EEZ route, as it did when it effectively blocked Gazprom’s preferred route through Denmark’s territorial sea last Summer. Copenhagen’s principled leadership in support of European security—while facing Kremlin pressure aimed at undermining its own concerns about the pipeline—deserves much praise.

The Danish decision comes at a time when Congressional concerns about Russia’s malign influence entering the West continue to grab daily headlines. Simultaneously, otherwise divided American lawmakers continue to defend their bipartisan support for Ukraine in the face of Russian aggression. Let us hope this support holds: there is an urgent need for Congress to bolster Ukraine’s national security and push back on strategic Russian corruption by blunting the progress of Nord Stream 2.

The pipeline is supposed to allow the Kremlin to significantly reduce or end Russian natural gas shipments to European markets via Ukraine. Despite claims by Gazprom that the pipeline is aimed at bringing significant new gas volumes to Western Europe, the design of Nord Stream 2 and its planned onshore extension in Germany, EUGAL, betrays this narrative. EUGAL is principally directed Eastward toward the Czech Republic, en route to OMV’s gas distribution hub at Baumgarten, Austria, the de facto end of the current Ukrainian gas transit route from Russia to Europe. Under 20 percent of the project’s capacity is actually allocated for direct delivery westward, while the remaining majority is aimed at replacing volumes currently transiting Ukraine.

If the pipeline is completed, loss of shipments via the Ukrainian system would hurt Kyiv’s economic and national security interests. Ukraine would lose both transit revenues and some of its already undermined security. Without Russia’s dependence on the Ukrainian gas transit system for delivery of its gas to Europe—some of which is in close physical proximity to the fighting in Eastern Ukraine—there would be one less check on Moscow’s aggressive behavior in the Donbas or elsewhere in Ukraine.

It is important to note how the Nord Stream 2 project is not just a business proposition. A the time of Nord Stream 2’s announcement in 2015, several of the European then-shareholders—notably, OMV and BASF/Wintershall—signed lucrative asset swap agreements with Gazprom for gas production rights in the Russian Federation, which had been briefly put on hold following Russia’s illegal annexation of Crimea and aggression in Eastern Ukraine. For Moscow, a hard-hitting 2018 Sberbank analysis revealed that Gazprom’s investment in projects like Nord Stream 2 are in fact significantly “value destructive” for its shareholders. Instead of normal commerciality, the projects are used as a means of enriching contractors with close ties to Russian president Vladimir Putin, including companies controlled by Russian oligarchs already targeted under the US sanctions program, such as Gennady Timchenko and Arkady Rotenberg.

Moscow’s use of geopolitical projects like Nord Stream 2 as a means of channeling benefits to favored Russian oligarchs is not limited to domestic allies of Mr. Putin. Notoriously, former German Chancellor Gerhard Schröder advocated for the first Nord Stream pipeline while in office and was appointed Chairman of Nord Stream AG shortly after leaving. Since then, he has become one of Putin’s most effective Trojan horses in Europe. Just last summer, the list of “Schröderized” officials got a bit longer. Former Austrian Chancellor Christian Kern, who penned a strong letter coauthored by then-German Foreign Minister Sigmar Gabriel decrying the 2017 Countering America’s Adversaries through Sanctions Act (CAATSA), was apparently rewarded with an appointment to the board of Kremlin-controlled Russian Railways.

Imagine if George W. Bush or Barack Obama were currently working on behalf of China’s Huawei. This wouldn’t just be a major political story in Washington, it would be the only story. Sadly, the electorate in some Western European nations seems to have accepted the Schröderized status quo, and therefore there is little political motivation for former senior officials to resist becoming well-compensated conduits of Russian malign influence. Not to mention the lack of concern that the current CEO of the pipeline is none other than Putin-confidant and ex-Stasi officer, Matthias Warnig.

So what can be done to stop the physical embodiment of Russia’s hybrid influence campaign against Western cohesion? A US-EU double-play. First, Congress can enact the targeted sanctions bills already passed on a nearly unanimous basis by both the House Foreign Affairs Committee and Senate Foreign Relations Committee to stop the project for the foreseeable future. Passage of the Protecting Europe’s Energy Security Act of 2019 will pause the construction of Nord Stream 2 by imposing mandatory sanctions on entities involved in laying deep sea pipe for the construction of Nord Stream. Many have viewed this approach as a more sensible option, aimed at depriving the project of specialized services and technologies needed to complete the pipeline while avoiding a broader diplomatic outcry that could result from a larger sectoral energy sanctions approach. Congress can help by encouraging the US Department of the Treasury’s Office of Foreign Assets Control to make this law implementable, including by making it clear that the United States will not sanction European companies for providing services related to cleanup in the event of environmental disaster.

It is important to recognize that this bill, if enacted, could make financial institutions, insurance companies, and any number of other Western professional service providers essential to the success of Nord Stream 2 reassess, scale back, or end their participation in the project. The compliance burden would be significant, and not necessarily within the risk tolerance of major western companies. It appears improbable that the project could easily backfill the specialized vessels and technologies needed to complete the pipeline, as Germany’s Der Spiegel pointed out this week when it coldly stated that should these targeted Congressional sanctions be enacted “the Nord Stream 2 project would be dead.”

Second, Congressional action to halt the construction of Nord Stream 2 would allow Europe’s own legal regimes to catch up to the breakneck pace of Russia’s development of the project. The September 2019 OPAL pipeline decision was groundbreaking in that it provided a tangible legal decision that called for increased European solidarity in assessing the negative energy security impacts of that project (which is the onshore extension of Nord Stream 1) on other EU Member States. The 2019 update to the EU Gas Directive attempts to ensure application of EU law to Nord Stream 2 should it come online. Unsurprisingly, Gazprom is currently challenging EU law in Brussels’ courts, as its monopolistic business model would be subject to EU market liberalization laws, especially provisions mandating ownership unbundling and third party access. The Gas Directive is key to weakening the impact of Nord Stream 2 should Gazprom ever be able to find vessel technologies in order to complete the project. This is because Article 11 of the Gas Directive requires the National Regulatory Authority of the host Member State for a given project (in this case Germany’s Bundesnetzagentur) to withhold certification for a given project if it harms the security of supply for other Member States or the EU as a whole. The precedent the OPAL decision sets makes it difficult for the Bundesnetzagentur to certify a project that is so clearly harmful to the energy security of the EU.

Opposition to Nord Stream 2 is one of the lone areas of foreign policy continuity over the last several turbulent years in Washington. Obama and Trump, Biden and Pence, and Kerry and Pompeo have all condemned the pipeline. They are not alone—since 2015, most nations on both sides of the Atlantic have expressed concerns or opposition to the project. Not just countries along NATO’s Eastern Flank, but many others like Canada, the United Kingdom, Sweden, and Denmark. Notably, key forces in the European Union also oppose the project—the European Parliament passed a resolution by overwhelming majority in December 2018 calling for the project’s cancellation while incoming European Commission Vice President Margret Vestager has already called the pipeline “not a project of common interest.” Washington must act soon; in this era of isolationism, future generations should be able to look back and read about the United States protecting Ukraine and standing with our Allies.