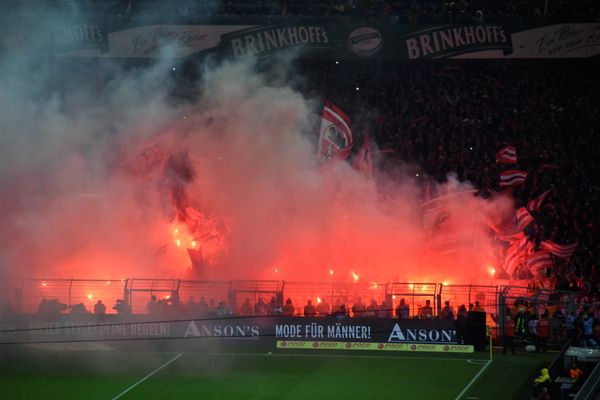 Fanaticism and the "Ultras" Movement: How Far Will You Go to Support Your Team?

Violence erupting in the stands between rival supporters. Skin-headed neo-nazis clad in black. Frenzied fans lighting iridescent flares that engulf entire soccer fields in smoke. The ferocious intonation of drums galvanizing players and teams. These are but a handful of the images frequently associated with the transnational Ultras movement of global soccer fans. But do they tell the whole story? Have these “hooligans” and their fanaticism been misunderstood? This politicized social phenomenon cannot be confined to meek and dismissive outsider analysis. The Ultras constitute much more than a sum of their (often unsavory) parts.

An Italian Movement with a Right-Wing Twist

There is little consensus on when the Ultras were first recognized by the international community. Although the “Torcida Split” fan group of the Croatian club Hajduk Split is generally considered to be the first organized Ultras, the movement actually first gained popular support in Italy, where Ultras rose to prominence during the late 1950s and early 60s. Globally, the objective of the Ultras is to foster an intimidating atmosphere for the opposition while motivating their own team to victory. In Italy, the first iteration of Ultras’ raucous behavior occurred in 1959 during a fiery Napoli-Bologna match, culminating in fans forcefully storming the field—an event that left 65 people injured.

These early instances, though violent, lacked the cohesion and ideological vitriol now synonymous with the Ultra movement. In Italy in the early 1970s, youth mobilization sparked greater coordination for the nascent Ultras as large sectors of Italian society began practicing sociopolitical insubordination. The Ultras carried out their perverse hostilities against authority of all forms, with soccer stands becoming the preferred arena for this explosive self-expression. Student protests similarly sprang up across the country as radicalized youth challenged the church, Communist Party, and traditional family structure in Italy, rallying around the cry “I want to be an orphan.” Right-wing terrorism also gained a foothold, converging around a “strategy of tension” that attempted to undermine previous years’ labor advances and encourage a fascist coup.

Hardcore soccer fans’ violence and political outcry reached an apex in the early 1980s, spurred, in part, by groups’ continued adherence to a cult of masculine aggression and thuggishness, quasi-military organization, and increasing obsession with neo-fascist doctrines. For example, in one 1988 match between Ascoli and Inter-Milan, hard-core fans of the latter beat Ascoli supporter Nazareno Filippini to death. Increasing security and surveillance in soccer stadiums further prompted the polarization of supporter groups that had previously co-existed. Then, as the fascist revival in Italy began in earnest during the early 1990s, Ultras groups increasingly opted for their banners to bear common neo-fascist insignias and mottos. In Italy today, racist pronouncements and incidents from Ultras are not isolated but incessant; Lazio Ultras, the fanatic subset of Lazio fans, use Anne Frank stickers to wish death on their Roma opponents, and other Ultra groups frequently use “Jew” as an insult on stadium banners. Fascist and Nazi symbols are ubiquitous every Sunday when Ultras attend soccer games, proudly displaying swastikas, the Wehrmacht eagle, celtic crosses, and straight-arm salutes.

The Ultras may represent an extreme symptom of underlying fascist ideologies in Italy. These ideologies have been assiduously rejuvenated over the last quarter-century, perhaps explaining, in part, the exponential increase in national hate crimes in Italy. Although 557 race-related incidents were reported in 2017, the Italian government does not currently maintain an official database or independent monitoring body for hate crimes.

Indeed, many Ultras groups have repeatedly attacked the notion of the “violence monopoly”—the idea that violence can only be invoked in specific cases and under precise rules. For Italian soccer, the ever-present threat of violent escalation has fomented a steady plummet in match attendance in the Italian Serie A league, with fan totals reaching less than 60 percent capacity, compared to numbers greater than 90 percent across Europe.

But the Ultras have not restricted their anti-status quo movement to internal soccer rivalries alone. Italian Ultras groups have frequently put their rooting interests to the side to resist perceived persecution and repression by the State. For example, in the early 2000s, the Ultras of clubs Roma and Lazio asserted hard-line political stances, opposing American hegemony and militarism abroad; they expressed specific critiques of America’s construction of military bases in Italy and participation in the Iraq war.

The Ultras and Activism

While the Italian case is particularly notable given its overt right-wing predilections, not all Ultras are bastions of fascism. The Turkish club Beşiktaş’ “Çarşı” stands as a significant counterpoint to the racist stances of Italian cohorts. While the Çarşı began, much like other Ultras groups, as a cohesive support network for Beşiktaş fans in Turkey, its sway now extends far beyond the realm of soccer fanaticism, asserting its positions on political issues as a powerful, mobilizing coalition. Inspired by the Leftist politics of their former leader Optik Başkan, or the “Last Hooligan,” who passed away in 2007, the Çarşı harnesses the power of working-class and younger student groups to propel their radical political views. Notably, in 2013, when Turkish President Erdoğan’s increasingly authoritarian administration resolved to turn Istanbul’s Gezi Park—a hallmark of free, unencumbered discourse, democracy, and individual liberty—into an urban development project, the Çarşı put aside their trenchant rivalries with fellow clubs Galatasaray and Fenerbahçe, and their respective Ultras groups, creating a uniform resistance against Erdoğan’s repression.

The group’s name originates from a marketplace near Beşiktaş’ İnönü stadium, where all cultures and backgrounds gather in frenetic kinship to conduct their business. In 1982, the Çarşı sprang forth from a political system in turmoil following Turkey’s infamous military coup d’état in 1980, adopting their now-notorious iconography of the red ‘A’ of anarchism—a symbol reflective not of their support for a beloved team, but rather the Turkish working class’ resistance to an exceedingly overbearing government.

Ultras organizations like that of Beşiktaş offer structureless freedom and camaraderie for citizens to raise their collective, united voice against injustice in a manner unattainable outside of stadiums. Beyond the İnönü’s walls, tight governmental surveillance, control, and retaliation are the norm. In Turkey, these Ultras groups frequently consist of former social-democrats, leftists, and communists who were pushed out of mainstream political arenas and discourse by the right-wing regime. Though the Çarşı are renowned for their prominent role in the anti-Erdoğan protests of 2013, in one instance hijacking a bulldozer to fend off police water-cannon trucks, they have also been on the front-lines of mending Turkish-Armenian tensions, welcoming supporters of manifold backgrounds in the spirit of protecting the oppressed everywhere. Thus, the Çarşı and other groups have played a critical role in catalyzing leftist politics in Turkey when dissident voices are few and far between. However, they do not identify their stance with any one political party, stating, “our stance is being Beşiktaşlı…[aiding] the ones who need their voices heard and [shifting] to a stronger democracy.”

The Çarşı have also taken an antagonistic stance against the horrific racist displays readily practiced—and tacitly permitted—across Europe against Black soccer players. For example, when the prolific Cameroonian striker Samuel Eto’o endured regular racist abuse at European clubs, Çarşı members painted and raised signs reading “Hepimiz Eto’o” or “We Are All Samuel Eto’o” in solidarity. This is but one display that places Çarşı and its Turkish peers at odds with the traditional politics assumed of soccer Ultras.

Nonetheless, Turkey does not hold a monopoly on social mobilization through the Ultras movement. In this regard, Moroccan soccer culture presents another divergent understanding of fan fanaticism. For over a decade, Ultras like the Gruppo Aquile or “Eagles Group,” who support the Raja Casablanca soccer club, have expressed their indignation with the Kingdom’s government over social issues, including the lack of assistance for the poor. As such, Moroccan Ultras—in their frequent police clashes—have come to symbolize the marginalization of youth and the unemployed, fostering a sub-culture based around protest anthems like Gruppo Aquile’s 2017 song “F’Bladi Delmouni” or “Oppressed in My Country,” whose lyrics ring with the disillusionment of a nation perpetually embroiled in inequality. The extent of the Ultras’ political sway came into full focus following a 2016 government ban on fans expressing support through signs, songs, or choreography after a fight among two Raja Casablanca Ultra groups, the Eagles and the Green Boys, which left two supporters dead. In response to the ban, the Moroccan Union of the Ultras, a cross-team national coalition, staged sit-ins in several cities while boycotting the season’s first four games and donning all black at the two subsequent matches. These displays sparked an ensuing period of dialogue that culminated in a complete repeal of the ban for the next season. The Kingdom could no longer ignore the Ultras’ potency.

Implications Outside of Soccer

For much of the world, soccer is the historical lifeblood of community, cultural and social values, and political expression. Understanding the multifaceted Ultras movement, from its genesis to present manifestations, may give insight into how sports fields have served as a forum for debates about power and violence under autocracy, the emerging arenas of social solidarity, and the revival of far-right nativism and xenophobia across the globe.

The fanaticism of the Ultra movement’s global participants supersedes the one-dimensional bounds of simple team support and rivalry. Although many Ultras groups owe their eminence to objectionable displays of racism and fascism, the majority seem to defy conventions of social mobilization, free expression, and cohesion across vast ideological and rooting divides. Moreover, considering the Ultras as a social movement allows one to rethink the construction of identity and exclusion through non-traditional mechanisms—that is, by looking at how and why people form political identities outside of sanctioned parties and associations. Each group should be viewed in its distinct historical, political, and social context and thus examined in terms of the hope it inspires, even in the jaws of government oppression and imminent dissolution. 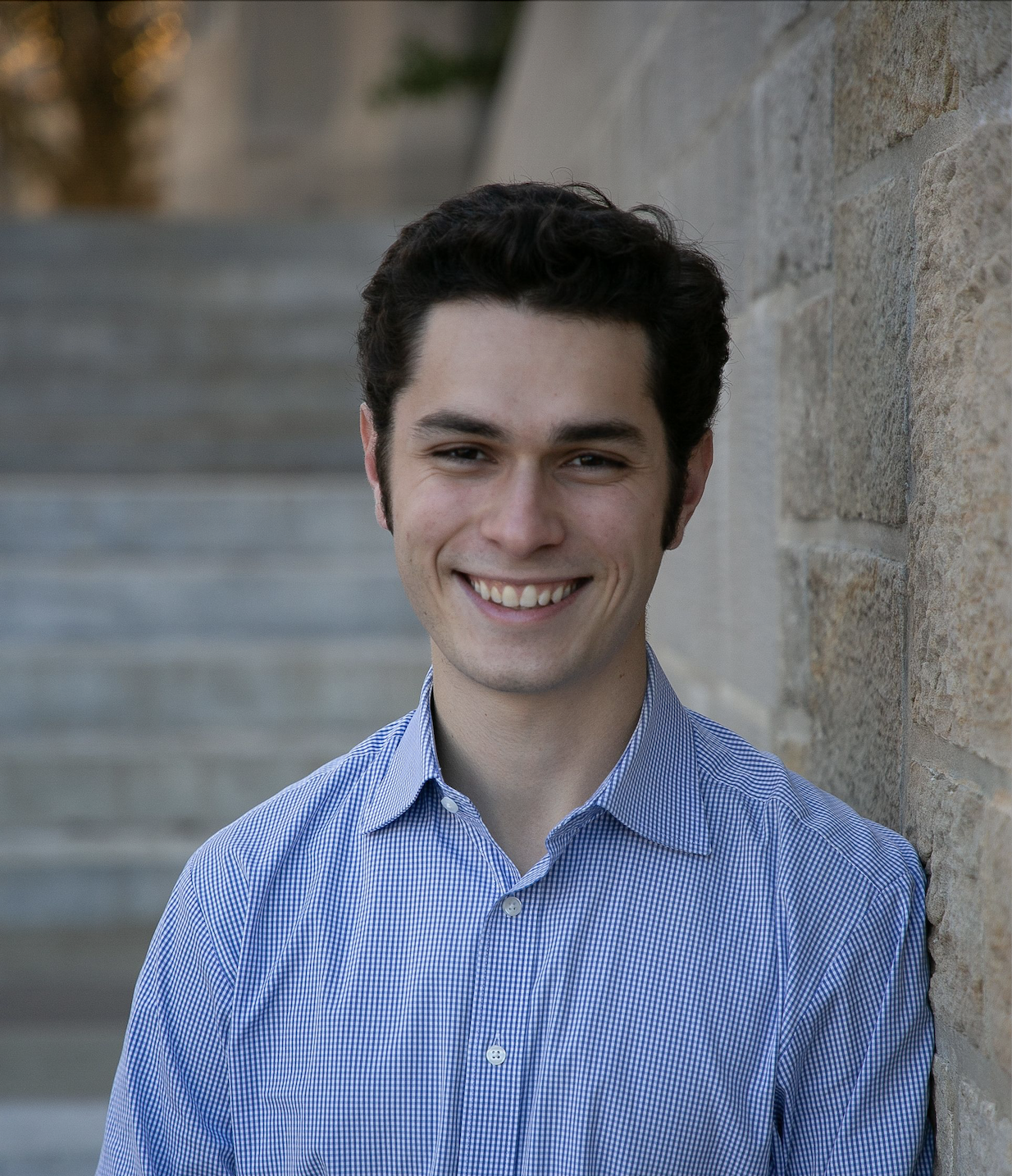 Nicolas Pantelick is a Senior Editor and staff writer for the HIR, studying Middle East politics and Government at Harvard. He is interested in international organizations, diplomacy, and development.