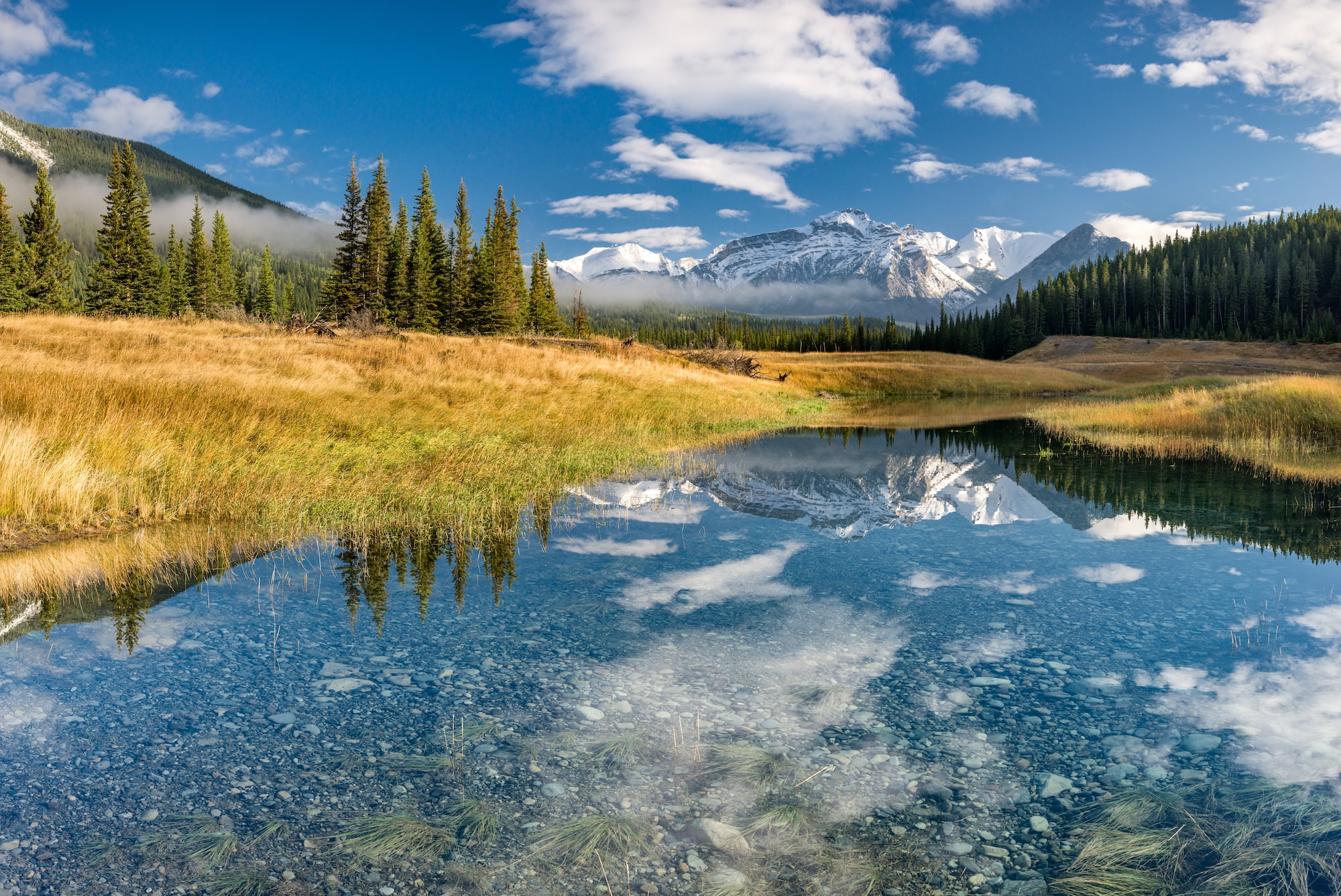 Reconciliation is a word most Canadians are probably quite familiar with by now. The Truth and Reconciliation Commission (TRC), established in 2007 as part of the Indian Residential Schools Settlement Agreement and active through 2015, was one of the first initiatives that brought reconciliation to the forefront of Canadian politics. The TRC defined reconciliation as a process “about establishing and maintaining a mutually respectful relationship between Aboriginal and non-Aboriginal peoples in this country,” with the term Aboriginal designating the First Nations, Inuit, and Métis officially recognized as Indigenous to Canada. This reconciliation is needed to address the legacy of Canada’s residential schools system, where Indigenous children were forcibly sent as part of a program of cultural assimilation and genocide. This legacy of trauma, abuse, and death has yet to be fully reckoned with, and part of the TRC’s mission was to facilitate the reconciliation between residential school survivors, their communities, and the rest of the Canadian public and its government.

Six years later, reconciliation has entered the everyday vocabulary of public servants, private citizens, and multinational corporations alike. However, understanding and commitment to reconciliation is often lacking, especially when it is used as a selling point for corporate projects rather than a fundamental guiding value. One worrying example of this has been the association of reconciliation with fossil fuel exploitation in Canada. The Trans Mountain Pipeline and Elk Valley coal operation have been two notable examples, where the potential involvement of indigenous First Nations, Métis, and Inuit groups as consultants and equity stakeholders in fossil fuel projects has become a strategy used to circumvent questions about sustainability and responsibility, a conversation that is once again resurfacing with the proposed Grassy Mountain Coal Project in Alberta.

Benga Mining Ltd., a subsidiary of the Australian coal company Riversdale Resources, is seeking to develop a 1,500 hectare open pit mine on top of Grassy Mountain. This operation would effectively decapitate the mountain, splitting apart the rock in order to haul away the coal. Although the surrounding community of Crowsnest Pass was historically dependent on coal, the last mine had closed in 1983, leading community members to speak of this planned coal revival as “backwards and begging for failure” and “the wrong development, in the wrong location, in the wrong century.” Indeed, since its coal mining heyday, the areas surrounding Grassy Mountain have seen more economic activity in recreation and tourism, attracting tourists, retirees, and families with its scenery. These relatively newer industries are now threatened by the incursion of multiple mining projects, with Benga’s Grassy Mountain proposal but one of many vying for governmental approval.

The Politics of Coal

Given that the coal mining industry had been effectively dormant in the region for over three decades, why the sudden resurgence? Fingers point squarely at the current provincial government, which in May 2020 abruptly rescinded the 1976 Coal Development Policy that effectively prohibited coal mining in the eastern Rockies. The reversal of this long-standing policy was alarmingly made without any prior public consultation, calling into question the integrity of the democratic process on a matter of such importance. Although the government reinstituted the 1976 policy in February 2021 while awaiting public consultation on a potential new coal policy, much of the damage was done; leases issued on previously protected lands during the interim period remain valid and entail significant costs to the government if cancelled. Furthermore, the ban on mountaintop removal has been narrowed to a specific category of protected land that excludes Grassy Mountain, leaving Benga Mining’s project unimpeded, at least at the provincial level.

Likewise, this disturbing lack of democratic process and community values plague Benga’s own consultation process with the communities that will be directly affected by this mining operation. Despite characterizing local community organizations and First Nations as “hurdles” to getting approval for their open pit mines, Benga executives appear to have obtained the full support of the latter. Their website proudly claims to have obtained support from all First Nations with treaty rights in the area (Treaty 7): the Siksika (Blackfoot), Kainai (Blood), Piikani (Peigan), Stoney-Nakoda, and Tsuut’ina (Sarcee). Their website also includes letters of support (of which three are nearly identical) from the Métis Nation of Alberta Region 3 and the National Coalition of Chiefs, lending the appearance of unanimous local support for the resumption of coal mining activities.

Closer inspection reveals this support to be more of a constructed facade for the pursuit of a multi-million dollar mining project rather than a solid foundation. Benga appears to have limited its conversations to select leaders instead of inviting widespread participation, as community members of the Siksika, Kainai, and Piikani First Nations report that no public consultations were held. The ground for this cooperation becomes even more tenuous with a proper examination of the economic benefits Benga has promised to bring into the region as part of their pitch for reconciliation through enrichment.

The limited public appeal Benga’s project holds hinges completely on its potential to provide employment, tax revenues, and direct investment for local communities. However, the province of Alberta extracts only a 1 percent royalty on coal, while Australia takes a 7 percent royalty. Compared to the dramatic increase in healthcare costs in other communities close to similar mining operations, this royalty could quickly disappear into a large deficit, not to mention the irreversible damage done to communities and the environment. Moreover, royalties and general income taxes only begin to be paid after the mining operation turns a profit. With the probable overestimation of future coal prices and dramatic underestimation of environmental mitigation costs in Benga’s financial feasibility report, this is likely to happen much later in the project’s 25-year lifespan and in smaller quantities than predicted, drastically reducing the financial attractiveness for the public.

Many of the agreements Benga has secured with local First Nations depend upon the responsible mitigation of environmental damage, a promise that many fossil fuel companies have made before but few have successfully upheld. One very pertinent example is that of Teck Coal, which ran a coal mining operation in nearby Elk Valley, British Columbia. Teck Coal recently set the record for the largest fine ever administered under the Fisheries Act at 60 million Canadian dollars (US$48.1 million) as punishment for their negligent contamination of local waterways. The waste rock which they had failed to safely dispose of leached selenium and calcite into the Fording River, causing local fish populations to collapse and polluting a vital source of potable water for the Ktunaxa Nation, a First Nation which holds traditional territory in the area.

The experience of the Ktunaxa Nation is particularly relevant because some of the mitigatory measures and technology advertised by Benga are the same as those used by Teck in the past. The Ktunaxa Nation Council (KNC) formally submitted a statement to the Joint Review Panel for Benga's Grassy Mountain Coal Project, a joint federal and provincial committee tasked with overseeing the project’s environmental impact assessment, stating that they found Benga’s mitigation measures to be inadequate “in several areas'' and urging the Joint Review Panel to force Benga to bolster its commitments. The KNC submission also notes that even though they were not included in Benga’s list of Indigenous partners for this project, they have a well-documented history of use and occupation in Crowsnest Pass and consider parts of it their traditional territory. Importantly, unlike the Treaty 7 First Nations, the Ktunaxa Nation never signed a treaty with the Canadian government transferring their territorial rights, making portions of Crowsnest Pass unceded territory over which the Ktunaxa have legal rights.

The Elk Valley mining operation is also a useful example when it comes to the actual economic growth mining brings to local communities. Benga forecasts creating 120 construction jobs and 400 permanent mining jobs with the Grassy Mountain Coal Project, which would create demand for local service industries and provide tax income for community improvement. These projected positive effects are argued as outweighing the real and proven detrimental environmental and health effects, appealing to the desperation of communities that have sunk into economic recession and negative growth. However, a study conducted on the Elk Valley operation revealed that only 18 percent of the coal mine’s 4,457 employees lived in the closest major community. This means that, although the communities closest to the mines suffer the brunt of the adverse environmental and health effects associated with coal mining, they do not see much of the financial reward. Instead, most mining workers take their high-paying salaries and contribute their earnings towards the improvement of other communities.

Aside from the purported economic benefits Benga claims the Grassy Mountain Coal Project will bring, one of the hallmarks of their pitch is their “partnership” with First Nations and Métis communities. But what does this partnership really look like? As previously covered, grassroots community participation was ignored in favor of closed-door talks with select leaders, and the Ktunaxa Nation, which had crucial previous experience dealing with coal mining projects and their consequences, were completely left out. What is perhaps most revelatory about the nature of Benga’s partnership with Indigenous communities is that, according to their own final argument document, after a First Nations representative spoke of conditions being developed as part of an agreement with Benga during a public hearing, the Benga representative then wrote a letter to the panel clarifying that they “were not seeking that the [Joint Review] Panel implement these conditions.” Instead, the conditions were to be developed in continued consultation between Benga and First Nations, without the oversight of any formal legal authority.

Benga’s deliberate avoidance of a legally binding panel ruling points to their desire to preserve an unequal power dynamic with these communities. Due to the ongoing evolution of Indigenous land rights in Canada, any future disputes over the establishment and satisfactory fulfillment of conditions would likely be subject to lengthy and costly litigation. A clear panel ruling prior to the start of the project would eliminate much of this ambiguity, but it would render obsolete the resource advantage Benga holds in the event of a lengthy court case. Seen in this light, Benga’s bid for reconciliation through mutual economic benefit looks more like the exploitation of an unequal power relationship.

It is also important to interrogate what reconciliation really means and whether unsustainable environmental exploitation can ever make sense as a path towards reconciliation. Importantly, the TRC stated that reconciliation must be achieved through an “awareness of the past, an acknowledgement of the harm that has been inflicted, atonement for the cases, and action to change behavior.” So far, Benga has failed to uphold virtually all of these criteria, as the continued pursuit of coal mining ignores the terrible harm that has been inflicted in the past and shows little action to change behavior.

Ultimately, reconciliation is incompatible with unsustainable environmental exploitation, and this new trend in trying to push through fossil fuel projects, from mines to pipelines, sidesteps the Canadian government’s central role and responsibility to atone for past injustices. Rather than having private corporations offer economic opportunities that cost communities their health and cause irreversible environmental damage, the government should be providing reparations, investment, and sustainable economic opportunities to First Nations, Inuit, and Métis. Social justice cannot be achieved through environmental injustice, and it is time that Canada’s fiscal policy reflected a genuine commitment to reconciliation.

Melinda is a Senior Editor, Copy Editor, and Staff Writer for the HIR. She is interested in human rights and international law, and has written extensively on the topic of Canadian politics.