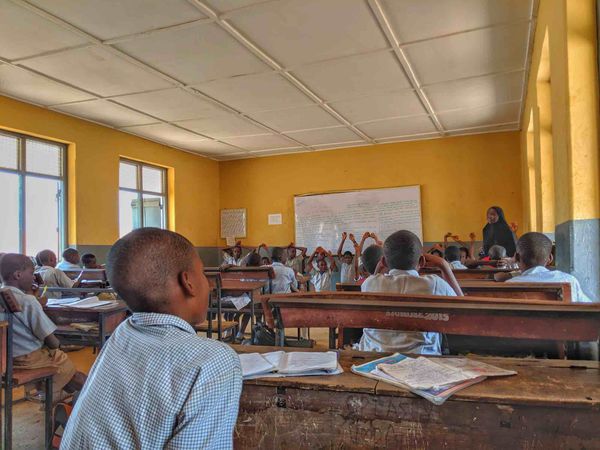 Education plays a critical role in ending poverty. For example, the winners of the Nobel Memorial Prize in Economic Sciences in 2019 Abhijit Banerjee and Esther Duflo found that schooling increases earnings relatively linearly, in that each additional year of primary education adds about eight percent to earnings for a child: over the standard six years of primary schooling, income would increase for a child by about 50 percent. These gains are especially important in sub-Saharan Africa, which has the highest out-of-school rates for all ages; 33 million of the 61 million global out-of-school children live in the region.

Despite the large benefits of widespread increased education, the logistics of education can be difficult. In an analysis of seven African countries, United Nations Children's Fund (UNICEF) found that on the average school day, a fourth to a half of the teachers are absent, which results in a wasted school day for the students who do attend and lowers the actual effects of going to school. Moreover, barriers in attending school, such as fees, traveling time, and child morbidity, prevent out-of-school rates from decreasing.

However, these roadblocks are not insurmountable. Online education has been on the rise in sub-Saharan Africa due to it being a cost-effective alternative to formal education as well as a way to widen educational opportunity. Already, this transition is being felt in the higher education category. Africa’s public universities are wrestling with expanding capacity without sacrificing quality which has allowed online-based institutions such as Unicaf, a pan-African university, to assert itself in the education system. Unicaf provides every student with a tablet and downloadable, offline course materials. A similar program in India, the Indira Gandhi National Open University, educates over three million students. In light of these case studies, online education could serve as a powerful tool for poverty reduction.

The most important determinant of primary school enrollment is proximity.

Travel time
In their book, Improving Primary Education in Developing Countries, the World Bank describes how the most important determinant of primary school enrollment is proximity.The most important determinant of primary school enrollment is proximity. This insight has also been corroborated by the Jameel Poverty Action Lab’s (JPAL) studies, which have shown that creating local schools resulted in very large gains in enrollment as many areas with low enrollment rates are remote and affected by conflict. At the moment, 27 percent of school-age children in sub-Saharan Africa live more than two kilometers away from the nearest school, and the World Bank estimates that if these distances were reduced to less than two kilometers, their enrollment rates would rise by 15 percentage points. Clearly, the virtual aspect of online education would remove this issue of travel time and locality.

School fees and other costs
As an alternative to tax-based funding of education, a number of sub-Saharan African countries implemented school fees. However, they paid insufficient attention to the effect of these fees on access to education for the poor, which led to decreased primary school enrollment, especially among the poorest and most vulnerable children. In fact, a randomized controlled trial by Innovations for Poverty Action showed that students whose school fees were removed were 55 percent more likely to complete secondary school. Similarly, JPAL revealed that even reducing other schooling costs such as by providing free school uniforms or school meals also had positive impacts on attendance. Comparing the costs of universities in sub-Saharan Africa, it is clear that online institutions clearly win this competition; Unicaf costs US$4,000 for a degree compared to the average of US$3,000 per year of traditional universities. This suggests that, at least at the college level, online education is a very viable way to minimize costs.

Labor Schedule
The UN Educational, Scientific, and Cultural Organization (UNESCO) reported that about a quarter of five to 14-year-olds in sub-Saharan Africa were engaged in child labor in 2004. These working children faced attendance disadvantages of about 30 percent to 67 percent. Moreover, because a majority of the child laborers are working on subsistence agricultural farming for the family, online classes would also facilitate the education of those who have to farm during the school day so they can take classes later in the evening. The UN Girls’ Education Initiative also describes how for young girls, sibling care is a major barrier to education. Considering the gender gaps between school completion—36 percent for girls and 42 percent for boys—in sub-Saharan Africa for lower secondary school, online education offers hope of leveling the playing field. By having the ability to enroll in online courses, young girls would be able to learn at their own pace and on their own hours rather than on a rigid school day schedule.

Despite these benefits, there are a number of logistical concerns with the feasibility of extensive online education in sub-Saharan Africa.

Internet Infrastructure
One of the primary concerns is Internet access: a fundamental part of online education is the online part of it. Sub-Saharan Africa has the lowest Internet penetration of any region in the world at just 40 percent. Moreover, the gaps between Internet usage varied with income, up to a 29 percentage point difference between high- and low-income earners in certain countries. Considering these lower Internet penetration rates, online education would be less suited to tackle the poorest of the poor, but could benefit those on the higher end of the poverty spectrum. However, these rates could change soon. A number of companies are working to bring universal Internet access across the globe. For instance, the US Federal Communications Commission recently approved aerospace company SpaceX to launch more than 4,000 satellites into space as part of their universal satellite Internet program Starlink. A number of other companies such as Amazon and Facebook are also pursuing these types of satellite Internet plans.

Overlooked Primary and Secondary Education
Unfortunately, most online education in sub-Saharan Africa is at the tertiary education level, but only about 9 percent of the population even enrolls in tertiary education. Truly tackling the barriers of education would involve increasing digital education opportunities for lower levels of education because that is where the most impact is needed.

Ultimately, online education is an increasingly-utilized, but still under-used tool for tackling a lack of educational attendance in sub-Saharan Africa for its benefits of no travel time, cheaper costs, and flexible hours. However, concerns such as the existing digital infrastructure, quality of schooling, and targeted student population suggest that it alone is not enough to drive a welfare revolution in sub-Saharan Africa.

A critical tool for tackling inequality in the 21st century.

Online education may not end poverty, but it is a leap towards the right direction, a critical tool for tackling inequality in the 21st century. 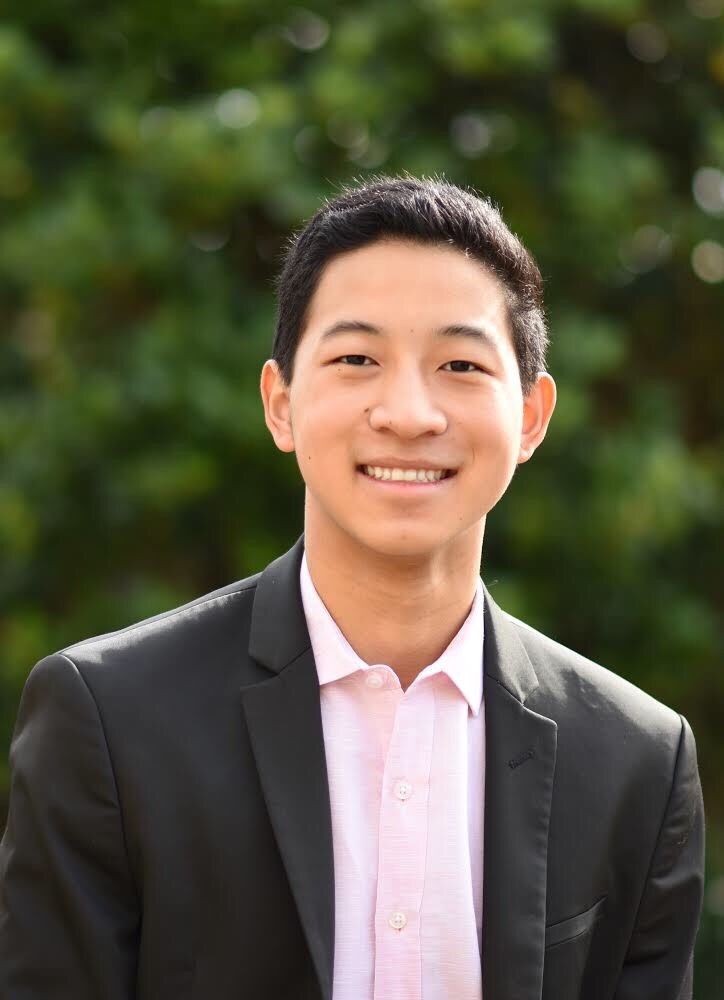