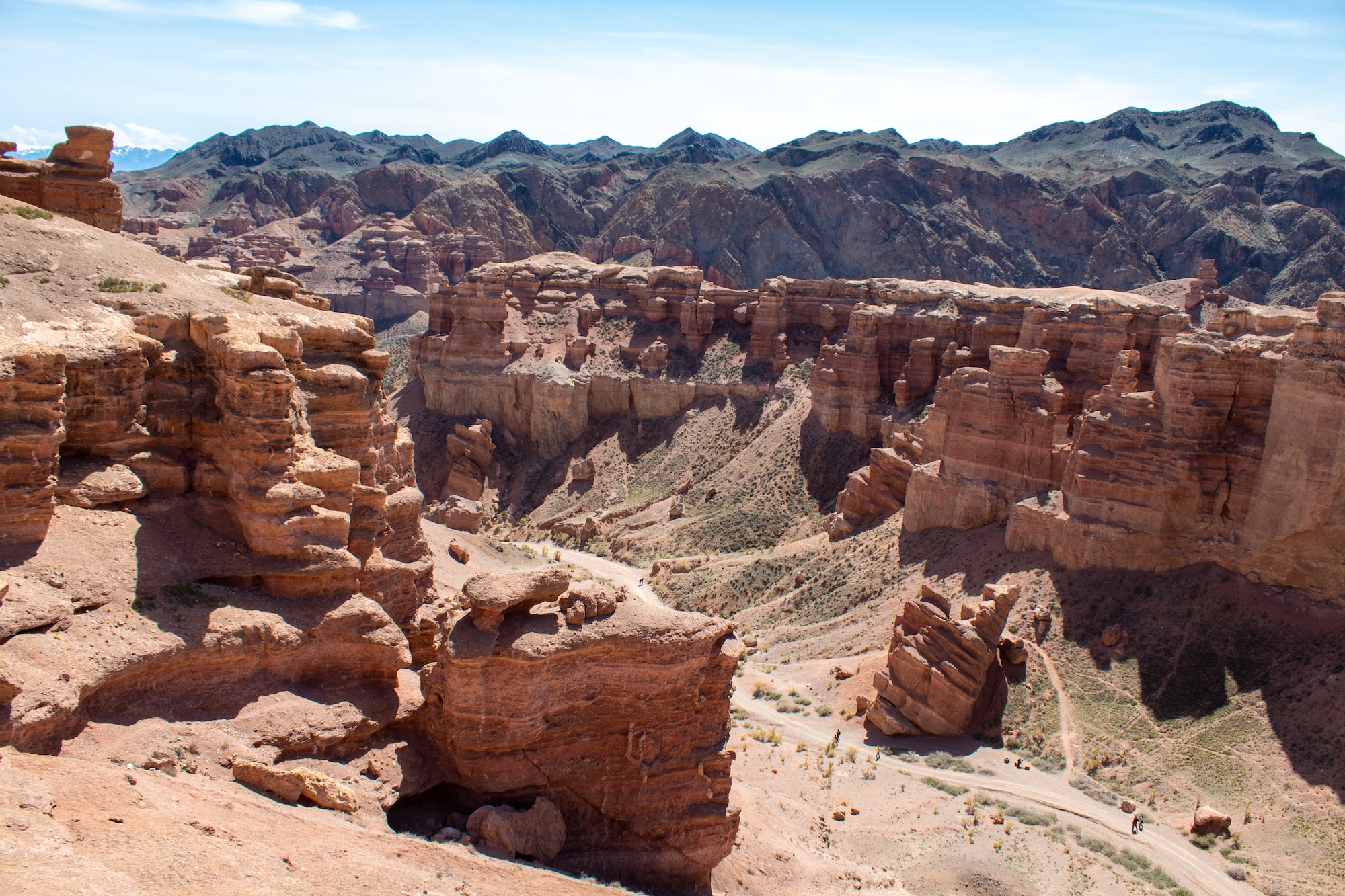 Nursultan Nazarbayev is one of the world’s longest-tenured dictators. He was recently reelected for his fifth term as the president of Kazakhstan, extending his 25-year reign that began in 1991 with the Central Asian country’s independence from the Soviet Union.

Throughout his reign, Nazarbayev has looked to establish tight control over state power to ensure his political longevity. In 2007, the parliament of Kazakhstan amended a constitutional law that allowed Nazarbayev to stand for reelection an unlimited number of times. However, the amendment only applied to the incumbent president himself — all future Kazakhstani presidents will be eligible for only two five-year terms in office. Moreover, Kazakhstani law makes it illegal to insult or deface the president; considering the administration’s loose interpretation of the law, this makes it effectively impossible for members of the opposition to explicitly or effectually criticize Nazarbayev’s policies without running the risk of persecution. While the early years of Nazarbayev’s second term did see some glimpses of tangible opposition, his regular crackdowns on dissent have largely limited the impact of opposition groups throughout his reign. Nazarbayev has ensured that only moderate opposition parties and allied parties remain.

Human Rights Watch and Amnesty International have spoken out consistently, decrying Kazakhstan’s appalling human rights record, and citing frequent torture, a lack of religious freedom, and media censorship as issues of major concern under Nazarbayev’s rule. The nadir of this authoritarian oppression occurred almost five years ago in western Kazakhstan, in a disastrous event that is commonly known as the Zhanaozen massacre.

In May 2011, several workers in the Zhanaozen oilfields went on strike to protest low wages and the government’s clampdown on labor rights and unions. The strikes continued into mid-December. On the 16th of that month – the nation’s independence day – a group of workers took to the streets to demand the right to form decentralized political opposition. Authorities responded with sheer brutality, clashing with protestors and opening fire on demonstrators. The crackdown resulted in the deaths of what is commonly estimated to be dozens of protestors, although the Kazakhstani government insists that only 11 lost their lives.

Yet, despite its authoritarian style, suppression of freedoms, and brutal treatment of opposition, Nazarbayev’s administration has enjoyed generally high levels of approval among Kazakhstani citizens. While these high approval ratings at least partially reflect citizens’ reticence to express their real opinions, Nazarbayev’s political permanency can be mostly explained by Kazakhstan’s economic boom during the last two decades. As the Kazakhstani economy became the most prosperous in the region, citizens seemed to be willing to relinquish many of their political freedoms for the promise of stability and economic affluence.

Built on oil exports, the Kazakhstani economy has established itself as the biggest economy in Central Asia in recent decades. From 2000 to 2008, average GDP growth stood at stellar levels of 10 percent per year. That incredible growth, coupled with Nazarbayev’s prioritization of international economic cooperation and the poor economic performance of Kazakhstan’s neighbors, meant that foreign direct investment into the nation surged, further stimulating economic activity and establishing Kazakhstan as the “engine of the Central Asian economy.” With per capita GDP climbing by almost 25 percent in the same period, an implicit social contract was established between Nazarbayev and the Kazakhstani people: they would accept his permanent, heavy-handed reign in exchange for continued economic success.

However, the last couple of years have placed strain on this pact. The recent steep fall in oil prices has heavily impacted the hydrocarbon-dependent Kazakhstani economy. A lack of economic diversification has magnified this problem. Astana was hit hard: GDP growth levels went from an average of around 12 percent in 2014 to a modest 2-3 percent in 2016, as an economic crisis loomed over the largest economy in Central Asia. Nazarbayev’s government had to revise its state budget, as government revenues were slashed by up to 40 percent. This was exacerbated by the government’s reluctance to unhinge its currency, the tenge, from the dollar at a time when the Russia — one of Kazakhstan’s chief trade partners — was seeing the ruble depreciate in value due to the effect of sanctions and low oil prices on the Russian economy. Eventually, Nazarbayev gave into the idea of a floating exchange rate system, though this also carries risks for the export industries his country is reliant on.

Aside from currency reform, Nazarbayev’s government has also implemented a stimulus package, along with some austerity measures. The government has allotted almost $US9 billion as part of a plan to diversify the economy away from hydrocarbon revenues and towards the manufacturing and service industries. The package also includes various investment incentives for foreign investors, as well as salary and pension increases to stimulate domestic demand through higher consumer confidence.

Despite Nazarbayev’s efforts to mitigate the effects of the crisis, popular grievances in Kazakhstan remain at unprecedented levels, as rising energy prices, low job security, and rising inflation disquiet average Kazakhstani citizens. A recently passed land reform bill made things even worse. The bill facilitates and liberalizes the process of selling land to foreign investors, a notion that has concerned many Kazakhstanis who fear that it would lead to major Chinese control over local farmland.

Signs of popular unrest and dissent are already appearing in the once prosperous and content country. Many protestors have been expressing their displeasure towards the economic reforms, complaining that Nazarabyev’s focus on foreign investment incentives comes at the expense of ordinary Kazakhstanis. Many citizens have seen their dollar-denominated mortgages spike as the tenge plummeted, and others have been evicted by local governments. Many activists are also using this opportunity to call for more freedoms, exhorting the president to pay greater attention to political reforms that have been largely ignored in favor of economic progress.

Although recent protests have been suppressed by authorities, the situation may not be as straightforward moving forward. One possibility is that, as economic conditions worsen, Nazarbayev’s political longevity may come into serious question, as people slowly gain the audacity to voice their dissent. While many foreign observers would like to see the president’s position come under serious pressure, the more realistic view maintains that the 76-year-old ruler still continues to enjoy a generally favorable approval rating as a consequence of Kazakhstan’s earlier economic prosperity. The more pressing issue, therefore, is what the transition period will look like when Nazarbayev’s reign finally comes to a close.

Will Nazarbayev look to hand power over to an heir from within his family? Or will Kazakhstan see structural changes that take power away from a political strongman? While Nazarbayev’s entourage will continue to hope and plan for the former outcome, the failing state of the Kazakhstani economy and historical political disenfranchisement of its people hints that proponents of the latter could prevail.