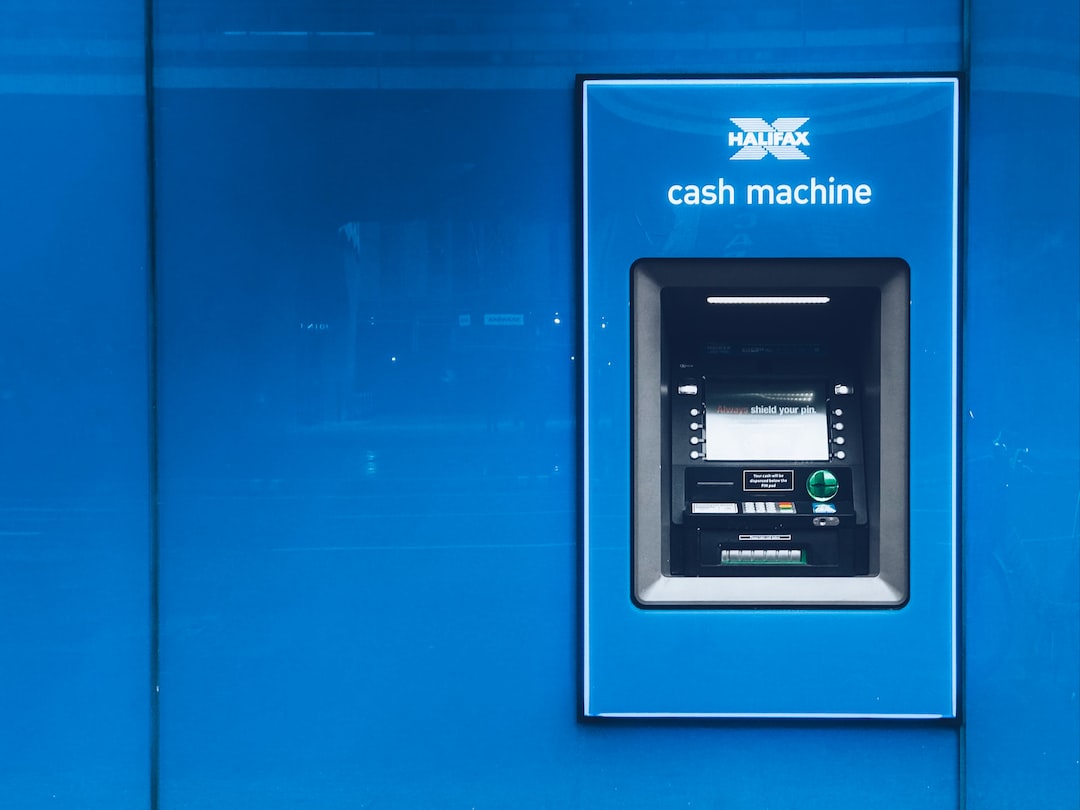 Don’t Cry for Me, Again: The Risk of a Ninth Argentine Default

Primary presidential elections in Argentina in August 2019 saw international coverage and plunging financial markets as then-President Mauricio Macri lost the primary election, and ultimately the general election, to the ticket of Alberto Fernández and Cristina Fernández de Kirchner. The drop in both the stock market and the exchange rate was the latest in a recession that started in the second quarter of 2018. After the election, inflation soared until it reached its highest levels since 1991 at the end of 2019. The new administration in Argentina has tried to blame the crisis almost entirely on Macri’s economic policy, claiming that Macri left the country in “virtual default,” where the new administration cannot pay its debt.

However, drought affecting the Argentine soy crop, increases in US interest rates, and economic trouble in Turkey all came at the wrong time for Macri’s desperate attempts to revitalize the economy, scaring away investors from emerging markets more broadly and hurting Argentina since it also falls in this group. Overspending has been the way of Argentine populism for decades, and Macri’s gradualismo approach to spending cuts, intended to placate the population and retain favor, was not enough for foreign lenders. The blame for the economic spiral of the past months cannot be pinned on any one person or administration. In fact, perhaps it is not economic trouble that stems from a repetitive cycle in government, but rather a populist government that consistently arises from a country trapped in a restrictive economic cycle.

Juan Perón’s address from the balcony of the presidential palace in 1945 marks the rise of Argentine populism, sparking a trend that has continued in the country since that time. A  charismatic leader promising benefits to the working class and advocating anti-United States and anti-British policy, he rose to power on the support of the laborer descamisados. The anti-elitist and anti-imperial stances he took are characteristic of populism, but the reforms that he initiated, like wage increases and financing public works, made him not just populist but popular. That is not to discount his authoritarian tendencies, though—his admiration for Mussolini was well known, and the restriction of constitutional freedoms and corruption within his administration were part of the motivators for the coup that ousted him.

However, time away emphasized his positive reforms and minimized the negatives of his administration, and so, in large part because of the ineffectual nature of the governments that followed him, he was welcomed back in 1972. The legacy that Perón created, especially after being clouded by time, left a population eager to relive a “golden age,” and a government willing to spend beyond its means to achieve it.

The economic context of Perón’s rise to power makes sense: after World War II, Argentina followed protectionist and inward-looking economic policies, which made it so foreign capital did not play as key a role in Argentina’s economy, and policies like import substitution cut off their economy. The Great Depression hit hard, leading to a dissatisfied population—another of the many factors contributing to the default in 1951. Finally, the government encouraged industrial growth during this period, which diverted investment from agriculture and led to a larger urban, working class population, creating the perfect conditions for leaders like Perón to gain popularity.

Legacy is also a huge part of what makes populism so prevalent in Argentina. Juan and Eva Perón were idolized when they were in power, but a resurgence of the popularity of the Peróns came in the context of repeated economic recessions in the 1970s and 1980s. During this time, their influence even spread beyond Argentine borders. The Andrew Lloyd Webber musical Evita, which included the hugely popular song Don’t Cry for Me, Argentina, premiered just four years after Juan Perón’s death in 1974, and after his death he left his third wife Isabel Perón in power because she represented that same legacy. As history shows in Argentina, charismatic figures represent hope during economic turmoil, creating populist dynasties.

The more recent case of Néstor Kirchner and Cristina Fernández de Kirchner gives another example of charismatic figures that Argentina has latched on to in its love affair with populism. Néstor was president from 2003 to 2007, and he stepped down and became First Gentleman for his wife Cristina, who was president from 2007 to 2015. They came to power after a period of incredible instability after failed capitalist reforms in the late 90s, and their administration was responsible for restructuring debt after the massive 2001 default.

The series of defaults in Argentina and the fiscal upheaval that led up to them often came just before the election of populist leaders, who often promised to help and give more to people who had been saddled with all the responsibility for huge amounts of spending that came before their time. Populism makes promises to the people, and in Argentina, the lack of funds has never stopped the government from spending on those promises. The current financial crisis in Argentina is one instance of this, and accompanies a repetitive political cycle that has been in motion since the election of Juan Perón.

Repetitive indeed, because a country that was richer than France, Germany, and Italy at the beginning of the 20th century has defaulted eight times since its independence from Spain in 1816. That the political and economic trends seem to be locked in the same cycle, repeating the same destructive pattern over and over again, is the tragedy of the Argentine economy.

Despite the fact that populism seems to be what Argentina turns to for relief when the people feel that the burden placed on them is unfair, the economic policies of Argentina’s many populist administrations were less than beneficial—economic mismanagement, corruption, and manipulation of statistics in the case of Fernández de Kirchner’s administration did nothing good for the Argentine economy, and some, like TIME magazine, argue that she “ran the country into the ground.” Whatever the quality of Kirchner or Fernández de Kirchner’s economic policy, though, the trigger for the economic instability of their administration and the crisis that spanned the 2000’s was the 2001 default. It is biased to pin the state of the economy solely on Kirchner, or populism in general, since populism is what the Argentine people turned to in the face of that crisis. However, the administration’s chronic overspending initially increased Argentina’s debt even further, and then, once Argentina was shut out of capital markets, led to high inflation through printing more money.

In 2015, Mauricio Macri inherited an Argentina excluded from global credit markets due to a bitter legal battle with holdout creditors. The dispute was left over from the massive 2001 default of almost US$100 billion, where some funds, called “vultures” or “vulture funds,” refused a renegotiated price of 30 cents to the dollar and demanded to be paid in full. Some of Macri’s first actions after taking office were settling with the holdouts, and lifting currency controls. He implemented a policy of slow and steady changes, or gradualismo, in the hope that he would avoid the unpopularity of previous leaders who tried to institute too many spending cuts.

When the Argentine peso collapsed in 2018, Macri’s gradualismo was brought to a harsh end. In exchange for US$56 billion from the International Monetary Fund (IMF), he significantly cut spending, which destroyed much of Macri’s popularity within the country. As a result, Argentina turned away from him and towards history. Many Argentines dislike the IMF because it demanded austerity measures in order for them to receive a loan. The debt as percentage of GDP is 5 percent in Argentina, quite close in comparison to 4.5 percent in the United States, which means that the market in the United States tolerates debt more than Argentina. That the United States is given more free rein on its debt is determined by the market and other factors, but populism appeals to those who feel that they have been slighted, whether by international markets or other countries.

The election of Alberto Fernández, with Cristina Fernández de Kirchner as vice president, represents a swing towards the past and towards populism.  Even without Kirchner at the top, Fernández’s ticket still carries and represents the Kirchner name, and with populism, representation and perception is incredibly important. Like the Perón legacy, the legacy that is currently alive and well in Argentine politics is one that advocates high spending and antagonism towards the IMF, the United States, and Great Britain. But that is understandable, given that under Macri’s administration, things have not really gotten better. And so, as the risk of a ninth default looms, especially with continuing inflation and another collapse of the peso in late 2019, the Argentine people have turned to the ones who promise something better.

With a struggling economy and little international help without severe and painful spending cuts, the pro-business Macri has become a representation of a system that has failed them, again and again. As the economy deteriorates, as it has so many times in the past, Argentina has embraced a populist legacy. To turn again to populism is a risk, of course, because the recurrence of overspending means that the economy will likely stay locked in its current place, and future generations must suffer and shoulder the burden. However, Argentina could also just cast that burden off, like they have many times before. Investors have shown that they are willing to re-enter Argentina after a default, so why should now, or the next time—or the next—be any different?