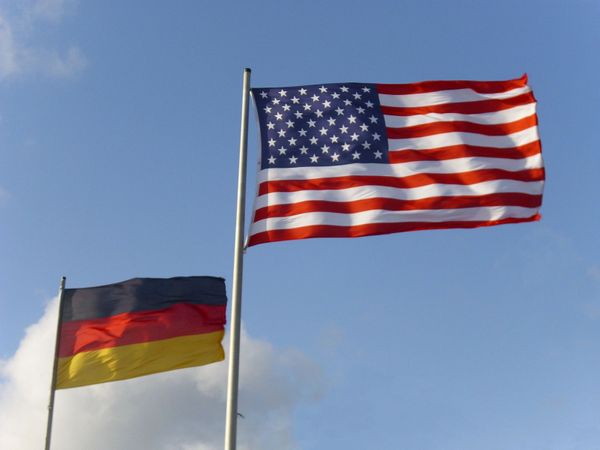 Disharmony in NATO: How Artifacts of the Cold War Corrode US-Germany Relations

In July 2020, the United States announced its decision to scale back about a third of its military presence in Germany, bringing the number of troops down from approximately 36,000 to 24,000. At the time of the announcement, Germany hosted the most US military personnel of any European nation, hosting nearly three times the number of troops of Italy, a distant second. Of the troops being withdrawn, around 6,400 were planned to return to the United States while the rest would be re-allocated to other European nations including Italy and Belgium in a reconfiguration that would cost billions. With only a handful of countries maintaining comparable numbers of US military personnel, this is a drastic and unprecedented reduction of force.

German reactions to the US pullback were mixed. On the one hand, the absence of US military communities will have serious economic consequences for local communities. For example, German towns such as those in West Germany’s Eifel region collect 117 million USD of rent annually from US stationed families. The sudden recall of American troops was frustrating for many retired soldiers who wished to remain in their American-style settlements in Germany. Local leaders representing the German states of Baden-Wurtemberg, Rhineland-Palatinate, Bavaria, and Hesse wrote a letter pleading to members of US Congress to maintain a strong US military presence. On the other hand, nearly half of all German citizens support the exit of US troops from their country. Although the majority of German parliament does not wish to see US troops leave, public support for their exit reflects a popular German sentiment to become less reliant on the US.

At first glance, staging a mass removal of troops from Germany was largely a punitive measure against the European economic powerhouse because Berlin was allegedly not spending the predetermined 2 percent of its GDP on defense as required by the North Atlantic Treaty Organization (NATO) agreement. Trump declared that Berlin was spending only 1.38 percent of its GDP, translating to 23.8 billion USD short of the goal, which upset Pentagon chiefs in Washington. Trump cited Germany’s seemingly lacking financial commitment as an inability to “[pay] their bills,” displaying his view of US foreign policy and alliances as a series of business-like transactions.

The dramatic personnel exodus was a demonstration of soft power by the US toward a country it traditionally considered a close and valuable ally. Via its international agreements including NATO, the US commits to come to the aid of fellow western bloc countries in times of war. Based on Trump’s decision, US aid is conditional, however, potentially wielded as a geopolitical tool. Such an approach response belittles the international trust Washington should be cultivating with allies and makes a mockery of Berlin’s financial prowess, implying that a 0.62 percent deficit in military spending by one of the world’s most fiscally responsible powers is worthy of immoderate punishment.

The Trump administration’s criticisms of NATO spending in the EU are not baseless, however; the US pays well above its allotted 2 percent share of GDP and leads by trillions in NATO spending. While many reasonable foreign policy commentaries have expressed a desire for NATO members to pay a greater share toward the alliance, Trump’s actions seem to ignore that Germany pays more than any other NATO member save for the United States and the United Kingdom.

Former Secretary of Defense Mark Esper, whom President Trump recently dismissed, offered a more measured reasoning for the mass exodus of US forces. Where Trump lambasted Berlin’s failure to pay non-existent “fees” to NATO, Esper assured that Germany’s wealth stood as a symbol that the US should no longer spend as much on allies but instead require them to support their own defense. Given that both Italy and Belgium spend even lower percentages of their GDP on defense, Esper’s and Trump’s partially misplaced criticisms may suggest a more strategic plan.

Toward a Modern Geopolitical Flashpoint

The move to relocate troops even divided Congress, with some representatives offering theories surmising Russia’s emboldenment and others praising the need to rebalance troops across Europe. Some argue that the US military presence in Germany is a relic of the Cold War by which strategic placement of western forces, as well as demonstrations therein, seek to contain rival powers beyond eastern borders. Today, the US maintains militaristic pressure against the Russian Federation. Esper’s nod to future US troop placements also indicates a desire to incrementally deploy forces to the Black Sea region and to the Baltics to discourage Russian intervention following its annexation of the Crimean Peninsula in 2014. As placing forces in an allied country is much less conspicuous than marching troops up the Russian border or building bases in Poland, the Pentagon is tacitly marking its territory to those it feels are its foes.

Despite strategic measures to sustain soft deterrents to potential Russian aggression via stationing US troops in Europe, the likelihood of a Russian power grab in northeast Europe close to its borders is fairly unlikely. The most likely case of cross-border intervention would be due to recent tensions in Ukraine, which in the eyes of Russian security interests may warrant military defenses in Southeast Europe and the regions surrounding the sea of Azov. Even in the case of Belarus, the closest nation to experience a potential Kremlin intervention, Russia is unlikely to exert a physical military force. Belarussian political turmoil does not yet demand enough of a presence from Moscow. Russia relegated its advances in recent decades to proxy wars in the Middle East, as well as aggression toward Ukraine. Most of Russian attacks occur in the form of cyber warfare, what may be the nation’s most impactful offensive capabilities.

The Trump administration’s incendiary retaliation raises questions as to the responsibility of US policy makers in the allocation of defense funds, as well as Washington’s integrity to maintain agreements. The Trump administration is no stranger to reckless decisions in international agreements: the shredding of the Iran nuclear deal after stringent negotiations, for instance, adds to the uncertainty of foreign powers regarding the integrity of US diplomacy and jeopardizes the diplomatic leverage of the US in future denuclearization agreements. The presence of American military personnel in the territories of many allied powers is as much a bargaining chip for the United States as is any other major diplomatic resource. It wields powerful influence in multilateral agreements, and abrupt, large-scale removals are capable of damaging Washington’s capacity to use its military resources as a credible negotiation tactic.

The Cautionary Tale of Brinkmanship

As inscrutable as the chaotic and unabashed decision-making of the Trump administration may sometimes seem to the public eye, there is still logic to support a more reasoned methodology to Trump’s decision. The US and Russia are currently at a stalemate over geopolitical interests. With relations at their worst, major points of debate for Moscow and Washington are the Arctic, the Mediterranean, and Eastern Europe. With Trump’s gradual removal of US troops from Syria and Iraq over the course of his presidency, a planned relocation of armed forces to the Eastern Mediterranean appears to be a compensation for the outflow of forces from the Middle East.

Counterbalancing Moscow’s influence risks inviting further aggression against Ukraine or other American allies in the region. Washington faces pressure to demand greater contributions from NATO members towards united defense spending, while also leading the opposition to Russian advances in various sectors. If the US wanted to kill two birds with one stone, there seems to be no better way to mask these motives than to make Moscow believe that the latest shift in US deployments is no more than simply another show of Trump’s imprudent haste towards NATO. But even if a strategic approach were the case, approaching Russia from this standpoint, too, carries its costs.

For its four years in power, the Trump administration has visibly reduced foreign policy to a simple game of boastful words and mockery, from vilifying the Danish PM over her patient rejection of Trump’s outrageous desire to purchase Greenland to laughable insults hurled across Pyongyang to Supreme Leader Kim Jong-Un. Trump’s removal of US troops from Germany may be no exception, but rather a surprisingly tacit one: although Trump called Germany “delinquent,” Angela Merkel has yet to face a barrage of social media defamations from Mr. Trump, both of whom are nearing the ends of their respective terms in office. Similar comments and dangerously cursory policy decisions will only damage America’s world image further and hurt the interests of its citizens. But as global criticism mounts for the United States, perhaps the damage has already been done.

A Vision for New American Partnerships

Above all, the events in Germany are representative of a continuous cycle of power struggles on the global stage between major powers since the Cold War. Political theater may have formed the backdrop for the process this year and further tainted the reputation of the US, but the inherent patterns are not new. Russia will likely recommence its pursuit of geopolitical ambitions across the globe, Germany will welcome a new leader in October 2021 as too will Americans this January, and the US will contend with a diverse portfolio of adversaries both old and new as it climbs over the horizon for 2020.

As for the troops in Germany, their fate is yet unclear given a new US president is set to soon enter the Oval Office. Similarly, the unavoidable logistical challenges of such a relocation may offer the Biden administration the final say on American forces in Germany.

If this decision is indeed about Russia, then the Biden administration will need to interface with German parliament either to execute the remainder of Trump’s and Esper’s plans or maintain the status quo. Either way, it is in the Biden administration’s best interest to seek out greater collaboration with Berlin both on troops stationed within Germany as well as the security interests of Eastern Europe. The confluence of years’ worth of debates and sanctions will arrive in the form of 2021 negotiations for a new Strategic Arms Reduction Treaty (START), in which Biden officials must race to either overturn or prolong the agreement. Any decision requires that they be prepared to face Russian officials in determining the future of nuclear security policy worldwide. Such a feat is hardly feasible in the absence of cohesive, transparent multinational collaboration.

President-Elect Biden’s vision for foreign policy thus far indicates that some of the Trump administration’s goals and decisions will be reversed in Biden’s path to restore faith in the US around the world. As for America’s allies in Berlin, it is too early to tell whether Biden will seek to rebuild a new relationship with the European economic powerhouse under a new German president. Only time will tell if Berlin and Washington will work to accentuate each other’s roles in global development, but one thing is certain: the Biden administration faces a world of foreign policy challenges unlike ever before. 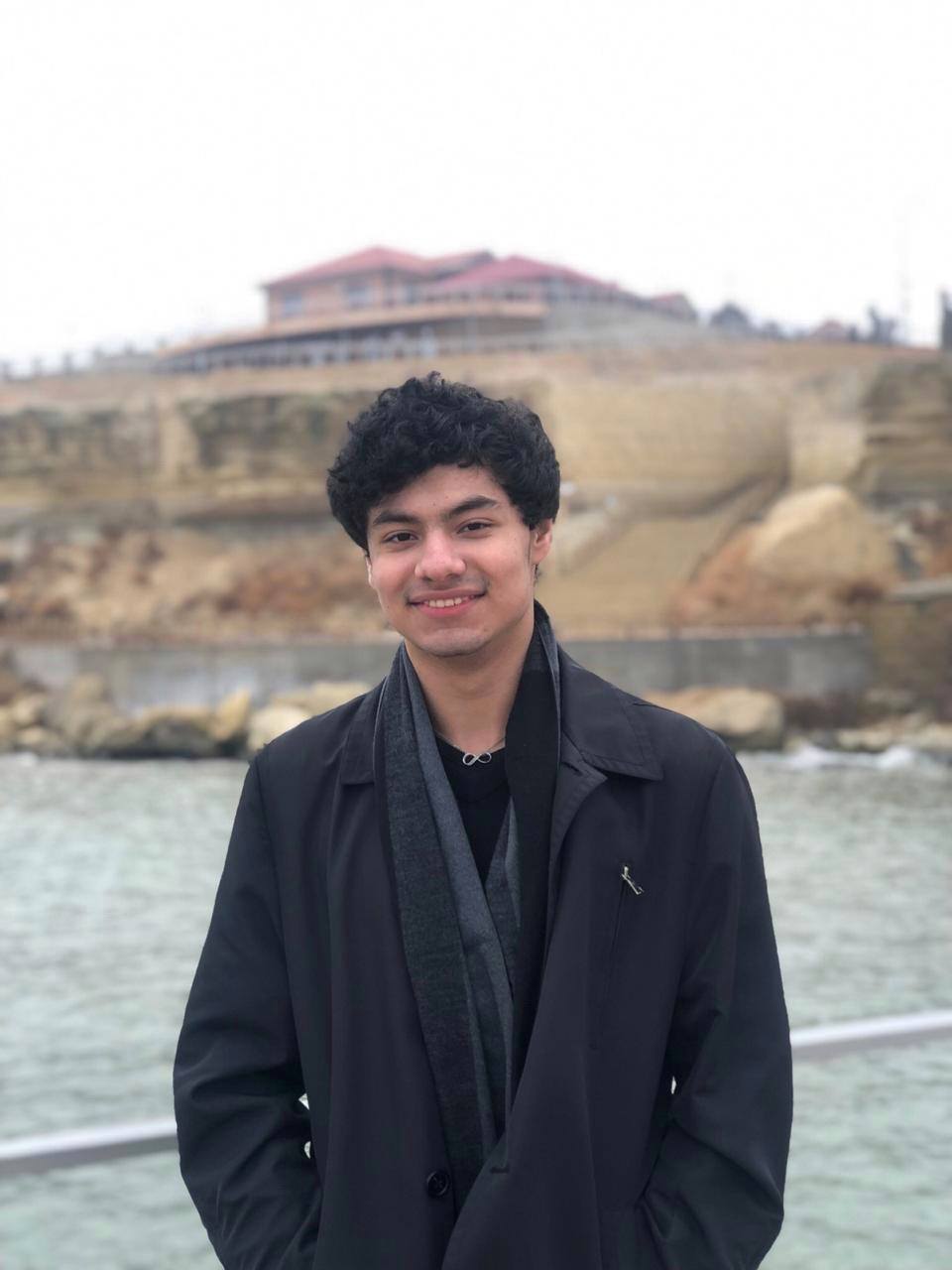