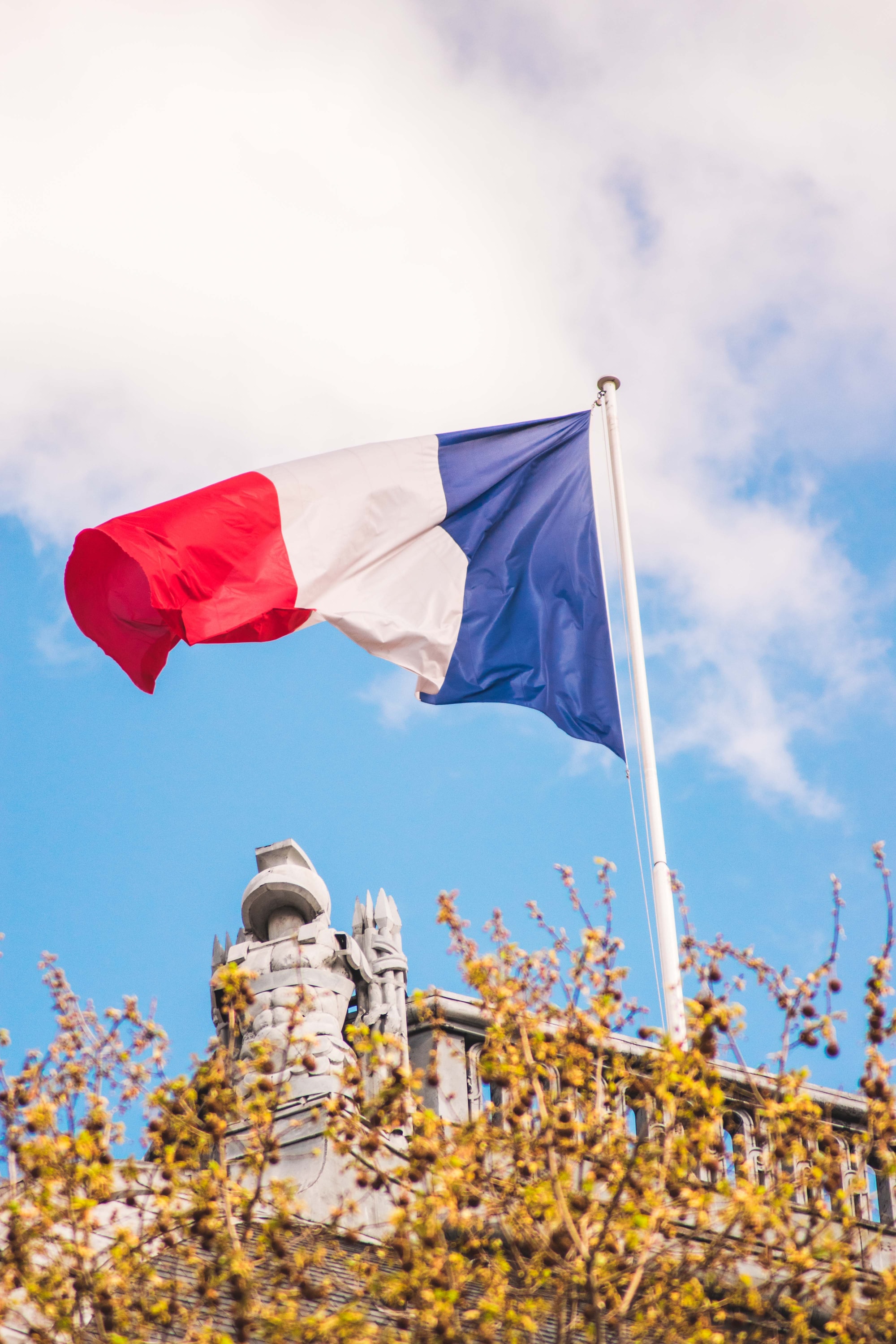 “It’s a stab in the back.” These words from the French Foreign Affairs Minister Jean-Yves Le Drian come in the wake of the sudden AUKUS deal announced on September 15.  The deal brings together the United States and its allies Australia and the United Kingdom in sharing nuclear technologies so that Australia may acquire a fleet of nuclear-powered submarines in an effort to augment its defensive resources in the Indo—Pacific. The trilateral deal does not explicitly mention intentions to counter other regional influences, but it can be reasonably assumed that such a deal is a concerted and collaborative effort to join Western allies in countering China's rising influence in military and technological development. As exemplified by the words of Le Drian, France—a historical ally of the United States notably missing from this new trilateral arrangement—is reeling from what it views as a move to exclude the country from strategic approaches designed to deal with evolving Indo-Pacific defense priorities. France, which has a vested interest in the region as 1.6 million French citizens live in French territories dotting the Indo-Pacific, is especially stung by the negotiations. Not only did the deal carve out France, but its adoption also resulted in Australia reneging on a US$66 billion contract with France which the two countries had been orchestrating for months prior with the purpose of providing Australia with French submarines.

While Le Drian was aiming his particularly biting accusation of secrecy and dishonesty at Australia in the aforementioned quote, France did not spare any anger or condemnation toward the US, reacting just as strongly by recalling French ambassadors to both the United States and Australia two days after the announcement of the AUKUS deal. This revocation of diplomats is an unprecedented shift in alliance dynamics, a decision that has added additional strain on an already tenuous transatlantic relationship between the United States and France.

The AUKUS scenario, unfolding with no shortage of drama and media coverage, is particularly striking in that it is centered on the fragility of transatlantic relations and that it has brought the concept of diplomatic revocation as a tool at the disposal of governments to the forefront of foreign policy discourse. It is worth examining the concept more broadly, including its historical contextualization, contemporary implications, and the effect its unprecedented use will have on US-French relations specifically.

In foreign policy, the revocation of ambassadors by a sending country to a receiving country signifies a situation in which the sending state summons its ambassador home from where the ambassador lives and works in a receiving state. This can occur for numerous reasons, including strategic policy considerations, fundamental disagreements between countries, or even ambassador behavior in more isolated incidents. Diplomatic revocation and the right of a state to send and withdraw their ambassadors are roughly outlined in Article 2 of the Vienna Convention on Diplomatic Relations of 1961, which states, “the establishment of diplomatic relations between States, and of permanent diplomatic missions, takes place by mutual consent.” This clause is important in that it gives power to states to recall their ambassadors unilaterally, without seeking permission from the receiving country or going through a lengthy removal process.

Diplomatic recalls represent an appealing type of diplomatic sanction, or political disengagement, as they are low-cost and relatively simple instruments employed in an effort to undermine or delegitimize foreign governments. Additionally, as diplomats remain one of the most prominent sources of interpersonal and partnership building between countries, the absence of a diplomat is acutely visible to the public. This is particularly effective as recalling an ambassador due to the actions of the receiving state may weaken the receiving state’s image, thus prompting its government to change course and reassess contentious policies at the core of the interstate tensions.

Despite the perceived utility of diplomatic revocations in foreign policy, the tactic is used somewhat sparingly and is used even more infrequently within allied dyads. France’s move to recall its ambassadors to the United States and Australia is especially striking as France has only employed diplomatic recall in fourteen instances toward various countries since the year 1794. The last time France recalled an ambassador to the United States was in 1794 during the Citizen Genet affair in which US-French neutrality was imperiled by Edmond Charles Genet, who briefly served as French minister to the United States from 1793 to 1794. Genet was staunchly pro-revolutionary, sympathizing with the cause of the French Revolution which characterized the years in which he was dispatched to the United States. He defied the United States’ commitment to neutrality by outfitting a French privateering commission to seize and accumulate profit from British merchant and cargo ships. Thomas Jefferson, US Secretary of State at the time, requested Genet’s recall but chose not to send him home. France similarly demanded he return home, as he had not only failed to achieve the diplomatic goals the French government had tasked him with, but he had also stoked existing transatlantic tensions. Ultimately, he was allowed to remain in the United States as US-French relations shifted to those of a more friendly nature. While undoubtedly very different circumstances, both the 1794 recall of Genet and the recent recall of Philippe Etienne, France’s Ambassador to the United States, exemplify the gravity of diplomatic recall. Taking into account more than two centuries of transatlantic interactions, crises, and complexities characterizing US-French relations, it is apparent that the situation prompting the September recall was particularly infuriating for France and prompted drastic action. Used sparingly and in situations in which France is affronted by actions in opposition to their policies, diplomatic recall is a powerful weapon in the foreign policy artillery.

In the days following France’s revocation of its ambassadors to the United States and Australia, the United States sprang into action in an attempt to smooth over relations. Biden and Macron spoke a week after the AUKUS announcement, agreeing to rebuild trust between France and the US, but France’s decision to revoke its ambassadors is unlikely to fade from transatlantic memory so easily. The AUKUS bombshell has sent reverberations through an already unstable alliance that is struggling to regain its footing after languishing under President Donald Trump’s administration, during which US-EU relations were not actively cultivated but rather aggravated by Trump’s decisions to withdraw from the Paris Climate Accords and the Iran nuclear deal.

In terms of foreign policy strategy, France’s decision to recall the ambassadors sent a strong signal to the United States and Australia that they condemned their historical allies’ betrayal. It was strategically viable in this context, as France’s decision garnered significant media coverage and demonstrated France’s willingness to assert itself in the international system. Domestic appeasement also played a key role in the decision to recall, as French citizens expressed outrage that their government allowed Australia to renege on a multi-billion dollar deal. This situation has also pushed healing US-French relations closer to the top of the US foreign policy agenda and forced Biden to actively work to repair relations in a time when diplomatic and soft power discussions are often clouded by military or defense debate.

More broadly, the diplomatic recall as a foreign policy strategy has reemerged as a viable tool. Despite its effectiveness, it remains a sparsely used mechanism in foreign policy, though paradoxically its rarity in and of itself enables diplomatic recall to occupy a uniquely influential spot in the diplomatic toolkit. Revocation is a move capable of garnering widespread attention from the media and public without permanently dissolving ties between countries, providing for a strong and clear signaling system while preserving key strategic relationships. It remains to be seen how and if diplomatic recall will be used in the future, but the United States and Australia will certainly keep France’s recall in national memory for years to come.