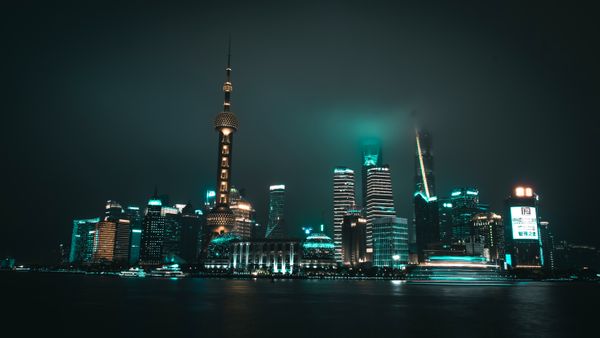 Digital Dynasties: How China’s Cryptocurrency Could Unseat the Dollar

Nearly 900 years ago, China’s Song dynasty government, at the time the most advanced civilization in the world, issued the world’s first centralized paper currency. When Marco Polo encountered money made from the “bark of trees” circulating universally within the Mongol empire during the Yuan Dynasty, one hundred years later, he witnessed a financial system with efficient, long distance transactions, and a central banking authority with the complete trust of the population. Today, the world is on the cusp of another technological revolution in how humans conduct commerce. Again, China is at the fore, leading the way from cash to cryptocurrency with a new central bank digital currency (CBDC), the e-CNY, commonly known as the digital yuan. Although the US dollar remains the world’s dominant fiat currency, an analysis of the geopolitics surrounding the battle for currency hegemony reveals that China’s digital yuan will pose a serious challenge to the dollar status quo as the 21st century unfolds.

China’s 13th Five Year Plan, covering 2016 through 2020, aimed to “promote RMB [Chinese currency] internationalization and see RMB capital go global.” China’s motivations for RMB internationalization include escaping US monetary policy, shoring up against dollar shortages, and gaining lower borrowing costs. From 2009 to 2019, 20 trillion yuan were exchanged across borders. Still, the RMB makes up a mere two percent of global foreign reserves compared to the dollar’s sixty percent. The basic prerequisite for any reserve currency is the backing of a large economy, a high trade volume, and a net creditor status (meaning a country’s international investments are larger than the foreign debt they owe). China lags just behind the United States in GDP and trade volume and is a fifteen percent net creditor compared to the United States’ eighty percent net debtor position. Beyond pure economic calculus, however, currency hegemony relies on a balance of factors that still remain squarely in favor of the dollar. Crucially, China’s rule of law, trustworthiness, and tightly controlled economy make investors skittish of relying on Chinese currency. What, then, is China’s path to an internationally formidable RMB?

The answer may lie in China’s digital yuan. The cryptocurrency has been in development for over eight years, since the People’s Bank of China (PBoC) began investigating a government-run bitcoin in 2014. In the early 2010s, Chinese crypto miners were responsible for an estimated 95 percent of all newly minted bitcoin. The Chinese government discovered this mining activity in 2012 after investigating suspicious power usage, as bitcoin mining is extremely energy intensive. A decentralized, anonymous currency posed a major threat to China’s strict social and financial controls. As officials started banning and regulating cryptocurrency, they also saw its potential. By 2021, all private cryptocurrency activity was banned and the Chinese economy had also largely transitioned away from paper yuan. Last year, 80 percent of Chinese adults made digital payments. Testing for the digital yuan began in 2020, but the early adoption numbers were less encouraging than Chinese officials may have hoped for. By October 2021, there were a total of 123 million individual wallets, although the average sum in each was just 47 cents (three RMB) implying that many consumers weren’t actively using the new currency. Adoption numbers then doubled by January 2022 in the lead-up to the Winter Olympics hosted in Beijing. China planned to use the Olympics to introduce the world to the digital yuan, similar to the country’s extravagant displays in 2008 that thrust a modern China onto the global stage. Due to China’s stringent covid policies, few foreign visitors were actually in attendance. Still, the PBoC reported around $300,000 (2 million RMB) in daily transactions with the digital yuan throughout the games. Although dwarfed domestically by China’s primary digital payment companies, AliPay and TenPay, China’s ambitions for the digital yuan are undoubtedly international.

The Geopolitics of Currency Hegemony

The battle for currency hegemony is better characterized as an insurgency than a Cold War, and China may be willing to employ geopolitical tactics to outmaneuver the current-standing hegemon. There are three primary ways that China could leverage its geopolitical clout to achieve RMB internationalization through the digital yuan.

The first and strongest lever available to China is the Belt and Road Initiative (BRI). Announced in 2013 as Xi Jinping’s capstone foreign policy project, the BRI has a projected lifetime spending of over one trillion dollars. The initiative consists of both an overland economic belt and a maritime silk road and encompasses an estimated 60 countries that comprise two-thirds of the world’s population. The domestic goals of the BRI are largely economic. China has an overcapacity of raw materials such as steel and coal and producers are desperate for new export markets. The BRI also aims to economically develop impoverished regions in western China as a part of trade routes planned through central Asia. The economic goals alone do not justify the initiative’s price tag, however, and the foreign policy ambitions inherent in the BRI are vast.

Regionally, China hopes to counter the U.S. “pivot to Asia” which started under the Obama Administration’s strengthening of economic ties with neighboring countries and fostering of new investment opportunities. Globally, China aims to finance infrastructure spending in developing countries, thus currying favor and potentially gaining political leverage in recipient nations. This practice, sometimes referred to as “debt-trap diplomacy,” has recently been criticized for contributing to Sri Lanka’s economic crisis.

China is also planning to use the BRI to internationalize the RMB. Indeed, the majority of BRI project recipients showed interest in settling cross-border transactions using RMB. This is where the digital yuan comes in. According to researcher Mahima Duggal, The BRI is a “perfect mechanism for accelerating the international use of a digital yuan.” In many developing countries, banking infrastructure is severely lacking and transactions can take weeks. The digital yuan bypasses any third-party banks or local institutions and practically eliminates fees while executing transactions instantly. Stanley Chao, an expert on business in Asia, says that many countries within the BRI would “jump at the idea” of adopting a digital yuan. Another facet of the BRI is the Digital Silk Road (DSR), which aims to export Chinese technology to BRI participants including high speed internet, artificial intelligence, and mobile payment systems similar to China’s own AliPay. With Chinese technology comes Chinese control, as many technology firms in China are only nominally in the private sector. With greater control of a country’s digital infrastructure and widespread use of a digital yuan, Duggal writes that China could even “rewire the financial networks” in countries heavily involved with the BRI.

China’s BRI is primarily a foreign policy outreach program aimed at developing new allies and gaining influence in emerging markets. But for a project as ambitious as currency hegemony, China is also turning to old allies to help implement an international CBDC. A majority of countries that are members of the International Monetary Fund (IMF) are currently investigating a CBDC or have already developed one. Many of these CBDCs are limited to domestic use, but China is one of the first countries seriously evaluating cross-border transactions using a CBDC, a crucial first step towards global adoption. Their experimentation has spawned the multiple CBDC, or mCBDC, bridge project, a collaboration between four financial jurisdictions—China, Hong Kong, Thailand, and the UAE—that aims to create infrastructure to facilitate efficient, low cost transfers between CBDCs while respecting existing regulations and privacy norms within each jurisdiction. The project identified 15 use cases of CBDC transfers between countries including commercial payments, wealth management, bond issuance, trade settlements, and supply chain financing. Several of the financial institutions participating in the mCBDC such as Goldman Sachs (US), HSBC (UK), and UBS (Switzerland), are based in western economies. This potentially indicates a broader reach for collaboration than simply Chinese allies and regional banks.

Lastly, international sanctions present a unique opportunity for China to showcase the advantages of a currency outside of US control. When Russia invaded Ukraine, one way the United States retaliated was by cutting Russia off from the Society for Worldwide Interbank Financial Telecommunication (SWIFT). SWIFT is responsible for nearly all international cross-border transactions. As 95 percent of all dollar payments are settled in New York, SWIFT is policed by the US. The White House vowed that without SWIFT, Russia would be reliant on “the telephone or a fax machine” to conduct international business. The digital yuan offers a potential solution. By bypassing SWIFT and executing a secure cross-border transfer using China’s CBDC, Russia could theoretically trade with anyone willing to run afoul of US sanctions. If China itself were the target of widespread sanctions, the digital yuan could be crucial to continuing trade relations with close allies. China could also pitch the digital yuan to any countries seeking to disrupt US hegemony, such as its ally Iran. More support for the digital yuan increases its reach and recognition, in turn boosting the internationalization of the RMB.

Regardless of the present shortcomings of China’s CBDC experimentation, the United States may be too far behind in producing a viable competitor. After the digital yuan had already debuted on the international stage in March 2022, Biden issued an executive order to begin investigating a US CBDC. Although the United States is a dominant market player in privately traded cryptocurrencies, it has not spent the past decade seriously researching and testing CBDCs as China has. There is some hope, as early versions of a US CBDC being developed in conjunction with MIT have proven more sophisticated than the digital yuan, being able to handle over five times more transactions per second. This technology is still far from being traded across borders, however. For now, as the Vice President of a Beijing-based cryptocurrency firm Ian Wittkop writes, CBDCs are “a field of one.” In our post-pandemic world, with trends such as e-commerce, social media, and remote work, it is clear that the world is becoming more and more digital. A financial system dominated by CBDCs and, by extension, China, could become an inevitable reality.

Sam Davidson is a staff writer for the HIR. Sam is interested in Chinese foreign policy, FDI in emerging markets, and global urbanization.