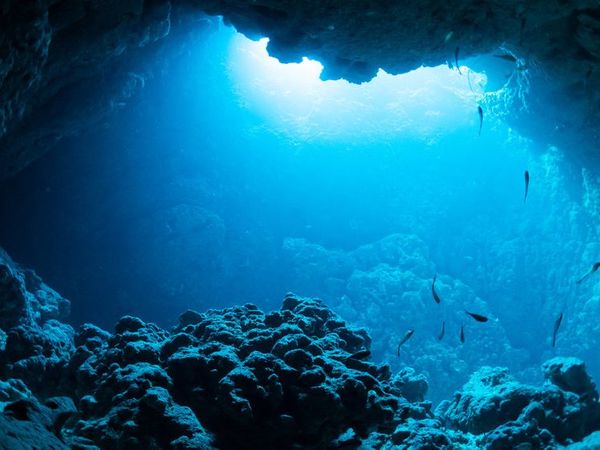 Diamonds are Forever, but the Environment is Not: The Dangers of Deep Seabed Mining

Thousands of kilometers underwater, up to one trillion dollars worth of minerals—gold and diamonds, in addition to vast quantities of cobalt, zinc, and metals required for industry—lies on or beneath the ocean’s seabed. The technology to mine these minerals has just entered the mainstream, but the rules governing deep seabed mining have yet to be written. The technology and corporations behind seabed mining pay little regard to a vast array of environmental concerns, challenging the limited international institutions designed to regulate activities on the ocean floor. The current patchwork of permits and regulations will give way to a comprehensive Seabed Mining Code to be signed as early as this year, but the mining industry may be too far along in its development and too ingrained into international institutions for regulation to be effective. Similar events in the past illustrate the potential pitfalls and consequences for deep seabed mining.

The technology and corporations behind seabed mining pay little regard to a vast array of environmental concerns, challenging the limited international institutions designed to regulate activities on the ocean floor.

In the spring of 2019, Belgian mining company Dredging, Environmental and Marine Engineering NV (DEME) prepared to launch a mining probe called the Patania II into international waters to collect minerals from the ocean floor. The company sought to dredge up nickel, manganese, copper, zinc and cobalt from the seabed—metals that are becoming more valuable due to growing industrial trends like renewable batteries and electric vehicles. The predicted increase in demand for these metals has drawn several companies to seize the same opportunity that DEME was attempting to seize with Patania II. Among them are Royal IHC, a Dutch company that has received EU funding to develop deep sea surface crawling mining vessels, and the De Beers mining group, one of the world’s largest diamond producers looking to expand its operations to the seabed.

The existence of these mining technologies is a recent development; Kristen Thompson of the University of Exeter stated in 2019 that “it is only now that the technology has been developed that might make deep-seabed mining a reality.” However, that reality has not been without challenges. Upon attempting to launch, the multimillion dollar Patania II experienced a power failure right before it was set to deploy. A new launch schedule has not been set as of the writing of this article. This failure is but a setback, however, and the race among companies to mine the seabed continues unevenly towards its finish line thousands of kilometers beneath the depths.

These companies’ pursuit of precious metals plays out in one of the worst-understood environments on Earth. Humans have only mapped 0.05 percent of the ocean floor, compared to 60 percent of the surface of Mars. Researchers are discovering new species at a rapid rate on the dark, heavily pressurized seabed. A seafloor survey conducted by the University of Hawaii in the Clarion-Clipperton Zone (CCZ), the same 4.5 million square kilometer area of the Pacific where DEME launched the Patania II, discovered 154 worm species alone—seventy percent of which were previously unknown to science. The effects of mining this region of unknown terrain and incalculable biodiversity could be massive. A study from the Queen Mary University of London indicated that crippling the microbial biodiversity of the seabed could have far-ranging effects, causing species to go extinct on the ocean floor and initiating ripple effects into the food chain all the way to the surface. Dr. James Bradley, one of the study’s authors, warned that “once these ecosystems are damaged, they may never fully recover.”

In 1982, the United Nations established the International Seabed Authority (ISA) to facilitate humanity’s interactions with the seabed. This followed a 1970 General Assembly resolution declaring the resources of the seabed “the common heritage of all mankind.” The ISA has 168 representatives from member countries, and is headquartered in a nondescript office building in Kingston, Jamaica. In its 38-year existence, the ISA has not adopted a comprehensive code for mining the seabed, instead favoring a patchwork of environmental regulations and permits. UN policy dictates that companies like DEME, Royal IHC, and de Beers must secure permission from the ISA to mine the seabed. Member-states have urged the ISA to adopt a comprehensive framework for this in the form of a Seabed Mining Code; however, despite predictions that the Code would be signed in 2017, no such framework has been formally adopted. In the absence of standardized environmental regulations, the ISA has issued dozens of "exploration contracts" in recent years as the pace of technological development has outpaced regulatory frameworks. Despite a lack of prior environmental impact studies, the Patania II expedition was permitted by the ISA to scrape the sea floor before it ultimately failed.

The processes by which the ISA governs seabed mining are as murky as the deep ocean. Representatives of the ISA elect a 30-member Legal and Technical Council (LTC) of mining experts to review Exploration Contract applications and draft environmental regulations. The LTC’s deliberations are kept mostly confidential; some countries, including China, Japan, and Russia, do not reveal the number of permits issued to mining companies of their nationality, the names of companies, or the exact nature of their mining work. Additionally, the LTC’s environmental impact assessments are withheld from even member states. Scientists and environmentalists have called for greater transparency in these processes. In April of 2019, Michael Lodge, a British national that chairs the ISA, argued that regulations had been developed “to ensure mining the deep sea wouldn’t take place on a first-come, first-served basis, but rather it would fall under international management with clear global environmental standards.”  The nebulous environmental standards Lodge describes may come short, though. In 2017, 15 leading scientists and legal experts declared in a joint letter that “mining with no loss of biodiversity” was an “unattainable goal.” A compromise came in the form of a Draft Seabed Mining Code unveiled after the ISA’s annual session in 2019. Under the proposed regulations, companies would still be able to attain mining permits from the LTC—but they would have to complete prior environmental impact studies before doing so. Additionally, a portion of the profits from deep sea mining would be spread among developing nations to promote sustainable development. The Draft Seabed Mining Code takes a positive step towards comprehensive deep sea mining regulation, but still lacks total transparency or strict enforcement of environmental protections. Regardless, it could become international law as soon as June of 2020, when the ISA next comes into session.

In 2017, 15 leading scientists and legal experts declared in a joint letter that “mining with no loss of biodiversity” was an “unattainable goal.”

Companies have developed innovative technologies to mine one of mankind’s last frontiers—the ocean floor. However, this innovation will likely come at a massive environmental cost. The institution meant to navigate the balance between profit and sustainability lacks transparency and enforceable environmental regulations, but will nonetheless likely publish a comprehensive piece of international law governing deep sea mining within the next year. The negative impacts of mining will be irrevocable. The future of biodiversity and the environment from the seabed to the surface depends on the reception of implementation of that framework and the degree to which it is actionably enforced.