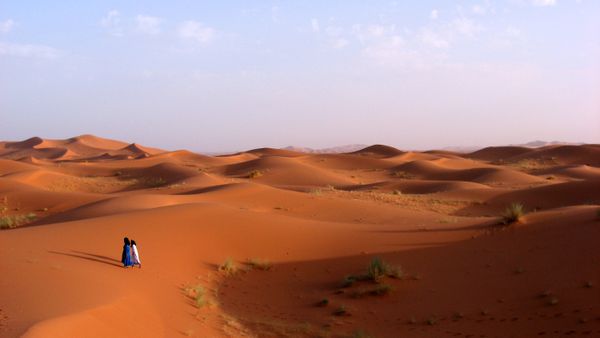 There are few experiences more gut-wrenching than having your home engulfed in conflict. The Tuareg people, a largely pastoral people who live in the western Sahara Desert, have felt this pain countless times in their history, from the era of the French Empire in the Sahara to the present day. The Tuareg response to this mistreatment, first by the French and then by neighboring ethnic groups, was revolt, but the Tuaregs were defeated time and time again.

To deal with the pain of these defeats, many Tuaregs turned to music to express their sorrow. The result of this artistic response was a new musical genre: Tuareg Rock, a blend of traditional Tuareg musical elements such as hand claps, raw vocals, and West African lutes with the electric guitars and drum kits of Rock-and-Roll and Blues. Since the 1980s, when veteran Tuareg rebels wanted to lament their exile and the violence within their homeland, they used Tuareg Rock. In order to understand the cultural context and political implications for Tuareg nationalism, examining the creation and evolution of Tuareg Rock is critical.

The chaos of decolonization in the Sahel during the 1960s caused the Tuareg ethnic group to be split between Algeria, Libya, Mali, and Niger. As a result of this marginalization, the Tuaregs clashed with the nations that controlled their homeland, particularly Mali. But so far, these revolts have been unsuccessful in establishing the proposed Tuareg homeland of Azawad. This ethnic conflict compounds with the Sahel’s ongoing security, food, and refugee crises, creating further instability. In 2021, the Sahel accounted for 35 percent of global terrorism deaths, according to the year’s Afrobarometer.

In Mali, the Coordination of Azawad Movements (CMA), an armed group in favor of establishing a Tuareg nation, controls territory in the northern part of the country. Even though a peace deal was signed in 2015, the underlying tensions between the Tuaregs and the Malian government are unsolved. Political assassinations still threaten the establishment of a lasting peace. On April 13, 2021, the president of the CMA, Ould Sidati, was assassinated outside his home in Bamako, Mali. This could hamper the implementation of the peace deal. This instability has plagued nations with significant Tuareg populations for decades, and until the Tuaregs receive autonomy, it is unlikely to stop in the future.

The Creation of Tuareg Rock

This current instability is similar to the one that Ibrahim Ag Alhabib, the founder of the legendary Tuareg Rock band Tinariwen, lived through during the first Tuareg rebellion against Mali in 1963. When he was four years old, Alhabib watched his father’s execution as punishment for rebelling against the Malian government. Moving between refugee camps in Algeria, Alhabib gained a reputation as a lone wanderer. But one day, while he was watching a Western movie in a makeshift cinema, he saw a cowboy character playing the guitar. This inspired him to create his own guitar by using an oil can, a stick, and a brake wire from a bicycle. He used this guitar to practice old Tuareg songs, Arabic pop songs, and Malian blues.

After more wandering, staying in jail, and working as a carpenter, he met his future bandmates, Alhassane Ag Touhami and Inteyeden Ag Ableline, while in southern Algeria. The trio, along with Inteyeden’s brother Liya Ag Ablil, formed an unnamed band and played at the events of fellow Tuareg exiles. Their songs covered their feelings of homesickness and longing due to their exile from their homeland. They gained fame in their community of exiles and were given the Tamasheq nickname “Kel Tinariwen,” or “The Desert Boys.”

The band's life was cut short when they joined the Libyan Army in 1980. But, as they traveled as soldiers, they continued to hone their music, meet new bandmates, and gain fame. Their songs also took on a more propagandistic tone, encouraging the Tuareg people to fight for independence and a better place in the world. In 1989, Mali allegedly banned ownership of Tinariwen cassettes. Over the next two decades, Tinariwen would gain popularity worldwide as the musical face of the Tuareg liberation movement and the burgeoning Tuareg Rock genre.

Themes and Meanings behind Tuareg Rock

Unfortunately, the older, more propagandistic songs of Tinariwen’s youth were spread by travelers sharing cassette tapes when they crossed paths in the Sahara, meaning that most are unavailable on streaming services today. One of Tinariwen’s newer songs, “Imidiwan Ahi Sigdim,” track five on their album Emmaar, released on February 11, 2014, provides an example of the message they work to spread to the Tuareg people.

Friends, companions, hear my truth / And my conviction / These banishments that befall us / Bring no joy, neither to my heart / Nor to that of the youth / You suffer the bitterness of that oppression / Which annihilated the old folk / On whom you counted / And tortures the soul of the heart / That knows no hatred

In this song, Alhabib argues that although the Tuaregs’ banishment is still painful for him and the younger generation, the latent hatred alive within the Tuareg nation will only harm the innocent. For Alhabib, the decades of Tuareg war against the occupiers have brought no worthwhile results, only pain. Because of these wars, the older generation that fought them was “annihilated” by war, and he does not want the younger generation to continue this worthless conflict. Because Alhabib fought as a Tuareg rebel in his younger days, this plea to end the continuous fighting has a deeply personal message: he is trying to stop his compatriots from walking down the same violent path he chose as a young man.

Even though Tinarwen’s music advocates for the fight to end, do the Tuareg people and leaders feel the same way? The current tension between the Tuaregs and the Fulani people, a neighboring ethnic group within the Sahel, as said by Niger's President Mohamed Bazoum, has “never been so high.” Following the French withdrawal from Mali in August after a military coup that occurred two years prior, the security of Mali and the greater Sahel is precarious. For the first time in a decade, the French military is not available to assist Mali in defending its territory from insurgents.

The main threats Mali currently faces come from the Islamic State and al-Qaeda, not a Tuareg liberation group like the CMA. But with fewer resources and multiple threats to the Malian government, Mali’s ability to defend its territory in question, and the Tuareg-Fulani tension could reignite the fight for an independent Azawad. For now, the CMA-Malian peace deal is holding.

Throughout the decades of conflict that have shaped the Sahel and the Tuaregs, the creation and evolution of Tuareg Rock has served as a vital channel for the expression of the Tuareg people’s exile, pain, and desire to return to a peaceful home. The region of Azawad was a hotbed for rebellion even before the French began the process of decolonization, but the chance for peace and reconciliation that Tinariwen sings for is possible.

The CMA-Malian peace deal following the Mali War of 2012 that granted the Tuareg people more autonomy is a crucial first step to a lasting peace, but the successful implementation of these concessions is necessary to prevent further conflict. Unlike the Tuareg Rock of the late 20th century, which advocated for further violence and revenge against those who wronged the Tuaregs, the new wave of Tuareg Rock is fighting for peace and stability in the Sahel. The situation of the Tuaregs and Azawad is still yet to stabilize, but the power of the guitar might just prove more fruitful than the power of the rifle. 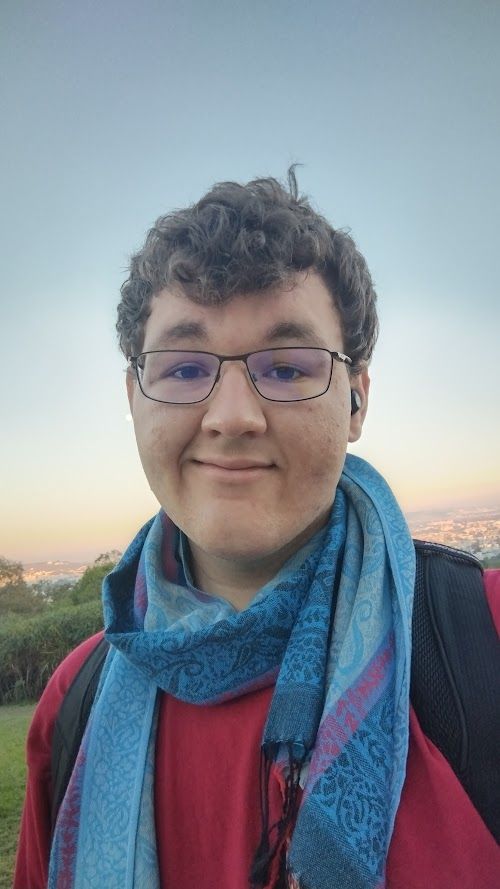 Ian Thompson is a staff writer at the HIR. He is interested in North African and Middle Eastern affairs, francophone studies, and the comparative study of religion.