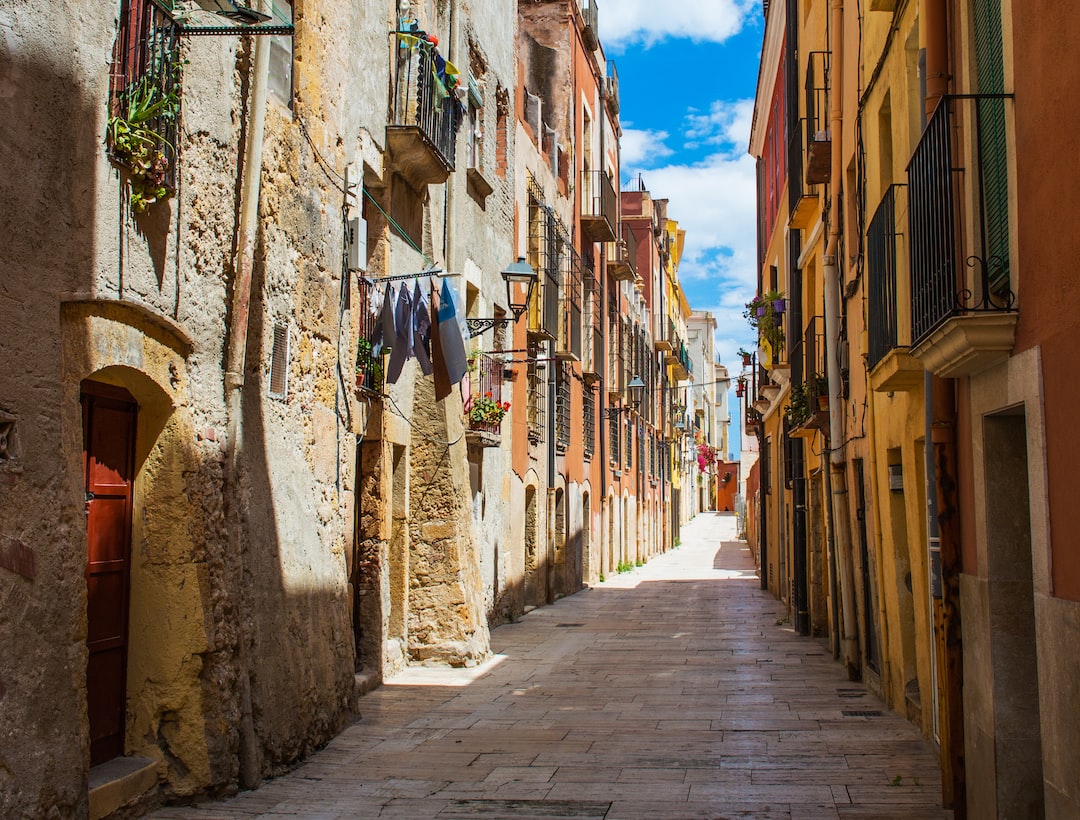 Spain's democratic recuperation began in earnest after the general elections of June 1977 and peaked in December 1978 with the popular ratification of the constitution written by the first democratically elected Cortes (the Spanish bicameral parliament) in 41 years. More recently, Spain took another important step with the approval of the statues of autonomy for the Basque Country, Catalonia, and Galicia.

The question of nationalities has been an important factor throughout the history of Spain. And in the twentieth century, coinciding with Spain's growing economic power, nationalist fervor has helped produce political tension and destabilization. The Spanish population is not uniform, for it has different national communities, among which are the Galicians, the Basques, and the Catalonians distinguish themselves by having distinct languages and cultures. But history has seen the Castilians (the people of the Iberian Peninsula's central plateau) spread their language and culture over most of the country, to the extent of making the former into the official state language and the latter into the predominant culture.

This cultural predominance has not resolved the problem of nationalities, but, rather, has exacerbated it. Furthermore, the problem is even more complicated because national regions once possessed a judicial-political independence of which they were later deprived. Thus, today, not only do the smaller national groups who face Castilian cultural hegemony demand autonomy, but so do other regions (like Andalusia, Extremadura, Aragon, the Canary Islands, and others) that base their demands on history or in economics. Therefore, segments of the population demand the Statue of Autonomy to preserve a distinct language and culture in some cases and to attain the greater economic development and equality that derives from self-government and greater control over one's natural resources.

The new Spanish constitution guarantees the right to autonomy of the "nationalities" and "regions" that compromise Spain, although a distinction between the two terms is not made. So far parliament has passed the statutes òf autonomy for the Basque country, Catalonia, and Galicia. The first two have also been approved by referendum, this requisite still pending for the third.

The Basque demands for autonomy became the most important political issue in Spain when one nationalist group, Basque Country and Freedom (ETA), used terrorist tactics in pursuit of its ends. The political reform that followed General Francisco Franco's death in November 1975 did little to assuage the separatist sentiment among many Basques. In fact, the erroneous "pre-autonomous" and law and order policies of the new government exacerbated tensions and pushed the radical groups into even more extreme tactics. Nationalist extremists harassed the government with street demonstrations and wildcat strikes. The government responded with violent repressive measures. But rather than quieting the ETA, the repression resulted in an escalation of terrorist activities. ETA assassinations and bombings began to to kill private citizens as well as civil servants, military officers, and police. Thus, life in the Basque region continued under extreme tension, in an almost constant state of siege.

In this tense atmosphere, the moderate nationalist forces, the Nationalist Basque Party (PNV) and the Basque Left (E.E.), and the main left-wing parties of the country, the Spanish Workers' Socialist Party (PSOE) and the Spanish Communist Party (PCE), formulated a Statute of Autonomy, which parliament passed after slight revisions.

Perhaps, the statute came too late however. Although d the law respected Basque aspirations by granting the region its own parliament, government, and police force, extremists like the United People (H.B.) considered the statute insufficient and called for abstention from voting on the referendum held to approve it. For its part, the ETA divided into three groups, each of which adopted a different attitude toward the statute. The political-military group, which usually agrees with the E.E. on political analyses, supported the statute as a good start toward its political goal of full independence. The military branch, which usually agrees with the H.B. on political analyses, and the so-called autonomous commandos rejected the statue and continued their terrorist activities. Therefore, violence infected the campaign that preceded the referendum and eventually affected the result itself.

The basque Statue of Autonomy was approved by an absolute majority, 90.3 percent of the votes cast. Abstention, however, seemed relatively high, 41.2 percent, when compared with the average proportion in pervious polls, 37.0 percent. Nevertheless, the referendum can be considered a triumph for the moderate nationalist forces and a failure for the radical nationalist forces because the level of abstention was lower than that of the municipal elections of April 1979 in which radical groups participated.

The political strength of the extremist nationalists is concentrated in specific areas, but even in these areas it does not constitute a majority of the population. In Vizcaya province, the abstention level peaked at 42.5 percent, but the percentage of affirmative votes also peaked, reaching 90.4 percent. But Alava, another Basque province which is considered a right-wing stronghold, recorded the lowest level of abstention, 36.8 percent, but also had the lowest percentage of affirmative votes, 83.6 percent.

In short, the approval of the statute did not resolve the problem of Basque disaffection, although it was an  important step. The Madrid government and the moderate political forces of the Basque region must attempt to win over the broad sector of the population that opposed the new decentralized system either by abstaining or by voting "no." Furthermore, the ETA's terrorism will end only if it loses the support of this sector of the population. Without this backing, the ETA, though unlikely to disappear, would diminish in numbers and eventually die. But for now the ETA continues to operate, with not only the military branch or the autonomous commandos being active, but also the political-military branch, which recently kidnapped Javier Ruperez, presidential adviser on international relations.

In Catalonia, autonomy came without the tension and violence that characterized the Basque region. All the major political parties – left- and right-wing – participated in the writing of the statute that was passed by parliament. The result of the referendum, however, surprised many. First, the level of abstention, 40.3 percent, though lower than in the Basque region, was much higher than expected. Moreover, the percentage of affirmative votes, 88.1 percent, was lower than the Basque statue obtained. Although the heavy rains on polling day may have reduced the turnout, it seems obvious that political motivations underlie the surprising level of abstention and the relatively high proportion of negative votes.

Perhaps the disenchantment with the "pre-autonomous" government caused the high level of abstentions. If the referendum had been carried out a year earlier, at least eighty percent of the population would probably have participated, for the Catalonians were euphoric about the coming autonomy. But this cannot be the only reason for the abstentions because their level fluctuated among the different sectors of the population. The workers and the lower-classes had the highest rate of participation (Gerona, 63.4 percent; Barcelona province, 60.6 percent), while in predominantly agricultural areas participation was somewhat lower (Lerida, 52.8 percent; Tarragona, 54.6 percent), the same occurring in the upper-class district of Barcelona, where the percentage of negative votes was relatively high (ranging from 8.0 in Barcelona to 8.6 percent in Tarragona).

It seems clear that the upper-class sectors of the society most opposed the statute, while the lower-classes most supported it. This fact undermines the prevalent interpretation of the Catalonian question, which defined autonomy primarily as a bourgeois desire that the lower classes would oppose. Of course, one should not make the opposite error by concluding that only the lower-class sectors in Catalonia, primarily migrant workers, are interested in autonomy. But the upper-class sectors seem fearful of an autonomous Catalonia, which, according to the results of the last elections, will be governed by a left-wing majority. Together, the socialist and the communists control half of the votes.

Furthermore, the most important middle- and upper-class Catalonian party, the Democratic Convergence (C.D.), seems more inclined to collaborate with the left-wing forces in a coalition government than with the middle- and upper-class party, the Union of the Democratic Center (UCD) – the Madrid government's party – in a center-right coalition for fear of losing its nationalist character. The Catalonian middle-class seems unable or Unwilling to associate itself with a particular party, preferring to wait for the political situation to clarify itself.

The Galician quest for autonomy shows how far the Madrid government is willing to go in granting other distinctive national communities political control over their own political affairs. Galicia, separated from the rest of the country by mountains that make communications difficult, is inhabited by one of Spain's most distinctive national communities. It is also a poor region that was deliberately forgotten and economically exploited by the central government for many centuries. Only recently has it managed to advance economically. demand self-government or a terrorist group forceful enough to attract attention to its cause.

Consequently, the debate in parliament over the Galician Statue of Autonomy will serve as an example to the other economically disadvantaged regions of the country because other regions probably will want to acquire similar autonomy. The Madrid government may want to give less autonomy to Galicia than it did to  the Basque region and Catalonia in order to avoid pressures for autonomy from other provinces.

With the approval of the statutes of autonomy of the Basque Country and Catalonia and with the likely acceptance of the Galician one, a promising solution the problem of nationalities in Spain undoubtedly beginning. Thus, the political integration of the people that compose Spain, which began traumatically in the fifteenth century under the regime of the Catholic kin finally seems to be approaching culmination in agreement and solidarity through the new constitution and the statutes of autonomy.