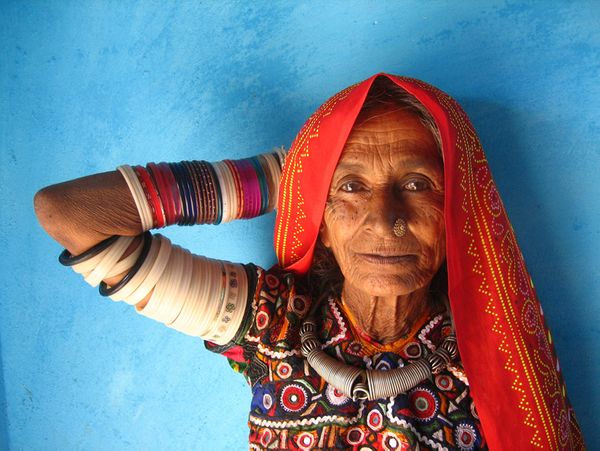 Suraj Yengde is a post-doctoral fellow at the Initiative for Institutional Anti-Racism and Accountability at the Harvard Kennedy School, the author of the bestselling book Caste Matters, and a co-founder of the Dalit-Black Lives Matter symposium and Dalit and Black Power Movement.

To get started off, how did India react to the Black Lives Matter movement and the protests after George Floyd's death?

I think the fundamental difference between India and the rest of the world is that India has not reacted in the scale that we have seen elsewhere. There have been some social media posts, but that's about it. I think the reason for that is the COVID restrictions, especially the curfew that the state has put on, explaining why we don't have that much activity on the streets. However, the Dalit community [members of the lowest rung of the Indian caste system] has been very active in protesting in solidarity with the Black movement. I've seen a spate of protests and messages circling in the Dalit community, which has historically felt connected with the Black people in America. They have reintroduced their own historical connections and, as usual, stood steadfast with their African American sisters and brothers in the United States.

That segues perfectly into my next question. Historically, how have the Dalit and the Black community stood in solidarity with each other? How have they influenced each other historically?

The connection between Dalits and the Black community is 140 years old. Historically, one thing we need to understand is that those in the Dalit movement have always looked up to their African American compatriots. The Dalit Movement has tried to learn from them and to get inspired from the struggle. In the aftermath of the American Civil War and the slaves had become free, the Dalit community looked at itself and said, “You know what, this is literally us. We are just separated by different reasons of oppression, because race in India is caste.” The historical connection builds upon that. In the post-independence era of the 1970s, the Dalit Panthers, a Dalit version of the Black Panther movement, came into force.

Today, in the twenty-first century, I inaugurated two initiatives, the Dalit Black Lives Matter movement and the Dalit Black Power movement in India. Our connections are rich and historical, but it's just that it never materialized in the scale that we are seeing it is materializing now. I am the one who facilitates this conversation, and I am doing the work that was initiated 140 years ago.

If you could elaborate a little bit more on your work with those two initiatives, that would be wonderful.

When I came here, I saw the gap that existed between the Dalit and Black struggles; they were literally not talking to each other, although they were in solidarity. It's kind of weird, like they knew each other, but the black community was very much distant. They didn't know who to talk to from the Dalit community, with few exceptions, like Angela Davis, who had a little access. But I don't think she utilized a platform to advocate for Dalit rights internationally. As a result, I thought it was about time that I collaborated with our comrades in the BLM movement here and facilitated a conversation to include that. BLM Boston is very sensitive to the caste issue, to the Dalit people. They raise it whenever they go to rallies, alongside the issues of Roma people, Palestinian people, and all the people who are oppressed across the world. I think that's a significant kind of intervention.

Meanwhile, the Dalit Black Power movement was inaugurated in India, and its intention is for Dalit youth to be sensitive to the Black struggle in America and across the world. It's not only confined to America, but it looks at the anti-Black racism in Europe and in the broader Americas. It tries to explicate that the word “black” refers to not only the melanin “black,” but also anyone who is not white and who is oppressed across the world. That could be due to colonialism, imperialism, historical atrocities that were imposed upon the native people, for example, the indigenous people of Australia. Then we talk about the oppressed caste people of the Middle East in Yemen and the neighboring regions.

We utilize that as a broader framework, and then we put ourselves in solidarity. The Dalit Power movement in India works simultaneously. Some of our comrades in South India facilitate an Africa dialogue, where they get students from African origin who are studying in India and have a joint graduation ceremony to share culture, dance, and music.

It's very unfortunate that these parallels were never made apparent. With very few exceptions, African-American scholarship, especially when it comes to global scholarship, is not very invested in the Dalit struggle. The parallels are so glaring and obvious that we’re screaming loudly for people to pay attention.

You can see the obvious parallels between these groups: the oppression, the police brutality, the incarceration. Then, you see the economic atrocities imposed upon these poor people. They don't have assets, they don't have land, they are homeless. We can equate this to the situation that happens in America, not in the beggar conditions, but the people who are on the streets trying to hustle and make ends meet. The exclusion of Dalits from important positions of power that happens in the same way that Black people are excluded from power.

Similarly, there is a historical legacy of slavery, making people into products and commodities. In India, it was an enslavement of the untouchables under the religious norms of Hindu code. Of course, the scale of Dalit oppression is more than 3,000 years old, compared to the African Americans with 400-year-old oppressive structures. Then there is a structural kind of denigration of the black body. That same happens with the Dalit. The institutions that we have raised are anti-Dalit. Similarly, in a racialized America, it's anti-Black. When you look at how politics is defined, there is a tokenization of Black politics. Similarly, we have a tokenization of Dalit politics.

And then there is the verbal “support,” but there is no concrete action when it comes to uplifting the Dalit people from the wretched conditions of their lives. I can see that similarly reflecting here. More importantly, India benefits from the enslavement and the oppression of the Dalit people, and the United States also benefits from the oppression of Black communities. One can write a dictionary of similarities of these people separated by distance, yet connected by their oppression.

Why do you think that these parallels or these similarities haven't been discussed as much in the international media?

First, Dalits like me and others were not here in the United States. It took so many generations for me to be here at Harvard, to be able to claim my identity and fight for it with confidence. It hasn’t been imagined before, and I am one of the very rare exceptions to the rule. When they were here, they were not talking to Black people as actively as I do.

Second, structural barriers, but especially distance, prevented cooperation. Nobody facilitated this conversation. Nobody informed Black people in America about the Dalit Panther movement or asked them to be in solidarity, and I think there was a little bit of oversight within the Black Panther leadership, which did not pay attention to the Dalit cause.

What do you see as the next steps moving forward for these movements?

I think the Dalit and Black people need to be in blood and flesh next to each other, so there need to be more exchange initiatives. The Dalit people need to come to America, spend time in the Black colleges and Black universities with Black intellectuals, Black communities, Black ghettos. Similarly, the Black people of America should go to India and spend time with the Dalit ghettos, attend Dalit schools, spend time with Dalit scholars, cultural activists, artists. Once we have this cultural exchange, we can then build upon that with a new kind of solidarity and I'm very desperate right now to start this initiative. I've been trying to do this for the last five years.

Hopefully, at this moment, we are able to bring back the legacy of Dr. Martin Luther King Jr. Dr. King went to India, but he couldn't spend time with the Dalits. Now, the intellectual progeny of Dr. King can take forward his legacy when they go to India and spend time with their Dalit brothers and sisters. Dr. King himself was very concerned about the condition of Untouchables. That is unfortunately not discussed much, and people are unaware of that, but when Dr. King went to India, he was very concerned about the condition of poor Untouchables. In fact, he mentions them in his Palm Sunday Sermon when he came back to India. I'm giving an opportunity for our African American sisters and brothers to come back and relive the dream that Dr. King couldn't finish.