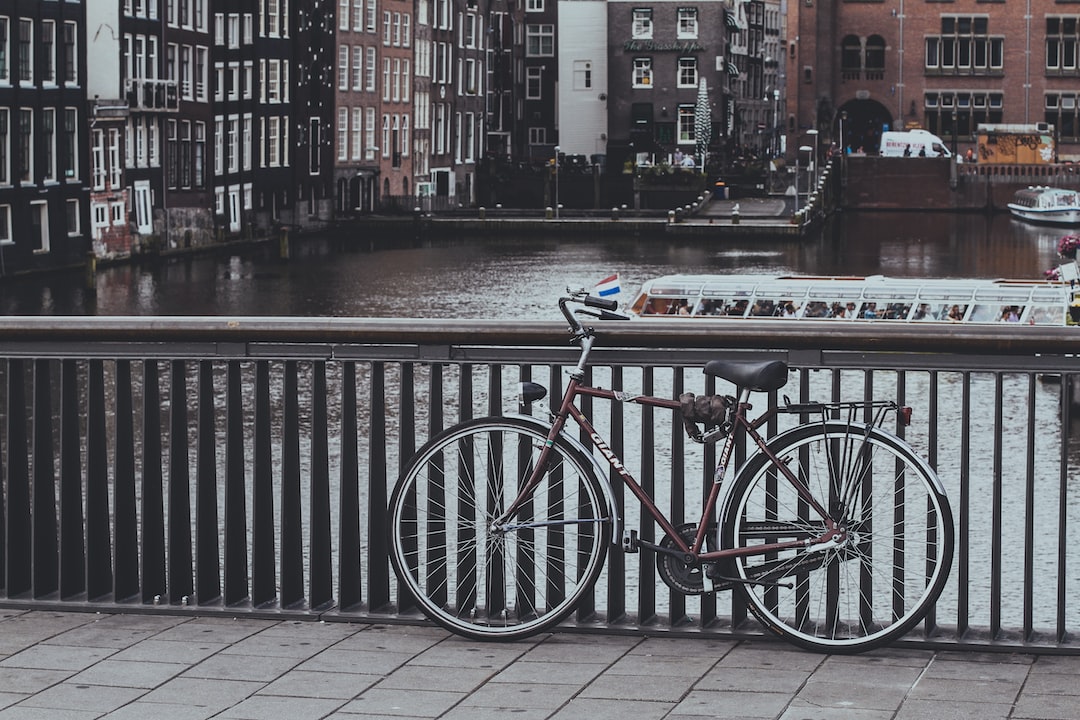 To equitably address health and climate change worldwide, one solution stands out: the bicycle. However, bicyclists compete with drivers in most countries, and cyclists’ vulnerability to crime discourages their use in higher crime neighborhoods. Unfortunately, many lower-income, ethnic-minority neighborhoods lack the safest bicycle facilities because allocation of funds depends on the public participation process, which requires many volunteer hours and knowledge of which bicycle facilities are the safest.  Bicyclists also compete at public meetings with home and business owners who want to continue to have cars parked on the side of the road, and transportation officials often side with those residents and business owners, not the bicyclists who would use the public right-of-way for transportation.

To change from the current system, decision makers charged with responding to the larger issues of health and climate change should allocate funding based on those concerns while avoiding making decisions for just the loudest residents’ interests. Also, climate change should be anthropomorphized so she has a voice at public hearings and can offer her insights when rewriting bicycle facility design guidelines.

What Environments Are Safest?

In a recent study conducted in Boston’s lower-income, ethnic-minority neighborhoods, individuals familiar with the neighborhoods examined 32 pictures of different bicycle environments to gauge their potential for adverse safety outcomes, such as crime or crashes. Eight groups, deemed community sense, included individuals from churches and YMCAs, and five of the groups, deemed street sense, included residents in halfway houses and homeless shelters or gang members. Including this latter group was critically important because they see opportunities for crime and can suggest how to lessen vulnerability.  Their comments, aligned with 55 different themes, offered details about the best and worst bicycle surfaces and contexts through which to travel.

A wide two-way cycle track with newly painted lines, bike stencils, and arrows that indicate the correct direction to bike represented the lowest crime risk. Some participants figured that  bicyclists would know the way back home, so they would avoid getting caught in risky situations.  Contextually, the participants felt safest in areas with good lighting, clean signs, well-maintained greenery, and homes and businesses, while they felt more at risk in areas with litter and dark alleys.

Participants reported that one-way wide red cycle tracks with a median, a bicycle stencil, and a directional arrow were safest in terms of crashes, while the safest surrounding context for low crashes had people around to report the crash and bicycle signals. Cars nearby, bus stops, and multiple intersections decreased crash-related safety, the participants felt.

How Do Current Guidelines Fare?

Unfortunately, current bicycle facility guidelines do not reflect the participants’ feedback. Guidelines such as those published by the American Association of State Highway and Transportation Officials (AASHTO) and the National Association of City Transportation Officials (NACTO) used the same materials in the bicycle facilities that engineers specify for the construction of roads such as lines, delineator posts, signals, and signs, leaving other bicycle-specific facilities out of the mix. While the transportation guidelines suggest lessening crash risk with barrier-protected cycle tracks and bicycle signals, they do not mention reducing the corresponding crime risk.  Furthermore, the AASHTO and NACTO bike guidelines do not discuss refined details about the surface of the bicycle facility, such as faded stencils, or the surrounding context through which the bicycle facility passes, such as cafes, second-story windows, and shops for added surveillance. Therefore, incorporating these environmental factors could significantly improve the safety and desirability of biking.

The Crime Prevention through Environmental Design (CPTED) principles also reflect dated ideas about bicycles and crime.  Published in the 1960s and 1970s, they included the recommendation for “eyes on the street,” a concept involving neighbors knowing neighbors. However, on a Main Street with sidewalk cafes and storefronts, not everyone would know the bicyclists passing.  Therefore, the study’s insights suggested updating the CPTED to foster caring amongst strangers through locally owned sidewalk cafes, flowers, room-creating tree canopies, and downward warm lighting to enhance bicyclists. By incorporating the context enhancements from this study, city officials might see the economic development benefits from an enhanced cycle track network.

The insights from this research came from individuals familiar with lower-income ethnically diverse neighborhoods in the United States, and these neighborhoods are the last to have the state-of-the art bicycle facilities.  The current system to get the best facilities involves the public participation process, and the largest group of work-commute bicyclists live in households that make less than $10,000 each year. Since they have less time to attend countless hearings, this means policymakers do not take their opinions into account.

However, another approach exists. Other countries such as the Netherlands and Denmark, decided to provide wide bicycle-exclusive cycle tracks and penalize a driver if they hit a bicyclist starting in the 1970s. The Dutch and Danish residents do not have to spend hours in evening hearings making the case for the bicycle facilities because building bicycle facilities is as automatic as building roads and sidewalks.

While these enhanced demarcations would be easy to conceptualize in China due to the country’s long history of providing extremely wide cycle tracks, the practice would be more difficult in crowded countries such as India or Nigeria.  In these countries, cycle tracks are an open space that can quickly fill with vendors, temporary housing, or piles of gravel and sand.  The best way to discourage encroachment would be enforcement of existing rules and beautification of the corridor and edges so that users realized the bicycle place is sacrosanct, along with a steady flow of bicyclists.

Cycle Track Systems as a Series of Living Rooms

To help frame the design of these bicycle facilities in different countries, city officials could think of cycle tracks as a series of living rooms. This distinction is necessary because a vehicle occupant and a bicyclist are not in the same environment. The vehicle occupant is sitting in a locked living room with a controlled temperature, seating comfort, sound, and even perhaps company. The bicyclist has no crumple zone, no protection from the weather, and is vulnerable to crime and crash contact.

When the bicyclist travels through a series of living rooms, they would want a consistent carpet or hardwood floor so they did not have to look down and could instead look up and enjoy the rooms as the pass through. They also would prefer to have a carpet runner as a desire line to help in their decision about direction of travel. In going from one living room to another, they would know, seeing a closed door, to stop and wait until given permission to enter. The bicyclist would be bored if traveling from one unoccupied beige room to another and would appreciate color variation, views out windows, and casual conversations with people sitting on the couch. Bicyclists would be hesitant to enter a dark room because furniture might be in the way, and they would find a room more inviting if lit with shaded lamps.  The bicyclists would also appreciate details in the living rooms such as geraniums in the windows and seeing the children playing with the dollhouse.

The Dutch, who have been perfecting the bicycle environment since the 1970s, offer insights. The Dutch have red carpets on their cycle tracks to distinguish the bicycle environments from the road sections for vehicles.  They also have timed bicycle signals as closed doors that open when bicyclists have their turn to enter the road. Bicyclists travel on the smooth red carpets besides housing areas, parks, cafes, and schools, and they can always enjoy the view because they do not have to be looking down for potholes. On the red carpet cycle tracks, the Dutch bicyclists are in their own room and, if a vehicle enters their room, the driver receives a citation.  Sometimes the Dutch bicyclists are traveling through a living room shared with drivers but, in this room, the driver again receives a citation if she harms the bicyclist. Unlike the car occupant who is sheltered from rain and snow, the Dutch cyclist has to bike in the elements, but their travel surface, colorful storefronts, and views of nature are consistently present.

Where Do We Go From Here?

The car culture is so dominant in some countries that even the best efforts only result in isolated segments of cycle tracks.  Especially in the United States, the public participation process is an unfair time burden on the bicyclists who have to attend countless hearings where the transportation officials,all on full salary, present their plans. Even the time citizens spend in meetings does not result in cycle tracks, so discouragement runs high.

While the overall number of bicyclists killed is lower than the overall number of vehicle occupants killed, bicyclists are killed at disproportionate rates, which reveals the unjust risk for bicyclists, more responsive to climate change than even electric vehicles.  In the discussions about autonomous vehicles, bicyclists become secondary or non-existent, but AVs will only add to congestion in high density cities with growing populations, hurting bicyclists further.

Building on the Dutch example has involved copying some picturesque elements from their bike facilities, but it has regrettably not included their commitment to build the best bicycle facilities. Rather than just looking at the pictures in the Dutch bike facilities book, all countries should hire Dutch engineers and solicit their input on the best locations for bicycle facilities, as well as local communities. Elected officials should take their advice. If they do not, they should not be re-elected.

Rather than only showing car owners the stick, governments should also introduce carrots such as off-street car parking with EV charging stations so wide cycle tracks can replace parallel parking. Furthermore, the homeowners who live near tall apartment buildings should be able to buy, and not just rent, the vacant parking spaces in the building.

With dense cities, income disparities, care for racial issues, and climate change, the time is right to change the current model and establish new priorities. By focusing on the bike, it is possible to rethink the built environment and identify the best decisions for this generation’s health and the planet’s future.

Anne Lusk is a Research Associate at the Harvard T.H. Chan School of Public Health, where she is one of the world's foremost experts in promoting bicycle usage among lower-income and marginalized communities.