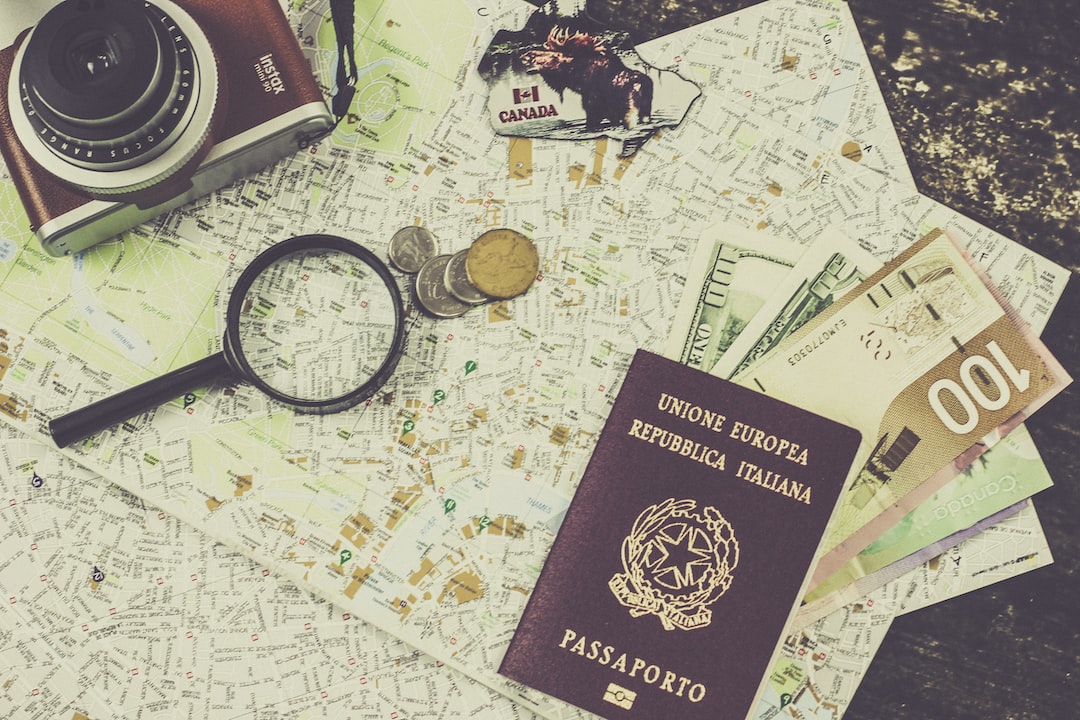 Many nations in the modern world order have fought long and hard to earn their political independence, national self-determination, and consequently the status of citizenship for all their people. According to British sociologist T. H. Marshall, citizenship is "a status bestowed on those who are full members of a community. All who possess the status are equal with respect to the rights and duties with which the status is endowed."

Citizenship defines not only civic rights and responsibilities but also opportunities. Not all citizenships are equal: different passports grant diverse benefits ranging from freedom from discrimination to ease of international travel. There are widespread inequalities of access to the most coveted countries of the world: for example, all but 62 citizenships in the world require a visa to travel to the Schengen area in Europe. The Schengen area is a border free zone that comprises of 26 European countries in which citizens of each country can travel, work, and live without special formalities. Any person legally present on the Schengen territory can cross internal borders freely, without being subjected to border check. Having visa-free access to the zone can be desirable for both business and leisure purposes. While citizens from more economically developed nations such as the United States or Japan can easily enter the region, underdeveloped and developing nations often require a visa, with low approval prospects. More than 49 percent of Nigerian applicants for the Schengen visa are rejected, with similar numbers for countries like Iraq, Guinea, the Democratic Republic of Congo, and Algeria. As immigration laws grow increasingly strict globally, the inequalities of access to certain coveted countries rise in tandem. However, circumventing the constraints of immigration is possible. Today, regardless of the country you come from, you can buy your way in.

How do you buy a citizenship?

In several countries, acquiring citizenship is relatively easy, for a price. Within the European Union, Malta’s citizenship-buying program is the most appealing for wealthy foreigners hoping to obtain the Schengen visa. Foreign buyers are required to make a donation of US$716,650 to a government fund, purchase bonds for three years, and invest in property in the country in order to receive citizenship. Being a citizen of Malta then grants its recipient all rights and privileges of being a citizen of the European Union—that is, the right to travel, live, and work in any other country in the zone.

The purchase price is not always clear-cut. Take the Israeli passport, which grants visa-free travel to Britain and costs anywhere between US$100,000 and US$2 million for non-Jewish individuals (the 1950 Israeli Law of Return grants every Jew the right to become an Isreali citizen). Roman Abramovich, Russian billionaire and owner of the Chelsea football club in England, was one such buyer who roused international debate when he turned to Israel after trouble renewing his British visa.

Why buy a citizenship?

There are many different reasons to want a second passport. Some seek refuge from instability or political persecution. Others search for better opportunities and educational prospects for their children. Sometimes, traveling businessmen from poorer countries may want to reduce the endless visa hassles that they encounter with their own passport.

For selling countries, citizenship-by-investment increases public revenue and investment, and can boost economies devastated by natural disasters. For example, since Hurricane Maria devastated Dominica in 2017, the selling of citizenship and residency now accounts for half of the government’s total revenue, as of August 2019. According to Prime Minister Roosevelt Skerrit, this source of income has been used to enhance different aspects of Dominican society, such as education, healthcare, housing, climate resilience, and ecotourism. This is not an isolated case; Bill Bani, government-appointed citizenship agent in the Pacific island of Vanuatu, explains: “We don't have a lot of natural resources. [Residency sales are] bringing in a lot of money to Vanuatu.” Swiss lawyer Christian Kalin, chairman of Henley & Partners, a big player in the rapidly growing market of citizenship, affirms that citizenship-by-investment reflects “a world where everything has become more fluid,” and criticizes the “outdated” notion of citizenship that limits people to their birthplace, remarking: “What is wrong with admitting talented people who will contribute?”

The risks of citizenship-by-investment

Buying a new citizenship seems like a harmless practice, limited to a wealthy and most likely beneficial demographic for the countries involved. So what are the risks associated with this business?

First of all, countries that sell their citizenship are also selling their rights to access other countries without the latter’s approval. While deciding who is allowed access to a country’s citizenship is above all a national competence (which means that each state should have unique discretion over who it grants citizenship to), the practice of granting documentation for purely economic reasons without considering identity links, possible illegal motives, or consequences on other sovereign nations is causing distrust and tensions between historically friendly countries. For example, Canada has already revoked the visa-free access of several different nations, such as Antigua and Barbuda, for its permissiveness in its granting of citizenship: it costs only US$100,000 to get Antigua and Barbuda citizenship, and requires only 5 days lived on the island. The issue of how one country’s citizenship program affects other nation-states becomes even more problematic when it comes to the European Union, which represents a unique case of free borders. Coordinating identical immigration policies between all member-states is a vital prerequisite for the effective functioning of the Schengen Agreement. European Commissioner for Justice Vera Jourova stated in a press release on the risks of investor citizenship:

“Becoming a citizen of one Member State also means becoming an EU citizen with all its rights, including free movement and access to the internal market. People obtaining an EU nationality must have a genuine connection to the Member State concerned. We want more transparency on how nationality is granted and more cooperation between Member States. There should be no weak link in the EU, where people could shop around for the most lenient scheme.”

Jourova points out an important aspect of the issue of citizenship: European citizenship is above all a tool for creating a unique European identity, among individuals with a broader common history and culture. This includes individuals who may be from another region of the world, as long as they have a genuine connection to Europe, but it does not include individuals who desire a new citizenship simply for its economic and practical purposes.

For countries who are associated with countries with lenient citizenship schemes, as well as for international organizations, one of the implied fears is the increasing opening of borders to illegal activities. A common example is tax evasion: for example, foreigners who secure their tax residence in the United Arab Emirates are able to block the flow of data to tax authorities in their home country, freeing them from taxation responsibilities. Similarly, the Pacific Island of Vanuatu has a reputation for being a corrupted tax haven, and recently joined the European Union’s blacklist of countries for transparency and corruption issues. Yet citizenship only costs about US$150,000, requires living there for a minimum of only 30 days, and grants visa-free access to the European Union. The OECD is increasingly concerned that such operations will undermine its efforts to fight money-laundering and tax evasion.

In other cases, wealthy foreigners can take residency in another country to escape criminal persecution at home, in which case the selling country becomes complicit in sheltering crime for profit. For example, Mehul Choksi, an Indian billionaire who is wanted in India for a US$2 billion fraud scheme with the Punjab National Bank, has recently moved to Antigua and Barbuda, of which he is a citizen since 2018. If escaping to lenient nations becomes the go-to solution for wealthy criminals, then citizenship-by-investment may become complicit in hindering the efficiency of the international justice system.

Having acknowledged the diplomatic and legal issues that citizenship-by-investment causes, we now turn to the most important consequences of this common practice, which are the ethical concerns that it presents. Because most schemes require significant investments in the country’s economy, citizenship-buying is reserved for the richest people in the world. While millions of people each year apply for and are denied European or American visas and citizenship, giving an easy way in to the top 1 percent perpetuates inequality of opportunity in a world that is already biased towards the wealthy.

Beyond perpetuating inequality, rendering the sacred rights and privileges of being a citizen into a commodity blurs the definitions of national identity, civic duty, and territorial borders. A passport is often a source of pride—it sometimes symbolizes a fight for national self-determination against imperialism, but more broadly it represents national identity and political sovereignty for all nations. If governments begin selling state identity and a false sense of national pride to anyone who asks for it, regardless of their ties to the nation, they are sending a message to their true citizens that their national identity means nothing. In the aforementioned Island of Vanuatu, Anne Pakoa, a community leader, spoke to BBC: “Our ancestors died for our freedom. Now people are carrying the same green passport I carry? For $150,000? Where is the money? I think this has to stop.” Dan McGarry, in charge of the local newspaper, reiterates: “Is this what we fought for? Is this right? Is it right to sell our hard won sovereignty to the highest bidder?”

What happens, then, with the civic rights and duties that come with being a citizen – most importantly, the right to vote? Citizenship involves political responsibilities, and the right to vote should be reserved for individuals who care about the political development of their nation, who see their citizenship as more than just a commodity, but rather as a source of pride and obligations, with which comes the duty to participate in civil society for the betterment of public life. If small nations oversell passports, native voters could gradually be outnumbered by foreigners with little political ties to the state, which would negatively affect democratic assumptions and practices. The economic interests of wealthy individuals who have acquired a citizenship for private needs are often radically different from those of nationals who live on the land with distinct conditions of living. It becomes extremely problematic if these diverging interests are projected in politics, because it compromises the integrity of the channel used by true citizens to achieve political objectives and basic necessities. Additionally, if nationals feel that their citizenship has lost its value and meaning, they may no longer feel compelled to vote, debate, or care about the political development of their nation. National identity and a sense of belonging to a community is essential for political participation, and if citizenship is granted to all (or to the highest bidder) beyond ties of identity and cultural affinities, then national identity becomes nothing more than another transactional good.