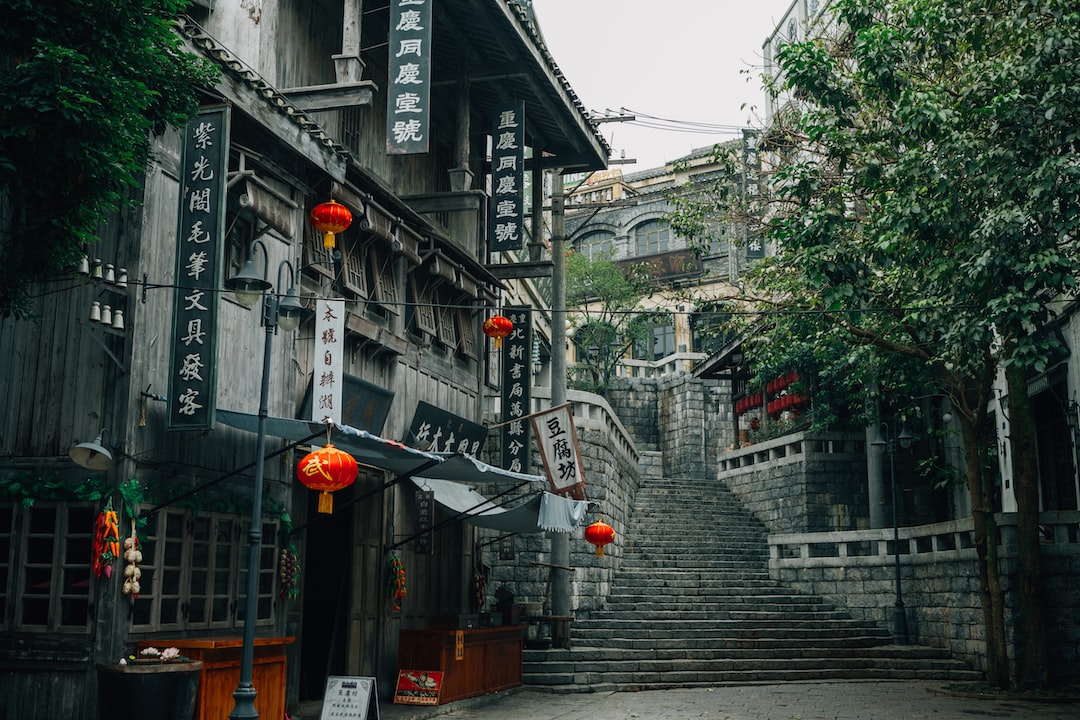 China's Uncertain Future under an All-Powerful Xi Jinping: An Interview with Joseph Fewsmith

Given Xi Jinping's removal of the presidential limit in China, what are the long-term ramifications of China's transition from an institutionalized political system to a more personalistic one?

I have never agreed with the conventional wisdom that China's political system was institutionalized. One could argue that there were aspects of it: people will say that Jiang Zemin and Hu Jintao both stepped down after serving for two terms. On the surface, that is correct. But when did Hu Jintao ever become yibashou (the first one in charge)? If you look at the personnel choices that Hu Jintao made in that period (I have to give Li Cheng a lot of credit for tracing this well), he often appointed one of his own protégés, and then one of Jiang Zemin's. Why did he do that? Because although he was officially the party's general secretary, he was not really in charge, so although you can say that over the years Hu Jintao was gaining power, I don't think you can ever say that China's political system was institutionalized and the two-term limit was really accepted.

When Jiang Zemin stepped down in 2002, he packed the Standing Committee of the Politburo with two of his followers: Hu Jintao could not control the standing committee. Ironically, Jiang Zemin was probably stronger the day he stepped down than the day before he stepped down, so I've never accepted the idea that China was institutionalizing or has ever reached that. Therefore, the fact that Xi Jinping removed the presidential term limit didn't surprise me. I have always expected him to serve at least three terms.

I think this is just in accordance with party history. After Deng Xiaoping stepped down, he still controlled things behind the scenes. Now there is an interesting question about why Xi Jinping decided to hold power in his own name as opposed to continuing the tradition of controlling things behind the scenes. Did he feel that he will not be strong enough if he stepped down? Did he feel that a successor might go after him as he went after many people before him? Why did he decide to continue to hold power in his own name?

That's probably a question of politics or of personal ambition. I think Xi Jinping is a very ambitious person. Maybe in good ways, maybe in bad ways. I remember when Xi gave the "two 30-years" speech, it was like setting up for a third 30-year period. Among China's political elite, it's unusual that somebody would reveal his ambitions that clearly.

How was Xi Jinping able to concentrate his power? How did he manage to remove the presidential term limit without serious political opposition?

I think Xi Jinping was selected by the party's elders to become the leader in part because he looked fairly weak. He had a reputation of being mild-mannered and easy to get along with. Unlike Bo Xilai, he had no great following. Maybe Jiang Zemin and Zeng Qinghong thought that Xi Jinping would be willing to take their instructions and would be easier to work with. I don't think they anticipated him becoming this strong this quickly.

But then came the Bo Xilai case and the apparent collusion between Bo Xilai, Zhou Yongkang, and Xu Caihong. In 2012, Xi Jinping suddenly disappeared for two weeks. There were all sorts of rumors about what happened to him (there was even a rumor that he hurt himself while swimming). But that period when Xi disappeared happened to be four days after Ling Jihua was removed from the General Office and moved to the United Front department. At that moment, on top of the Bo Xilai case, all of a sudden China was in real crisis. While we don't know what happened in those two weeks, we do know that the campaign against corruption happened almost immediately after the 18th Party Congress.

So my guess is that in those two weeks, Xi Jinping was laying out evidence against extra-organizational collusion among Bo, Zhou and Xu. He was trying to convince the party's elders that if the Chinese Communist Party was going to survive, he would need the authority to clean up corruption and factional infighting within the party. Without his plan being spelled out very carefully, the then-elders, Jiang, Zeng and others, probably gave Xi permission, not envisioning the extent of what Xi was going to do.

After the 18th Party Congress, Xi first went after a deputy secretary of Sichuan Province, Li Chuncheng, who had a direct connection to Zhou Yongkang, the former security tsar. In retrospect, it becomes clear that Xi was targeting Zhou right from the beginning. In order to do that, he had to gain the permission of Jiang Zemin and others. Then, he was able to turn his campaign against corruption into a very far-reaching campaign that has brought about his dominance of the party. It's really quite extraordinary.

What are the possible challenges to Xi's rule? Would the succession problem be a potential threat to China's political stability?

I think there are a lot of powerful people who think that Xi has gone too far, but nobody has been able to challenge him successfully so far. Unless he makes a major mistake, it would be very difficult for anybody to challenge him, so I think he will be in power until he voluntarily steps down or dies.

While Xi would like to pass power on to one of his followers, I don't know whether that will happen or not. When you hold on to power for a long period of time, I think it becomes much more difficult to pass it on.

Who are the most powerful people in Xi Jinping's cabinet? What roles will Premier Li Keqiang and the newly elected Wang Qishan play in the next five years?

Premier Li Keqiang has been sidelined for the last five years. The major decisions on the economy were all made by Xi Jinping's Deepening Reform Leadership Small Group. For five years, Xi's group made the decision and made recommendations to the Politburo. Li Keqiang was almost three levels down. At the 19th Party Congress, when the Chinese Communist Party wrote "the party leads everything" into its charter, it became even clearer that Li Keqiang's position as head of the state is much weaker than Xi Jinping's position.

I don't think we know what role Wang Qishan will play. The influence of the vice president of China depends on how much the influence the general secretary allows him to have. For example, I think Yang Shangkun and Zeng Qinghong were both fairly powerful vice presidents, not because of the position itself but because it legitimizes their role in politics. Li Yuanchao, on the other hand, had much less influence. Since Xi and Wang have collaborated closely in the past five years, I think Wang will have more influence than most previous vice presidents.

Clearly, the concept of balance of power will help us better understand the situation. Because China has become a rising power, both in economic and military terms, the United States would feel that their interests in Asia are being challenged. China has become more willing to assert its interests, particularly in the Asia region. The South China Sea is the clearest area, because it has not been regarded as an area of core interest to China before. Obviously, the reclamation of islands and the building of military bases on them all affirms China's determination to control this part of the world. Clearly, the United States is not going to be happy about that. While neither China nor the United States wants to have a direct confrontation with each other, the relationship between them is likely to become more difficult in the future.

In that sense, I don't think the political changes in China make a whole lot of difference, except that Xi Jinping may have become more personally ambitious. I follow the Taiwan issue very closely, and I think the likelihood of military conflict there is very low. But does Xi want to see Taiwan reunified with the mainland within his term? If so, that would set off a real confrontation between the United States and China, and also damage China's global image and prestige. Even if China got Taiwan back, I don't know what China would do with it because the people in Taiwan are not going to be happy. It would be very difficult for the mainland to exert any type of control over Taiwan, and the more mainland tried to exert control, the more difficult the issue would become.

While there are obviously trade issues that China and the US need to negotiate, I think most of us would have wanted the Trump administration to really sit down and think through what constitutes our most important interests and how to pressure China on those issues. Instead of imposing US$60 billion in sanctions on Chinese products without specification, the Trump administration should carefully weigh our points of leverage and predict how China is going to push back. There is a whole range of trade issues China can leverage, including soybeans, agriculture in general, airplanes, and more. I think what really bothers everybody at this point is that the Trump administration seems to be so impulsive. When the president visited China, he should have brought a whole trade delegation with him to sit down with Chinese trade representatives to negotiate the deals.

7. What is the prospect of democratization in China?

I don't think China is going to democratize anytime soon, since there is no force inside China that can challenge the Chinese Communist Party, but I do think Xi's emphasis on rebuilding the party may have some worrisome consequences. In China, there are party committees in not only state-owned enterprises but also private enterprises. In the past, these have been major channels for corruption, as many companies have used the party committees to gain favor from the government. I think that era may be reversed under Xi and the party will place more demands on companies, which could also lead to more corruption. The campaign against corruption is clearly going to be a long, difficult struggle.

But the Communist Party officials can't contribute to the competitiveness of these enterprises. The economists all tell us that China needs to transfer more assets from the state-owned economy to the private economy, because the private economy is much more efficient. It seems like Xi is pulling it the other way, and that's something we will have to watch very closely in the next few years. There is really a question of whether these moves will damage the vitality of the Chinese economy. If so, the economy will slow down and become less innovative.

Why did North Korean leader Kim Jong Un pay an unofficial visit to Beijing? What are the challenges to the relations between China and North Korea?

Kim Jong Un's visit to Beijing has been a big surprise to everyone. The relationship between North Korea and China has not been good in the past few years. I think that China's biggest fear has been that North Korea would make a deal with the United States and China would be cut out. Obviously, China has a great interest in Northeast Asia, and the country wants to be involved. While China would love North Korea to denuclearize and would probably push the North Koreans in directions that would be good from the United States' perspective, it would also like to exert some influence on North Korea.